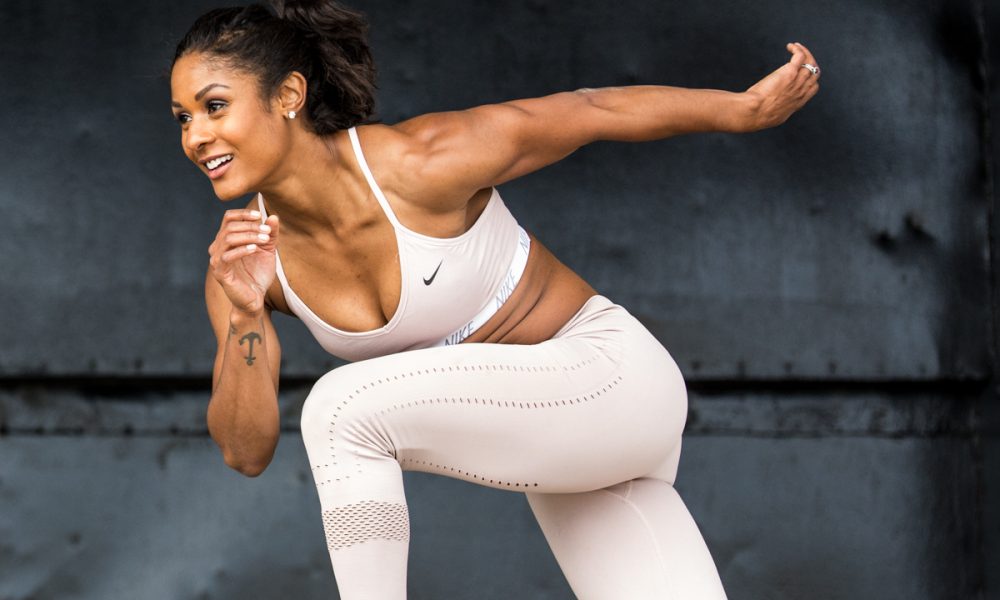 Today we’d like to introduce you to Ashley Mitchell.

Ashley, please share your story with us. How did you get to where you are today?
I have to go way, way back for this one! My father was a professional boxer who donned the moniker “The Punching Postman” because he was quite literally delivering mail for the post office by day and knockouts on HBO by night. Watching my father juggle work, training, traveling and family gave me a very real sense of the satisfaction (and sometimes, isolation) that comes from unbridled and irrepressible dream-chasing.

It’s no surprise then that I wanted to become a professional athlete too! Actually, I wanted to be two things- an Olympic runner, and an actress-singer-dancer extraordinaire. No matter how much I delved into sport, there was always an introverted, creative side that just wouldn’t disappear. I’d get nervous as all hell, but I loved being on stage and I would hope and pray that somehow I could make both of my dreams a reality.

In my junior year of high school, I was the lead runner for a badass distance medley relay team, and when we became All-Americans, there was extreme happiness but also a feeling of being finished; checking a box and moving on. Which- when you’re truly and actively pursuing something, you’re never truly “done”, right? I was tired. I’d be competing for 8 years at that point, and I knew I wasn’t Olympic material. I also realized how much I’d given up for a track. I ran year round – for school, in clubs, cross country camp in the summer, through sickness, through injuries… and I didn’t have enough time for theatre.

After high school, I decided to trade in my running shoes for play scripts. So, on the first day of practice, I jogged over to my coach and quit. I’ll be honest… college sucked. I knew what I wanted to do, but I was afraid! My parents had their own ideas about what I “should” be doing, they were upset that I was no longer running, and no one thought I could ever do anything with theatre. Seriously, no one.

At 22, my father died unexpectedly due to complications from a motorcycle accident. It was without a doubt my cue to go after everything I’ve ever wanted with as much gumption and bravery that I could muster. Simply put – I became terrified of dying young, never having fully lived a life I could be proud of.

At 26, I auditioned for about 30 schools to get into a graduate acting program, and when Brown University asked me to join their cohort, I felt I had arrived! It was exactly the validation and step forward that I was looking for. The problem was – I could not drink that kool-aid. I had 12-15 hours per day of rigorous and structured curriculum, race & gender became a cloud that darkened most moments, and to top it all off, I was barely working out anymore. It created a lot of resentment and I felt trapped.

Towards the end of my second year, I was in a movement class and one of my classmates (with closed eyes) threw a wrestling mat into the air, and it hit me in the head, knocked me out, and gave me a concussion that would end up lasting for months.

As I was recovering, and thinking about my next steps, I realized that the concussion was a gift! It was quite literally the smack in the head that said “Ashley! Get out of here!”.

I chose to leave Brown to pursue fitness, and I Never. Looked. Back.

What continues to blow my mind is the fact that I am living the dream I’ve had since I was a little girl. I have found a way to take these skills I’ve cultivated, combine them, and make a living! Never in my wildest dreams did I think I’d have a career that allows me to be authentic and joyful every single day.

We’re always bombarded by how great it is to pursue your passion, etc. – but we’ve spoken with enough people to know that it’s not always easy. Overall, would you say things have been easy for you?
NOTHING IS EVER SMOOTH! (Yes, I’m yelling!) Struggles are to be expected. As is pain, frustration, setbacks… the juice is in how you deal with what you perceive to be a negative experience, and being sharp enough to know when to dig in and when to pivot.

Going after what you want is both solitary and binary; it’s up to YOU to create the life you imagine. You either win or you learn; recalibrate and move on. There are no gray areas!

Where I grew up, people don’t usually choose unconventional careers (such fitness instructor or actor). As such, I’ve always been met with resistance or skepticism about my choices. I credit my dad for being my north star in that he made an unconventional choice and it worked! When he died so unexpectedly, it put me into a dizzying time of depression and introspection. I started taking anti-depressants, gained 25 pounds, smoked way too many cigarettes, and stayed in a toxic relationship out of fear of more loss. It was through those experiences that I ultimately realized how short and precious life is, and that I have to take advantage of every moment, and every gift I’ve been given. And now? I’m taking that feeling and running (sprinting) with it.

We’d love to hear more about your business.
Currently, I’m a full- time instructor at Barry’s Bootcamp, and I split my time between Back Bay, Downtown Crossing, and Chestnut Hill every week.

I won’t downplay it – my classes are pretty intense! Every hour spent in the red room is so important to me because Barry’s workout has unquestionably changed my life! It was the catalyst to quit smoking after 10 years, my body composition is now completely different, and I’ve become a stronger, well- rounded athlete. It’s pretty incredible to create and lead the workouts that will give people the same gifts I’ve been given.

I’m also a personal trainer to some of the most wonderful humans I’ve met since moving to New England. I think that what sets me apart is that I’m able to synthesize their goals, filter them through my own knowledge and experience, and then come up with a flexible plan that allows the time and space for a lasting lifestyle change. Working with people who prioritize their own health and wellness, and trust me to help lead that journey is truly a pleasure, and it’s certainly a big part of my focus going forward.

What’s the most important piece of advice you could give to a young woman just starting her career?
You MUST cultivate courage. You MUST learn to trust yourself and your instincts. You MUST find the time to sit and be quiet with your thoughts; it is truly the only way to define clear goals for the future. The life we imagine for ourselves isn’t some rigid structure! It requires nurturing and care and the space to have some fluidity. Honor your core values, your fierceness, your strength. Also, sleep and eat well! 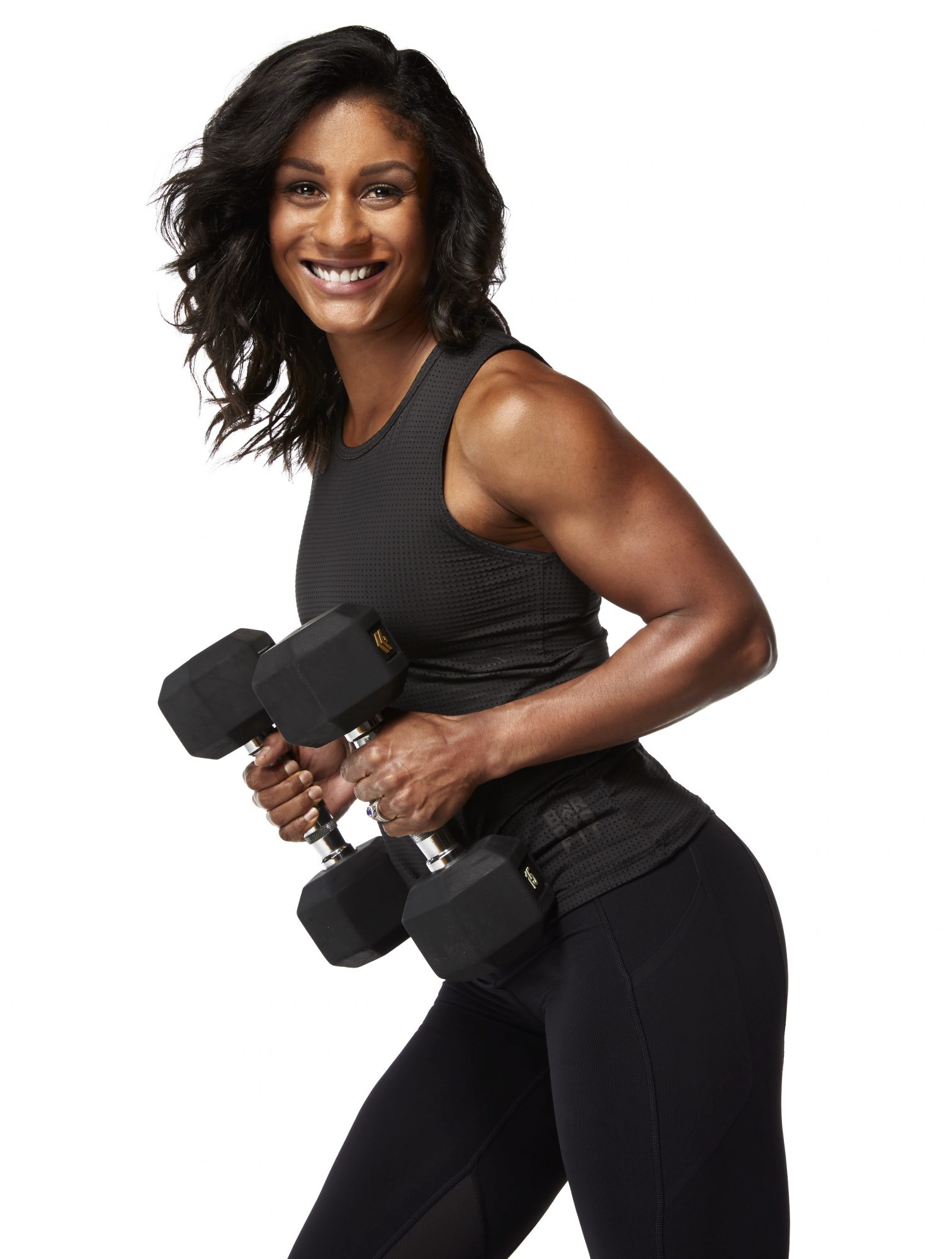 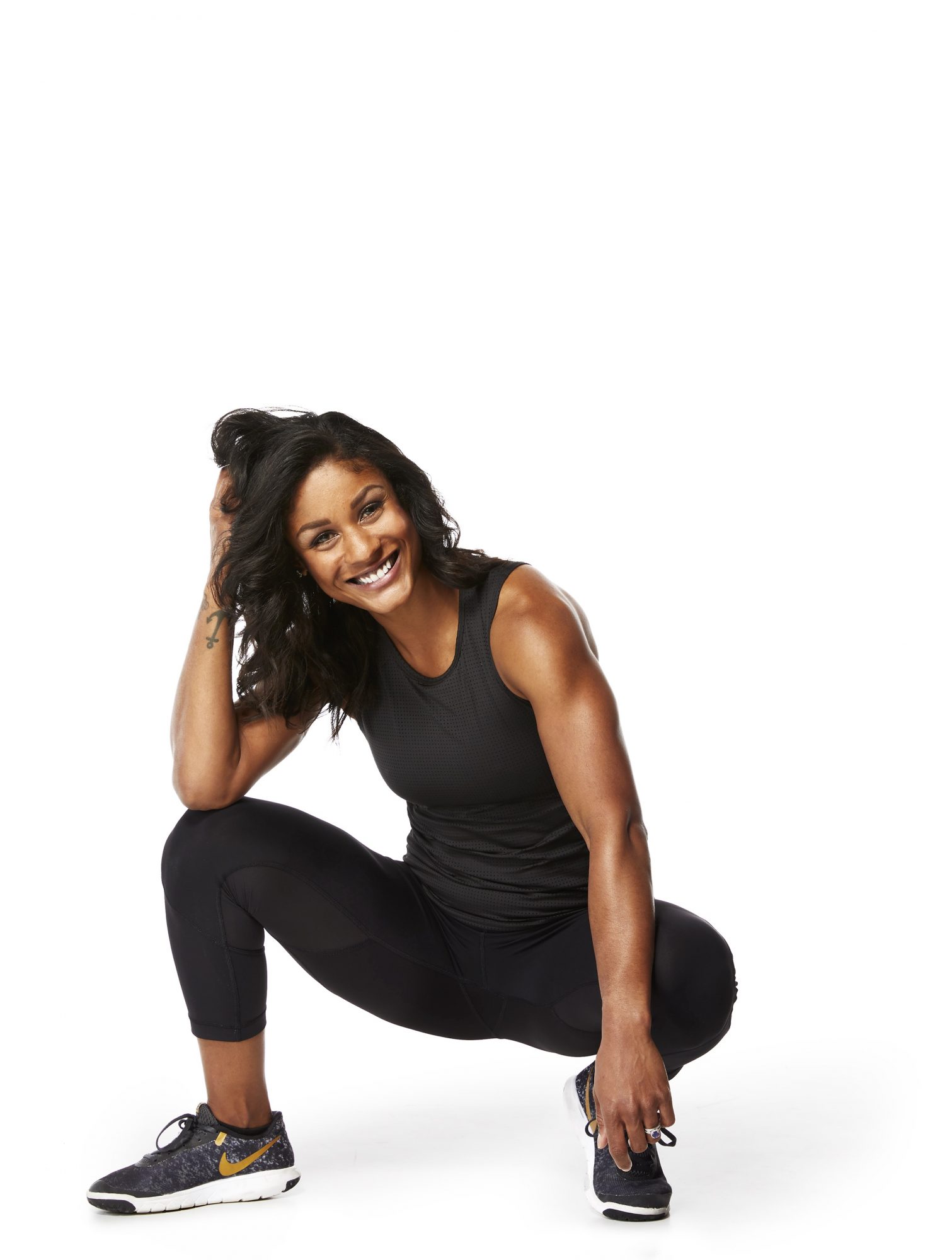 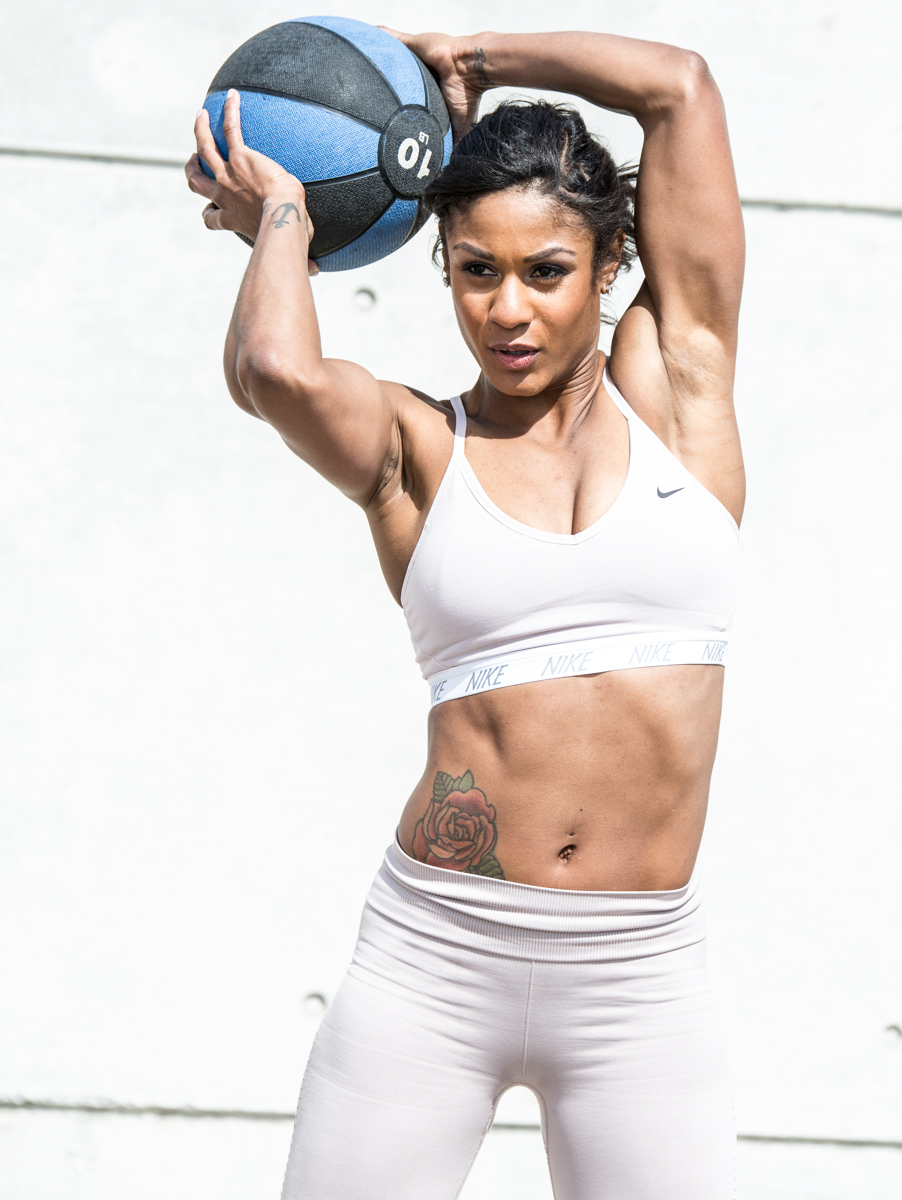 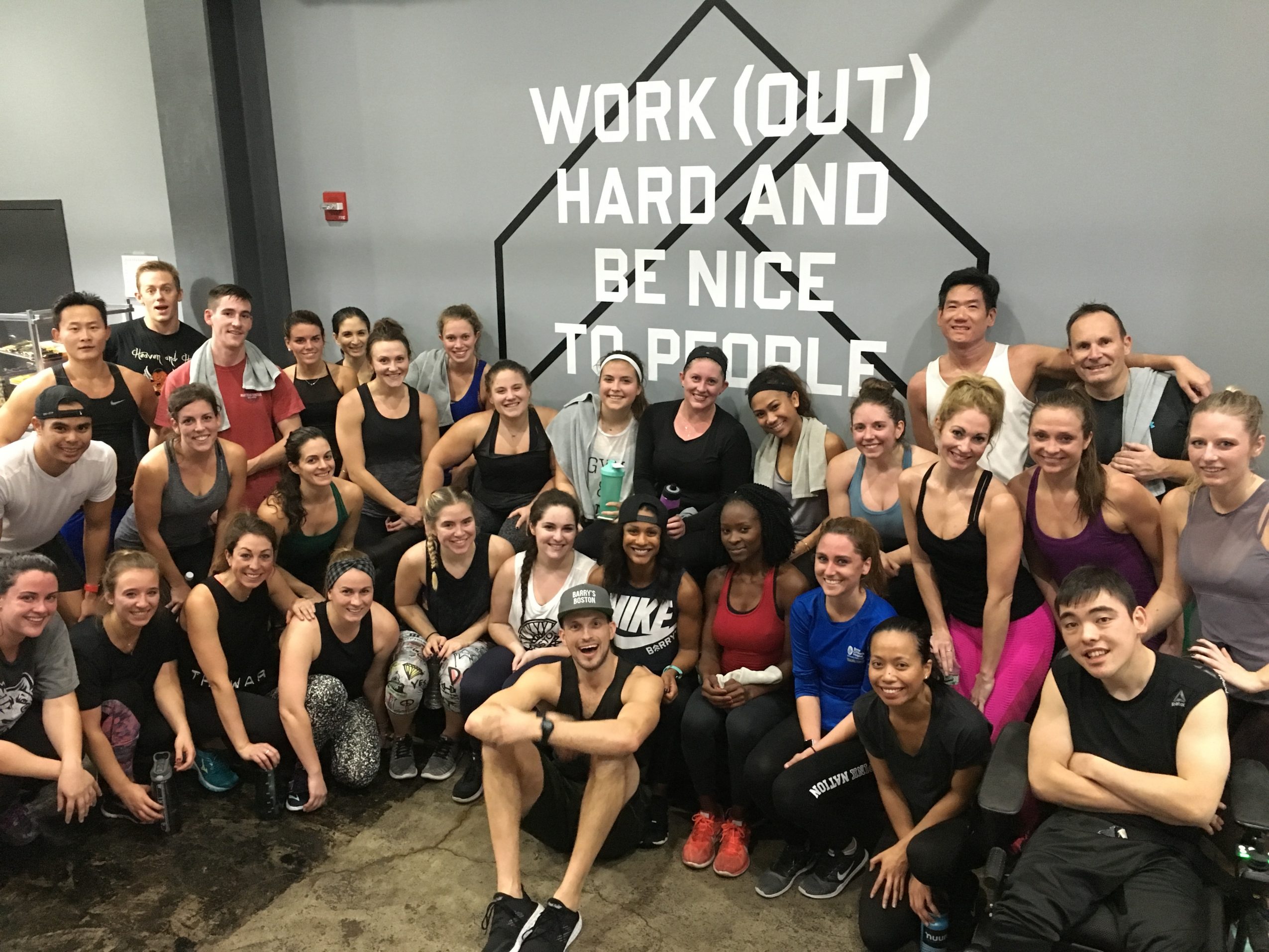 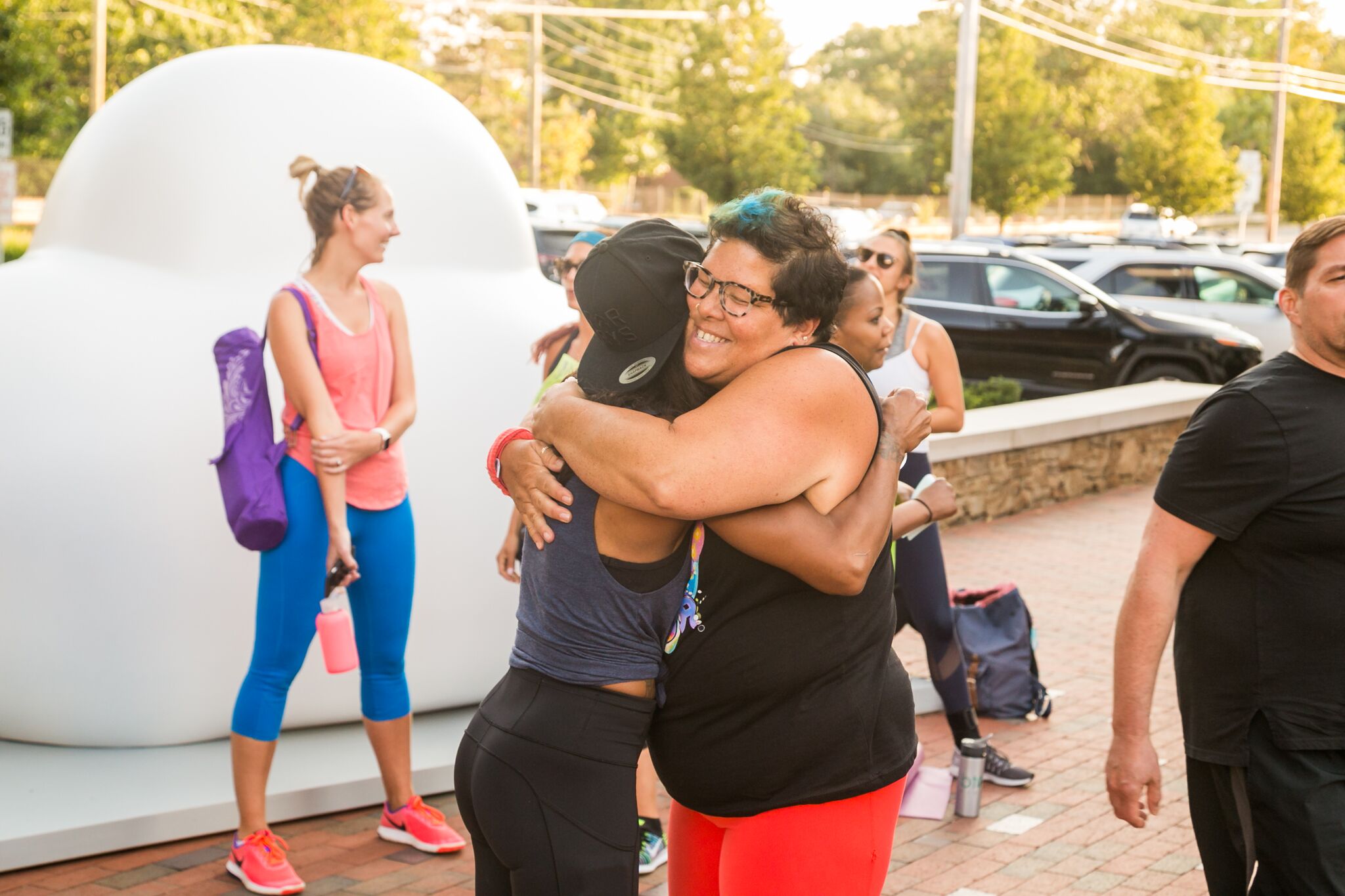 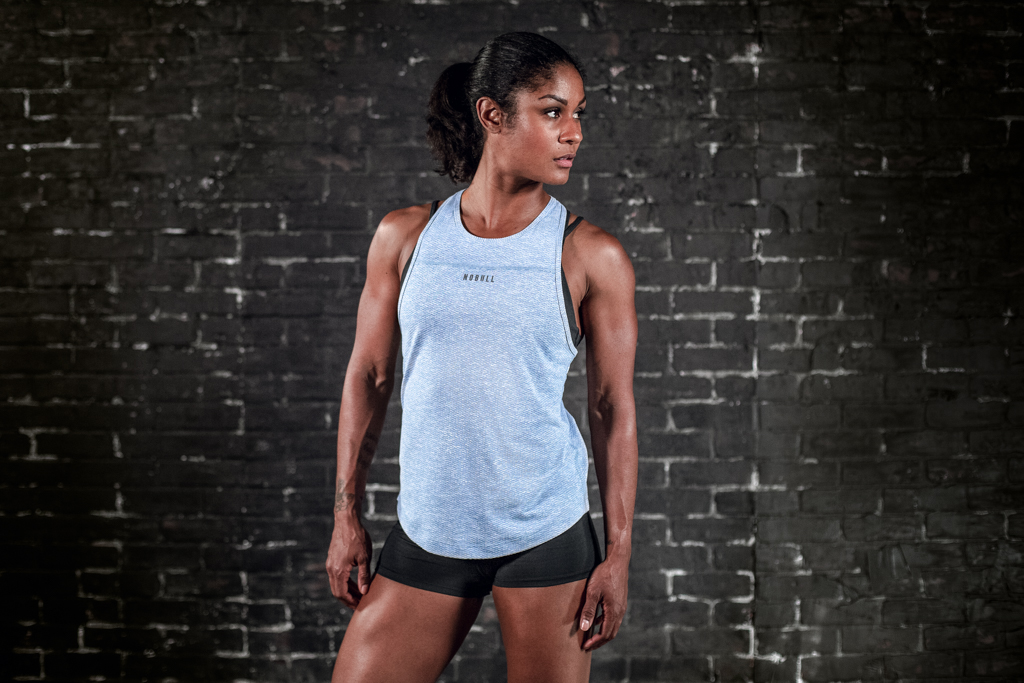