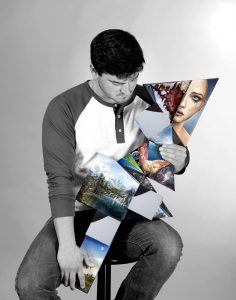 Today we’d like to introduce you to Steve Sangapore.

So, before we jump into specific questions about the business, why don’t you give us some details about you and your story.
My creative spirit was recognized by the people around me at a very early age. It has always been something that I knew I would end up doing throughout my life.

After graduating from college in 2013, I had an intense awakening that making art was something I HAD to do if I were to fulfill a deep sense of purpose and meaning in life. It is a moral obligation to myself – either do this, or do nothing. If I am going to leave behind even the smallest legacy, it will necessarily be through the means of making visual art. I suppose I always knew this, but confronting it head-on during such an already overwhelming time in my life was intense.

The last 5 years have been very productive as I further refine myself emotionally and academically within my work. I have had a sharp upward trajectory of academic proficiency which I plan on further articulating into new bodies of work.

Overall, has it been relatively smooth? If not, what were some of the struggles along the way?
Being an artist, musician, writer or any occupation in the humanities is always a struggle. Don’t expect success in the first 10 years, and have a thick skin. Best advice I ever received.

Please tell us about Steve Sangapore Studio Art.
I am primarily an oil painter. The work that I do, to one degree or another, has a direct focus on the human condition. Thematically and conceptually, I explore many of life’s deepest puzzles which I find incredibly interesting; free will, the nature of consciousness, matter, perception, etc.

The current styles of my work are not something I have seen before, which allows the work to be recognized immediately for its structure and style. My latest two series titled SUPERPOSITION and Reflections have garnered me quite a bit of positive attention for their unique structures and conceptual juxtapositions.

ABOUT THE “SUPERPOSITION” SERIES
Does consciousness create the universe? Modern science, namely Quantum Theory, tells us that perhaps, yes it does. Contemporary science through empirical testing informs us that there in an inextricable and dualistic link between an observer and the object being observed.

The universe is made of particles, but particles also behave as waves. Actually, particles always exist in a wave state of probability until a conscious observer decides to look at it. It is the simple act of observation that will collapse the wave function of a particle to a single position of locality in space. This event is observed at the quantum level, but everything in the universe including us, are made of particles…

SUPERPOSITION explores the implications of this idea by splitting the canvas into two halves. On one side, the world as we perceive and which we interact. On the other, creative line work illustrating the non-locality of the quantum world. There is no texture, true shape or form – just potential.

ABOUT THE “REFLECTIONS” SERIES
The series name comes from both meanings of the word: serious thought and consideration and the physical reflecting of light. Using up to 11 separate canvas/wood panels and mirrors for a single piece, the structures are as fractured and disparate as some of the ideas themselves.

The purpose of this painting series is to traverse strange and new composition structures while exploring various and sometimes unrelated ideas within a single piece. The inclusion of reflective mirrors embedded directly into the piece allows the viewer to literally be a part of the paintings as an interactive participant.

If you had to go back in time and start over, would you have done anything differently?
I am very happy where I am – not satisfied, but happy. One should never be satisfied in anything they are passionate about. Satisfaction implies a lack of growth, but happiness brings you meaning.

Changing the past would alter the present moment, so I would not do anything differently. I have many years of making mistakes ahead of me, though. So we’ll see. 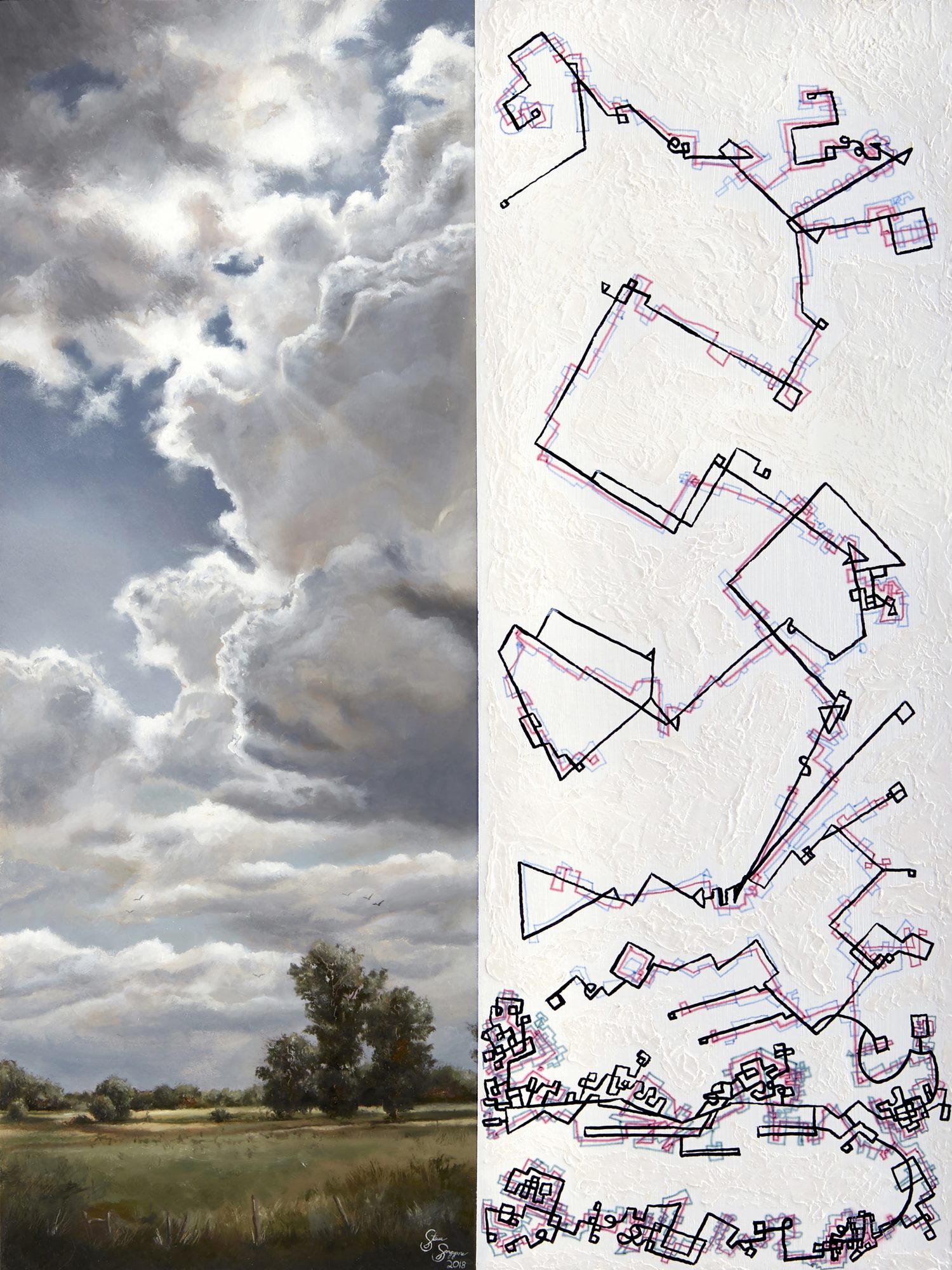 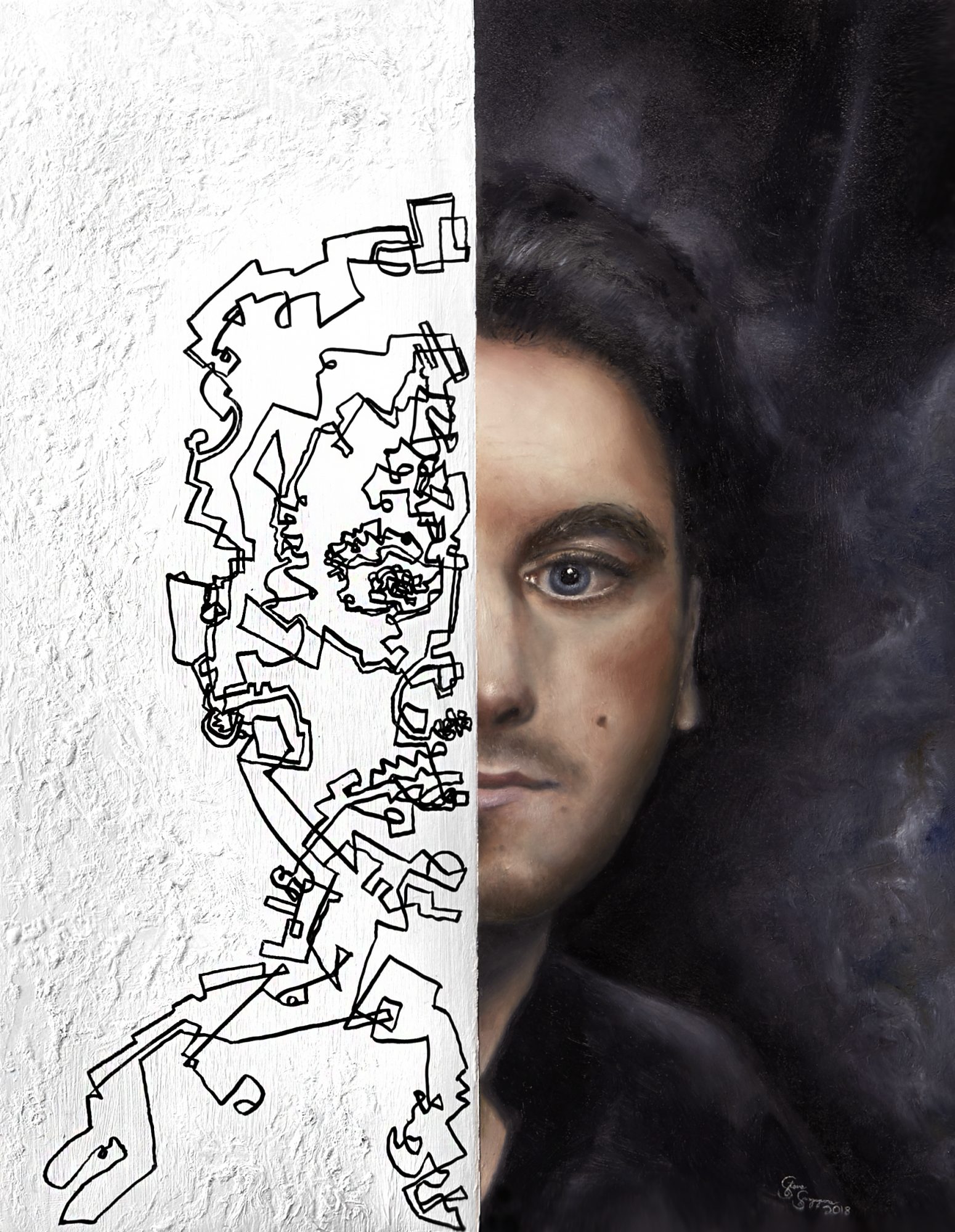 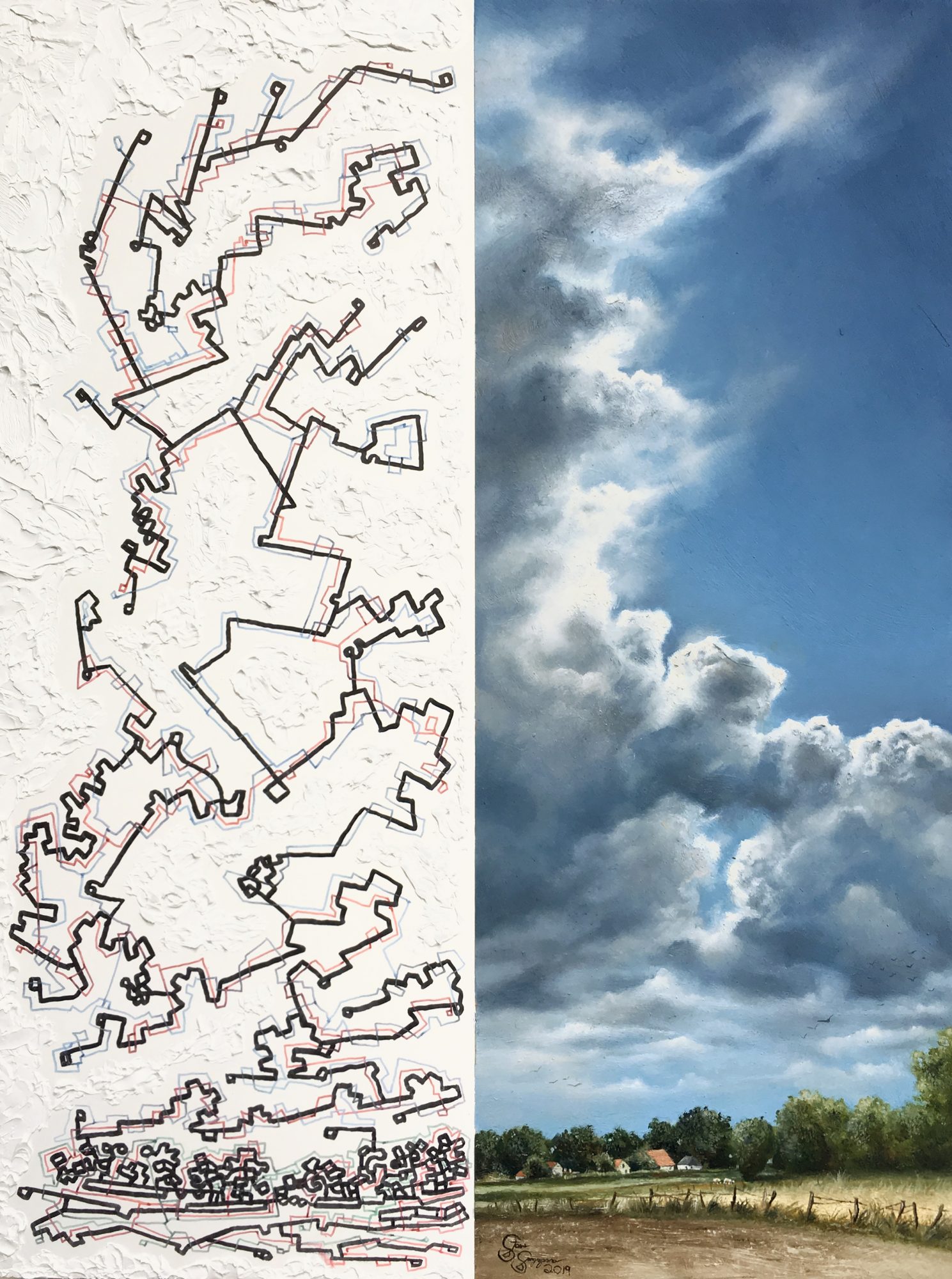 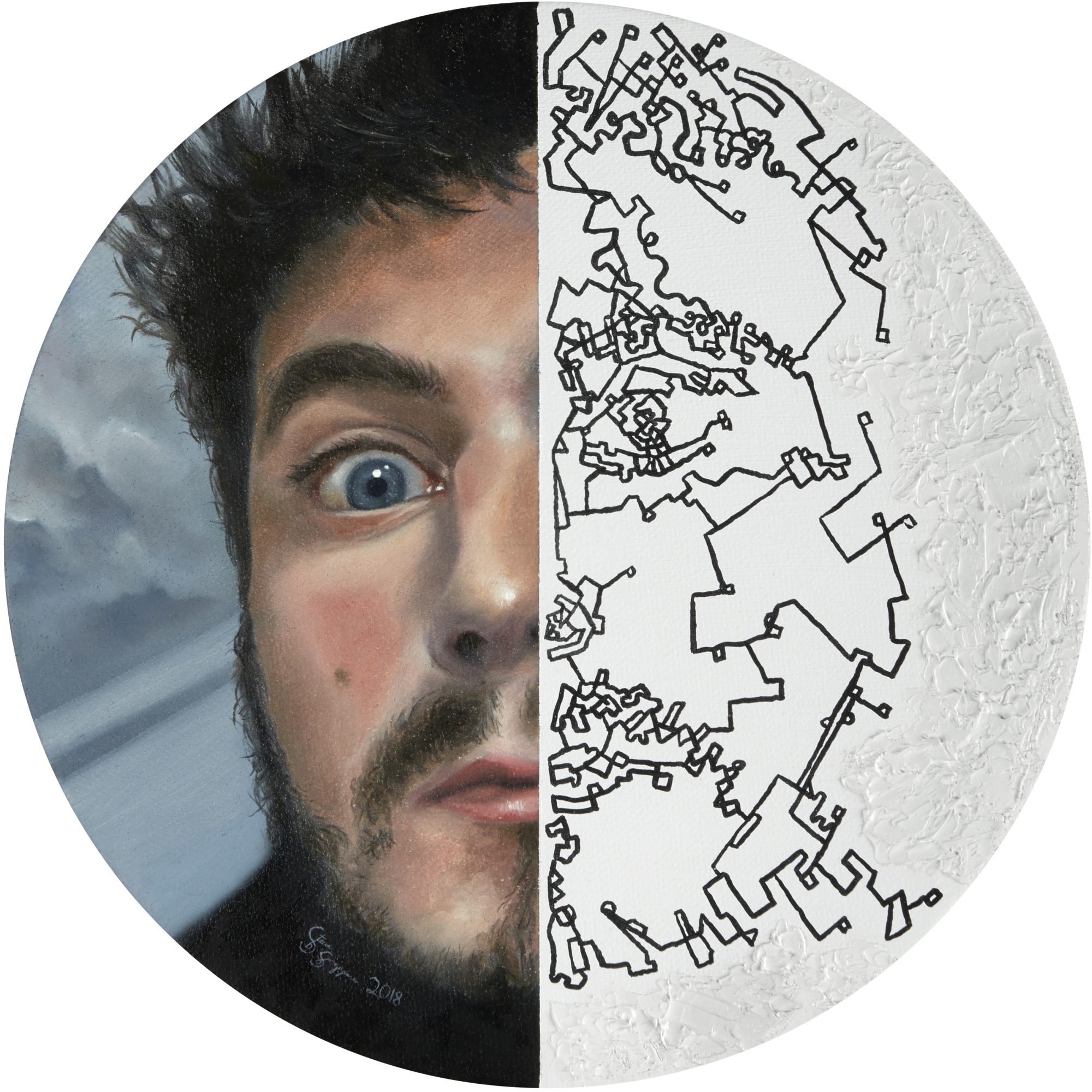 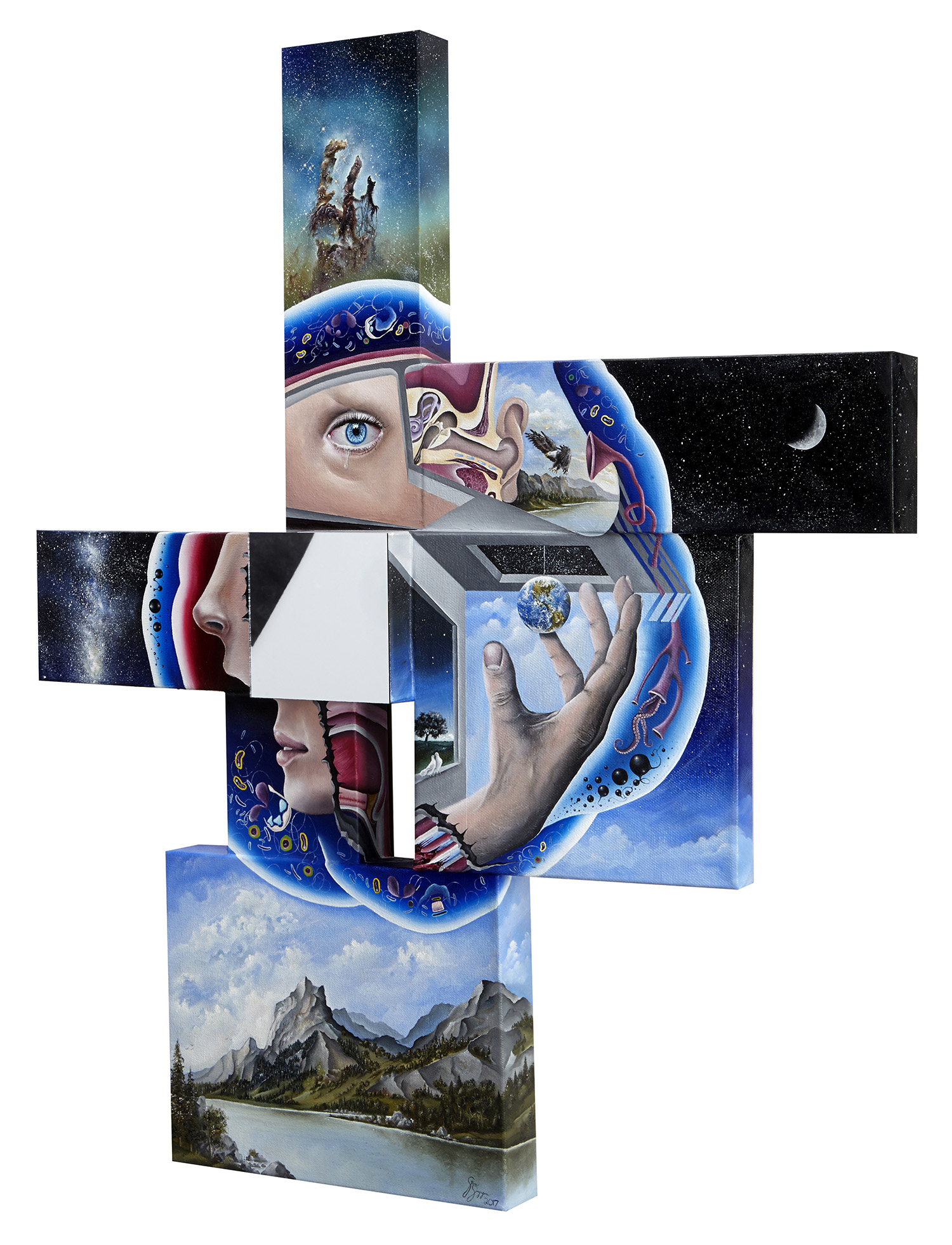 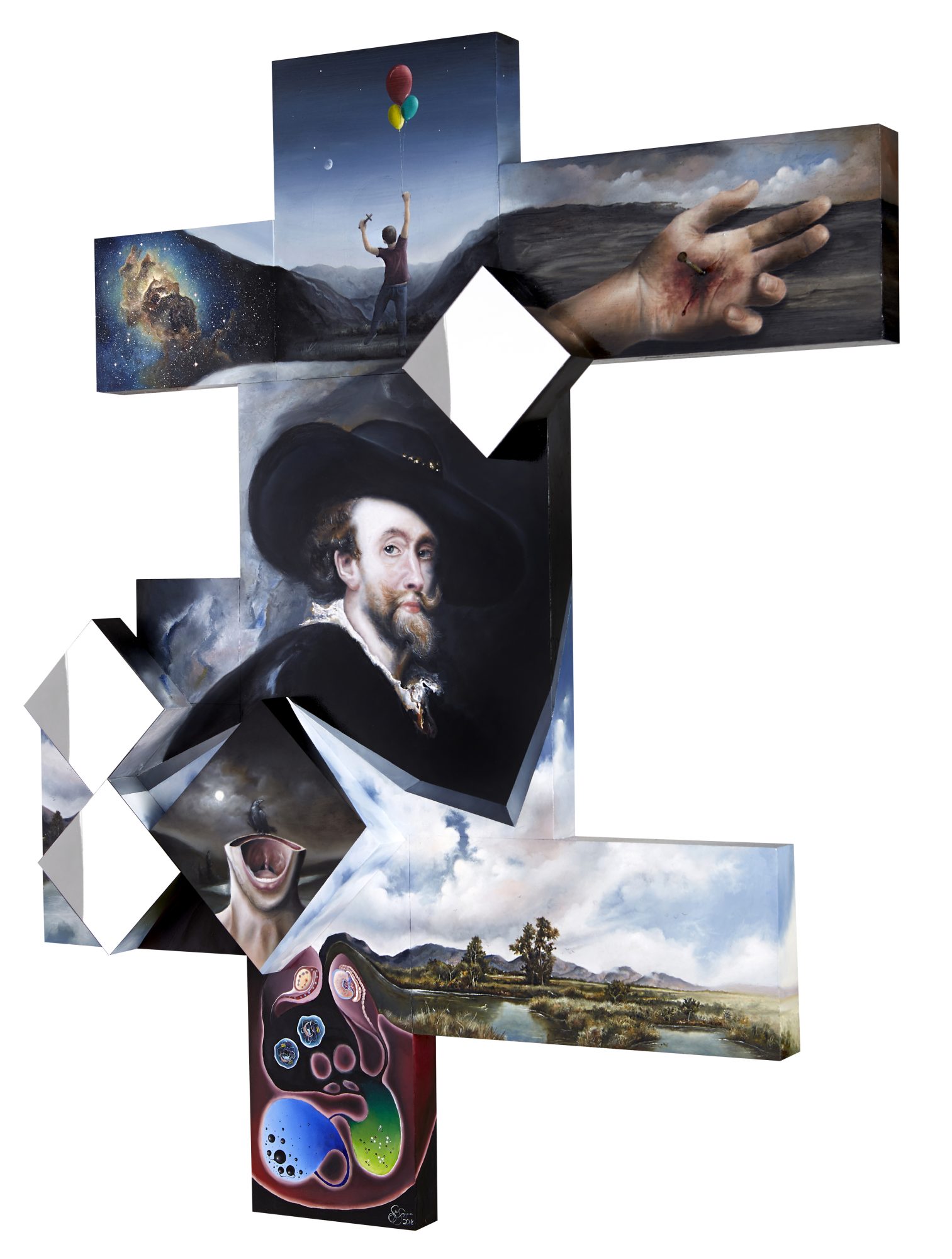 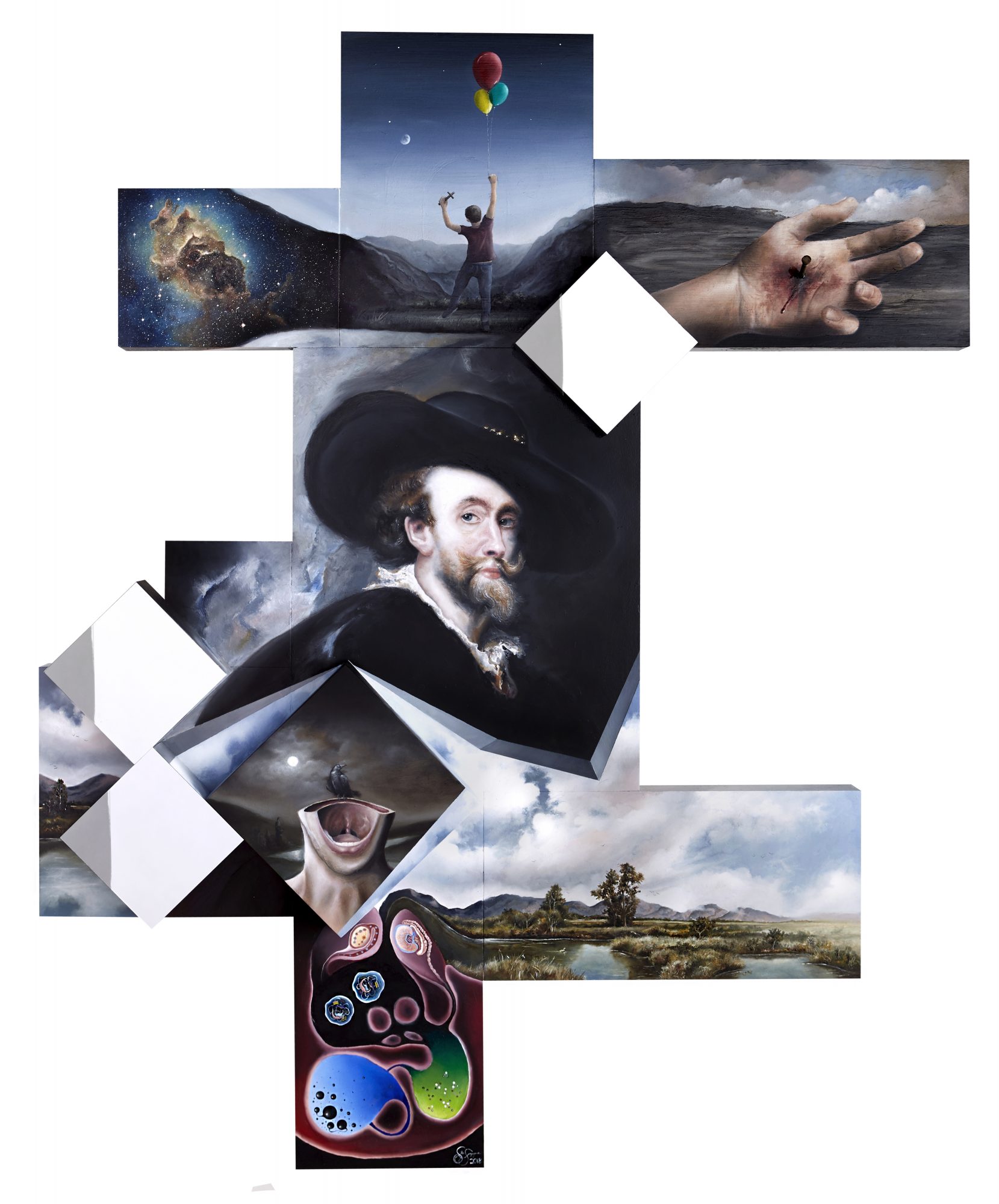