Meet Sarah Darling of A Far Cry in Jamaica Plain 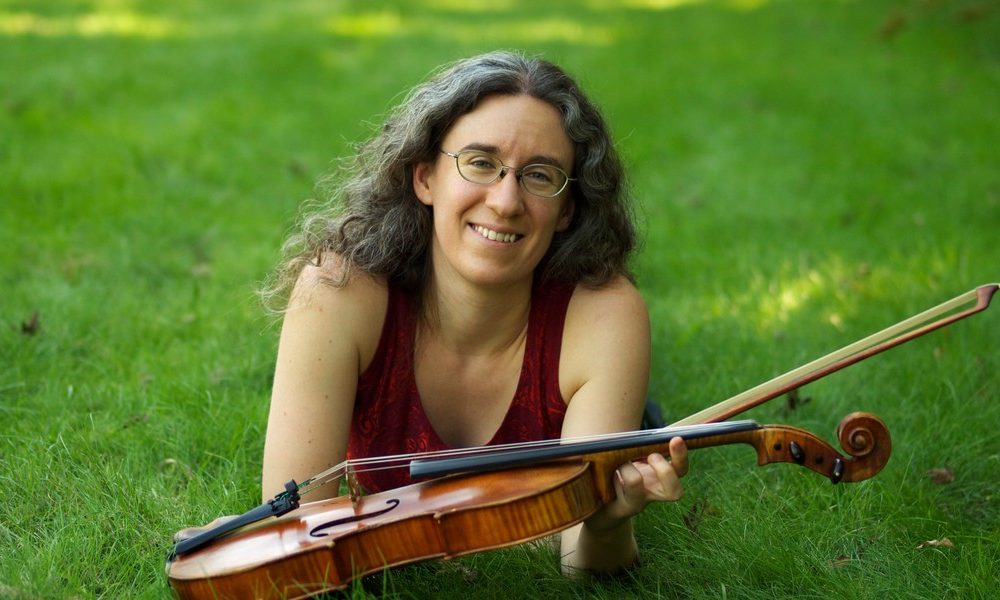 Today we’d like to introduce you to Sarah Darling.

Sarah, can you briefly walk us through your story – how you started and how you got to where you are today.
A Far Cry started as a collective twinkle in a lot of eyes. A bunch of like-minded musicians who’d converged upon Boston for grad school, back in 2007, started doing what we love to do most – getting together in our off hours and reading music for fun. The fun stuck. We discovered that we loved playing together, and that we loved playing as a big group. Next thing we knew, we were planning our first concert.

Now back at that time, I personally wasn’t a Crier yet. I’d just come back from four years of music-making in Europe, returned to my hometown of Boston and found that this crazy group of musician buddies were tearing it up! I supported them as a friend, thinking “This is really cool, but… how will it work?” As soon as I went to the first concert, I was hooked. Eighteen musical minds up there, not a conductor in sight. There was a synergy and a joy, a shared intelligence, on stage, and I drank it up like a castaway who’s just found the island spring. From then on, my only question was “How can I get in on this?”

What was so special about what I saw that day boils down to two words: shared leadership. Every single person on that stage was shining with the same energy, totally committed to realizing the music together, whether that person was in the front or the back. As soon as one piece switched to another, the back players moved to the front, and vice versa – and the sound of the orchestra totally changed as a new set of principal players took the lead and everyone else committed to following them. The palette was endless. It was magic!

I ended up starting to perform with the group shortly thereafter. Behind the curtain, I learned how the magic was made. That communal intelligence came from long hours of rehearsal, and from a real commitment to lifting up all the voices in the group. Of course, everyone wanted to speak up during the process of preparing a program, and so we had to learn how to streamline our process. We allowed everyone just two comments, and you better believe that inspired people to think very carefully before talking! That rule also made sure that the introverts had as much of a shot at being heard as the extroverts, which was incredibly valuable, since of course everyone had something original to add to the pot.

Next thing I knew, the A Far Cry members went on a retreat, and a couple days later, I got a phone call. “Would you like to join the viola section? Everyone here unanimously voted you in.” That was how new members were added – and still is. Every single person has to be on board. And when you join the group, knowing that everyone is on your side, it’s the best feeling in the world.

That was the beginning of my adventure with A Far Cry. Eleven years later, it’s still unfolding.

Great, so let’s dig a little deeper into the story – has it been an easy path overall and if not, what were the challenges you’ve had to overcome?
Ha! It has not been a smooth road! But it’s been a wildly wonderful one. We’ve had some rough times, but have also had some incredible luck. The one trait which has stayed constant from the very beginning to now, is the following.

WE WORK OUR ASSES OFF.

We’re artists and arts administrators, simultaneously. During a concert week, we’re “on” in rehearsal 10-5 each day, listening to each other, giving our utmost, and then, on break, we dive for our phones and put the final touches on e-blasts, field audience inquiries, go over venue seating charts, plan to meet with donors, post to Facebook, figure out about mike setup, you name it, we are doing it. Did I mention we rehearse standing up? Comfortable shoes are a must. So is a nearby source of coffee.

Lucky breaks? They’ve come in for sure. The chance for an incredibly meaningful residency at the Isabella Stewart Gardner Museum. The support of a brilliant and energized Board of Directors, pretty much from day 1. A strong press presence in Boston that identified our “story” early and has kept listening over the years. A GRAMMY nomination in 2014 that put us on the map in a brand new way. Granting organizations who believe in us. And small miracles that unfold around us every day – soloists who take a chance on us, composers who trust us with their new work. It was pretty fun, for instance, to commission a piece from Caroline Shaw just a few months before she was tapped for the Pulitzer! It was pretty darn fun to start working with Simone Dinnerstein on a brand new Crier-led Goldberg arrangement and then hear from her that she’d like to premiere a new Philip Glass piano concerto with us and record it too!

And struggles? So many. So, so, many. It is very, very, hard to run a nonprofit. Things are literally breaking all around you all the time. One unbelievably frustrating one that came out of left field was a letter from the IRS, telling us that they’d temporarily revoked our nonprofit status as a result of a perceived misfiling. A couple of audits later, it was revealed that we’d done nothing wrong. Unfortunately, by that time we’d lost half a year of fundraising and a whole grant cycle, which was financially terrifying.

That’s the kind of situation that can break a group that’s bound together by goodwill – as everyone tries to solve it in their own way. We had a number of disagreements over strategy, and it wasn’t easy, but we made a concerted effort to stay focused and to stay together, and to OVERCOME. And we did.

Alright – so let’s talk business. Tell us about A Far Cry – what should we know?
What does A Far Cry do? I’d say: we create complete musical experiences. We perform music, but we’re also the program curators, and the co-artistic directors in every sense. And, we’re a functioning democracy, one that depends on the participation of its members, while challenging and elevating them.

Our programming process, for instance, begins with a call for submissions orchestrated (no pun intended) by a group member called the Axle. Individuals can submit programs, or groups can workshop ideas together. Bit by bit, fascinating ideas flow in. They’re workshopped again by the whole group, then voted into a “Vault” that gets opened when it’s time to organize programming for the upcoming season. So many factors go into designing a season: program content, soloist availability, the “flow” of the season overall… and when we begin to design a season we usually have about 4 times as many programs as we have space for! To move forward, the Axle and the group work together to design a voting system that promotes clarity and preserves the will of the group. Flexibility is incredibly important. Trust is like gold.

We use the same sorts of principles across the entire spectrum of our artistic activities – whether it’s making a recording, designing an educational residency, or simply deciding… anything.

This democratic work, along with our commitment to rotating leadership, is, I think, the thing that lies closest to the heart of what makes A Far Cry what it is.

But hey, if you ask another group member, you just might get another answer!

Is there a characteristic or quality that you feel is essential to success?
Ever since the group’s founding, we’ve held on to three words: Love, trust, and respect. For a group like A Far Cry, where member responsibility (and agency) is so massive, those words are crucial – and they only work in conjunction with each other. Love without trust or respect is delightful but hollow. Trust without love or respect is meaningful but cold. Respect without trust or love seems to suggest a hard, hard, world. But together, they’re a formula that works.

This is just so incredibly important when you’re working with others in a way that is both rational and emotional – as music-making inevitably is. How do you make decisions about how to embody a musical phrase? You have to be able to see through your partners’ eyes, to respect their work, to love the way they play, to trust the words they’re using to talk about Mendelssohn measures 14-17 or the Schnittke second movement.

This is the DNA that makes our democracy possible, and gives our shared leadership life. 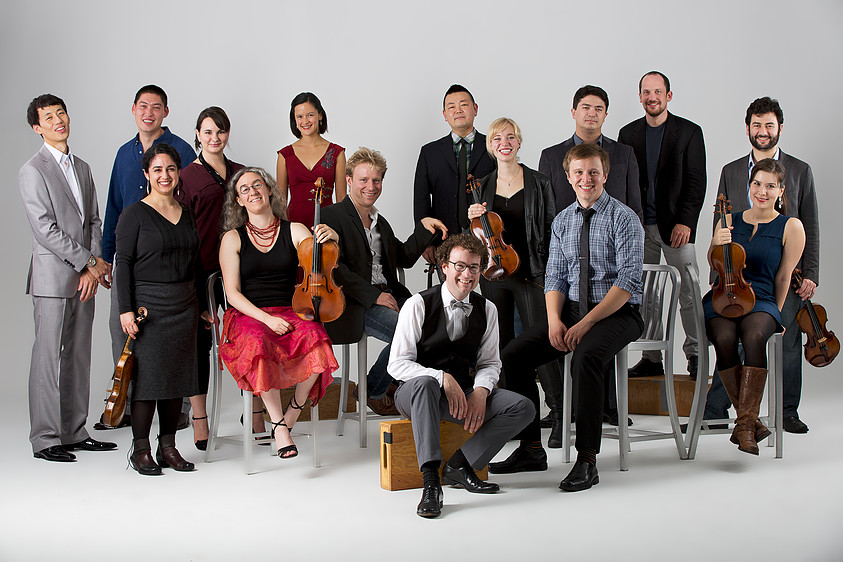 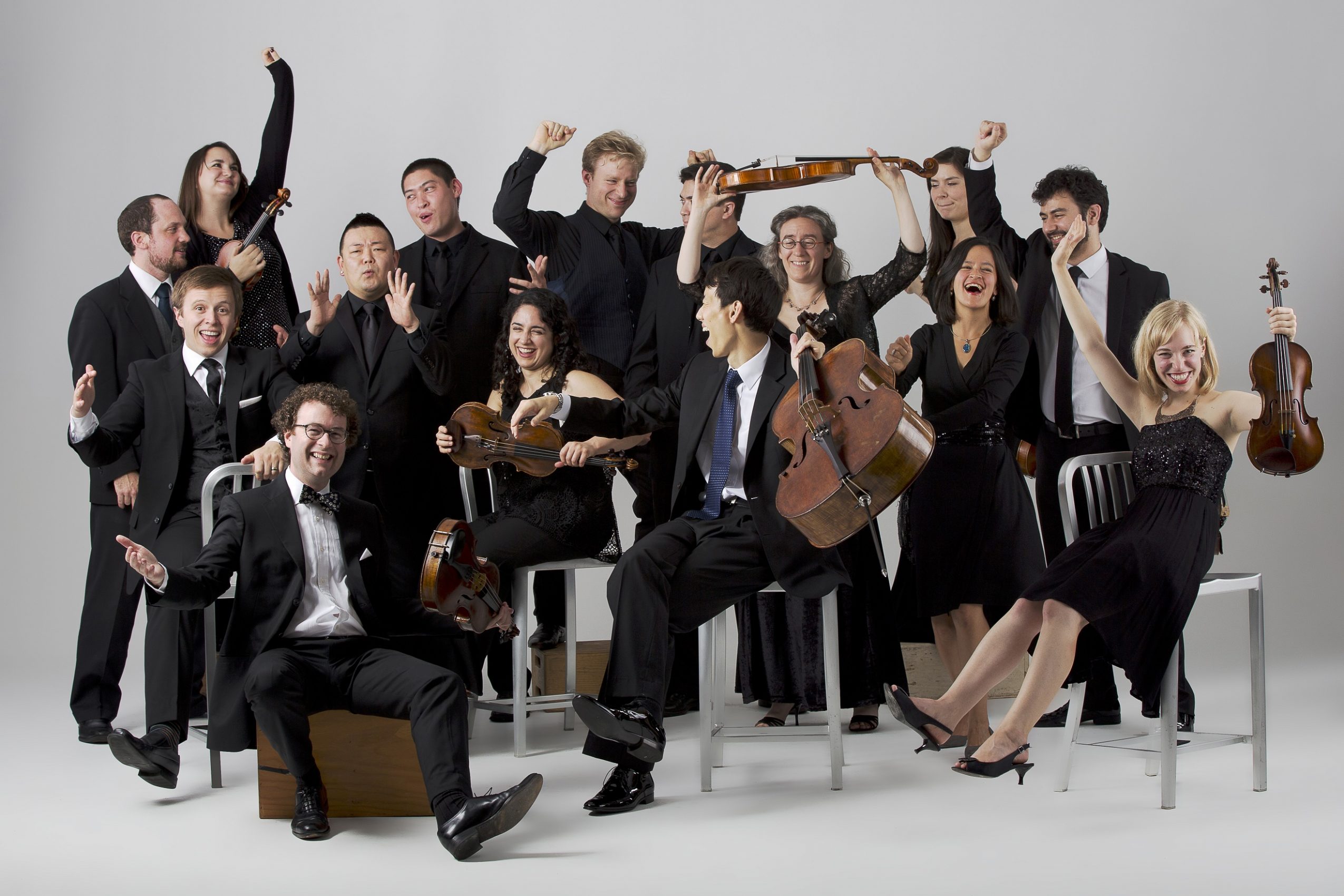