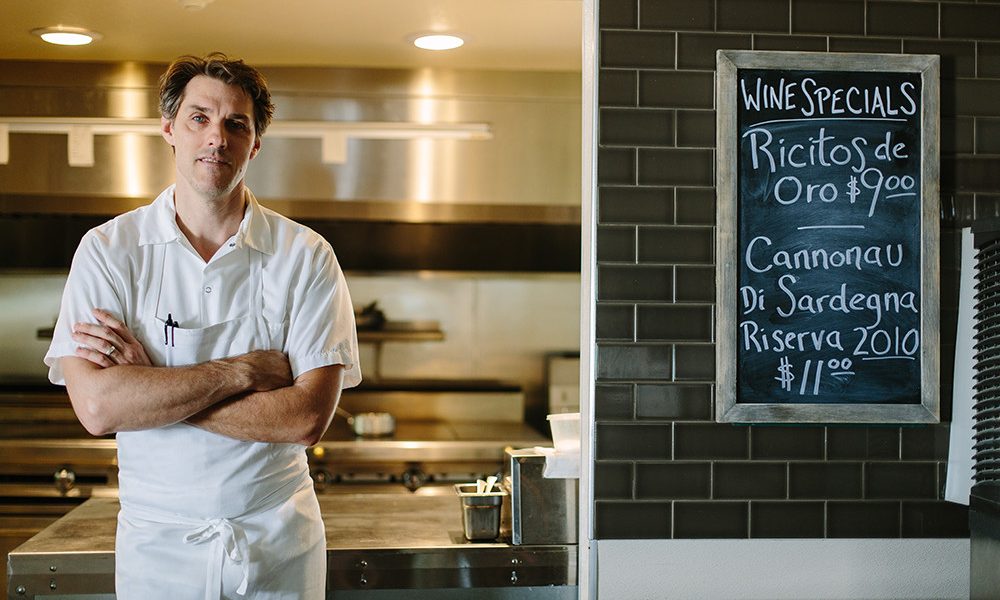 Today we’d like to introduce you to Richard Allaire.

Richard, please share your story with us. How did you get to where you are today?
I started cooking out of necessity, during college when I was student teaching high school English. My brother was the head brewer at a brew pub restaurant in Providence so he set up an interview and I was hired to work on the salad station. My interest in the kitchen developed and I began to realize over the next year or so that cooking was another option for me. When I decided to seriously cook instead of teach, I applied at The Bay Tower Room in Boston, which was my first fine dining job. After working there for about a year I met French Chef Pascal Leffray, who was relocating his restaurant Chez Pascal from Narragansett to Providence. I was hired as sous chef to help reopen his restaurant. This was the first time I saw traditional, rustic French cooking, and it continues to be an important influence in the style of food that I produce. After three years with Pascal I was ready to move on to a new challenge. Michael Schlow had opened Radius in Boston and I was curious about what everyone at the time was talking about. After a working interview I was hired and worked there for two years. I consider my time at Radius to be the most valuable work experience of my career because it was a very organized and disciplined environment. Over the next several years I worked at several other restaurants in Boston and in Rhode Island as a cook/sous chef. I took my first chef position at a small bistro in Newport called Tucker’s. What made Tucker’s so significant was that it was the first time that I had creative freedom to compose dishes using my own experiences and ideas. Stylistically, it was the beginning of my development, which is always ongoing. After a few years I had the opportunity to be a partner in a pizza restaurant which was opening in Providence called Providence Coal Fired Pizza. Never having done this style of food before, it was a challenge because the idea was to make rustic food using an anthracite coal burning oven. While it continues to be a success and was a unique learning experience, it wasn’t the style of food that I wanted to pursue. After the first year at PCFP, I left to start looking for my own restaurant space which led me to Warren RI. Metacom Kitchen opened in October of 2014. For me opening Metacom was where everything had been leading over the course of many years. The emphasis is always on learning and exploring new possibilities with cooking. I feel that it is important to always be engaged and intrigued our work and that comes with continually challenging myself and my staff.

Great, so let’s dig a little deeper into the story – has it been an easy path overall and if not, what were the challenges you’ve had to overcome?
The path to success has not been a smooth one. I feel that learning to cook takes a very long time, dedication and sacrifice. What makes being successful fulfilling was that there have been struggles and setbacks along the way.

One struggle being I was working on a restaurant project with a business partner for about a year. We were about to start construction of the space and the bank financing fell through very suddenly. It was a very difficult time because we had spent a lot of time (and money) on the project and in the end had absolutely nothing to show for it. That was when I decided to pursue a restaurant on my own to have complete control over all aspects of the operation. Particularly having the freedom to create what I had envisioned on my own terms.

Please tell us about Metacom Kitchen.
I call Metacom Kitchen a Modern American Bistro. What that represents to me is that it is a casual dining restaurant that uses interesting flavor combinations, ingredients and cooking methods. The basis of what we do is essentially rooted in French cooking while using nontraditional methods. The kitchen is equipped with tools such as vapor ovens and a freeze dryer. There are no open flames or grills, which I feel gives much greater control over how we cook.

What sets us apart is that I want there to be an element of surprise with each of the dishes that we produce. Menu development is always a priority. The greatest guest compliment is never spoken but is reflected in their physical reactions: when a guest looks at a dish in a curious or puzzled way, then tastes it a smiles or laughs. I feel that that kind of reaction says that they are being entertained more than just fed. That is the motivation for the development of new ideas.

Do you look back particularly fondly on any memories from childhood?
My favorite childhood memory would be riding my bike through the woods. 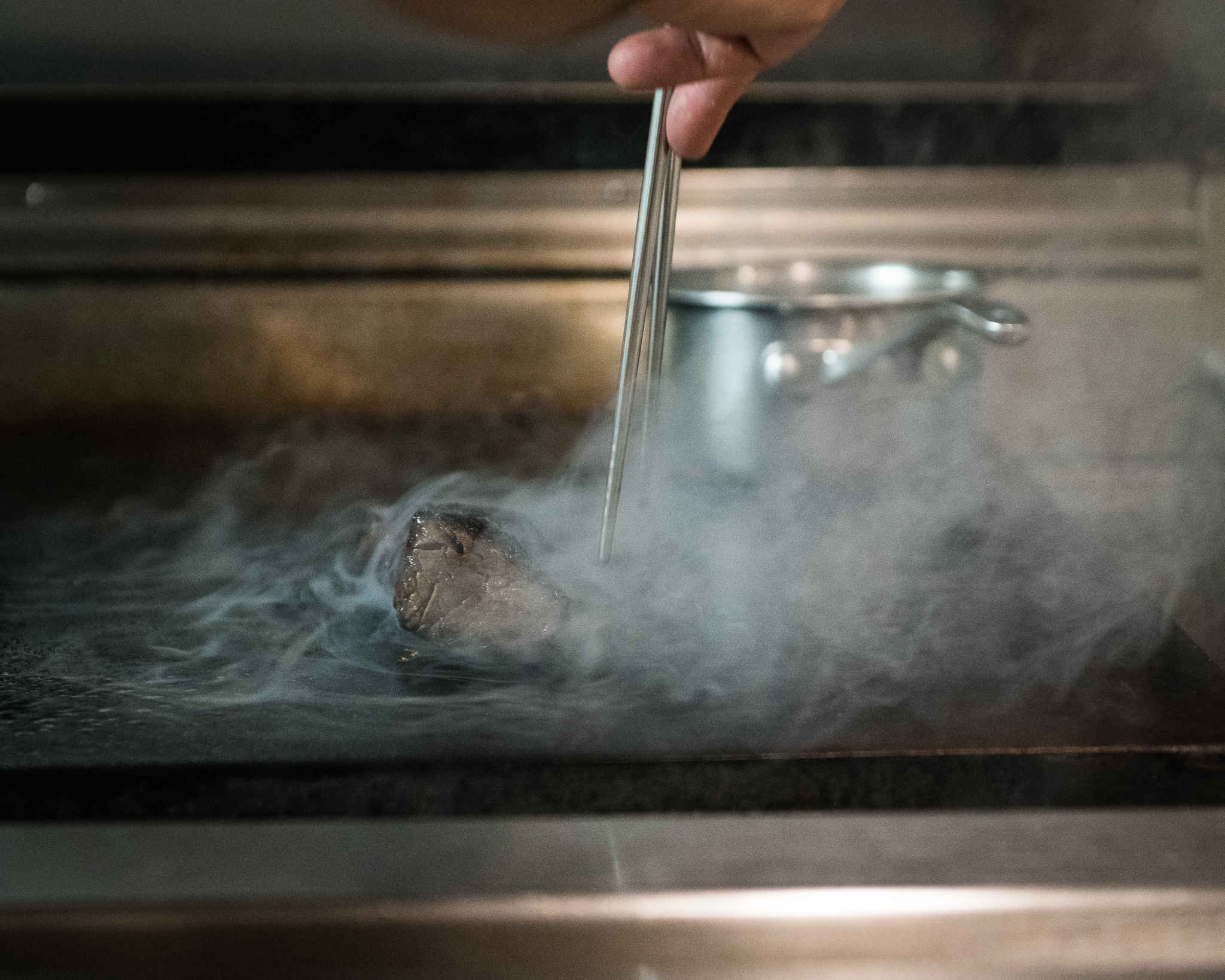 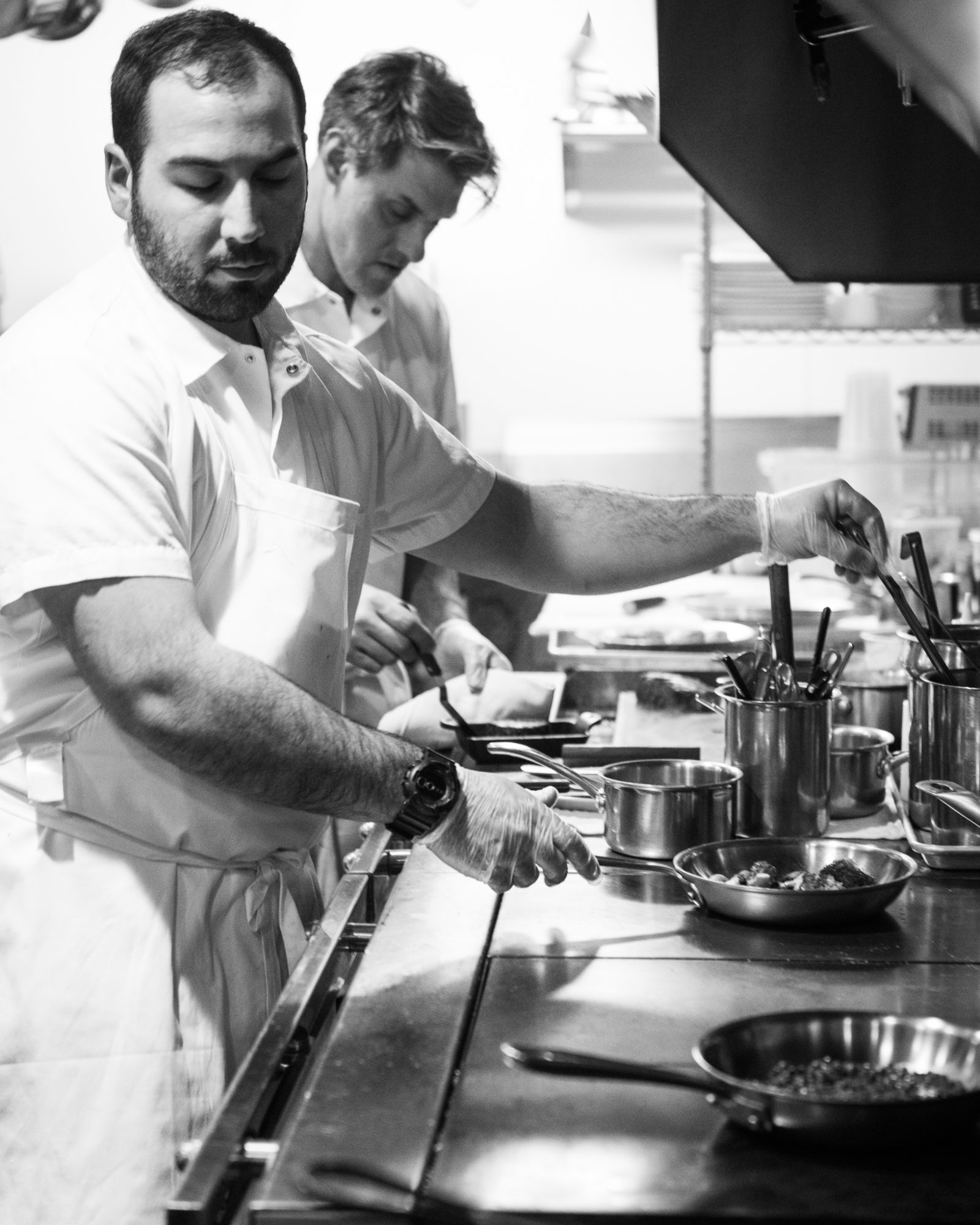 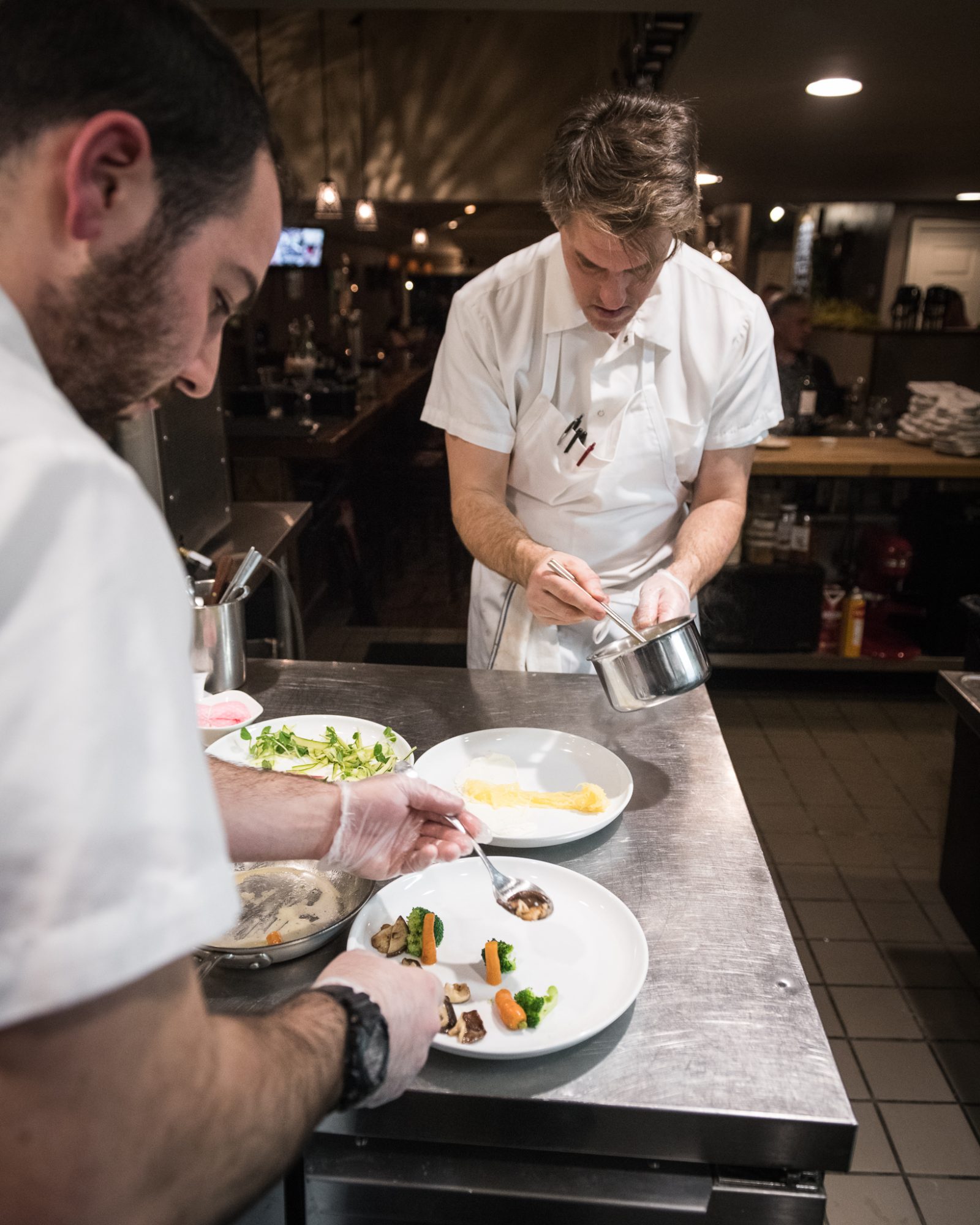 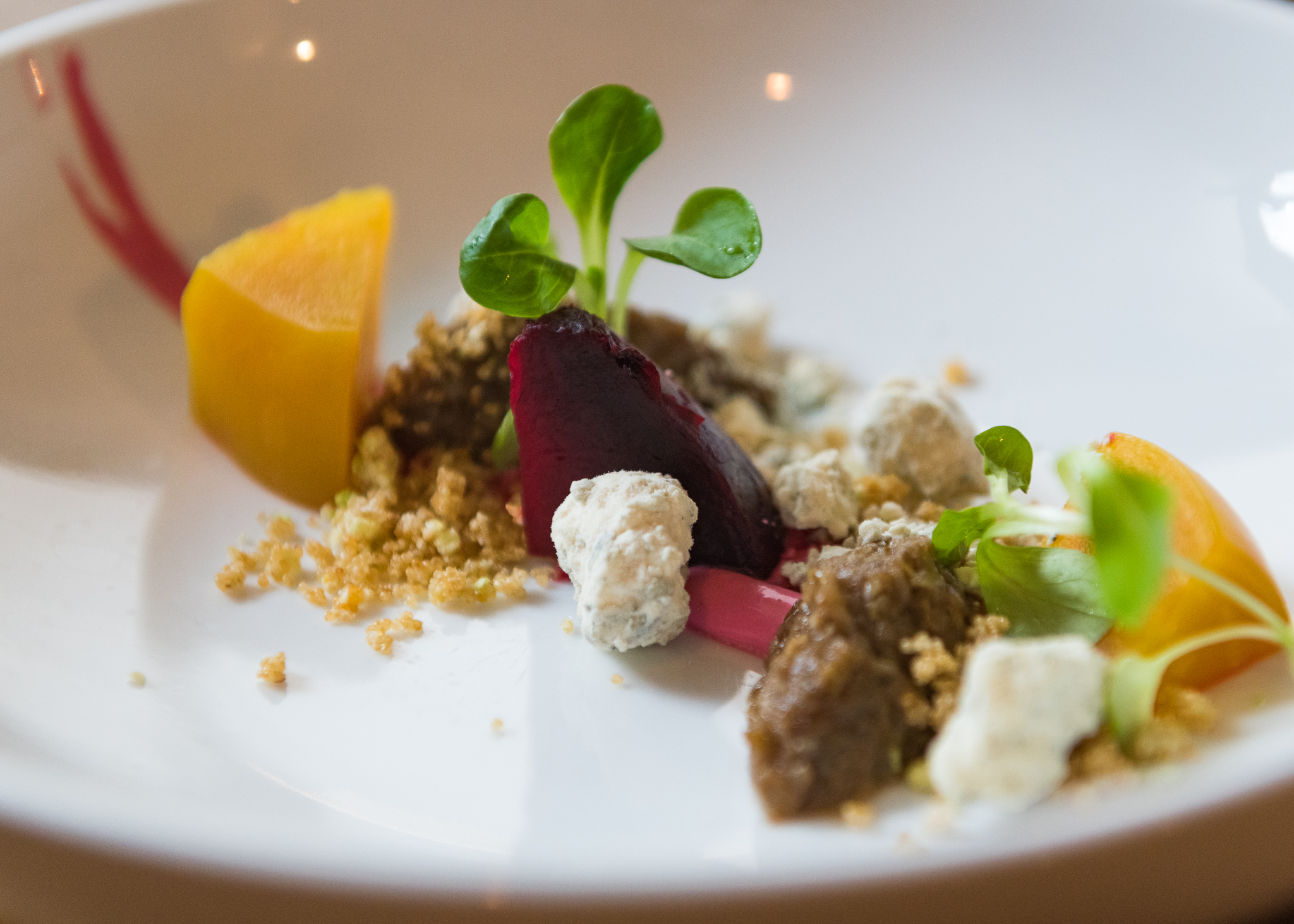 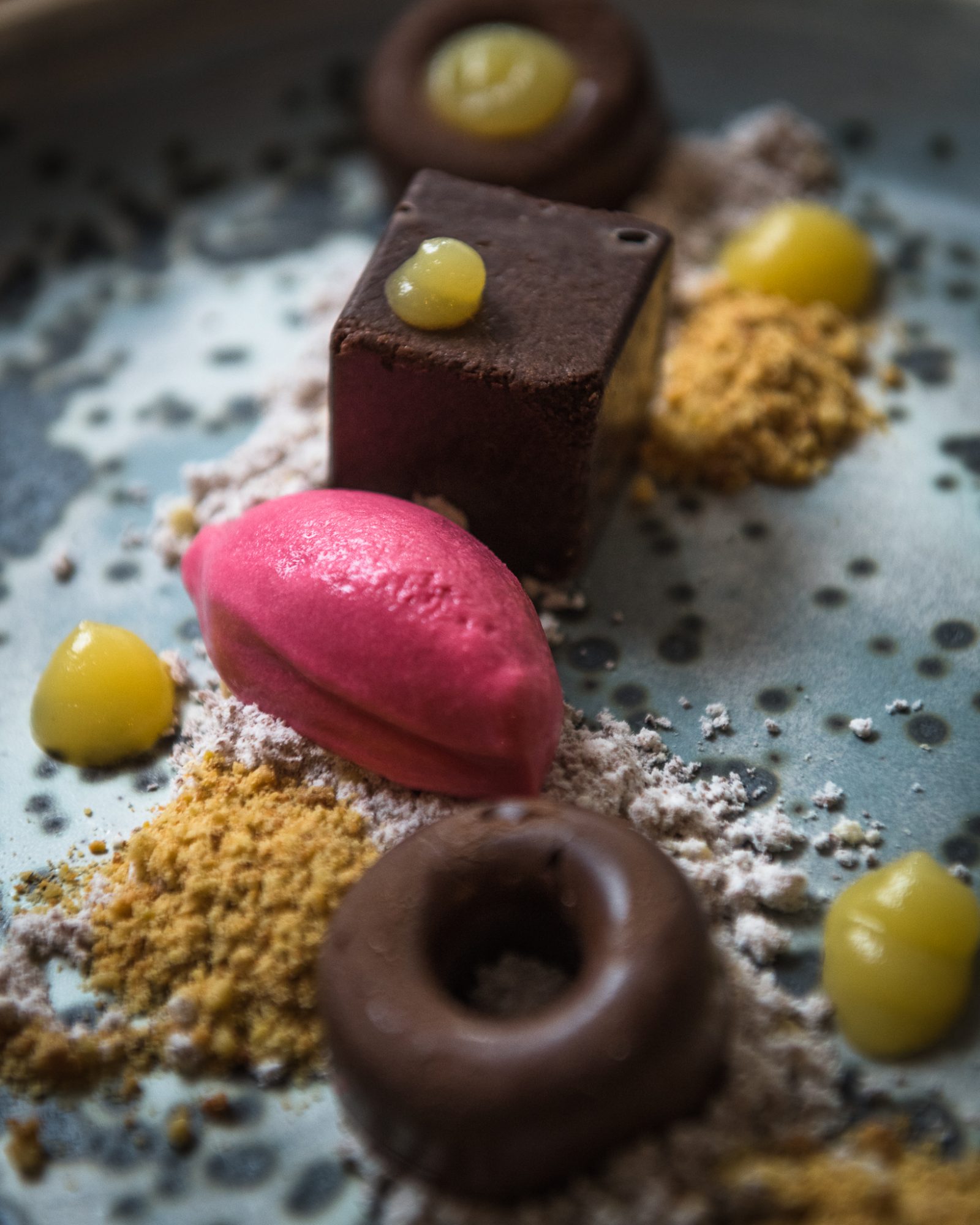 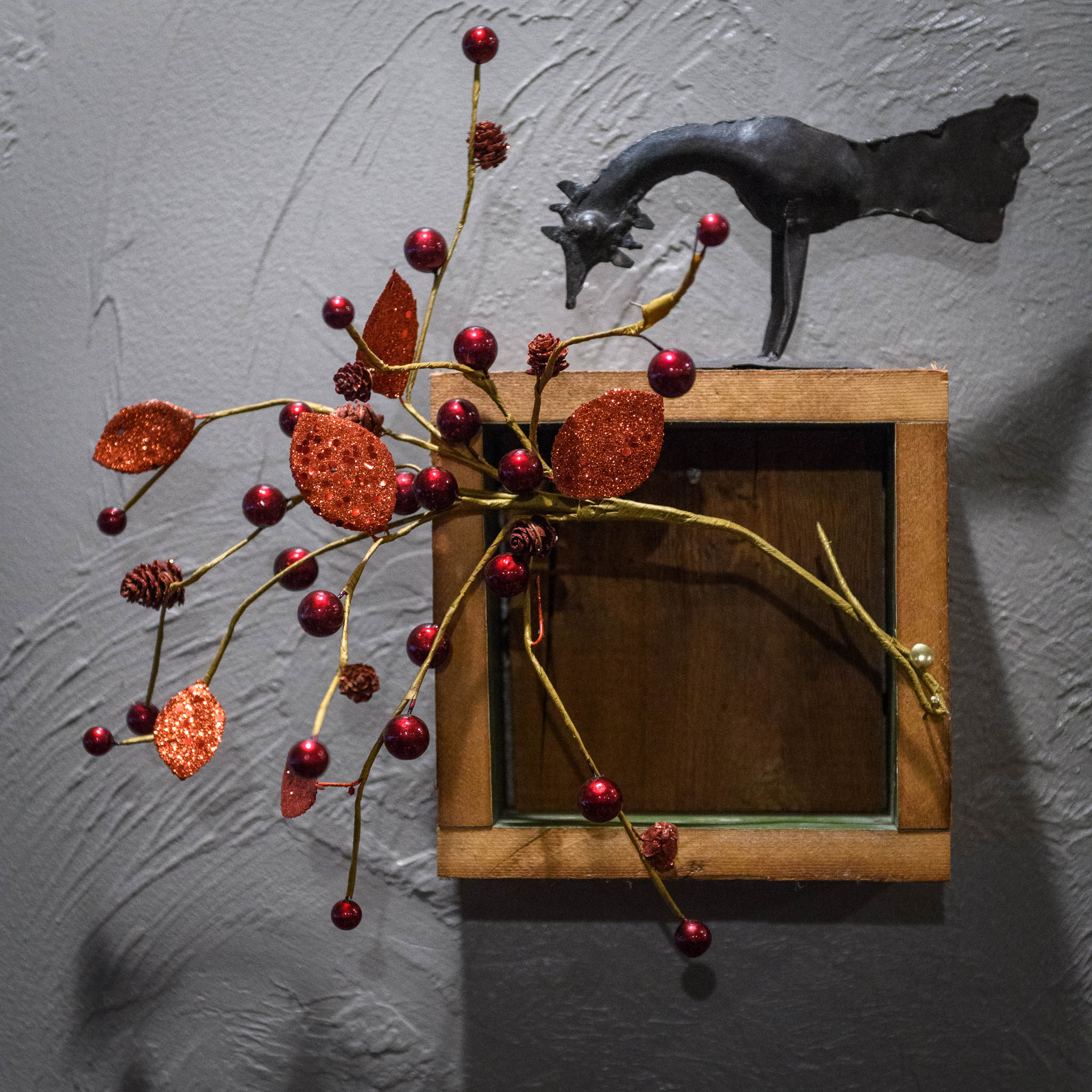 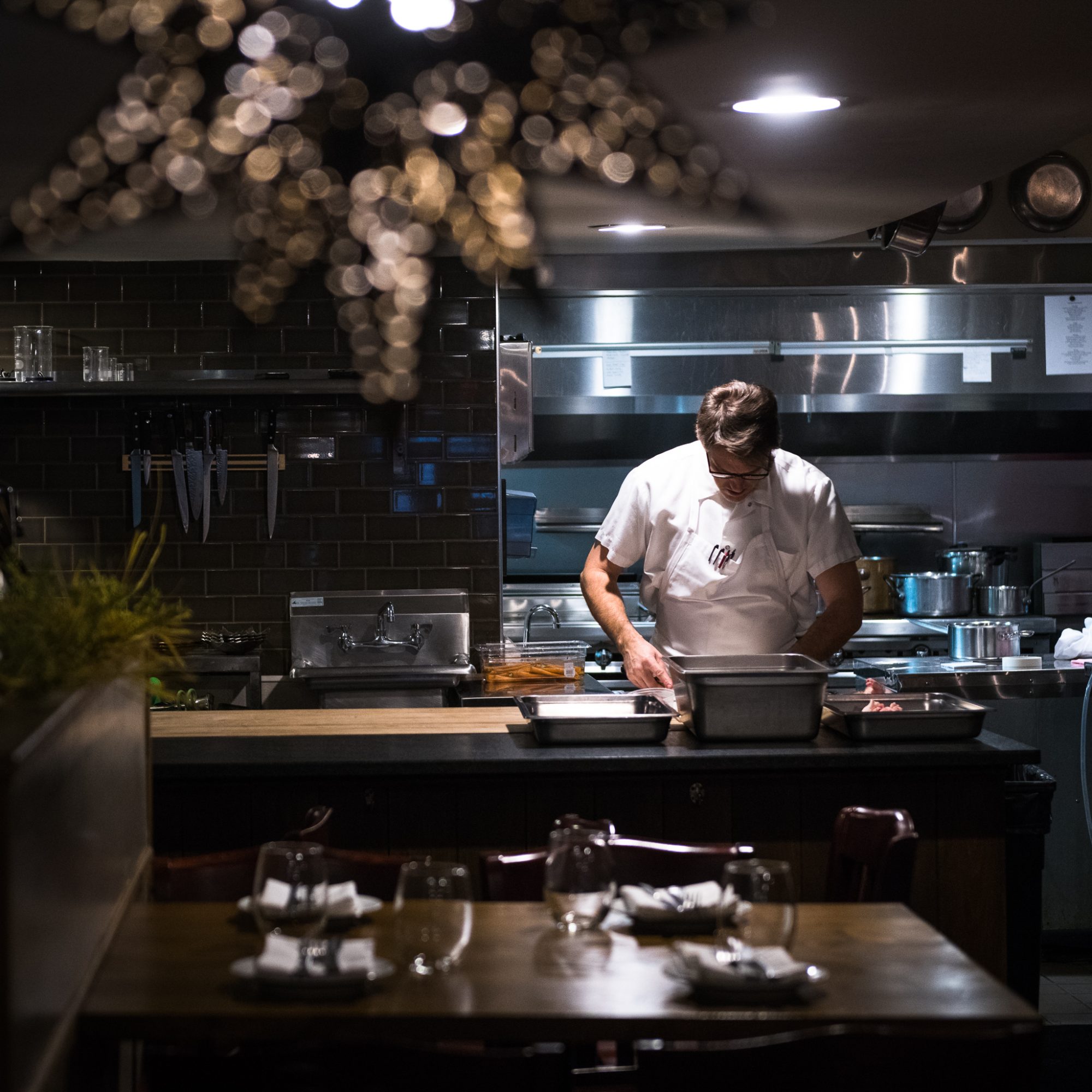