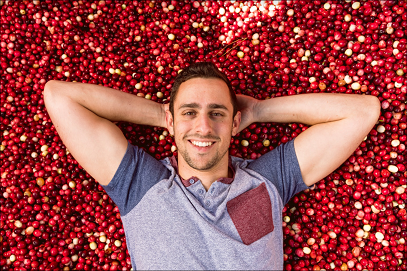 Today we’d like to introduce you to Michael Kurson.

Michael, please share your story with us. How did you get to where you are today?
As a kid I would shovel driveways in the neighborhood. It was a great way to earn some extra money. Most kids would make a deal with the homeowner, shovel the driveway, and move onto the next house. I thought differently; I knew that I could make a deal with the homeowner and come back to shovel it later. This allowed me to make deals with far more ‘customers’. It got to the point where I had friends working with me, helping me shovel because I had made deals with too many houses to shovel alone. The truth is I was never great at shoveling but negotiating and closing a deal…that’s what I loved and that’s what I was good at.

Fast forward to 2015, I was a student at Babson College and was running customer acquisition and marketing for a local home improvement company. I loved the job; much of my time was spent meeting with potential customers, giving quotes, and negotiating deals. It was right up my alley, but halfway through the semester juggling both school and work at the home improvement company became overwhelming. I quit my job to focus on my grades, something that I had never put much emphasis on. Like a lot of students at Babson, I was ‘studying entrepreneurship’, but it took me a bit of time to realize that entrepreneurship is best learned outside of the classroom. I wasn’t satisfied exerting all my energy and focus to achieve a letter on a report card. I was itching to get involved in something new.

I was sitting in the library at Babson working on a mini memoir project for an arts and humanities class. I enjoyed the class; it allowed me to reflect and think critically about my life, but as I sat there writing about my past, I couldn’t help but be distracted with thoughts of the future. What would this memoir look like if I were to write it in a year from now? Three years? Five? I picked up my phone and made a call. Enter my best friend and now business partner, Neil Quigley. Neil has always gone against the grain (halfhearted attempt at making a brewing pun). Neil has been a creator his entire life, constantly engaging in new hobbies and working on both collaborative and personal projects. Thankfully for me, Neil was passionate about brewing…and he was damn good at it. At the time, Neil was working as the beverage director at Jody Adams’ restaurant, Porto; I of course, was a student at Babson. That phone call was the spark that changed everything, the spark that started Briggs Original.

We’re always bombarded by how great it is to pursue your passion, etc. – but we’ve spoken with enough people to know that it’s not always easy. Overall, would you say things have been easy for you?
When we first started making five-gallon test batches in the garage we knew that we had something special, but there was a mountain of obstacles to ascend between homebrewing Briggs and selling Briggs commercially. Neil and I were both twenty-one years old and, in short, the ‘mountain’ ahead consisted of raising investments, obtaining an alcohol wholesaler’s license, finding a contract production facility, partnering with a distributor, and finally, selling our product commercially.

It would be too much to share all our struggles; the list is too long, so I’ll focus on one- raising capital.

Our first thought was to go to our respective parents and see if they would loan us money or invest. Both of our parents promptly said “no”. In retrospect it was the best ‘no’ we’ve ever received. It forced us to be fully independent, to either fail on our own, or make it work on our own. It was the tough love we needed, and it helped create a mindset of resilience and fortitude.

I started reaching out to every connection I had; my network was limited off the bat…I was a college dropout. My strategy was to ask each person I talked to for a piece of advice and an introduction to someone who would be willing to talk. I learned very quickly that there were a ton of people open to sharing thoughts and advice but getting money from them was much harder. As the months went by, my network was growing immensely; I was talking to and getting introduced to new people every day, but I had received no offers. To be fully honest, most people stopped talking to me once I asked if they were interested so I became increasingly hesitant to ask. After a solid three months of networking, we found a potential investor who seemed very interested. We spoke with him on multiple occasions and had a long in person meeting. He liked the concept and he loved the product. About a week after us in person meeting he gave us an offer, our first offer. Neil and I were ecstatic even though the offer was confusing and seemingly not great. I wrote back looking for more clarity on his offer, but he never responded. It was extremely frustrating, especially after all the hard work I had put in, but it was a valuable lesson. During the duration of our capital raise we had other instances in which people committed and ended up pulling out. Long story short, I no longer celebrate commitments.

Raising capital is a combination of building genuine relationships, gaining trust, persistence and networking your ass off. A college friend of mine’s father previously worked as a supply chain consultant at SAB Miller. I figured he’d be a great person to talk to, so I requested a phone call. That phone call turned into months of back and forth, discussing all aspects of our plans and goals. In the beginning we were touching base every couple of weeks, but quickly it turned into weekly, and eventually daily interactions. I didn’t consider the possibility of him being interested in investing, nor did I want to ruin our relationship by asking.

One day we had a call arranged for the afternoon. I thought it was just a regular phone call, a phone call in which we would discuss the intricacies of the business plan or financial models. Instead, he bluntly started the conversation with ‘I’m interested in investing, but I’ll only invest if my investment partner thinks this is a good idea and is willing to invest with me’. He then introduced Neil and I to his partner and we arranged a time to meet. After multiple meetings and negotiations, they decided to invest, and we had made our first deal.

So, as you know, we’re impressed with Briggs Original – tell our readers more, for example what you’re most proud of as a company and what sets you apart from others.
Since the launch of Spiked Seltzer in 2013 and the explosion of the category in 2016, hard seltzer has emerged as the hottest new trend in the alcoholic beverage space. Briggs Original Hard Seltzer is crafted by fermenting a flavor neutral base of water and sugar, adding real fruit juice, and just a touch of cane sugar. It is the only hard seltzer on the market flavored with 100% real fruit. Briggs is naturally gluten free, low-calorie and low in carbohydrates. When we first started conceptualizing, we noticed a strong market shift towards healthier ready to drink (RTD) products, available both in the alcoholic and non-alcoholic sectors. As consumers are increasingly more aware of what they are putting in their bodies, Briggs Original satisfies the need to have an all-natural, low calorie, gluten-free alternative to the RTD options currently on the market. Our true bread and butter is the use of 100% real fruit; we source our cranberries from New England Cranberry Company, a local purveyor that provides us with an extremely tasty and high-quality product. We’re the only company in the market flavoring with 100% real fruit and it allows us to make the most flavorful, delicious and light, hard seltzer out there.

Differentiating ourselves from competitors is one of the most difficult challenges that we’ve faced, especially when our competitors are some of the largest alcohol companies in the world. The alcohol industry is overcrowded with a seemingly ever-growing number of different liquor, wine, beer, and flavored malt beverage brands. From the very beginning we’ve been keen on setting ourselves apart. To create a unique experience and gain exposure for our newly launched brand, we decided to curate and host Briggs Fest, a one-day music festival, held in July of 2017, at the Lawn on D in South Boston. We brought a diverse group of artists to perform including Sammy Adams, Waka Flocka Flame, and B.o.B. With over 2,000 attendees and millions of online impressions, we were able to successfully introduce our brand to the local target market in a unique and exciting way.

You can find our product in over 190 retail liquor stores in Eastern Massachusetts. Our first product, Boston Cranberry, which was launched in June of 2017, comes in a four pack and typically retails between $8.99 and $9.99. We have a location map on our website of stores that carry Briggs if you’re interested in trying it.

So, what’s next? Any big plans?
Over the next several months, we’ll be increasing and improving production, expanding reach, as well as launching two new flavors and a variety pack. The new product mix will be available for sale in the spring of 2018. Increasing our line from one to four products will build our brand visibility and introduce Briggs to new consumers who are looking for a variety of flavors and larger packaging formats. I’m very excited to bring these new products to the market, they’re delicious and they look awesome! With the foundation that we’ve built over the past year, it will be interesting to see what kind of growth we can achieve with the improvements that we’re implementing and the experience that we’ve gained.

Make sure to follow us on Instagram and Facebook to stay updated on all things Briggs, including what flavors we’ll be releasing next! (hint: one of them is tropical) 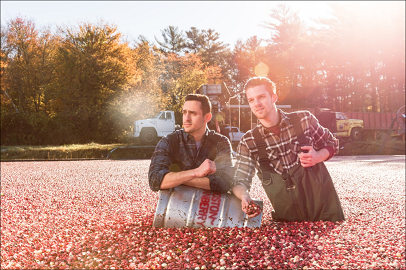 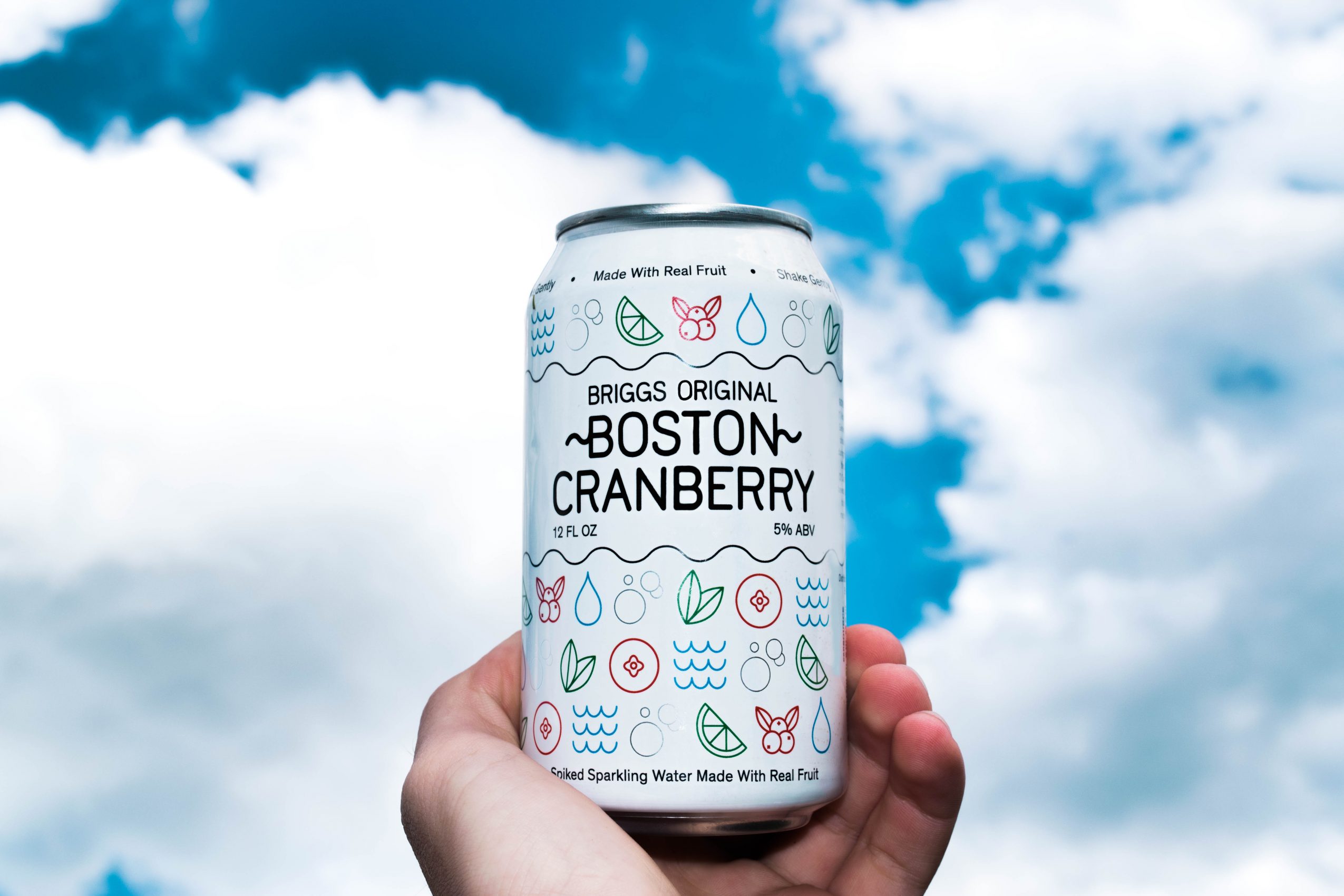 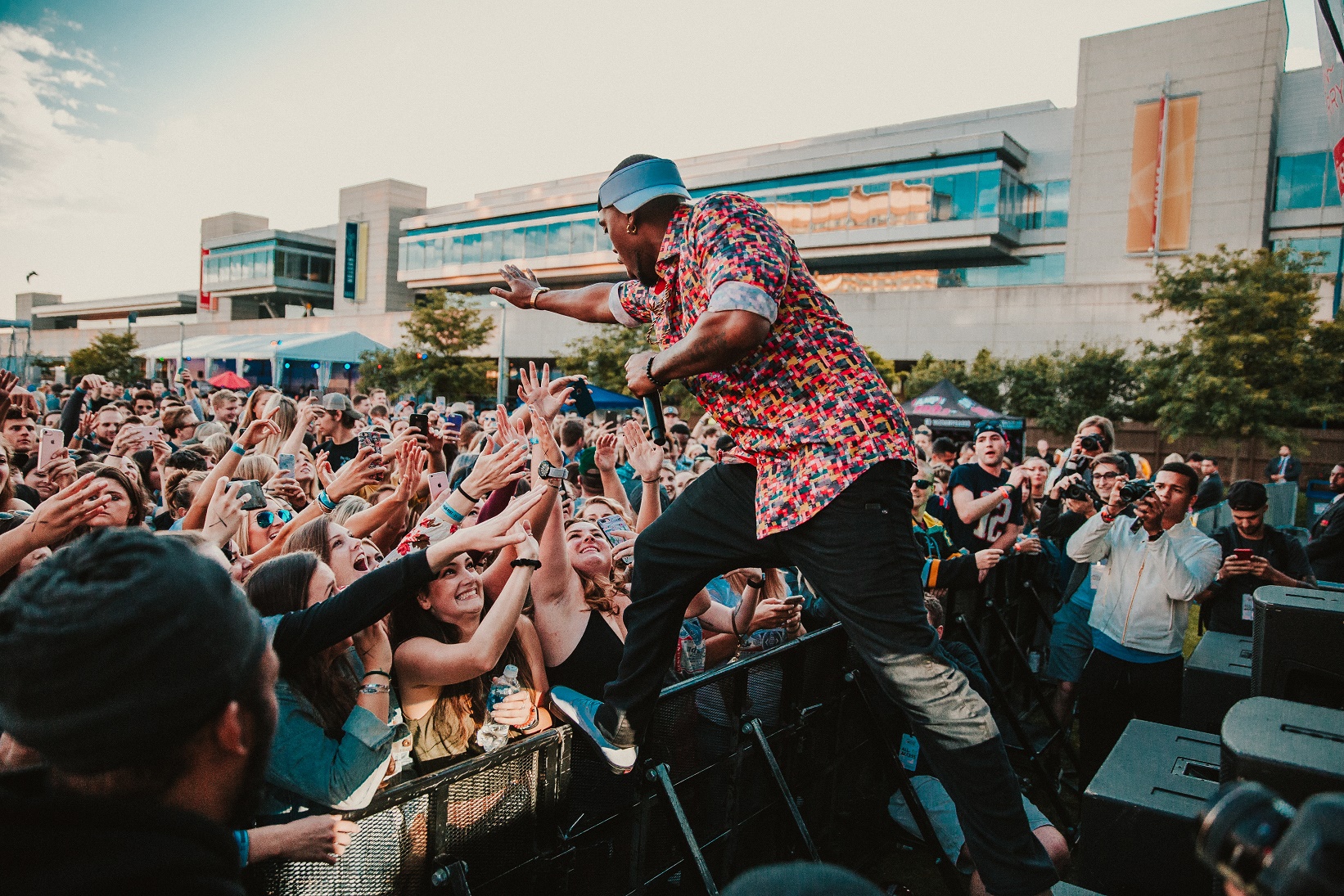 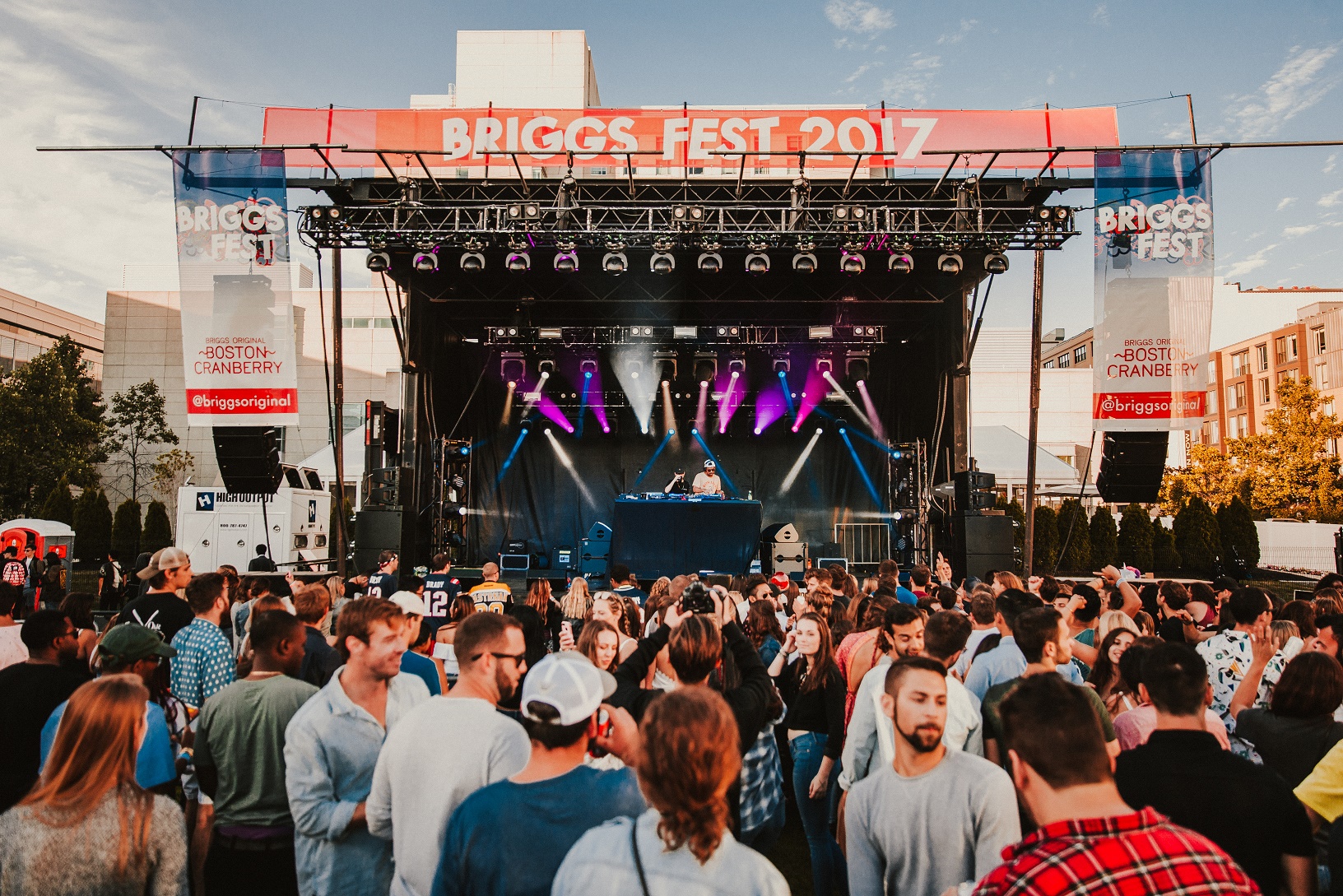 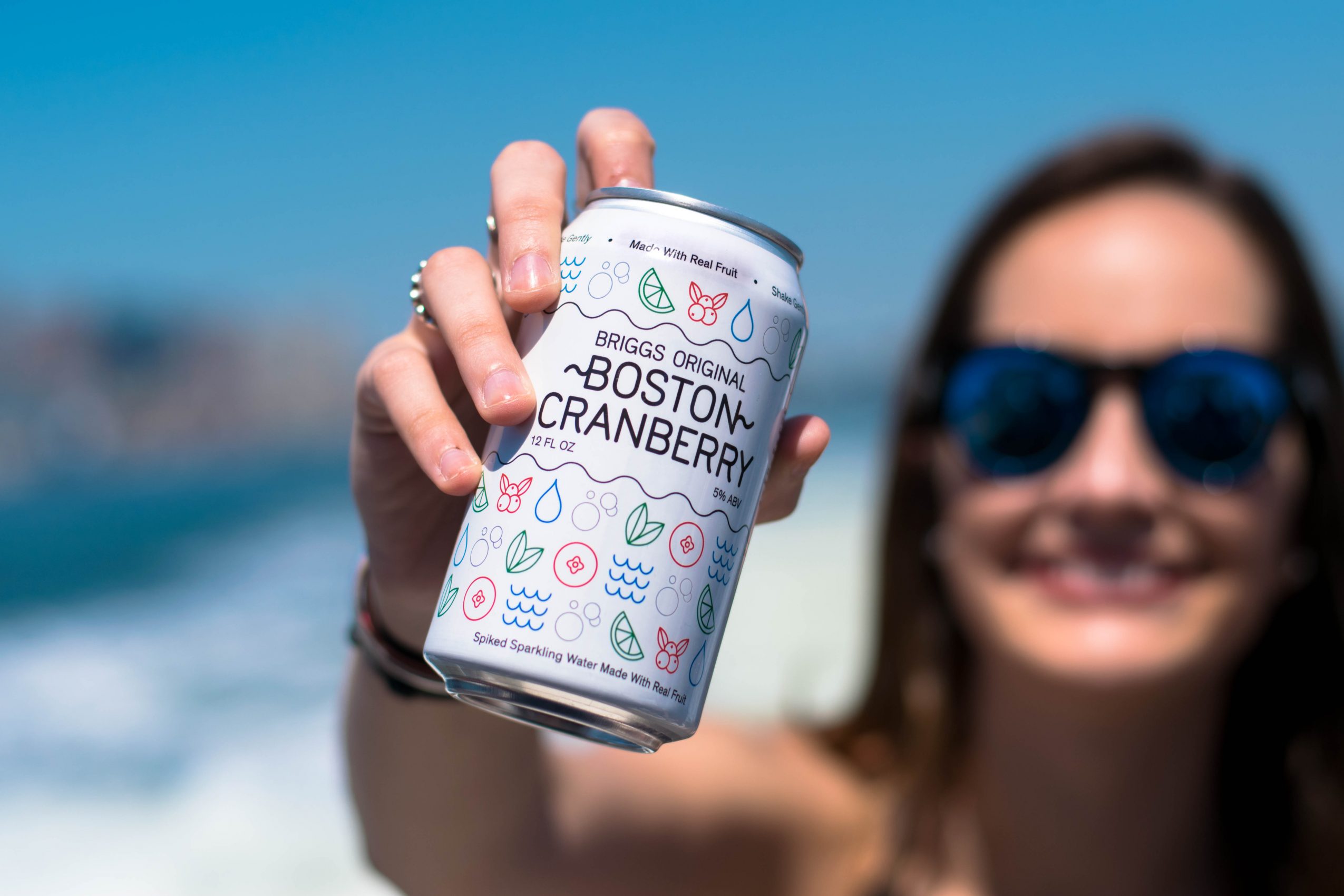 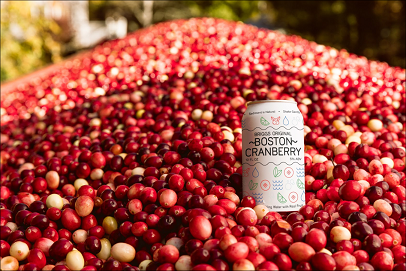