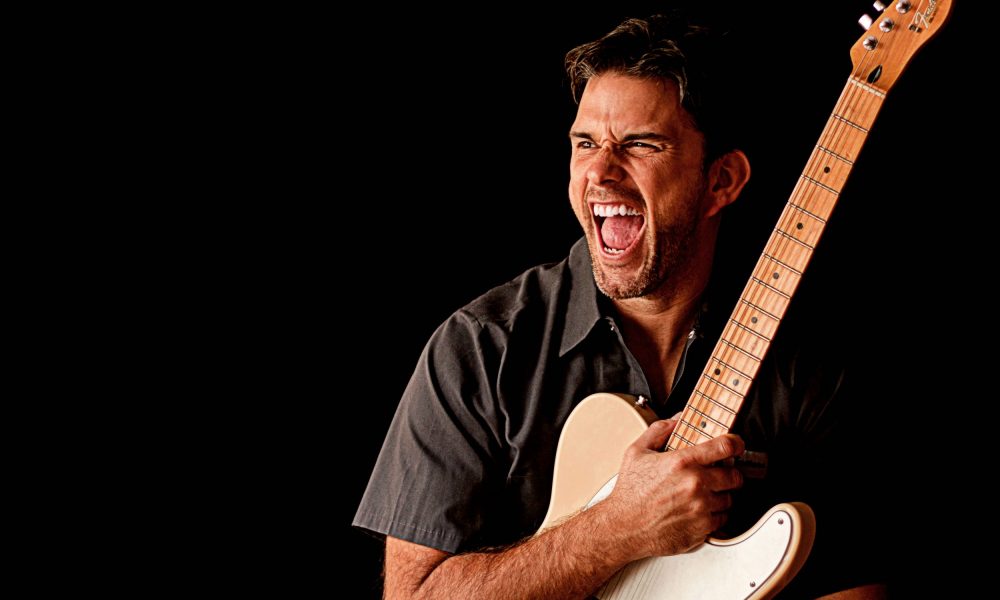 Today we’d like to introduce you to Marc Lacatell.

Marc, can you briefly walk us through your story – how you started and how you got to where you are today.
It all started when my cheap Kodak point and shoot started acting funny. So, I had started contemplating replacing it. Shortly after that, I brought it to a local concert at Showcase Live in Foxboro and took some shots of the band that was performing that night. When I got home, I liked what I saw and had a fleeting thought of wondering what it would be like to photograph bands?

Now, I have an art background and a music background. So as I circled back to the idea of replacing my point and shoot and I started researching entry level DSLRs and how I could justify spending $600. As all of this was swimming in my head, I was then playing in a rock and roll band around Boston and even New York City. And as with most bands, there’s always drama and I was contemplating quitting the band. As I was mulling this over, I bought that entry level DSLR, quit the band and decided that I wanted to photograph rock and roll bands on stage.

Shortly after that, I met one of Boston’s more prolific rock singers, Gary Cherone of Extreme. While chatting with him, I explained to him what I wanted to with photography and if I could photograph one of his other bands, Hurtsmile. Gary was kind enough to set me up with my very first photo pass. From there, I did photograph Hurtsmile live, but that led to working on promotional photographs for their second album Retrogrenade. Four of the photos found themselves inside the CD jacket, on top of the traditional 8” x 10” glossies and posters for a pledge campaign. That was a milestone for sure.

The bug had bitten me and I knew that I wanted to photograph bands on a regular basis.

I did my research, including reading All Access by photographer Alan Hess. As suggested in the book, I aligned myself with a publication, called Glide Magazine. From there, everything snowballed. Before I knew it, I was photographing bands on a weekly basis, interviewing artists and reviewing albums. Glide magazine, and its editor, really opened the door for where I’m at right now. I’m extremely grateful for the opportunities that have come my way and I love it!

Great, so let’s dig a little deeper into the story – has it been an easy path overall and if not, what were the challenges you’ve had to overcome?
It hasn’t been too rough. The greatest conflicts that I encounter are trying to schedule portrait sessions or coordinating concert shoots around my day job and my family obligations. It doesn’t help that my wife travels often for her job. Luckily, I get to do a fair amount of both portrait and event photography which keeps me incredibly busy, so I can’t complain. The only other obstacle that I encounter, and it’s actually really motivating – is that there are a plethora of photographers who create amazing images that inspire me to do my best and to keep learning.

MLAC Photography – what should we know? What do you guys do best? What sets you apart from the competition?
I’m mostly recognized for my concert photography. I do more of that than anything else.

I’m trying to balance it with more portrait work and it just takes a lot more initiative to promote myself and to reach out to clients. When it gets boiled down to what I actually do, it all comes down to portraits. Whether I’m setting up a band’s promotional piece in the studio, a location shot for corporate headshots, or squeezing in and out of the photo pit to photograph rock stars – it’s all portrait work and it’s amazing! My main goal is to capture the person’s personality in each frame. If I am editing my work and trying to decide which photo to use, I will only go with the ones that reach out and speak to me.

The subject has to have that sparkle in their eyes. It’s more than just seeing any catchlight. I need to see who they are.

I think that I’m most proud of how quickly I trained myself to be ready to photograph in low light during concerts and taking on an annual photoshoot of around sixty students at the Perkins School for the Blind. It’s a very intense and emotional experience unlike any other photoshoot that I’ve ever done. The challenge is incredible and is the reward is that of being able to have taken portraits of some of the most amazing people that I have met in my life.

I think what sets me apart from others is that I have a great deal of patience and that my life experiences directly affect or influence my photography. I am able to capture the subject’s personality and I care very deeply about doing so.

What moment in your career do you look back most fondly on?
I was very proud to have my concert photography displayed in a well-known gallery in Boston during two different exhibitions. The gallery owner took a sincere interest in my work and it was very flattering. It was also extremely exciting and humbling to have my work hung alongside notable concert photographers that have worked with legendary artists. It was a wonderful experience to be included and to be able to meet so many special and talented people in the industry.