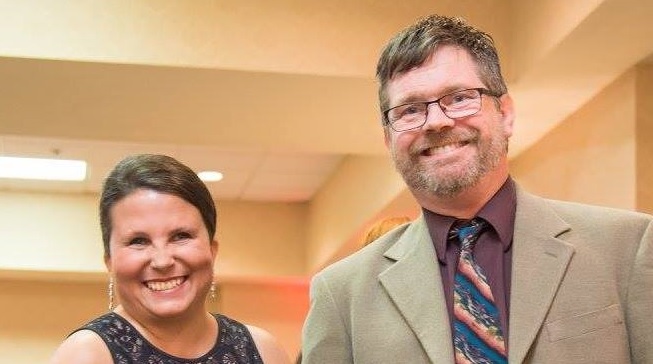 Today we’d like to introduce you to Lisa Ostrow.

Lisa, let’s start with your story. We’d love to hear how you got started and how the journey has been so far.
My business partner, Patrick Dreier, and I, founded Encore Music Academy and Recording Studios on a bit of a whim. In August, 2011, we were both teaching music out of our homes, and running a recording studio out of Pat’s basement. While on the phone one day, I tossed out the idea of opening a school together, which was met with silence. I traveled to Canada that week and when I returned, Pat called and said, “About that idea you had …” to which I replied, “What idea?” and that is how Encore was born. Just one month later, on September 29, we signed Encore into existence! After renovations on the bottom floor of a building we found for rent, we were able to open our doors on February 13, 2012, with just the two of us and 40 students in a 2750-square-foot facility, which became five lesson rooms and two state-of-the-art recording studios. A year-and-a-half later, we found that we had already begun to outgrow our space, so we found and renovated a second location in Millis. Now, five and a half years after opening, we have 25 faculty, three office staff, and a growing student body of over 300 students taking nearly 400 lessons and classes on every instrument imaginable on a weekly basis.

In 2015, seeing a need for financial aid and support for students of music, we then founded the Encore Music Education Foundation, Inc., a not-for-profit 501(c) (3) corporation, designed to provide merit-based and need-based scholarships and subsidies to deserving music students. To date, the Foundation has been able to provide over $11,000 in awards and subsidies, a goal which we hope to double in the next year!

Great, so let’s dig a little deeper into the story – has it been an easy path overall and if not, what were the challenges you’ve had to overcome?
In general, it has been a very smooth road. We have been fortunate enough to have developed a very loyal customer base with remarkable families and students. Of course, the obstacle we have encountered most, overall, is financial, but that is very much the story for many small businesses. Thanks to the Massachusetts Commission for the Blind, the expense of equipment for me (I am totally blind) has been mitigated, as they were generous enough to provide me with the braille laptop upon which I manage the core of the business activity, from databases to documents, from Internet to email. Without them, that would have been a very large financial burden for us.

We have some of the very best instructors around, and all of our instructors practice what they teach; in other words, we have instructors who play with the Boston Ballet, at Tanglewood, at Carnegie Hall, and other illustrious venues on a regular basis. We have even had three of our own students perform at Carnegie Hall as well, thanks to their performance in their Royal Conservatory assessments. All in all, I would have to say that we are very fortunate to have had the rapidly growing and successful years we have experienced thus far.

Alright – so let’s talk business. Tell us about Encore Music Academy and Recording Studios – what should we know?
Encore Music Academy and Recording Studios is a unique business model, wherein we both teach music lessons and run a fully functioning state-of-the-art recording studio on site. Not only do students have the opportunity to study their instrument of choice (everything from strings to piano, woodwinds and brass to percussion, and voice and guitar to bass), but students also have the opportunity to record in the studio. With our Recording Ensemble class, students learn how to work in a studio environment, both as backup singers and soloists, while producing an album of a different genre every year or so. To date, the group, known as The EnHarmonix, has produced a holiday album entitled “DECEMBER”, and, most recently, a pop album, “Archive of Memories”. All proceeds from the sale of these albums go directly to the Encore Music Education Foundation, our other endeavor.

As a Founding School for the Royal Conservatory of Music, Encore was one of the first schools in the United States to adopt their curriculum, and subsequently, we became an official assessment center for the program, as well. It is through participation in this program that three of my voice student who excelled in their examinations, were invited to perform at Carnegie Hall this past February. One student who finished her Level 10 piano and Level 8 voice received a large annual scholarship to Berklee College of Music, and in her last year here at Encore, was the composer and arranger of two of the songs on our most recent album.

Our students are an integral part of what we do and who we are. When we first opened our doors, our office staff consisted of students who interned for us. Then, as we grew, those same students became employees. Now that we have grown to where we are today, our office staff is adult; however, students continue to work for us in various capacities, both behind the desk and in the studio. I think that Encore is a very unique environment where whole families come together to learn, speak the language of music, and to create.

Let’s touch on your thoughts about our city – what do you like the most and least?
The best thing about Boston is the opportunities that abound here.