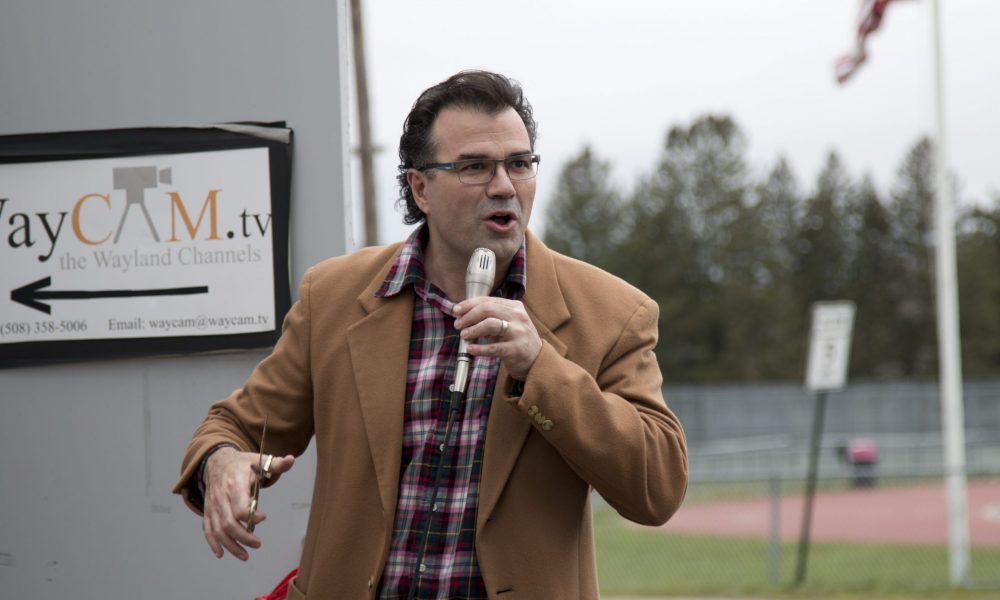 Today we’d like to introduce you to Jim Mullane.

Jim, let’s start with your story. We’d love to hear how you got started and how the journey has been so far.
I graduated from Emerson College in 1989. During the 80s and 90s I was pursuing a career in front of the camera as an actor and model. I did a variety of plays, television commercials, fashion shows and magazines in the Boston area. I also enjoyed writing and directing theater productions. I was offered a position to teach acting for stage and television for a non-profit organization, located in Framingham, MA called The Performing Arts Center of Metro West (PAC). I was ultimately hired as the first Theater Coordinator at the Performing Arts Center. My career soon shifted from my wanting to be in front of the camera to a passion for directing, writing and teaching.

While I was working at the Performing Arts Center, The Director of the before and after school programs for Wayland, MA approached me for a position teaching children Television Production in the towns summer program called, Pegasus. Once I started with Pegasus, I then became involved with The Wayland Park and Recreation Department and their Summer Theatre Program. My introduction to WayCAM, which at the time was called, The Wayland Channel was due to me editing and producing the content of the Wayland summer programs at the studio. After working as a producer for two years with the Wayland Channel. In 1998 I was offered and accepted the role of Station Manager overseeing the studio. Once the Town took over the Studio we renamed the studio, WayCAM, and I was promoted to Executive Director. Our studio now has a staff of 3 (2 Full Time and 1 Part Time) a dedicated Board of Directors and roughly 20 – 25 volunteers comprised of students, professionals, and retirees and interns a great representation of the Town of Wayland.

Overall, has it been relatively smooth? If not, what were some of the struggles along the way?
WayCAM is a non-profit organization, like all non-profits there are always obstacles and challenges. Our main challenge is keeping up with the pace of ever changing technology. Predicting where technology will be 5 years into the future and where to invest your money is always a challenge. As a studio we are continually checking where the industry is going with technology and working with our vendors to ensure that we have the most current technology to better serve our community. We have incredible support from the community. Asking citizens of the town to donate their time to volunteer and getting the youth involved is asking a lot, but with our community outreach and free Video Production Classes we offer to the town we’ve been able to function and continually grow over the years.

Today, we have a brand new state of the art studio broadcasting on 3 channels 24/7. WayCAM has created 10 satellite studios located all over the town that can broadcast and stream live. This has allowed us to produce over 800 (PEG) Public, Education, and Government Programs a year. We’re very proud of this!

WayCAM – The WAYLAND COMMUNITY ACCESS & MEDIA – what should we know? What do you guys do best? What sets you apart from the competition?
Wayland Community Access and Media, Inc. (WayCAM), is a Wayland, MA 501(c)3, non-profit corporation, whose primary activity is to provide non-commercial public and educational cable access and related technology services to the residents, schools, businesses and other institutions of Wayland. The mission of the Corporation is to provide a non-profit, electronic forum for the free exchange of information and ideas, which reflect the talents, skills, interests, concerns, and diversity of the Wayland community. In pursuit of this mission, the Corporation:
1. Manages facilities for community access TV programming on the Public, Educational, and Governmental (PEG) access channels of the Wayland cable television system. 2. Provides access to and training in telecommunications and/or computer technology, including video production and computer communications. 3. Serves as a catalyst to facilitate and stimulate community discourse and provide leadership in the uses of telecommunications technology.

WayCAM, with only 3 employees, has been able to produce over 800 productions a year and keep growing. This just didn’t happen, it was a direct result of planning for the future and the support I have from my Board of Directors. WayCAM planned for equipment purchases due to technology changes, the creation of the self-manned and manned satellite studios, and our involvement and outreach with the community and high school students, which created volunteers to do the productions. This has been one of our biggest successes for our community and other access studios have taken notice. I’ve had several studios call me to visit our studio to get ideas for their studios and outreach to communities.

We are so proud and humbled by the number of students we have had over the years that have benefited from WayCAM. Students in collaboration with WayCAM and Wayland High School have been honored by receiving 11 International Student Film Awards (including 3 Telly Awards, 7 Communicator Awards and 1 Arlington Film Festival Award). We’ve also had the honor to support 17 graduating students by giving them a merit scholarship from WayCAM, which is awarded to assist the students in furthering their education in the communication field. WayCAM has been doing this for the past 14 years and looks forward to continuing this into the future.

What are your plans for the future? What are you looking forward to or planning for – any big changes?WayCAM continues to look ahead into the future. We have proposed and are planning to increase the size of our building in 2021 and 2022. This will allow us to enhance our facility for the growing interest of our community. We’ll gain a larger editing room with new edit bays. The studio room will be enlarged for bigger productions and we will be adding a viewing room within the studio for student and volunteer productions. WayCAM will also have a conference room for student and volunteer production meetings.

I am also looking to create a panel of New England Access Studio Executive Directors / Studio Managers to meet several times a year at each other’s studios to share ideas and learn from each other. 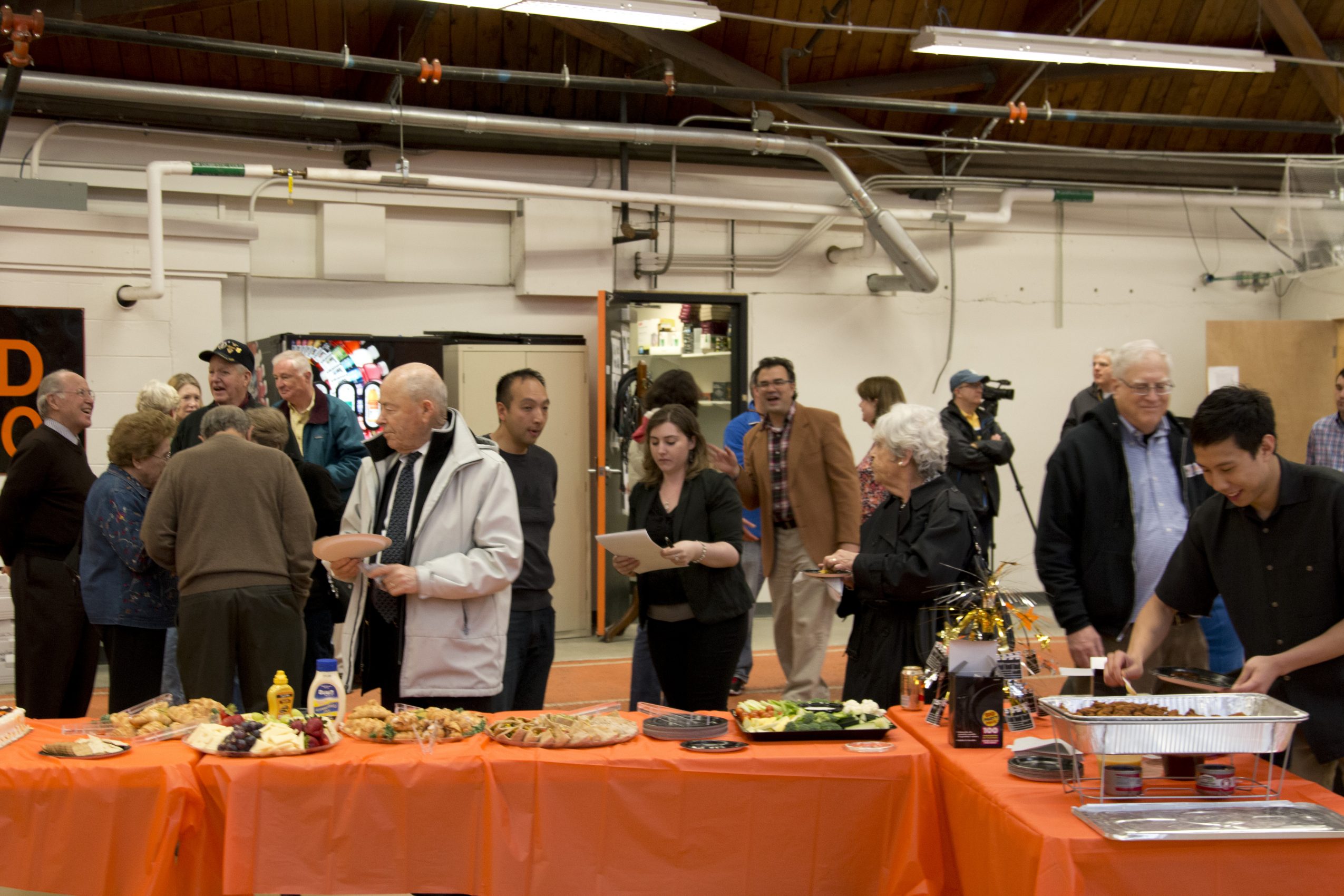 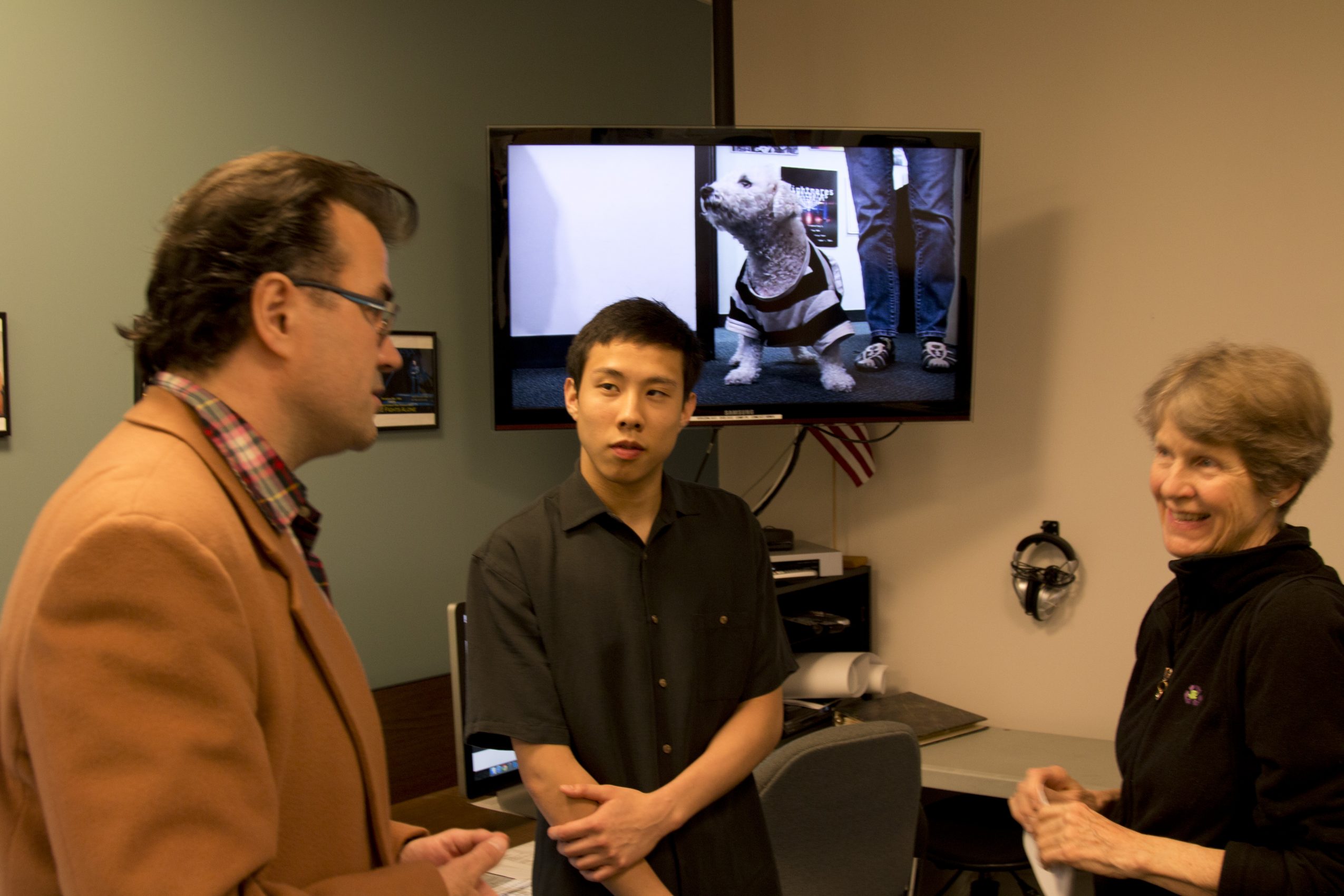 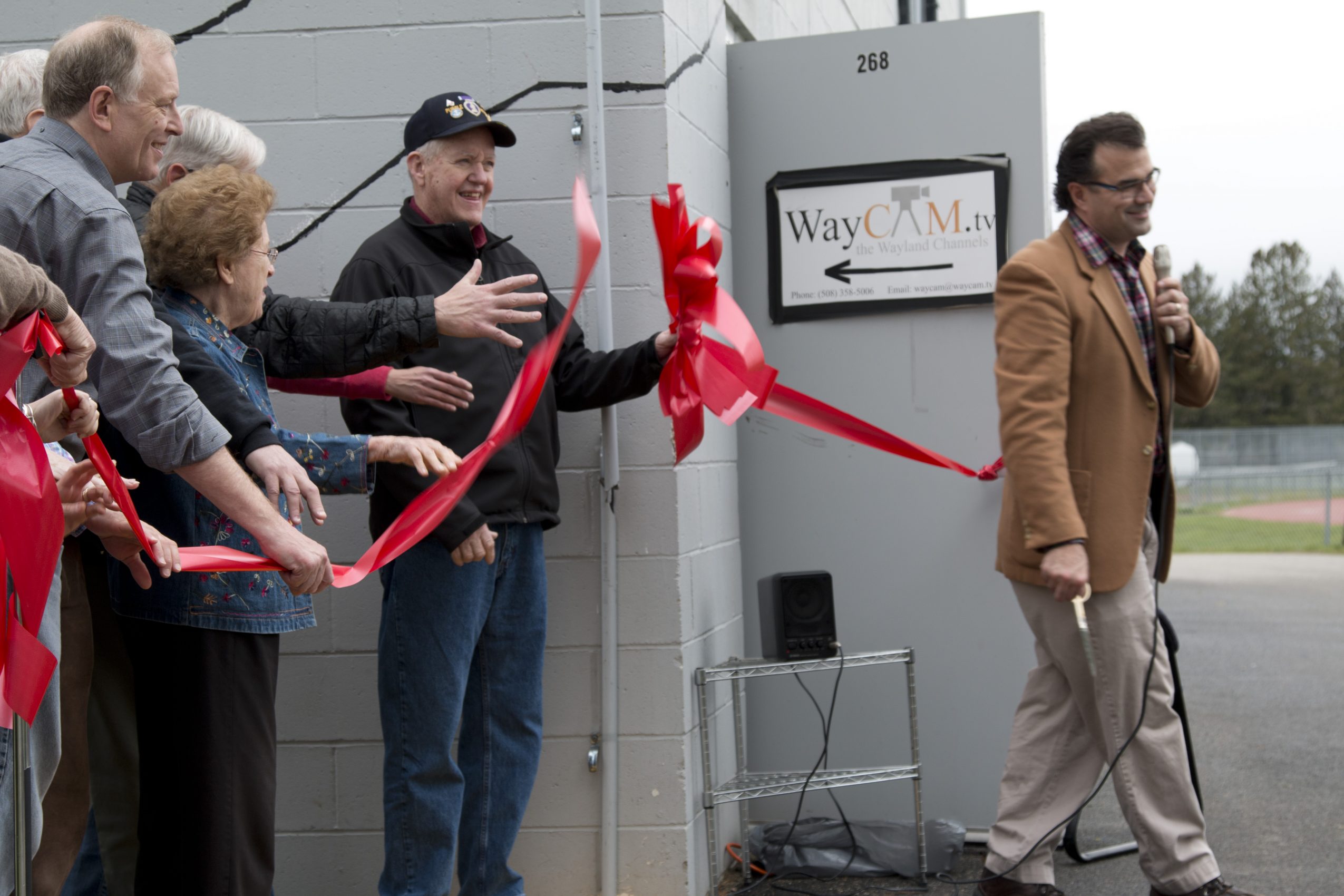 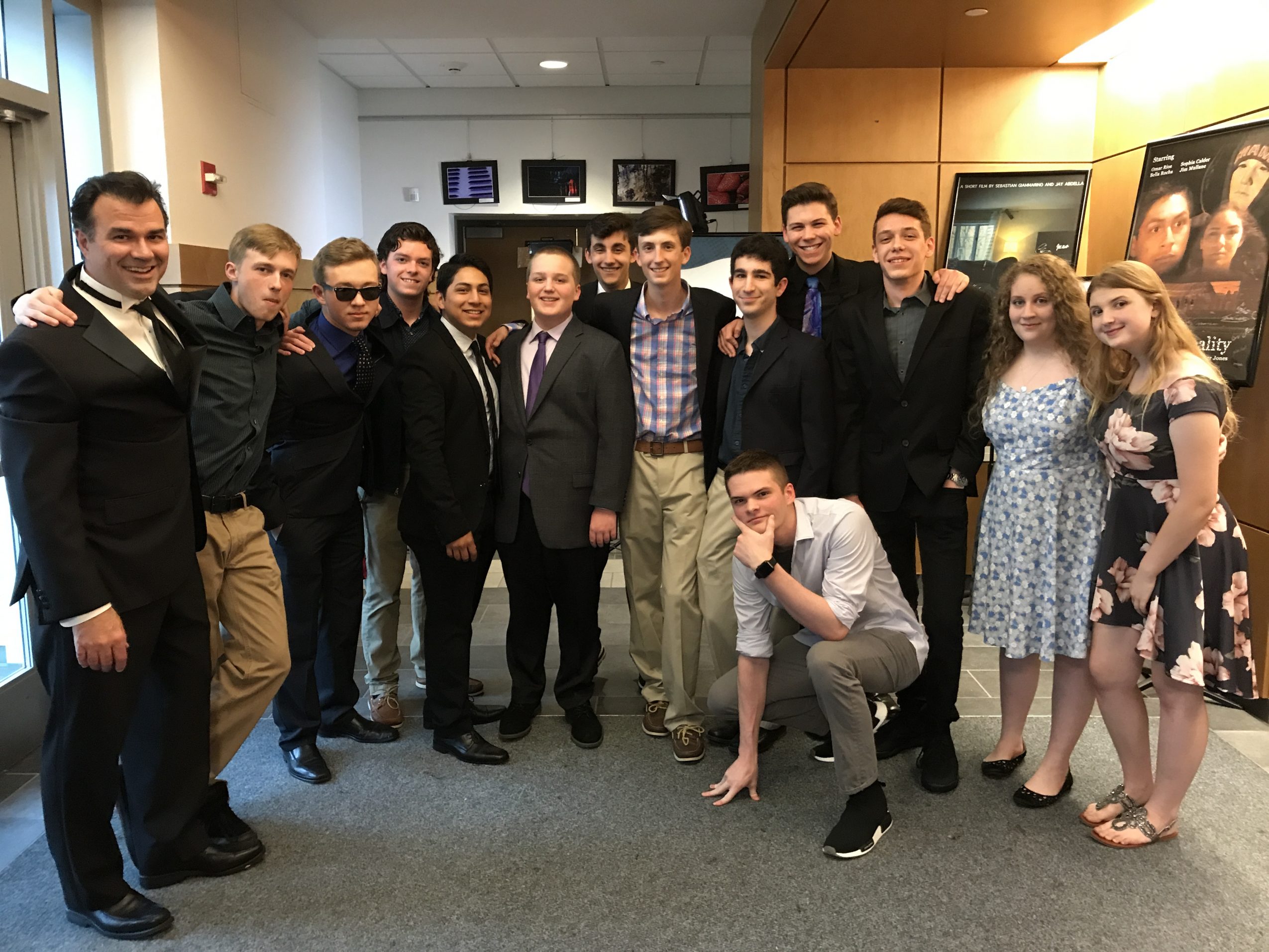 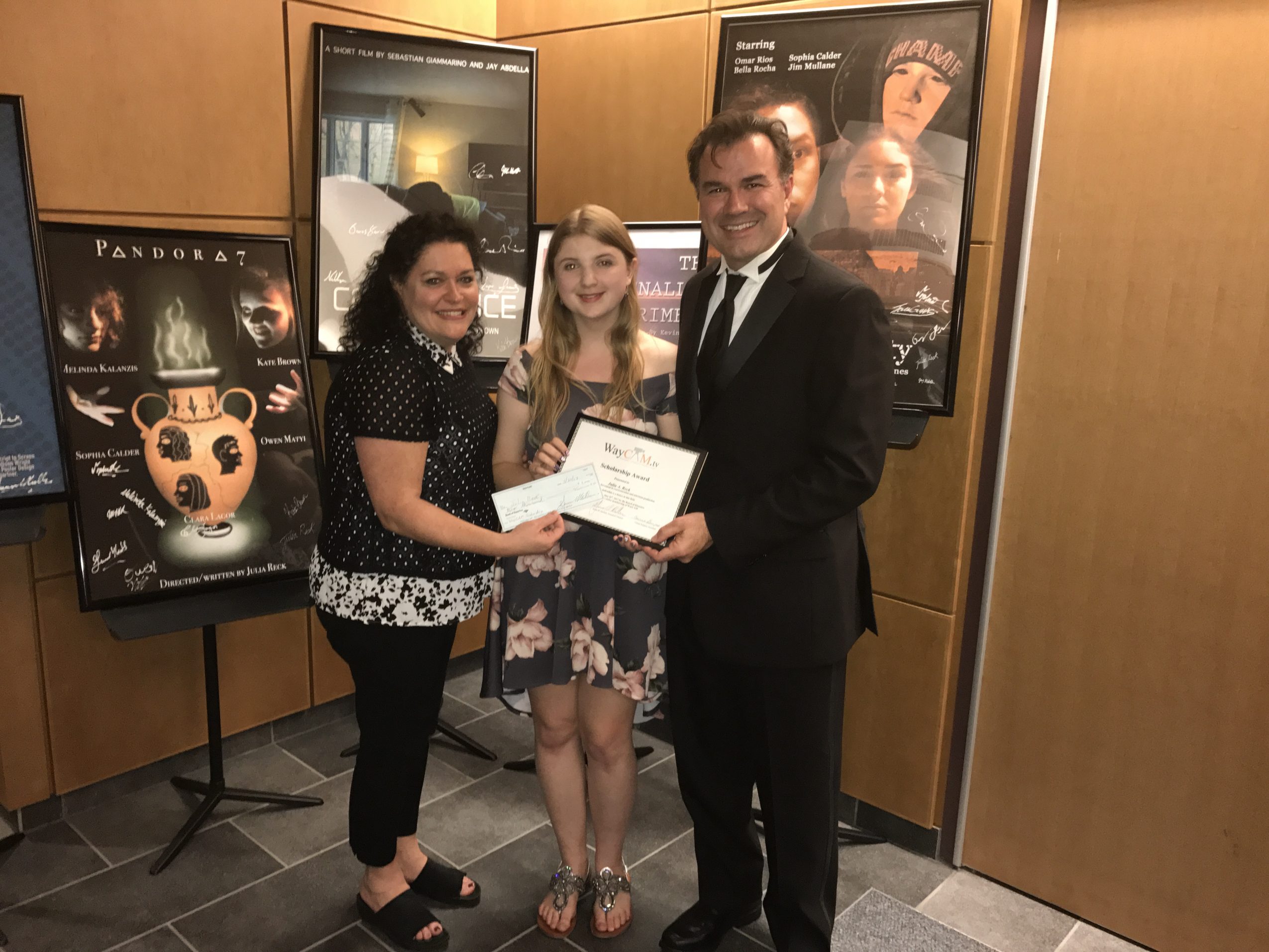 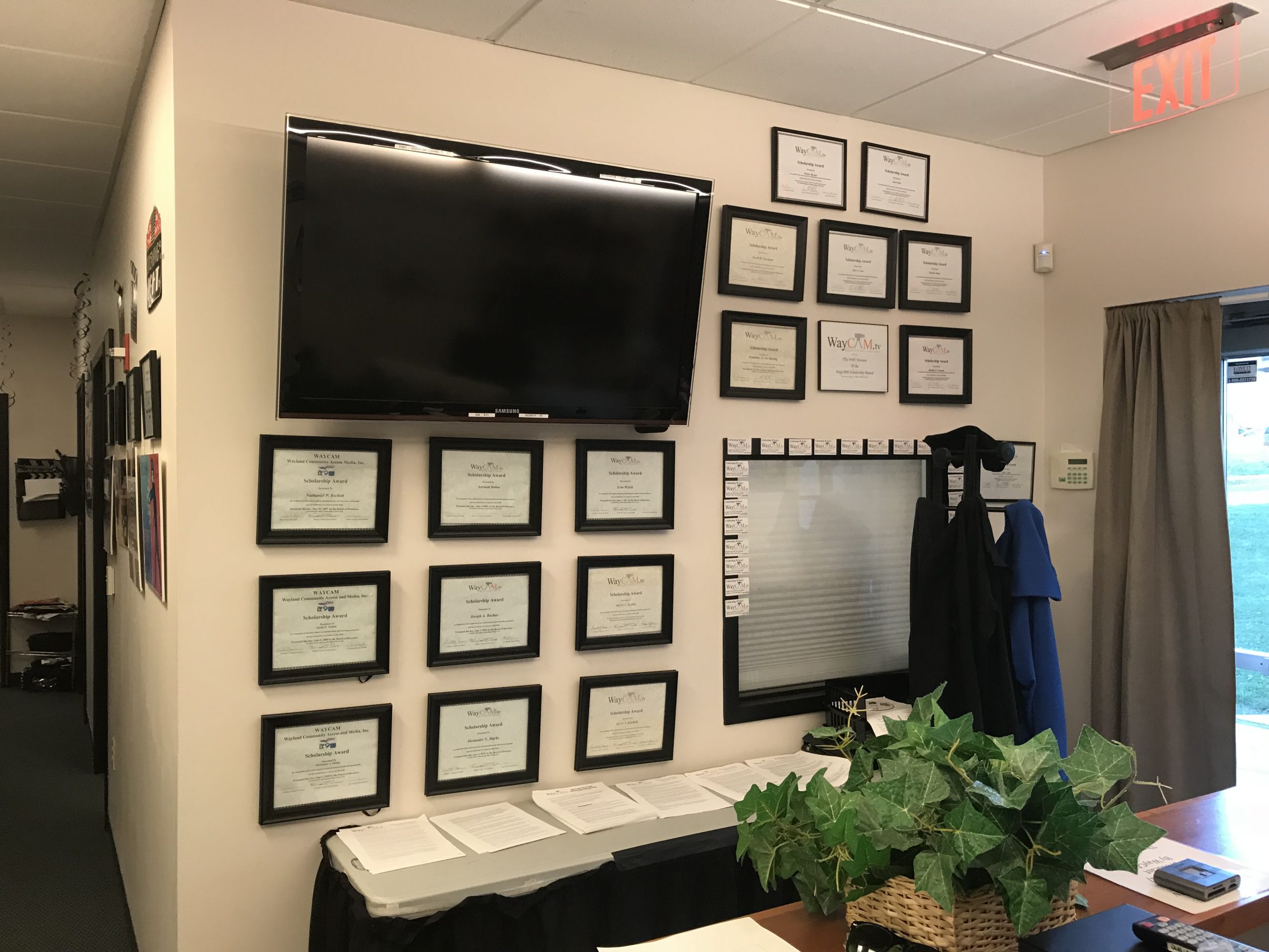 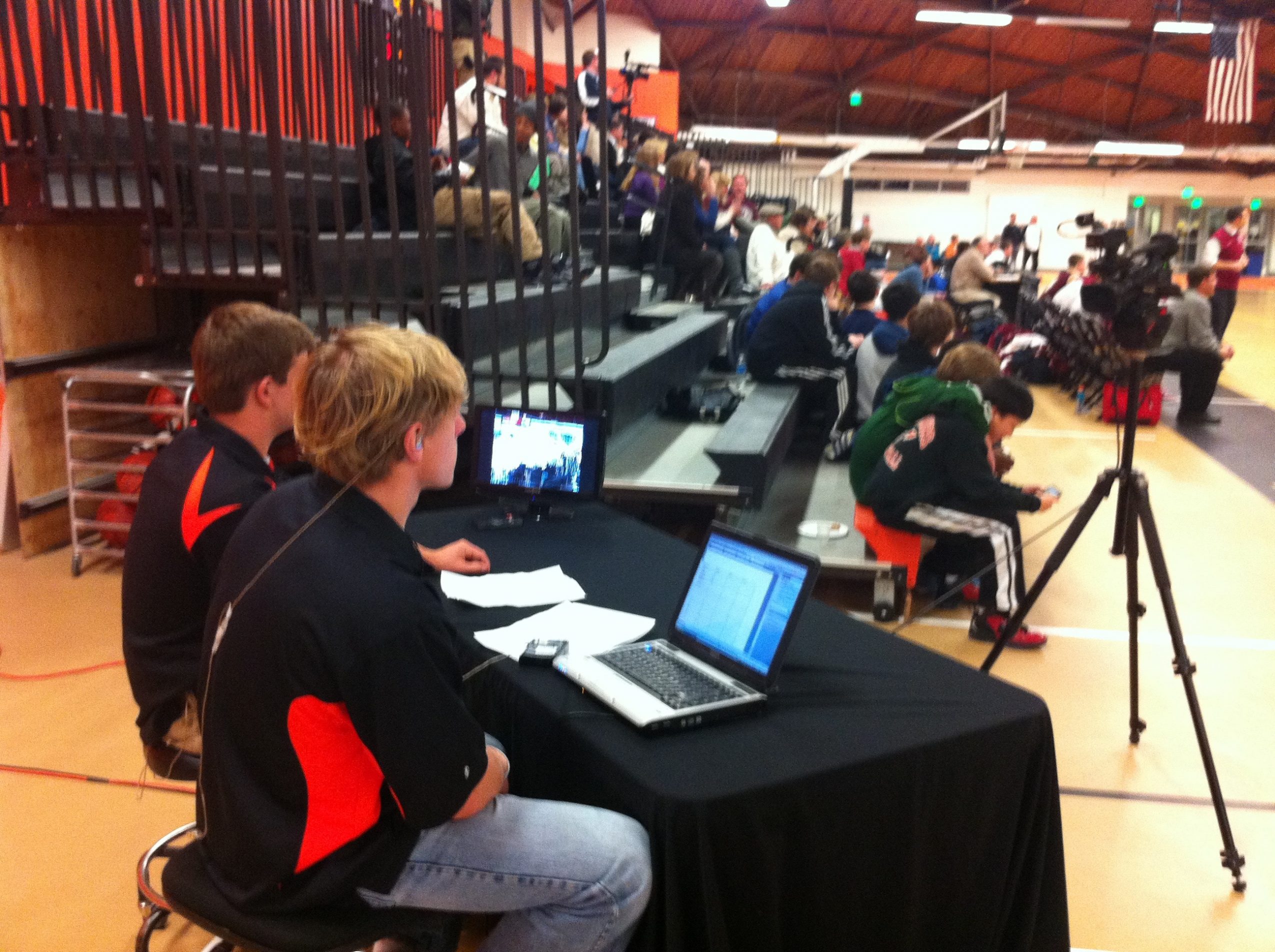 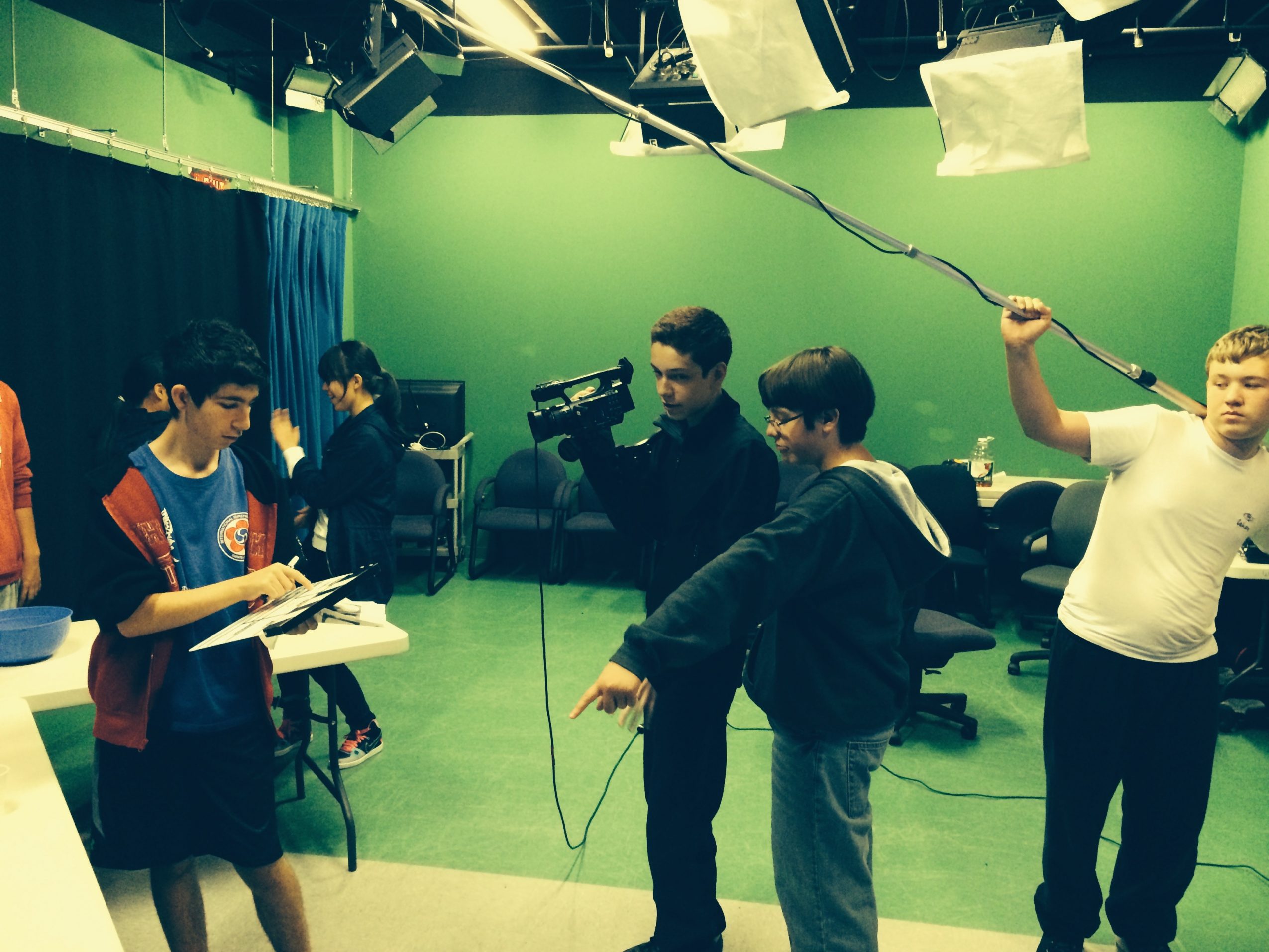 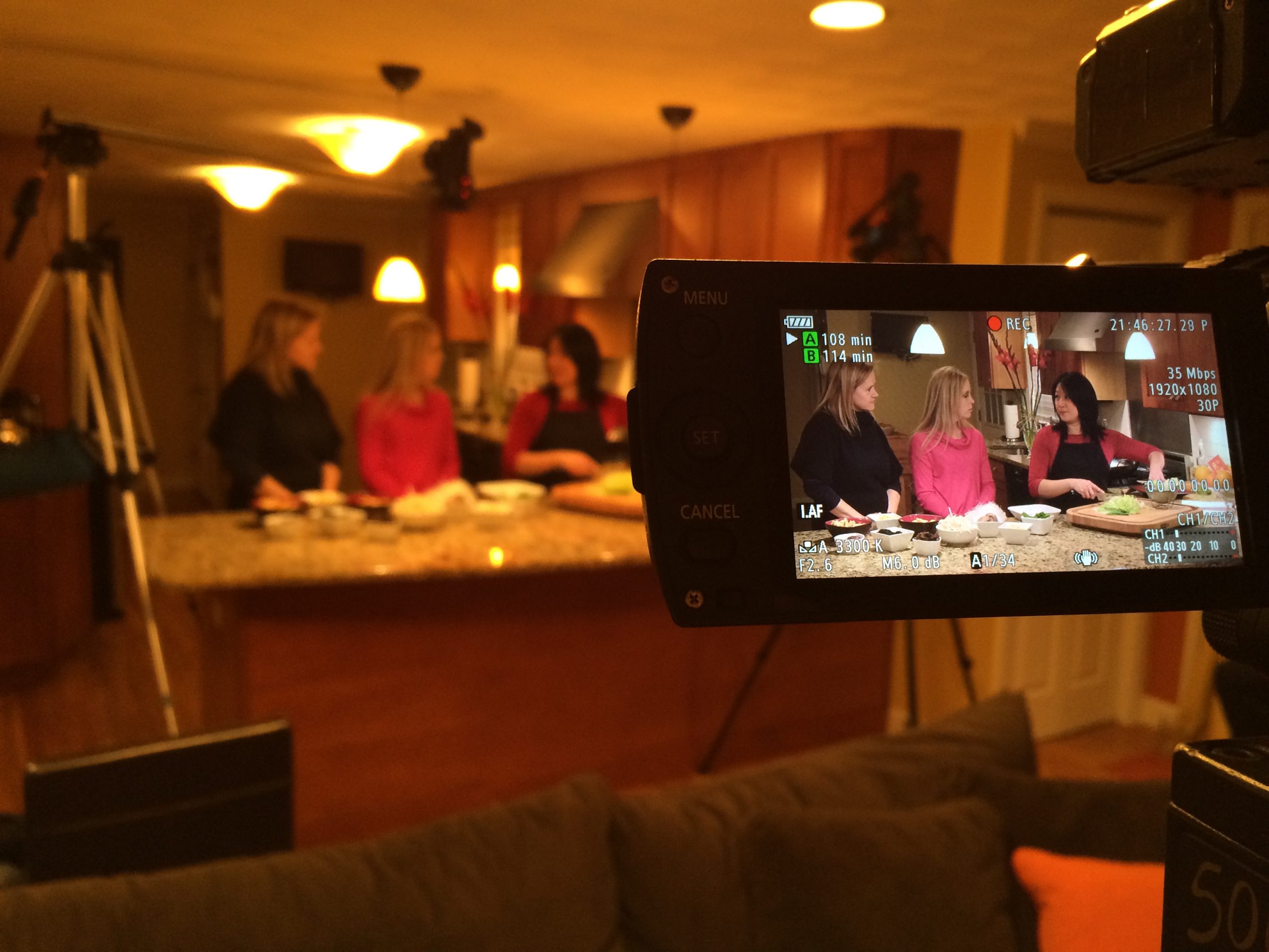