Meet Jen Royle of Dare To Taste in Charlestown 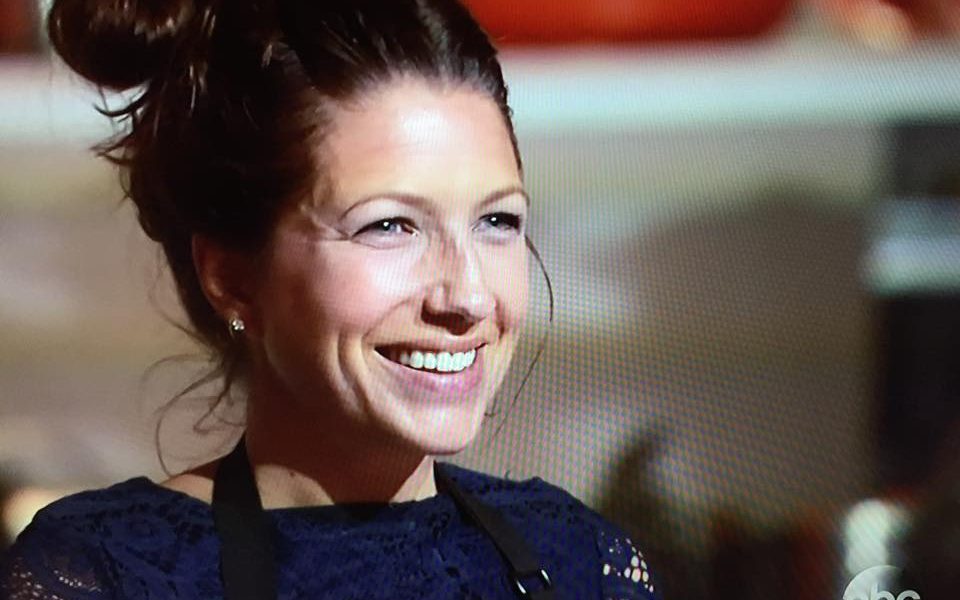 Today we’d like to introduce you to Jen Royle.

Thanks for sharing your story with us Jen. So, let’s start at the beginning and we can move on from there.
I’ve been cooking since I was a little girl, and always dreamed of going to culinary school and opening up a restaurant. I’m pretty sure I was the only student to bring a massive Kitchen Aid mixer to college!

After college, I moved to New York City, my other dream, and ended up working for the New York Yankees television network. I was a huge baseball fan and had always thought about a career in sports, but didn’t really know how to go about it, especially after studying psychology in college. Yes, I also wanted to be in the FBI, but that dream was shattered fairly quickly.

My first locker room was the Boston Red Sox’ at Yankee Stadium. Can you imagine? I eventually did a lot of radio, national and local, and made various television appearances on ESPN talking baseball, more specifically Yankees-Red Sox, the biggest rivalry in MLB history. After six years with YES, I moved onto MLB Network Radio (Sirius/XM) and become a National reporter based in New York City, which means I dipped into the National League and started covering games and teams at Shea Stadium, home of the Mets. In 2008, I won a New York Sports Emmy as a member of the YES Network, something I am extremely proud of.

After the Yankees won the World Series in 2009, I moved to Baltimore to join CBS Radio and MASN (The Mid-Atlantic Sports Network) covering the Baltimore Ravens and Orioles. After two years in Baltimore, I decided it was time to move home to Boston.

In 2013, I became the first female sports radio host in Boston, landing a weekend job on WEEI hosting my own show, “The Jen Royle Show” on Saturday afternoons. I then joined the Boston Herald as a member their inaugural “Herald Radio” station online. I also landed my own online web series called “Talk of the Town” where I interviewed Boston athletes of the past and present that also included a column to match in the newspaper.

My sports career came to an end in 2014 when I auditioned for ABC’s hit cooking series, The Taste. I knew I was a good cook, but I also knew I wasn’t prepared to cook against professional chefs. However, being the risk-taker than I am, I decided to audition. After about seven rounds, I was chosen to be a part of Episode 1, where 24 chefs cook for the judges, with only 16 staying and eight being eliminated.

I was chosen by two judges, Ludo Lefebvre and Nigella Lawson, and chose to be on Team Ludo. I ended up losing in the finale, where I competed with four professional chefs. I was the last home cook standing in the top 10. After The Taste, I decided to attend Culinary School at the Cambridge School of Culinary Arts. I ended up leaving school early to take advantage of the opportunity to work for Mario Batali at his new Boston eatery, Babbo Enoteca. While working at Babbo, I started to do some private dinners on the side. This led to the opening of Dare To Taste, my own private chef/catering company that has tripled its sales since it opened.

I recently was a contestant on The Food Network’s Beat Bobby Flay, was featured in The Improper Bostonian’s Chef Issue, was the winner of Davio’s annual spring roll contest, was named one of Boston’s top private chefs by “Expertise,” and opening my second business this summer in The North End of Boston, a private dining and event space where people can privately dine with up to 50 of their closest friends.

I never stop growing personally and professionally, and I’ve worked extremely hard to make every single one of my dreams and goals a success.

Overall, has it been relatively smooth? If not, what were some of the struggles along the way?
I think my biggest struggle has been believing in myself. If things aren’t going right, I find a way to make it work. When The Taste was airing, I wasn’t making enough money to pay my rent, so I actually picked up waitressing jobs where people would actually say to me, “Wait, aren’t you on TV right now?” It wasn’t easy, but I knew I had to do whatever it took to make ends meet.

I used my first few paychecks to purchase platters and cooking equipment, whatever it took to make my business a success. I learned that you have to spend money to make money, and I now literally have a mini Crate and Barrel in my storage room.

I’ve made a lot of mistakes along the way, but I’ve never made the same mistake twice. Sometimes mistakes can be the best learning experiences. And I know I’m not done making mistakes, but I’m looking forward to fixing them.

Alright – so let’s talk business. Tell us about Dare To Taste – what should we know?
We cook on-site for events such as bridal showers, weddings, baby showers, corporate events, anniversary parties, as well as private dinners. We specialize in creative mini bites such as mini chicken and waffles, mini tacos, bite-size burgers, for example. We also specialize in custom menus. Since my assistant and I are both chefs, we don’t have to follow our own menus. We can do anything the client wants.

I think the fact that we can cook anything off the menu is what sets us apart from others. Also, our decor and our personal touch on presentation is something people have complimented us on. I have lengthy conversations with brides, mothers and families who are planning events in their homes or a rented venue, and my job is not only to make them delicious food, but to make it look good as well. On top of that, I want to set their minds at ease and make sure they have no stress before or during their event. They hired us for a reason, so they don’t have to lift a finger. I want every person and family to cook for to feel like it’s their special day.

If I’m not hugging you when I’m walking out the door, I’ve done something wrong.

Any shoutouts? Who else deserves credit in this story – who has played a meaningful role?
Well, I think Ludo Lefebvre from The Taste has been extremely supportive. He always made me feel like I can do anything I set my mind to. When I was eliminated in the finale, I’ll never forget when he said to me, “Look around, Jenny. Everyone left is a professional chef. You are a sports reporter. I’m so proud of you!” That resonated with me.

My mother is Italian so she is definitely a little guarded when it comes to me and my crazy adventures, but she has been a tremendous help. She actually comes to some jobs with me and actually ends up making friends with somebody at the party because she talks to everyone!

And my clients, a term I really don’t like using, have recommended my services and have used me repeatedly. I love getting a call from somebody who says, “You did my nieces wedding, I’d love for you to cook at my daughter’s!” And I’m actually doing a baby shower for somebody who’s wedding I catered last year. How cool is that?

Almost everyone I’ve cooked for I could call tomorrow and have a lovely conversation with. We’ve never had a bad review and we’ve made so many great friends along the way. The second my new space opens, I’ll have a customer appreciation event for everyone who’s made me and my staff a part of their special day. 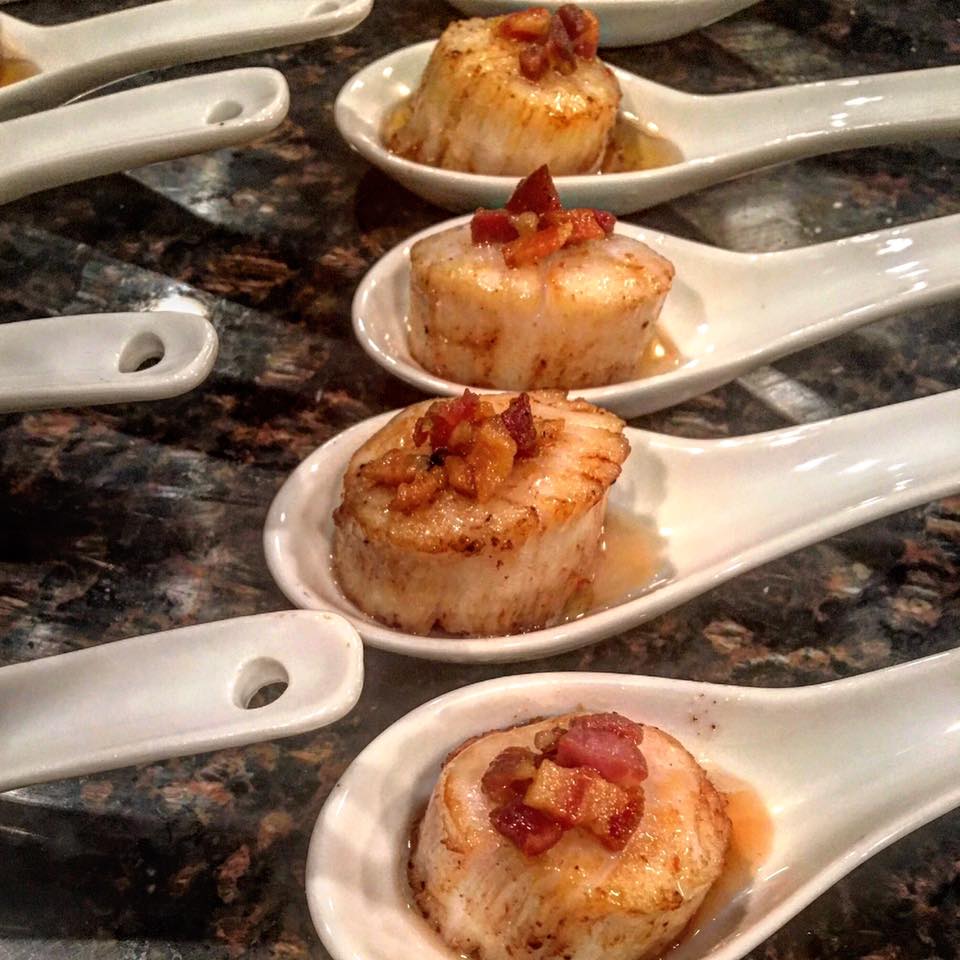 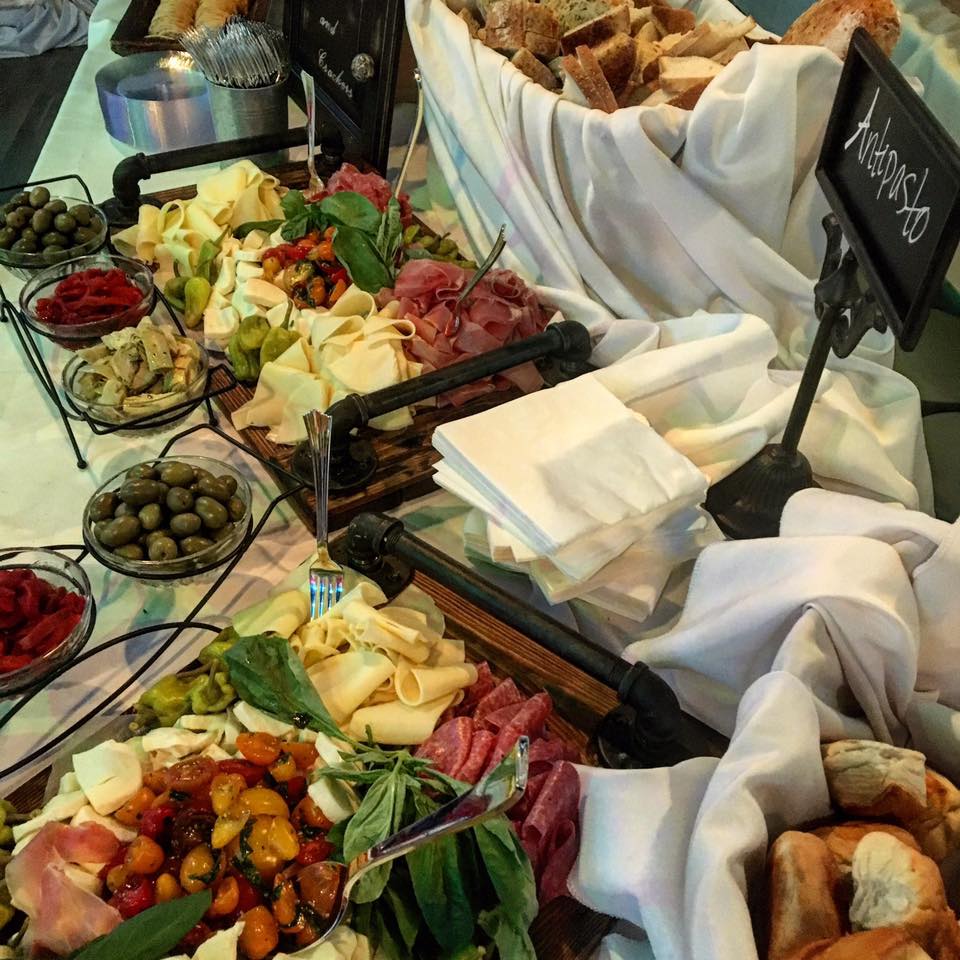 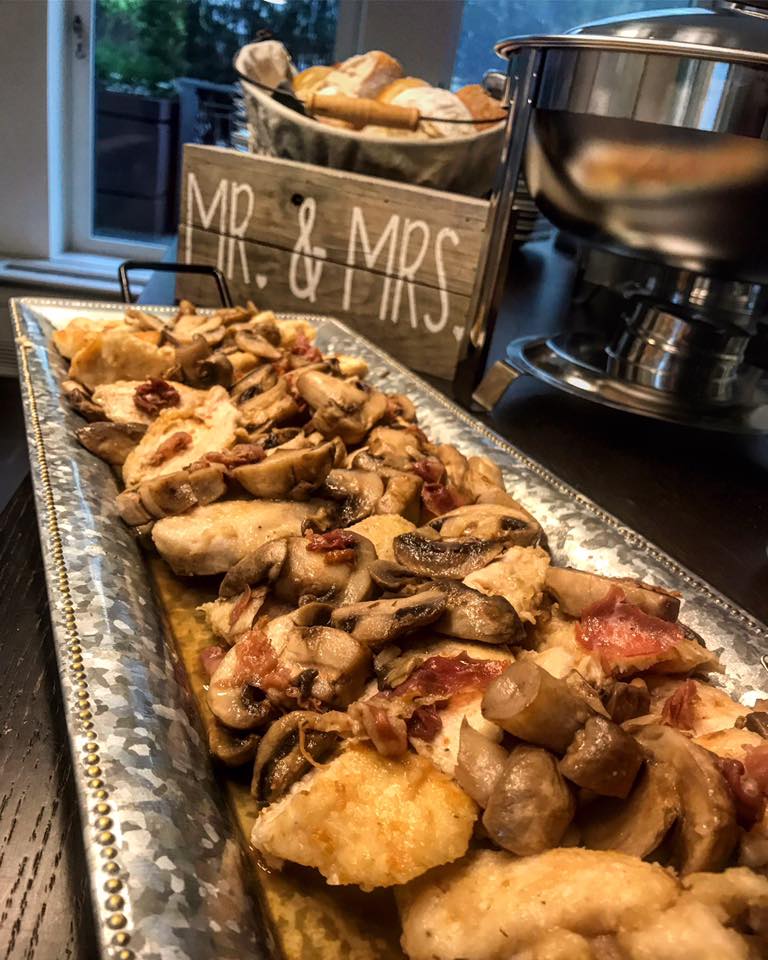 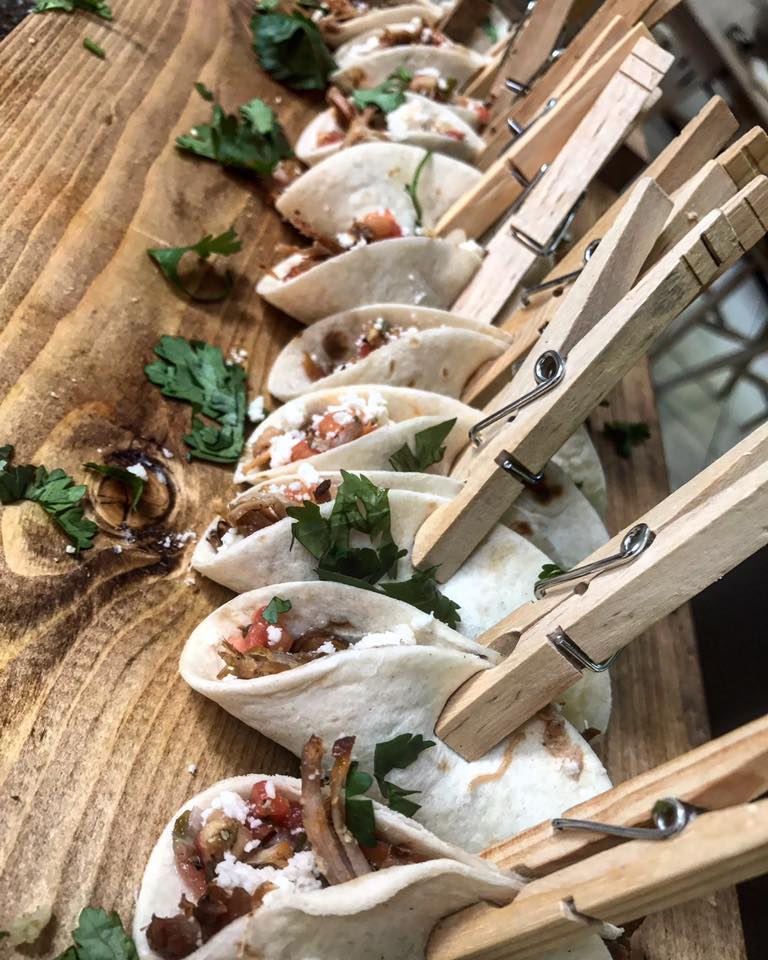 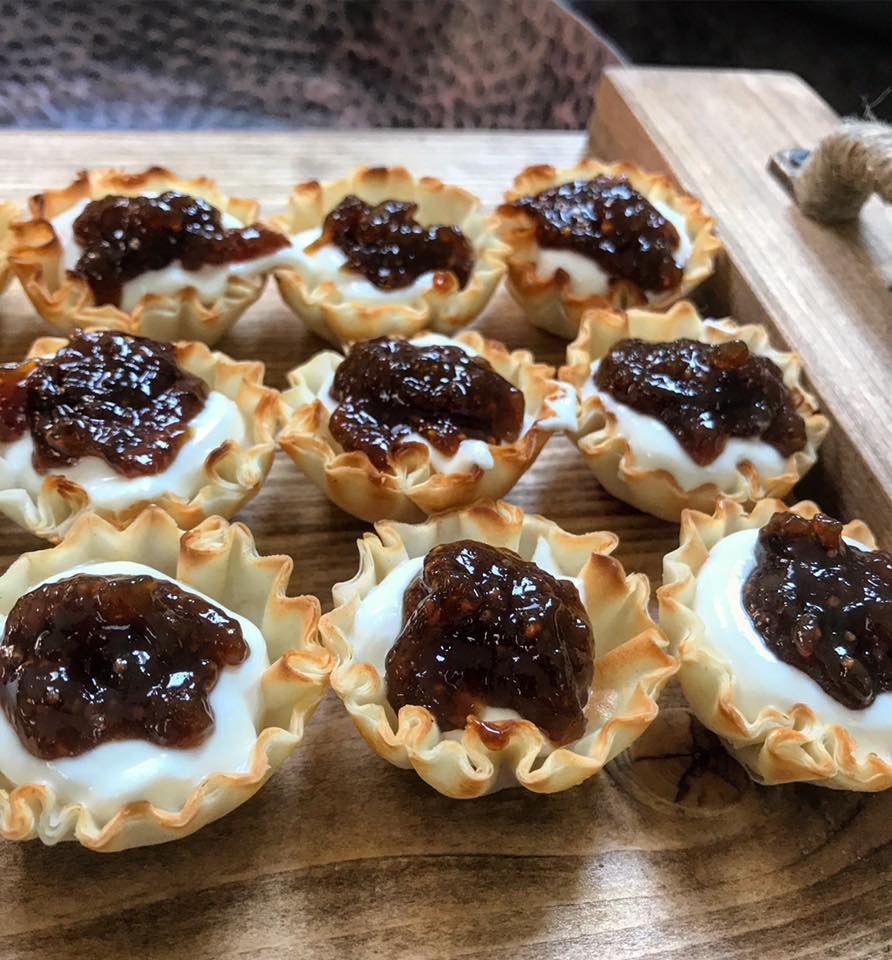 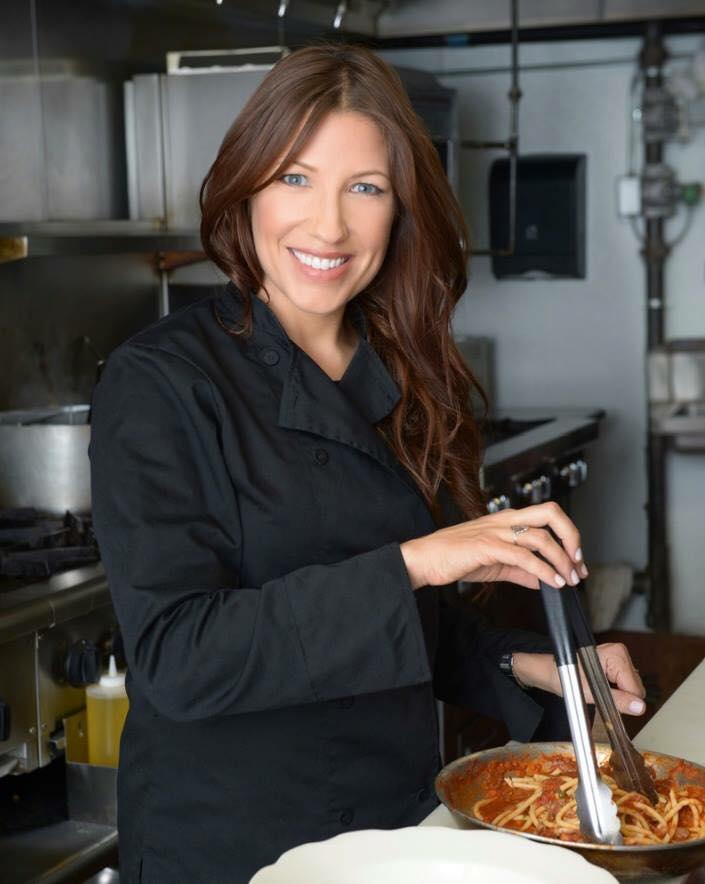 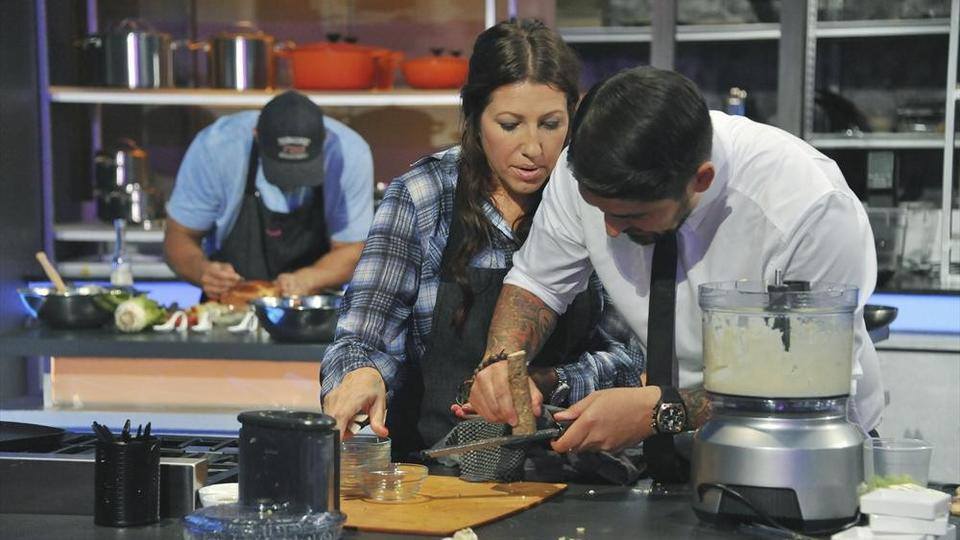 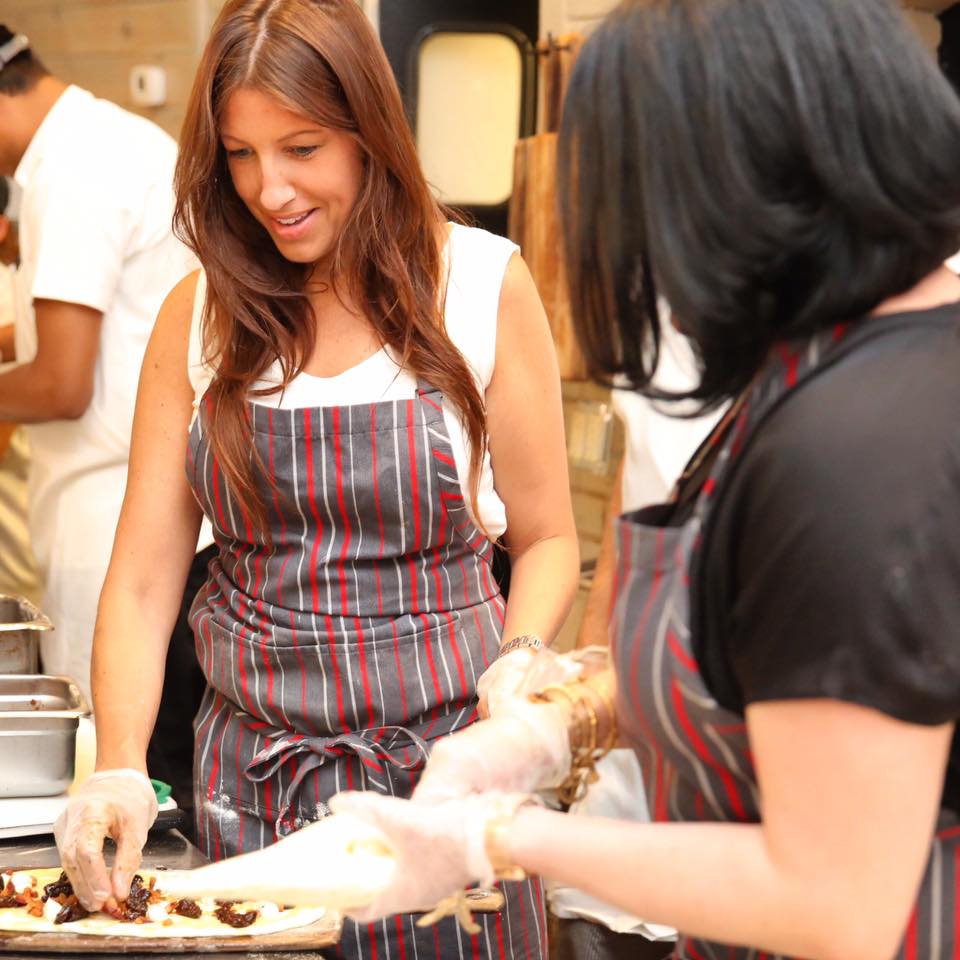 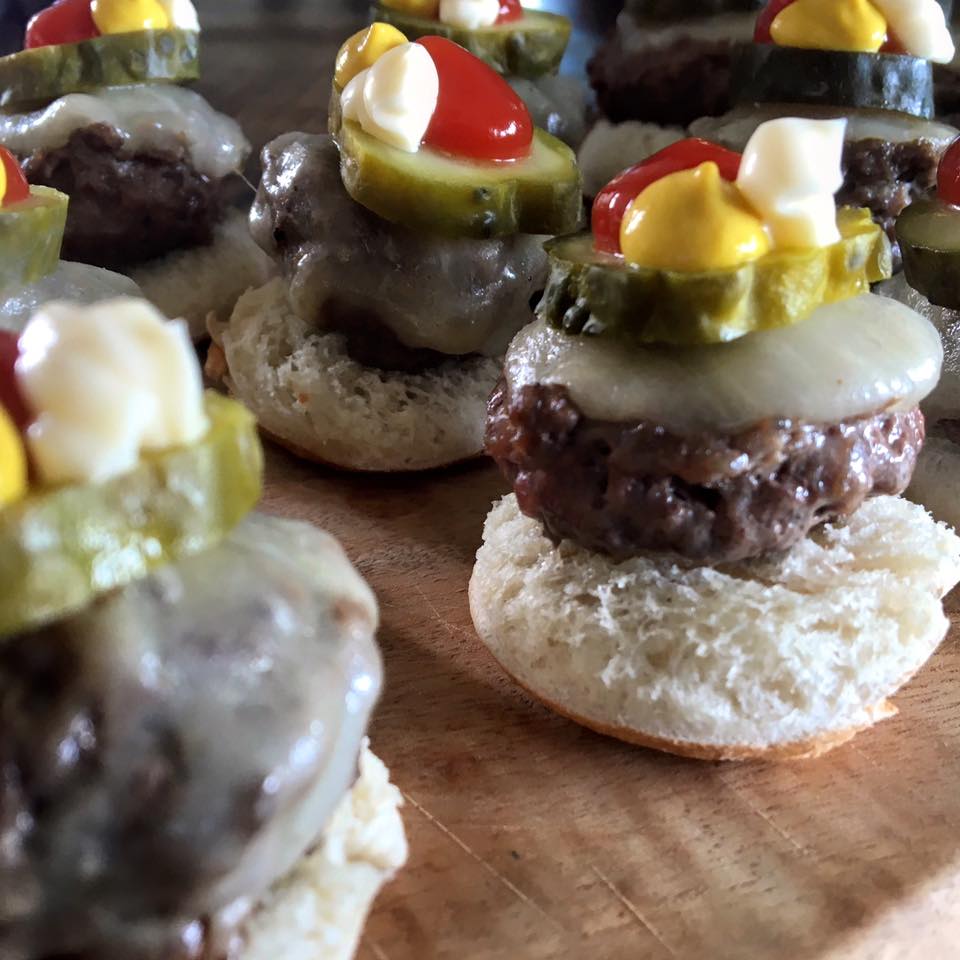 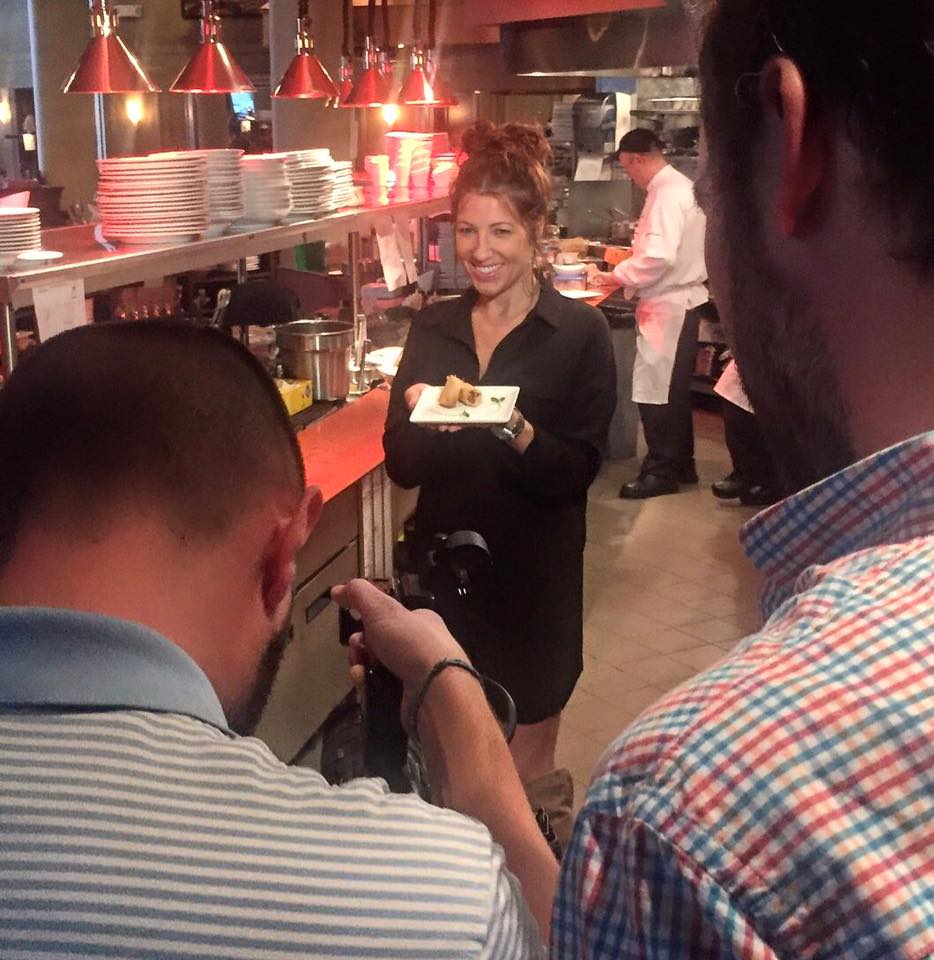