Today we’d like to introduce you to Jane Sherrill.

Jane, can you briefly walk us through your story – how you started and how you got to where you are today.
I grew up in a household where art was important. My parents took my sister and me to art museums, my mother took art classes and her paintings were around the house. My sister majored in art at college. I drew periodically but turned to writing for my artistic outlet. After college and a brief marriage I moved to Manhattan as a poet and that is where my visual art began.

My poetry was inspired by mysticism and meditation. I would often look at blank paper and see abstract imagery appear. I began to trace that imagery and make automatic drawings. People were interested in those drawings so I began to take them seriously myself.

I moved from NY to Cape Cod where I focused more on drawing using graphite and erasers on paper. I also drew vegetables and flowers from life using a process I called “drawing in the darks”—I didn’t draw the object itself but shaded in the darkness as I saw it. I began to show this work in local galleries. After a few years I moved to the Boston area and began working with color—first pastels and finally paint.

I consider myself self-taught as an artist which means I’ve had no formal art training—I’ve made my own choices as to what to learn and how to go about learning it. I have a propensity to go against my first inclination. If I look at a painting and find a way to credibly solve it, I will often go in the opposite direction in order to surprise myself and discover something new.

About 7 years ago I began painting seascapes and that’s what I’ve become known for—waves and skies along various beaches of the Northeast Atlantic coast. While working on a series inspired by the ocean off Point Pleasant NJ, Hurricane Sandy hit and wiped out the beach. This inspired in me an urgent need to document the world around me in the face of climate change.

Recently I’ve become enamored by the bark of trees around my studio in Somerville, MA. Many of our New England trees are covered in lichen and moss which glow with extreme color when wet and that has become my latest subject. I’m also interested in the fissures in bark, vines and fungus that trees feed.

In the last few months I’ve begun creating a forest of trees that rise to about 8 feet. To grow this forest I work with a mixture of media including acrylics on wood panel and yupo (a plastic paper), sometimes adding real branches. I’ve been thinking of the tree as a form of Noah’s Ark because it carries and sustains so many life forms, including our own.

We’re always bombarded by how great it is to pursue your passion, etc – but we’ve spoken with enough people to know that it’s not always easy. Overall, would you say things have been easy for you?
Being an artist is a tough row to hoe unless you have strong financial support. That’s been the biggest struggle in my case—not enough money to live on. I have degrees in teaching and social work but early on I realized I couldn’t focus on my “day job” because my heart was making art. I turned to temping and part time jobs which gave me more time but meant I was barely scraping by financially. Lacking the connections an art degree brings, it took a while for my work to be noticed and begin to sell. An art career comes with huge expenses—a separate studio, paint and supplies, photography and framing… plus the everyday expenses of living. Frankly I don’t know how I’ve continued. It’s been very stressful but I love what I do. I work way too hard at keeping it all afloat but I wouldn’t give it up for anything. The feelings of joy and satisfaction make it all worthwhile!

So let’s switch gears a bit and go into the Jane Sherrill Artist story. Tell us more about the business.
My business is simply making, showing and selling my artwork… though there is nothing simple about it. There is so much work involved in an art career. It often feels most of my time is taken up with putting my work out rather than doing the work itself. I spend an inordinate amount of time building a mailing list, sending out newsletters, communicating with curators, galleries, collectors; posting on social media including Facebook, Instagram and updating my website. I attend as many shows as I can to see what is being done by other artists but also to get to know my colleagues and learn from them, plus introduce myself to galleries and curators. I have interviews with online magazines such as this one, in newspapers and on radio shows. I’ve been showing my work in galleries, museums plus non-traditional spaces. It’s a lot of work and often feels there is little time to get into the studio and do the actual artwork.

I’ve also joined art associations—most recently I’ve become a member of Cambridge Art Association and that has given me a regular place to show my work and a wonderful community of artists to get to know and learn from. There are so many opportunities there I feel I’ve just scratched the surface as to what this group has to offer.

One of the most helpful actions I’ve taken for my career is to have portfolio reviews with important people in the field. They are a wealth of knowledge and information on how to proceed plus the reviewers become aware of my work and get to know who I am. I’ve been lucky to have some very positive reviews which have given me the confidence to be more courageous in the making of my art as well as taking business actions. These meetings have also helped me to see my work more critically. Even when the reviews have not been as positive as I’d have liked I learn a great deal from them. In my experience, taking part in such reviews has led to shows and making much stronger and courageous artwork. Anytime I get a chance to have art professionals see my work, I take that opportunity.

I am most proud of the paintings I am doing now! I feel free of constraints and am breaking rules I always expected were de rigueur. Because I am self-taught, deep down I believed I didn’t really know what I was doing… well that has all changed. Yes, it has taken a lot of time and hard work to get here but I am doing just what I want. I am so proud of where I am now!

Has luck played a meaningful role in your life and business?
I believe luck has played a large role in my life and career—luck and persistence. I’ve been called “driven”—I would say “determined.” I know what I want and pursue it often relentlessly. It seems every time I become disheartened some wonderful opportunity falls into my lap. It amazes me how that happens. 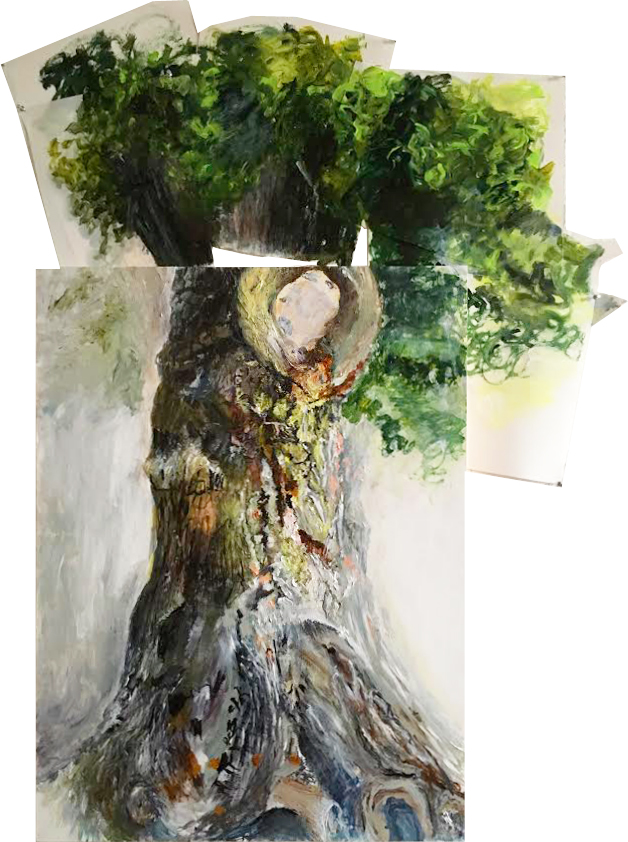 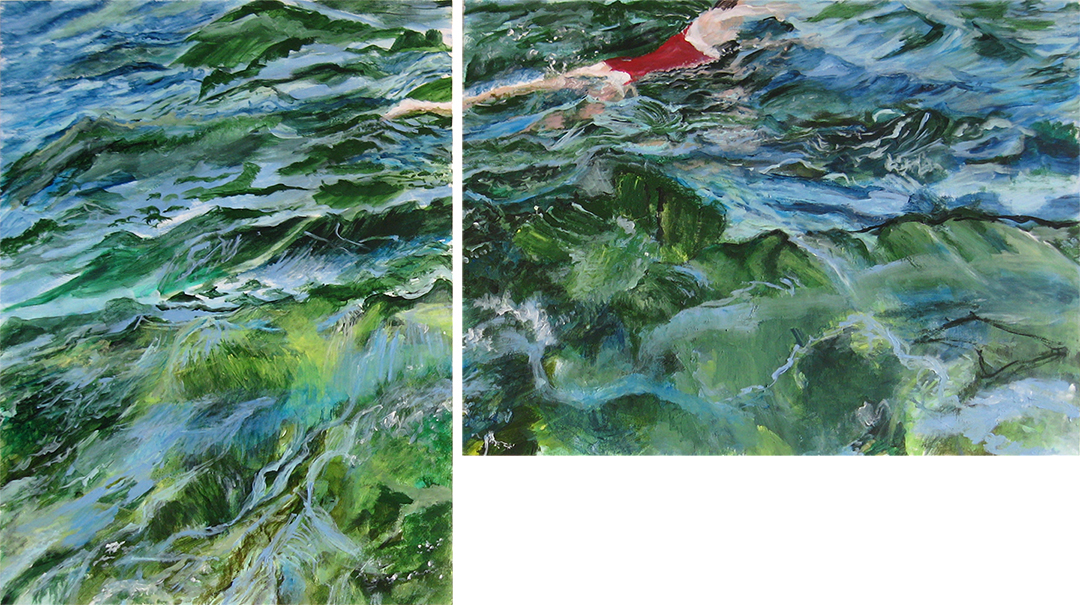 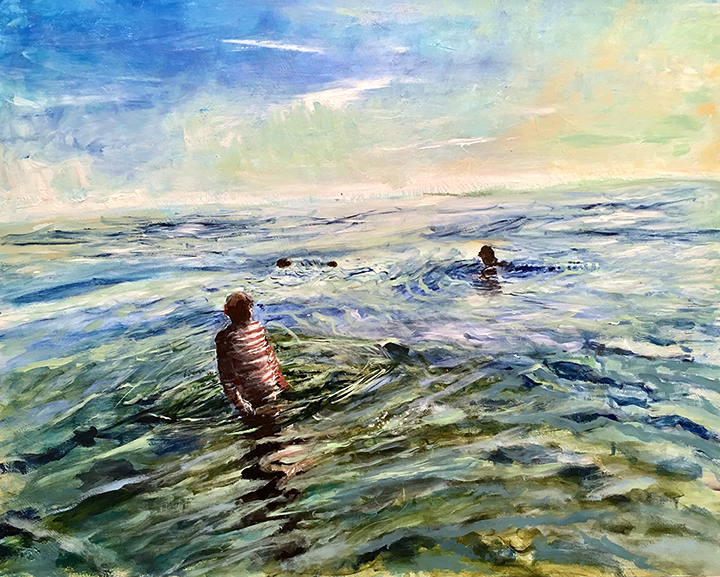 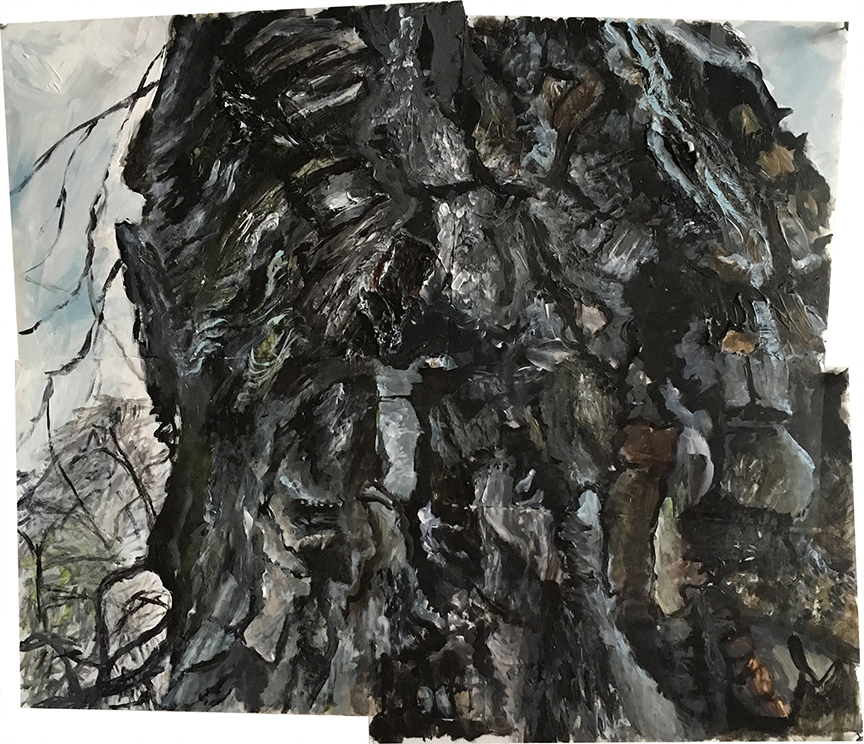 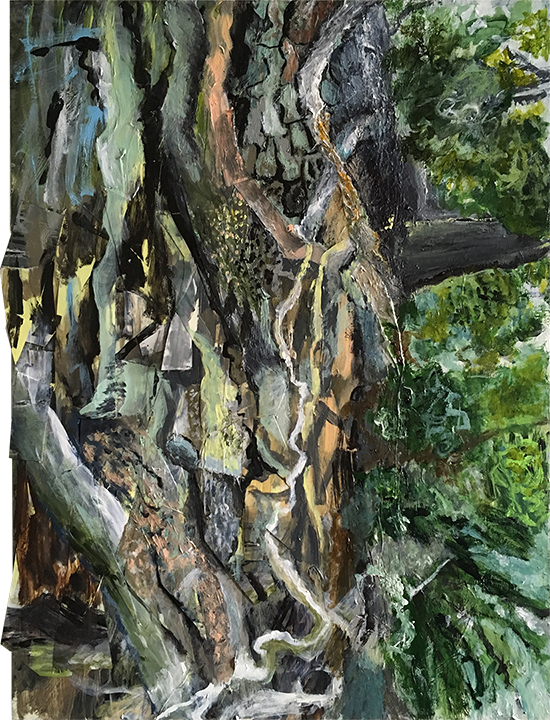 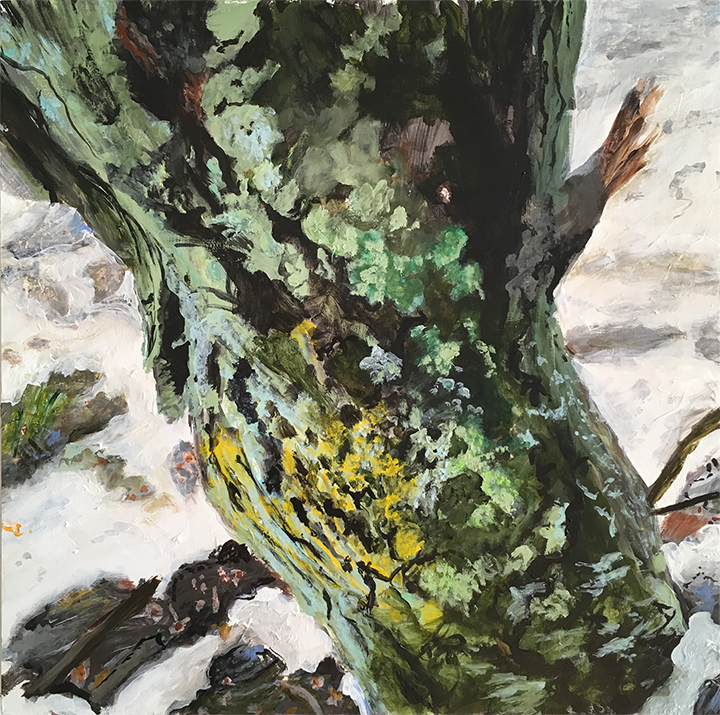