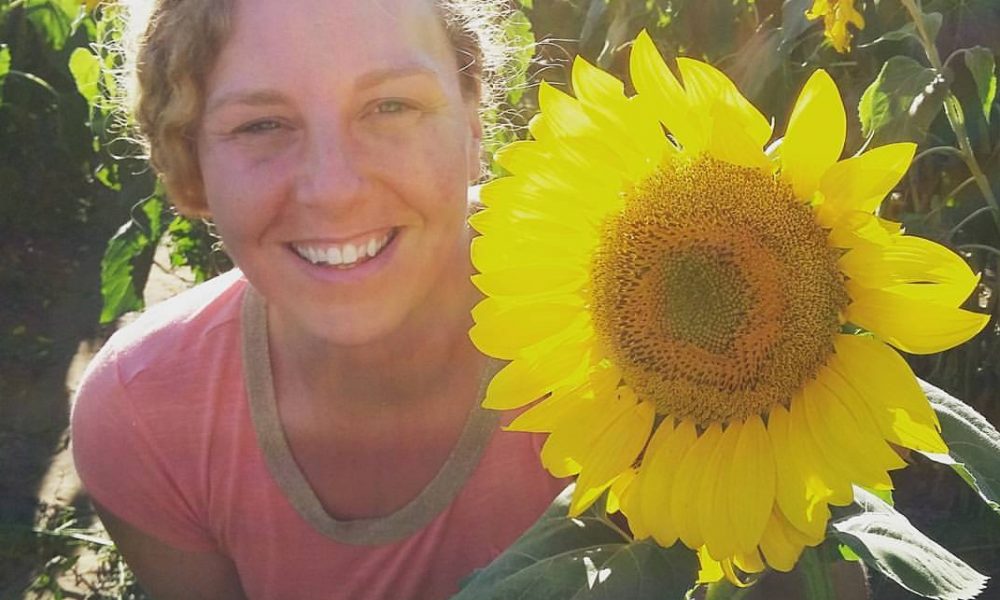 Today we’d like to introduce you to Grace Harrington Murdoch.

Thanks for sharing your story with us Grace. So, let’s start at the beginning and we can move on from there.
Ever since I was quite young, I was a very sensitive child. At times I had prophetic dreams that would come true, many years down the road. As a sensitive child, I also suffered from severe asthma and allergies and was painfully shy. But, I was also always extremely determined and practical. My mother would often say to me: “Where did you get all your common sense from? It sure as heck wasn’t from me!”

I didn’t understand that not everyone had common sense, or what I learned later was a strong intuition.

As I grew up, I remained sensitive and was often the kid everyone would turn to for advice. I liked that role. I liked taking care of others and being compassionate towards them. School really brought me out of my shell, and by the time I became a senior in high school I was known as the girl with the best laugh & became the prom queen (because I petitioned all my friends to vote for me!) I also graduated second in my class. I was not shy anymore, and my asthma was under control from years of physical conditioning playing basketball, soccer, and rollerblading a lot. But, I still needed an inhaler, and I still didn’t have as much self-confidence as I would have liked.

When I was about 7 years old I began to dream of writing a book that would help “heal the world.” So, as I entered college, with this dream neatly tucked in my pocket, I decided to major in English Literature. Later, because of my deep concern for society, I also decided to major in Sociology.

Upon graduating, this concern for others brought me into the field of Mental Health where I managed some of the toughest group homes on the North Shore of MA. While working at these homes, I began to see how loving these clients was the single most powerful agent of change in their lives.

During that time, I received an email that a woman I had nannied for in college had been diagnosed with brain cancer, and her two young girls and husband needed childcare help. I decided to quit one of my part-time mental health jobs and go work for them. It was during this time that I was introduced to energy work. My friend Kate was receiving Jin Shin Jyutsu treatments alongside her Western treatments for cancer and was receiving much solace as well as benefit from these alternative treatments. She bought me my first energy work session one Christmas, and after that, I was totally convinced I was doing the wrong work to help people.

I quickly began my path of study in energy work, and at age 25 I was certified to practice Jin Shin Jyutsu. But, I wasn’t satisfied with just that I had so much more to learn, I felt. So I began to dabble in Astrology, Sound Healing, and more. Eventually, after burning out pretty hard from the Mental Health field, I took a year off to do more personal healing. I went back to school to study Polarity Therapy, which became my main modality of practice before learning Reiki. Now, I integrate the two quite readily. During my time learning Polarity therapy, my asthma almost instantaneously healed. I healed my frayed nervous system, and my confidence grew leaps and bounds as I was being given permission to practice my intuition.

Now, I run a Polarity therapy program where I train students, as well as regular Reiki classes, and teach some of my own materials in Astrology, Flower Essences, Energy Reading, Crystal Healing and more. My learning just hasn’t stopped.

But, recently, what I am the most proud of, is that I completed the book about healing, which as a child I really wanted to create. I just didn’t know, to write it I would have to go on my own healing journey. It is called “Child Awake,” and it is a series of spiritual lessons for adults and children that I wish I was taught as a child. Each chapter begins with a short story based on Native American animal symbolism that I also hope to turn into children’s books after this. I cannot wait until it is released within the next month.

Healing and writing are part of my soul’s calling and remain with me as I venture into each new chapter of my life.

Great, so let’s dig a little deeper into the story – has it been an easy path overall and if not, what were the challenges you’ve had to overcome?
It has not always been a smooth road getting to where I am today.

As I mentioned previously, I had to go through many health struggles to learn about the power of healing. I have even had three brushes with Lyme disease, which luckily I have caught early each time. I have a deep compassion for this disease, which is why I studied to help my clients with it naturally via flower essence therapy.

Also, there were some mentors in my life who didn’t want other Polarity therapy educators in the area. This was a huge blow to my self-esteem and for two years I gave up on chasing this dream of sharing some of the most effective healing work I had encountered in my life. But, finally, with the help of two new mentors, Diane Palmer formerly from Palmer Institute of Massage; as well as Dr. Mary Jo Ruggieri, I was able to complete my program in Ohio to become a Registered Polarity Educator. I will be graduating my first full class of students in February! It took some grit and nerve and a whole lot of love to get me to where I am now. These two women were monumental in helping me grow.

Also, writing this book took me over six years to complete! That process has been a very long journey based on so many lessons I had to learn in my young adult life. I want to say it was easy, but looking back, I had to overcome a lot just to write it.

But, to me, every struggle is an invitation to grow more deeply, and develop strength! I do not invite struggle into my life, however, because it will find you when it needs to anyhow.

Alright – so let’s talk business. Tell us about Flowers & Stars – what should we know?
Flowers & Stars is the newest iteration of my company. I provide 1:1 healing consultations using a multi-modal approach for healing. I also provide Flower Essence consultations, Astrology readings, & Spiritual Consultations.

I am most known for my ability to assist in moving out stuck energies in the body, so my clients can experience more of who they are deep down. I provide intuitive guidance as well frequently based on the state of my client’s energy systems.

I am also known for my detailed Astrology readings which help people get to know who they are and their spiritual path.

To me, healing often requires more than one modality, and so I pick and choose intuitively what to weave into each session so it is catered to each client individually at the time they come in.

On top of all of this, I teach all that I know to my students in many different energy-based classes.

Is there a characteristic or quality that you feel is essential to success?
I feel the one quality about me that has been the most important to my success has been that I believe that I can accomplish anything. I say to my clients and students that faith is ninety percent of the battle in achieving what you want. The rest is patience, networking, and following your intuition! You have got to believe in yourself first. 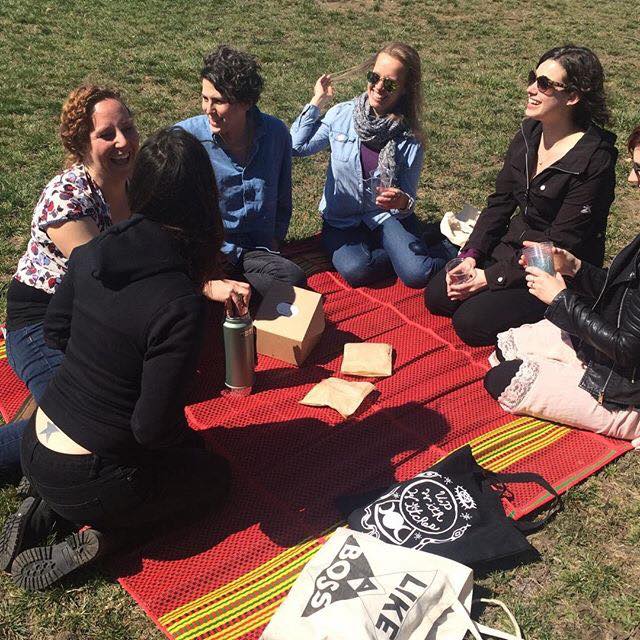 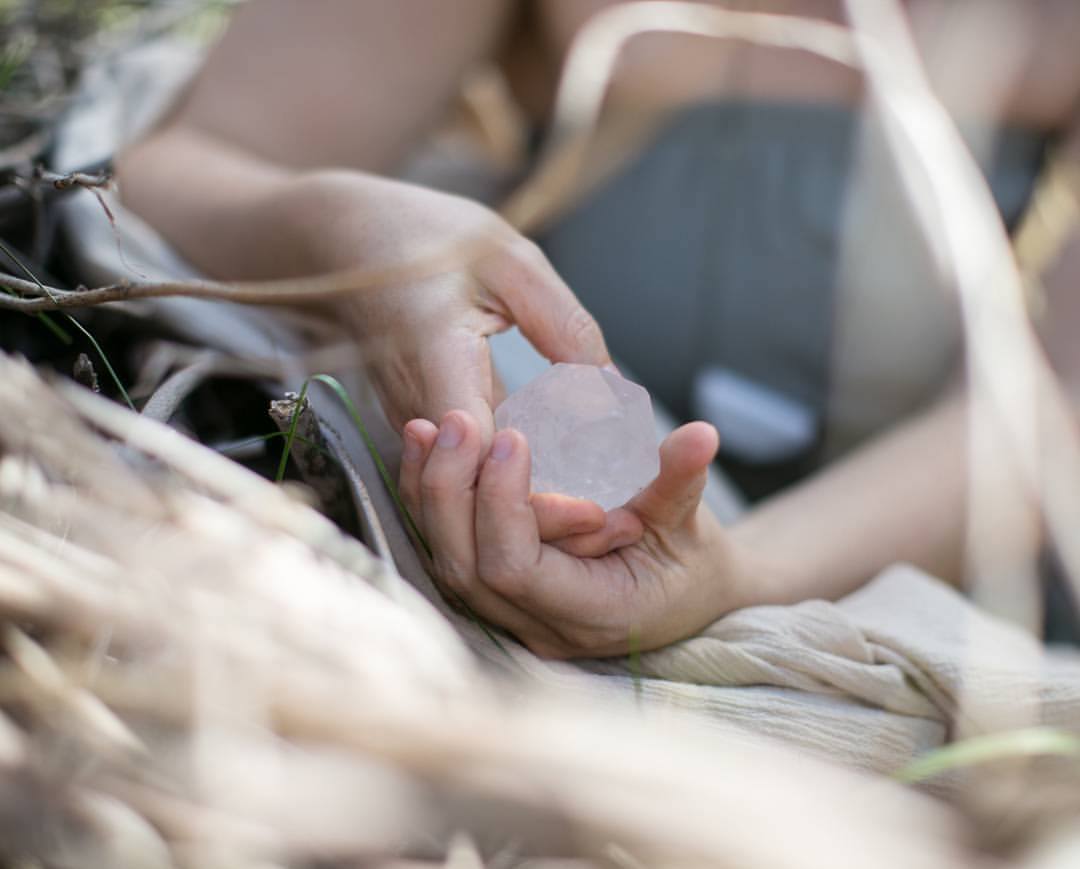 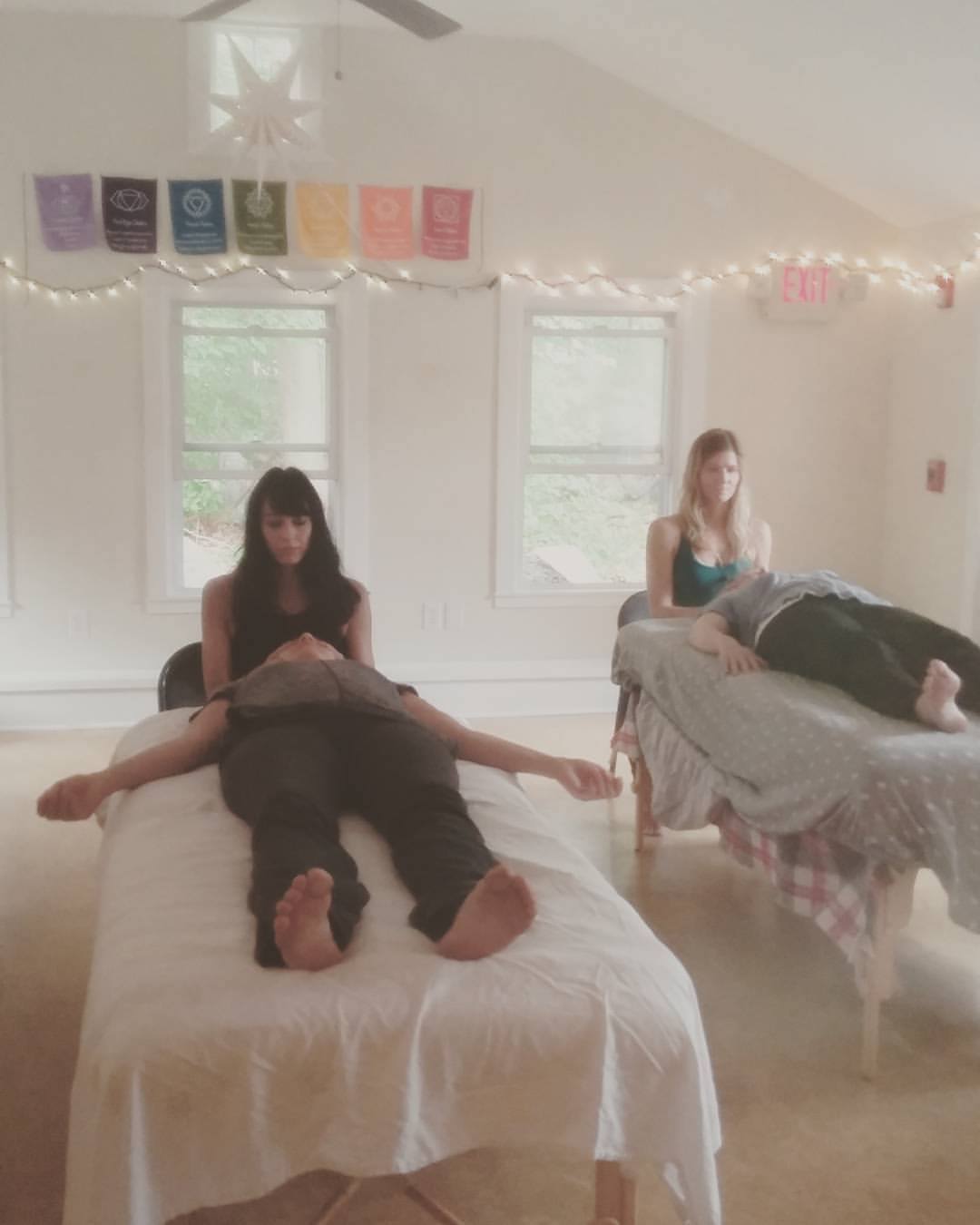 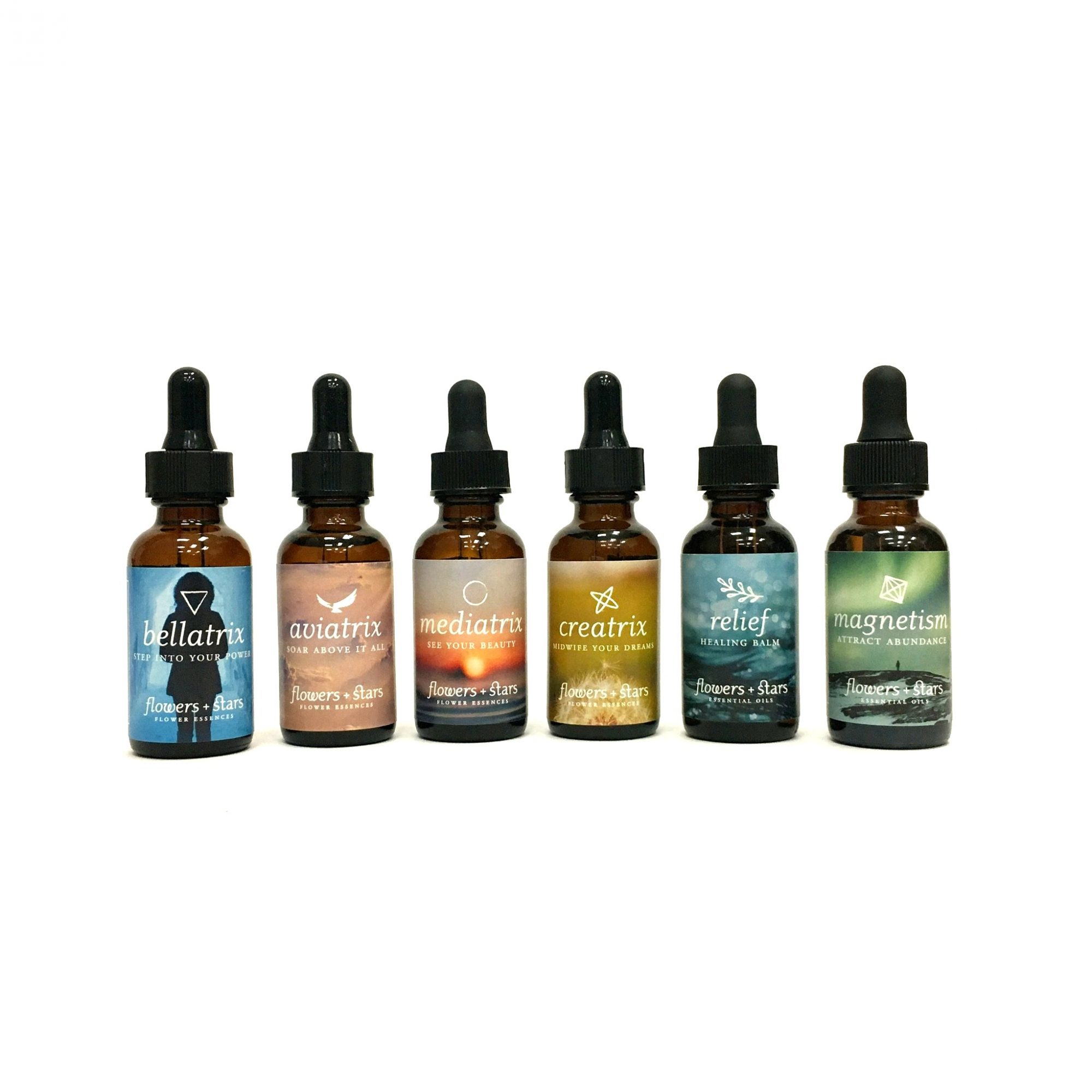 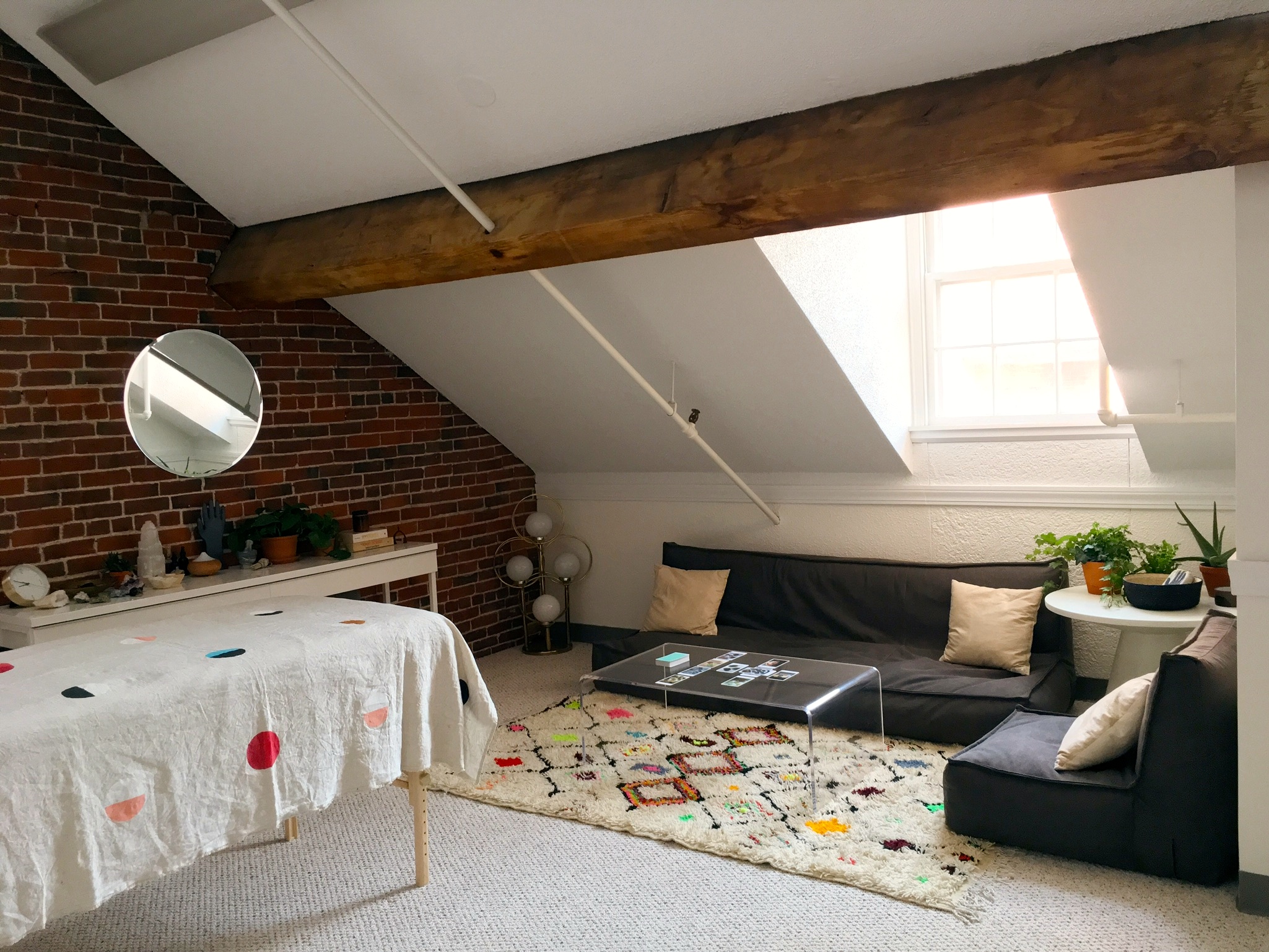 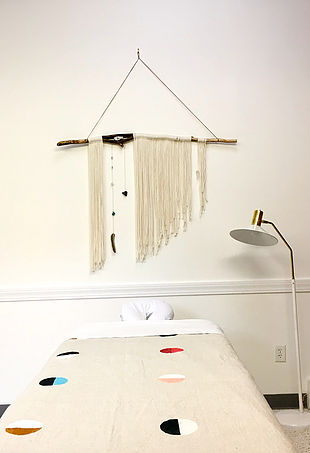