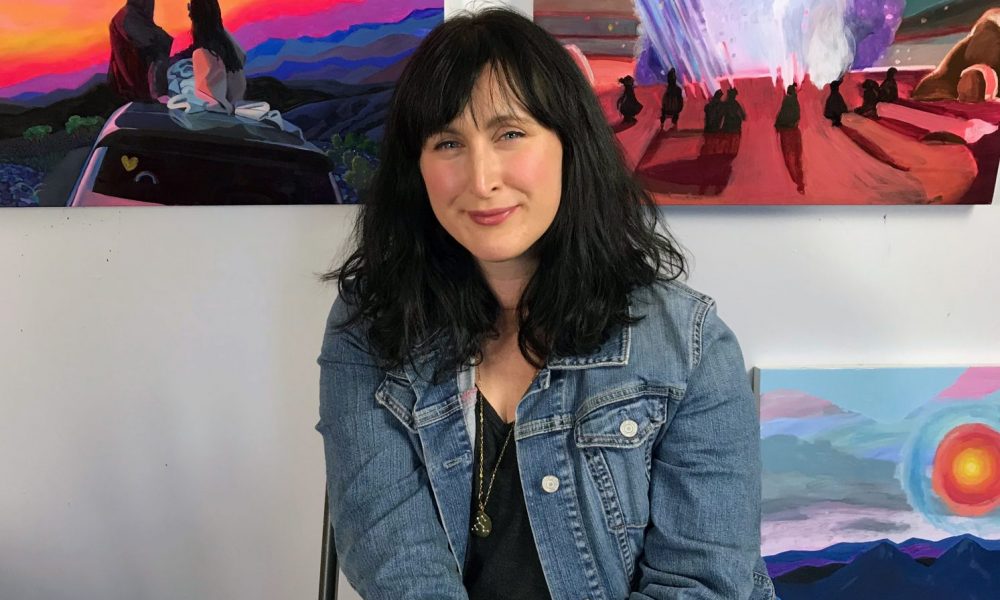 Today we’d like to introduce you to Erika Hess.

Thanks for sharing your story with us Erika. So, let’s start at the beginning and we can move on from there.
I began seriously painting during my time in college. I had great instructors and worked with really talented peers. In fact, I just had a Skype studio visit with the painter, Rebecca Sargent, who I met in undergrad. After I graduated, I had a studio and it was such a great time of growth. I worked a crappy job and painted for a year to get ready to apply to grad school. All the work paid off and I ended up attending Boston University for my MFA where I worked with John Walker. During grad school, my work began to change and the figure was phased out. I started working on paintings that dealt with the horizon line or lack thereof.

I graduated in 2009 and moved to NYC where I worked as an artist assistant to some really incredible artists. I learned a lot from them including getting a more in-depth understanding of working in NYC as a female artist from the 70s until now. It was an amazing education. While I was living there, I was also traveling back and forth to Boston. During that time I received a grant from Feast Mass Boston to make a zine about container gardening. With the grant I was able to go to Asheville, NC to learn about organic farming, make the zine and distribute it in Boston, Brooklyn, and Columbus, OH.

While I was traveling, I was offered a job in Ann Arbor, MI at U of M where I lived and worked for three years and then I returned to Boston. Regardless of where I lived, it was always amazing to connect with artists in the area. Community is a big part of being an artist. This is why a little over a year ago some friends and I started MUSA Collective, an artist collective in Allston. There are some really amazing people who are part of it!

We’re always bombarded by how great it is to pursue your passion, etc – but we’ve spoken with enough people to know that it’s not always easy. Overall, would you say things have been easy for you?
Yes and no. The biggest struggle was finding sustainable work that I could do while also having the time and energy to make paintings.

So let’s switch gears a bit and go into the Erika Hess Artist story. Tell us more about your work.
Yeah, I make oil paintings that deal with basic human narratives, such as birth and death, through a female identified lens. I’m really interested in color, mostly color that comes out of a consumer culture, so juicy colors that attract the eye; hot pinks, bright teals, colors that are considered feminine.

The manner in how I produce paintings shifts between working from direct observation and working from found reference material. I decide which mode best serves my idea and then begin to work on a series. Since 2015, each series I have made has been based on my experience having children and how this has compelled me to explore my own temporality. Currently, I’m working on the series, A Woman Having a Spiritual Awakening in Her Own Backyard. They depict women in outdoor spaces and dream spaces. Sometimes both.

Has luck played a meaningful role in your life and business?
I think luck is really just being intuned with your intuition. Being honest with yourself about what you really want, An example is traveling to Asheville to work on a farm. I did that because I was interested in organic farming but also because I wasn’t sure if I was where I wanted to be. I was barely making ends meet in NYC and stressed out but loved the fact that I was living there.

My ego was really invested in saying I was an artist in Brooklyn. Being honest with myself and saying, “You can visit NYC and you need some time and space to make paintings,” was so hard to do but what I needed. I did it and was “lucky” to find a job that allowed me to support myself and my art while traveling and working with artists. Literally a couple months after I took the job they had me in NYC for two months! 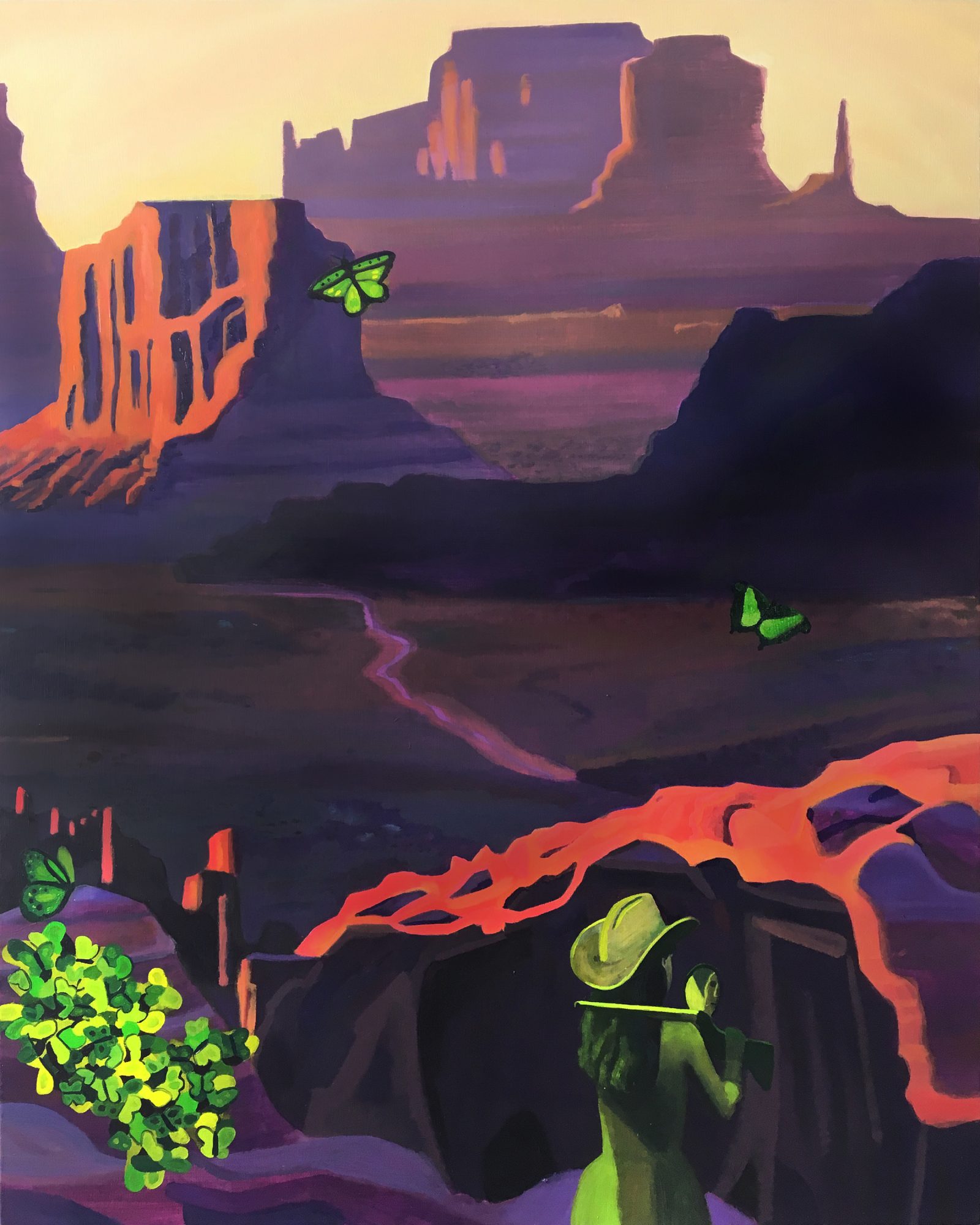 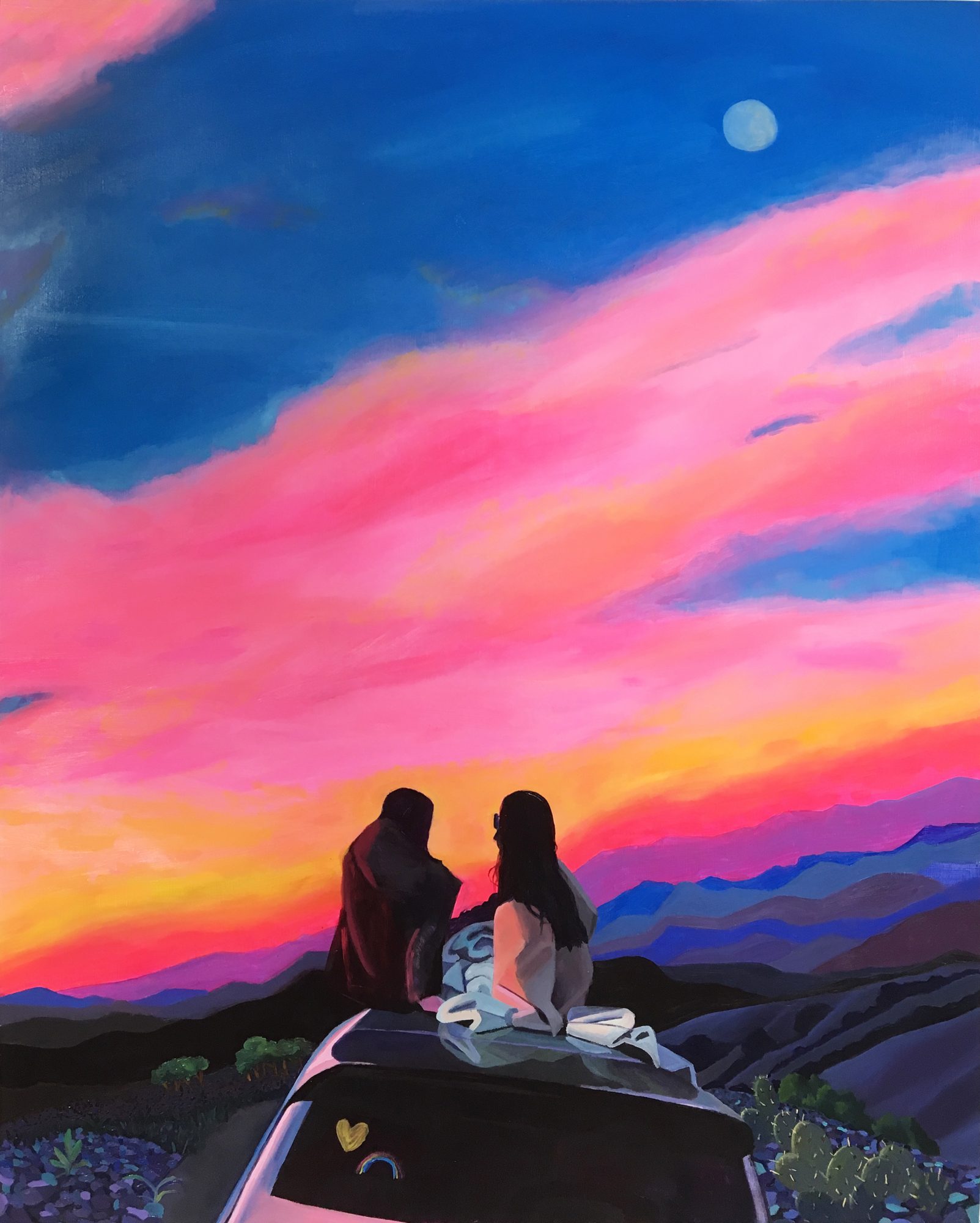 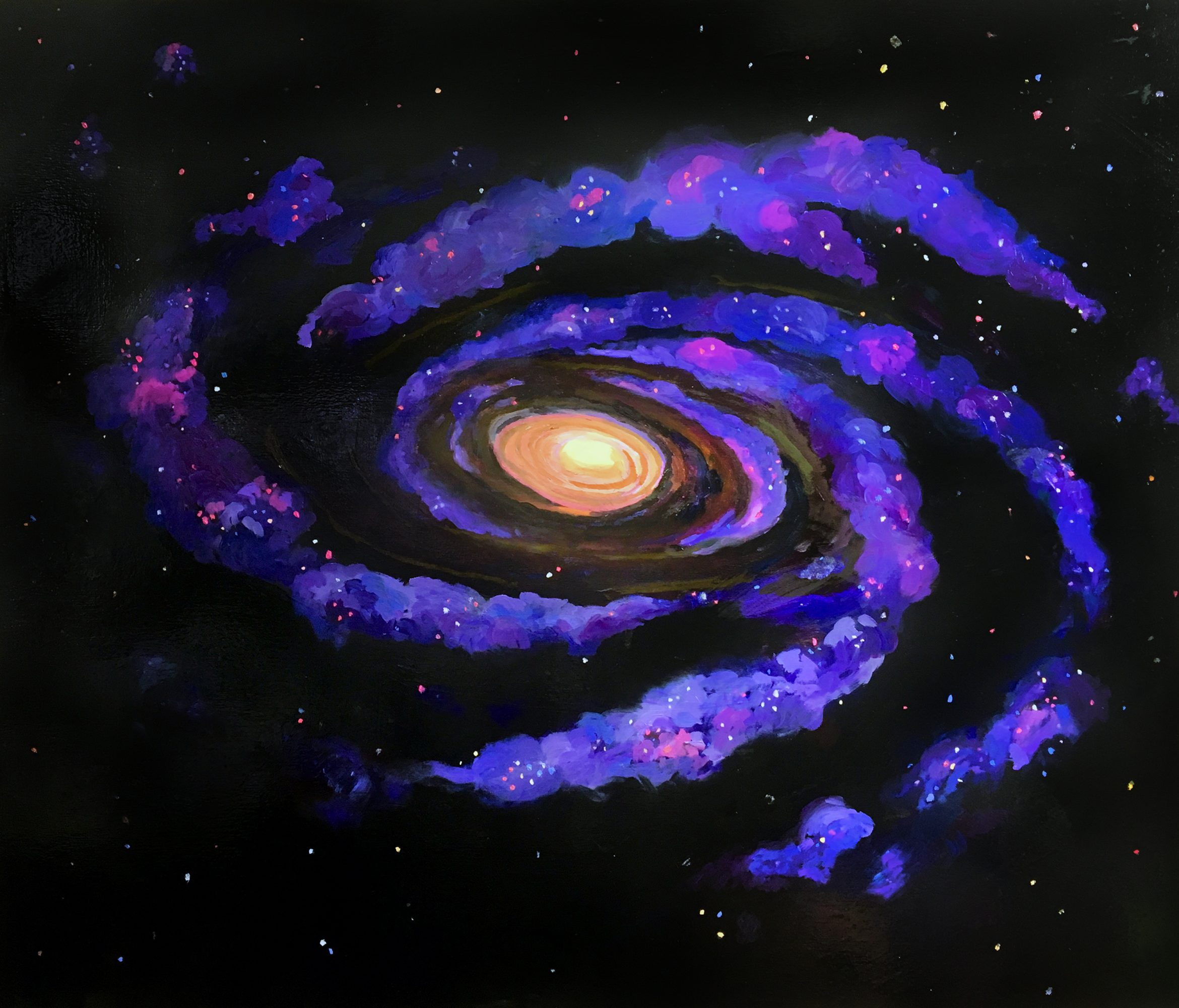 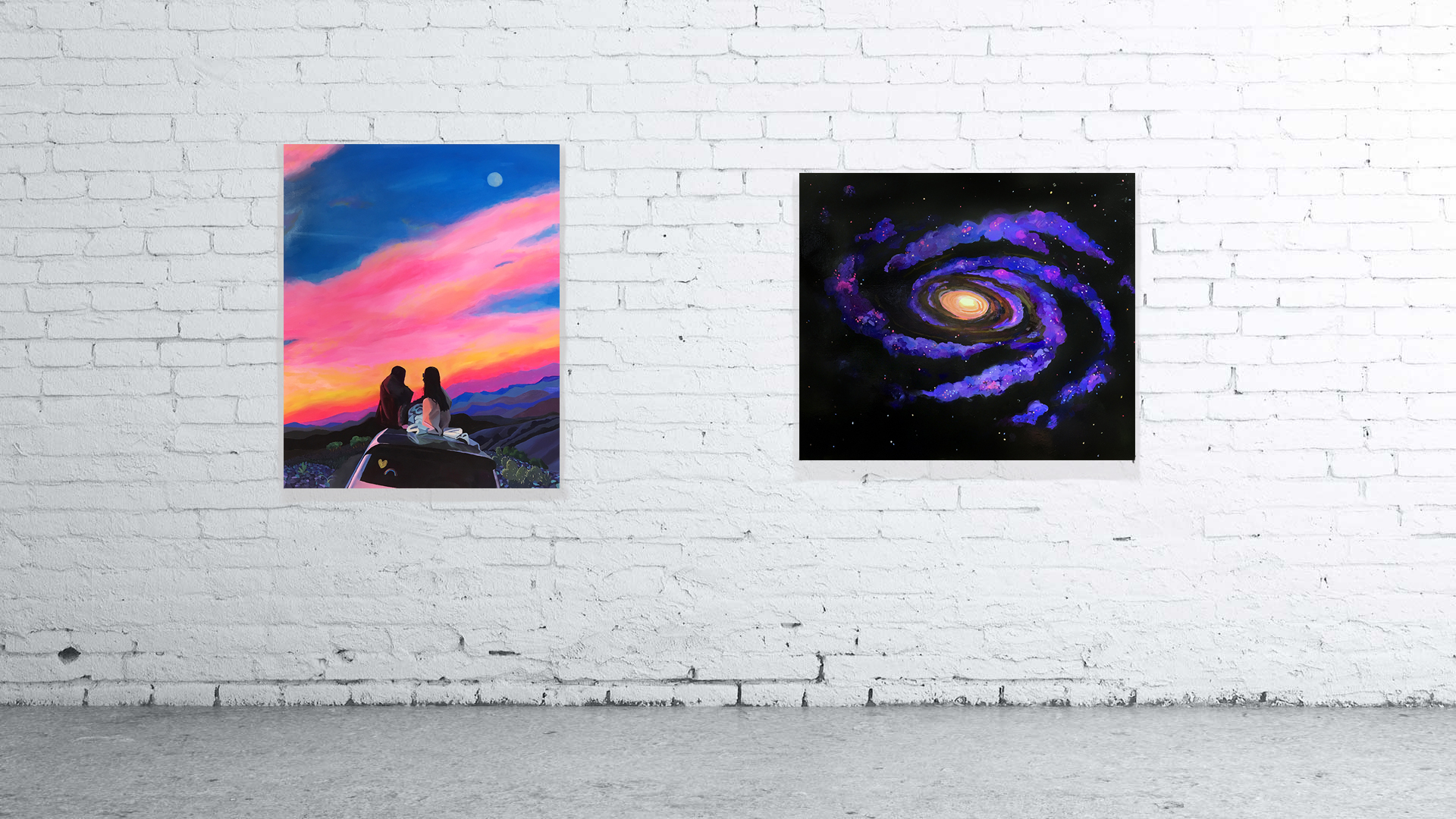 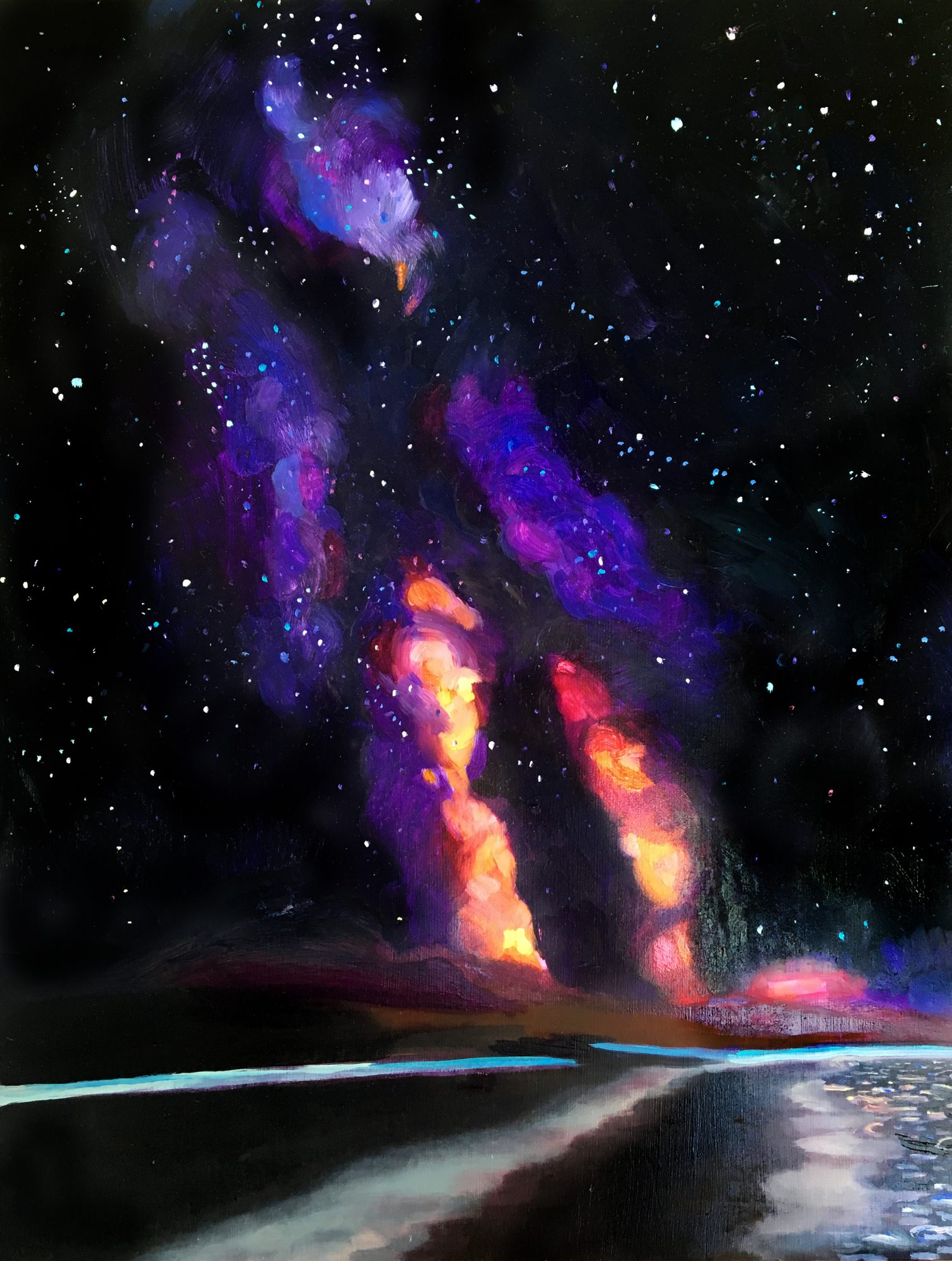