Meet Clay Fernald of League Podcast & Do617 in Brighton 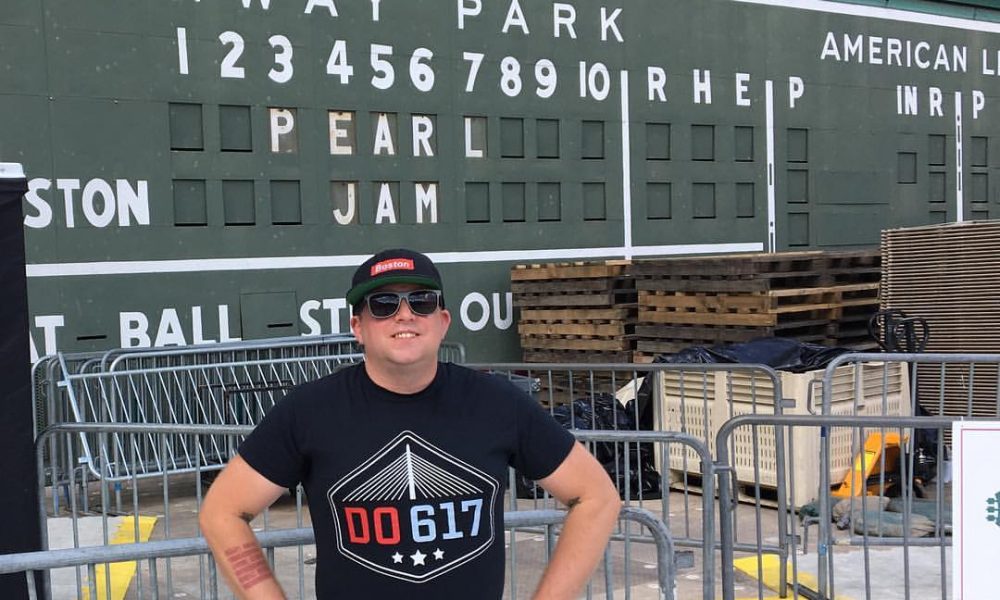 Today we’d like to introduce you to Clay Fernald.

Clay, can you briefly walk us through your story – how you started and how you got to where you are today.
I’ve been in and around the Boston music scene for many years, from all ages matinee shows at The Rat to attending concerts at Fenway Park for my day job at Do617.com. A few years ago, I became obsessed and an early adopter of social media technology, I have been on Twitter since the days of the flip phone. In 2005, The Boston Phoenix (RIP) put me on the cover for being the ‘Most Popular Man in Boston’ — according to the social networking site Myspace.

In 2015 I interviewed Marvel Comics founder Stan “The Man” Lee for a Dig Boston cover story. When comic book conventions roll into town, I am sometimes asked to moderate panels of top industry talent. After managing a Cambridge nightclub for many years, I stepped over full time into event promotion, marketing and social media for my new position as Content Manager at calendar website DO617.com, where we tell people about all the awesome things going on in the city. At night, I dedicate some time to my own business, which is entirely a collaboration between myself and three other awesome guys and two amazing ladies. We host a podcast that is about comic books, Curb Your Enthusiasm and general pop culture news.

LeaguePodcast.com serves as the pillar where I can also use my expertise in concert and event marketing to host events and concerts. We like to think we specialize in comedy, video game music and nerdcore rap, but we host all kinds of concerts and conventions from book signings to other live podcasts!

Great, so let’s dig a little deeper into the story – has it been an easy path overall and if not, what were the challenges you’ve had to overcome?
I would say it has not been a smooth road, it has been difficult, challenging, nerve wracking, impossible, stressful … and I wouldn’t change one minute of it if I could.

The highest of highs are sometimes unfairly paired up with the lowest of lows. Personally, I’ve had my own demons to wrestle with, alcoholism, depression and some serious personal losses all during a short amount of time. I was displaced by a house fire in 2014. I lost my mother unexpectedly in 2016. My partner lost someone last year. These things can chomp away at the soul with rest, reflection and self-care are the only temporary salves to the pain we experience in life.

I’ve been sober since 2009, and, not coincidentally, this is when I started seeking out more from my life, starting a business and being asked to help on some major productions with major touring bands.

I’m going back to basics this year, focusing on myself from the inside out, being a healthy person physically and mentally and most importantly, knowing my own limits. Life is constantly changing and to be the best version of yourself, your mind must be clear and awake. When you can be present for yourself, you can be present for others when they need you and that is the best gift of all.

Alright – so let’s talk business. Tell us about League Podcast & Do617 – what should we know?
I’m most proud that I have been able to partner with people that have given me the opportunity to not only make some extra money (and frankly, sometimes lose a bit) but also that people have given me a shot. I hardly ever promote a concert without at least one partner involved, and with teamwork and the one person that works for me, we can pull off some great stuff!

I’m most proud of being involved in the nerdy music scene, in fact I met my partner at an MC Frontalot show I was promoting. As a team, we’ve brought Star Trek’s Wil Wheaton to Boston on my birthday, he was a sweet and generous guy and that was amazing. Besides that, we have hosted some of my favorite bands, Chameleons VOX, Modern English, and Skinny Lister from England and so many more.

A couple of years ago, Matt from LeaguePodcast did a Kickstarter for his comic book and we got him 100% funded. That was also a proud moment. What sets us apart from others, and why people frequently want us to collaborate with them is that we treat the artists kindly and with respect, and our customers. If any person has a special request we make it happen, no matter what side of the stage barricade you are standing on.

Is there a characteristic or quality that you feel is essential to success?
Generosity, tenacity and being nice. I have been known in my worst times to get angry or frustrated. Now that I am a little older I tend to take a step back and realize that the things I say or do affect the people around me. Keeping a cool head under pressure takes a lot of practice, and I’m not great at it but I am learning.

For people that want to be social media influencers, concert promoters or whatever dream you have, you must keep plugging away. Expect and be prepared for some losses, and when you win you appreciate it even more. Be genuine, treat everyone you meet with respect and kindness. The stage hand, the door people and the security are your allies. Learn people’s names, they will remember yours and how you acted towards them the next time you are in their world. 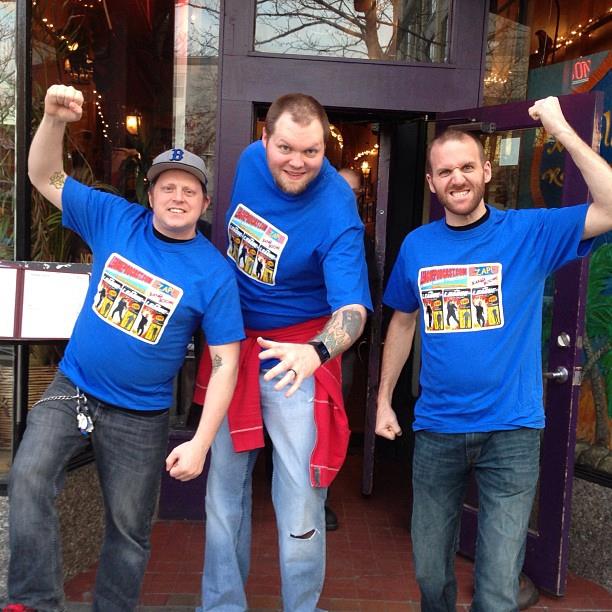