Today we’d like to introduce you to Chrissy Vaccaro.

Thanks for sharing your story with us Chrissy. So, let’s start at the beginning and we can move on from there.
I began practicing yoga (off and on, I might add) in college. I thought it was pretty awesome to get a savasana nap at the end before heading to my next class! Perhaps it was my desire to try a million different things at once, or my inability to concentrate fully on one modality. You know, the irrational fears of a 20-something year old creeping in and telling you that you are “missing out” by putting too much time and energy into one single practice. So, I didn’t practice as regularly as I could have. But the wild mind of one’s second decade begins to shift, as expected, with age and wisdom. As such, the need for a yoga practice and the connections made between the self and the universe began to scream louder and louder with each day, as life got crazier and crazier, and I entered my 30’s. After a horribly misdiagnosed lower back issue (i.e., a cranky SI joint mistaken for ruptured discs and all sorts of other surgically treatable issues that I really didn’t want to treat surgically if it wasn’t necessary), I signed up for yoga teacher’s training to deepen my own practice and my connection to my unsettled mind and body.

I had come off a string of bad relationships, horrible body pain, and generally was the most unhealthy I had been in my life: mind. body, and soul. I was making terrible decisions. I was broken. I don’t even think I realized how broken until recently, to be perfectly honest. I have a great career as a marine scientist, play in a band, love to surf and hang with my amazing friends, go on adventures with my dog, travel…but something was missing. Something BIG was missing. Parts of my younger self–the idealist, the dreamer, the witch child connected with nature, were still there, but I was so fragmented that I wanted, and needed, to find a way to integrate and reconnect all the pieces again.

As with most things, connection happened when it was ready to happen (and continues to!), and what sprang forth from the culmination of my intensified yoga practice, my teacher’s training, my continued love of all things rock and roll, and my desire to connect with the wild natural world, was Rebel Yell Yoga.

The shift happened, and has expanded and enriched my life beyond my wildest dreams, and the expansion keeps happening, renewing me and nourishing me! So. Much. Gratitude. When I started Rebel Yell Yoga in 2015, I was lucky enough to have the support of many friends and teachers, but specifically, one of my best friends, Lauren Recchia (who also happens to be my bandmate in several musical projects (Petty Morals, Sweet Bangs) AND my creative/business partner in our herbal health and wellness business, The Chaos Factor), was working at the Verb Hotel in Boston. The Verb was all things rock and roll, so she facilitated the creation of Poolside Rock and Roll Yoga. It was a hit! From there my teaching has expanded to include not only the Rock and Roll classes (At Notch Brewing and Deacon Giles Distillery in Salem and Once Somerville, these days), but classes that focus on connection with the moon phases, alignment principles, and seasonal earth celebrations that blend magic AND yoga. Essentially, I encourage you to be a wild moon child, turn your music up, and move your body to calm down your mind.

Great, so let’s dig a little deeper into the story – has it been an easy path overall and if not, what were the challenges you’ve had to overcome?
LOL. It definitely has NOT been a smooth road. There have been plenty of struggles. And I only laugh, because a wise ship captain once told me in a gale force storm at sea, “If you don’t laugh, you will cry.” I’ve kept that mantra with me for the past 20 years. And it’s funny, because I have since learned that it’s also OK to cry: to soften and to let whatever emotions are going to move through you do their thing. I have “smooth sails do not make skillful sailors” tattooed on my thigh, actually, and I live every ounce of that every day. For those rough seas are part of what make us who we are: the light and shadow are equally important.

But honestly, on the road to make Rebel Yell Yoga happen, many struggles came along, including but not limited to: the pain in my body, multiple broken hearts, toxic relationships with people, who, whether they meant to or not, ultimately allowed me to dim my own shine, and the general feeling of being broken and worthless. I was searching for other people to make me feel whole and healed and not concentrating on finding that within myself. Teaching, practicing, and ultimately making Rebel Yell Yoga an actual thing (like, with a website, and a blog, and a class list!) has been HUGE in my own self-healing and in my own journey to literally break out of a chrysalis and TRANSFORM. And only by continually healing myself, can I help anyone else heal and nourish their own existence. I’m so lucky to have such an amazing support system of family and friends. That is never lost on me.

Also, I apologize for all the geeky ocean/sailing and biological analogies…but you know… biologist…it’s hard to stop myself!

Rebel Yell Yoga – what should we know? What do you guys do best? What sets you apart from the competition?
I like to think of the yoga business as a community, to be honest. Especially in and around Salem and the north shore. Everyone who practices, shares, teaches, and heals has something unique and awesome to bring to the table. That being said, as teachers, we offer a service to students, and one of the things that I try to consistently do is foster connection through yoga across traditional barriers, to embrace light and shadow, and to assist students in being authentic in their own lives.

I’m trained in a traditional lineage of yoga–based on ancient texts and postures that are meant to calm the fluctuations of the mind. Which is Patanjali’s second sutra of Yoga: Yogas Citta Vritti Nirodah. So, I do work with the chakras, the asanas, and the very ancient, but salient, philosophies. But I’m me. And I attempt to live an authentic life true to who I am. So, I can’t show up to class and be authentic and ONLY talk about chakra cleansing and ancient words that are not my own. I have to blend the lines, and bend the “rules” and go outside the box. That’s always been me–on and off the mat. I encourage my students to take off their masks, be themselves, and embrace an ancient practice that is just as healing and beautiful now as it was generations ago, but to make it work their life.

To help blend the lines of traditions, I offer classes that have 100% rock and roll (of many genres including punk and metal: it’s always loud, but I usually pepper some Fleetwood Mac in there too) sound tracks that are hosted at Notch Brewing and Deacon Giles Distillery in Salem, and Once Lounge in Somerville. I’ve played in bands around Boston for 20 years and I let that attitude shine and I encourage my students show their own bad-ass selves. I’ve been a practicing witch since I was 15–bonded to the moon and nature. And, I’m pretty sure that’s why I became a biologist and pursued an ecological education and career. My reverence and desire to help and heal the earth just made sense. So, I work my moon child/earth mama ways into my classes and offer full moon practices, and even teach a class called Luna Buddha at the Salty Buddha in Salem, where class follows the phase and sign of the moon every Tuesday. The lovely ladies at Salty devised that concept, so I cannot take credit! But I love teaching it.

The other thing I really love to do is collaborate. I would say it’s actually my FAVORITE thing about my community, and about teaching yoga and working with the energetics of the natural world and seasons. I have offered a number of yoga classes that are full/new moon meditation circles, and have also incorporated some of the big earth holidays such as Samhain, Winter Solstice, and Spring Equinox. In collaboration with Creative Collective, Witch City Wicks, The Chaos Factor, and Dark Moon Tarot here in Salem, we are offering a yoga and tarot event for the celebration of Beltaine on 4/29 at the Witch House in Salem, which I’m very excited about. The event is sold out, but we hope to do more! I’m also very excited to collaborate with my beautiful friend Kathleen Pizzello, who owns the Moon + the Mat Yoga studio in Beverly, on a weekend retreat this fall. There are just so many options, and so many wonderful people doing so many awesome things that opportunities to collaborate and offer up amazing energy are endless!

What moment in your career do you look back most fondly on?
That’s a tough one. It’s not really one particular moment, but a particular feeling that makes me proud: when someone tells me my class or sequence shifted energy for them in a positive way. Whether it was because I introduced them to a new pose, or to yoga in general, or they really connected to a playlist I put together (as a musician I put a lot of time into this!), other times it’s been my words or my class that inspired art, intentions, or amazing manifestations in their life. None of this is about me. It’s about the fact that I was able to hold space for them to do the work they needed to do, or to receive the inspirational energy they needed to receive. I’m genuinely happy for them. I’m just here to help facilitate their own self-healing. That makes me proud. 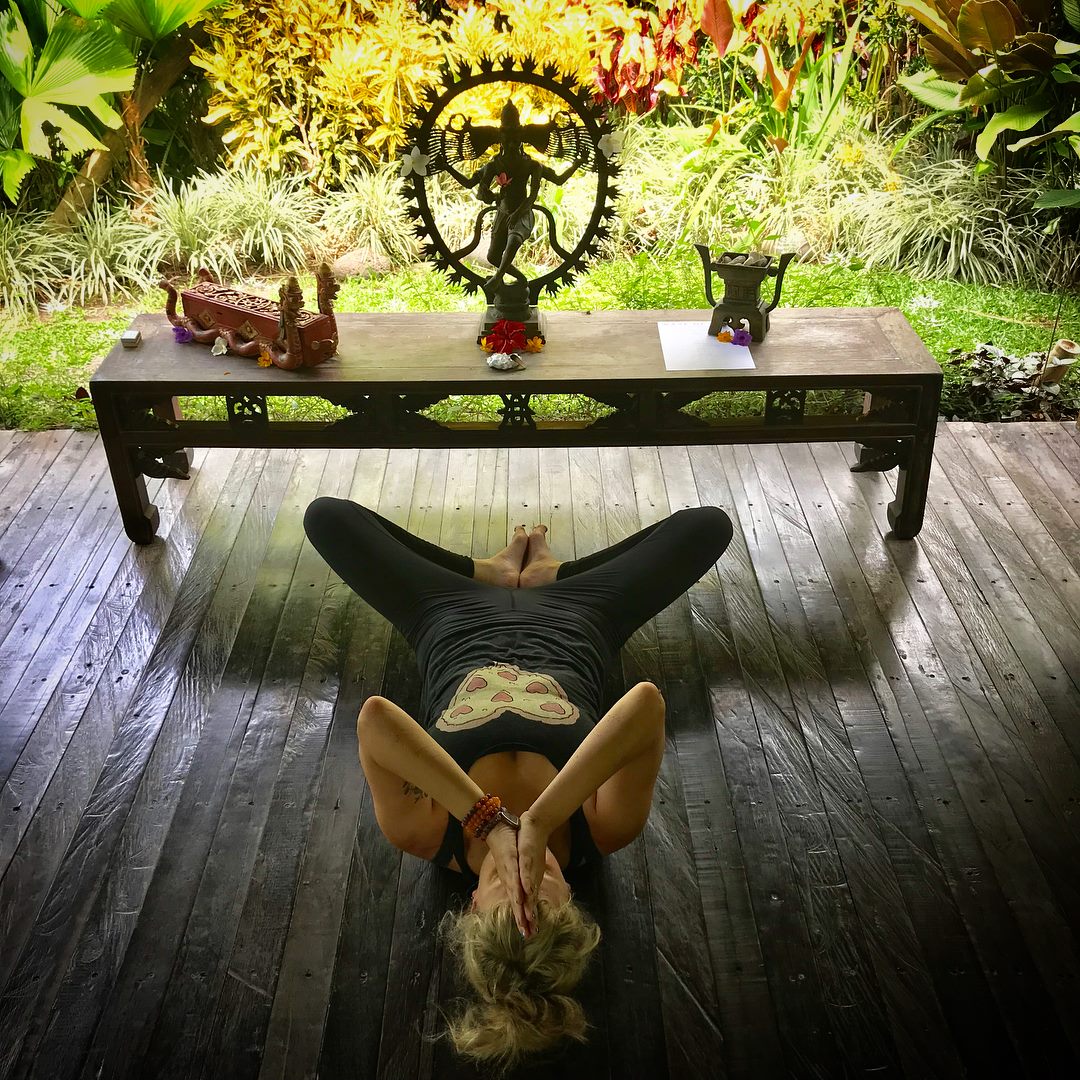 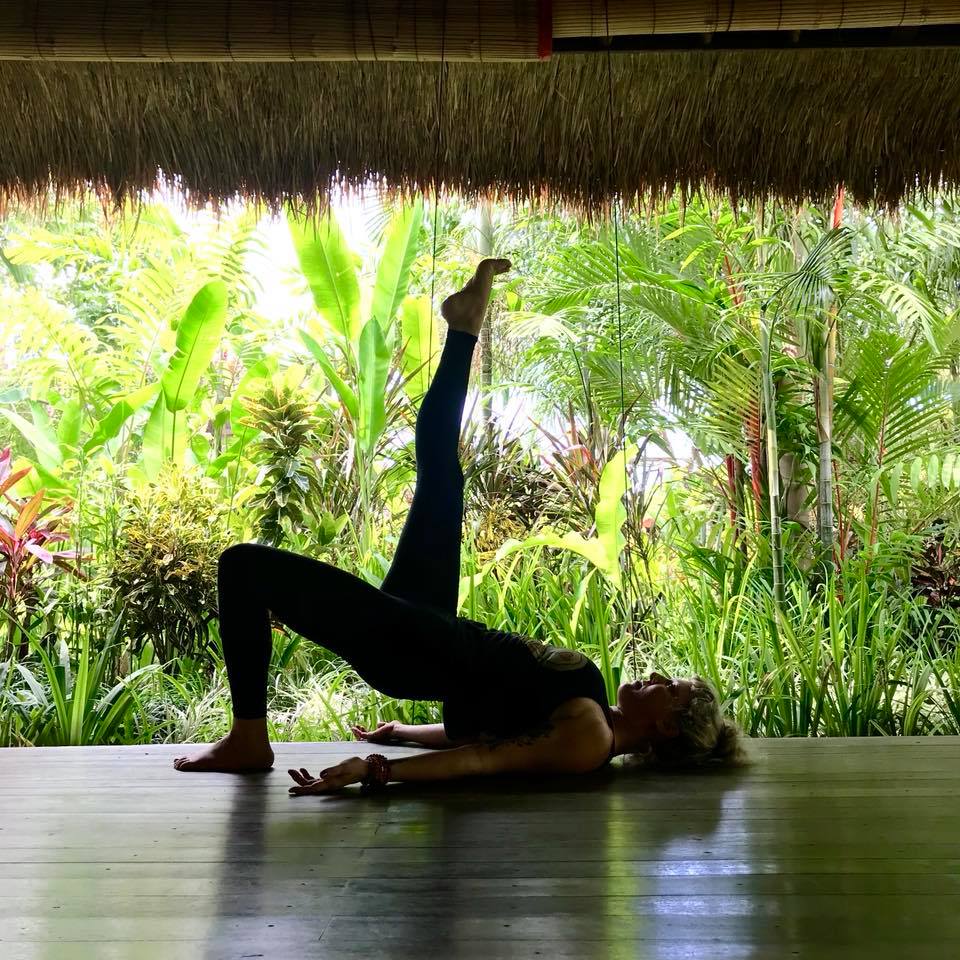 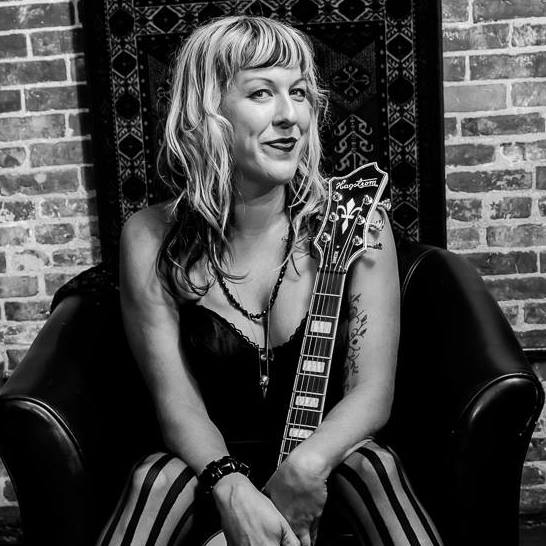 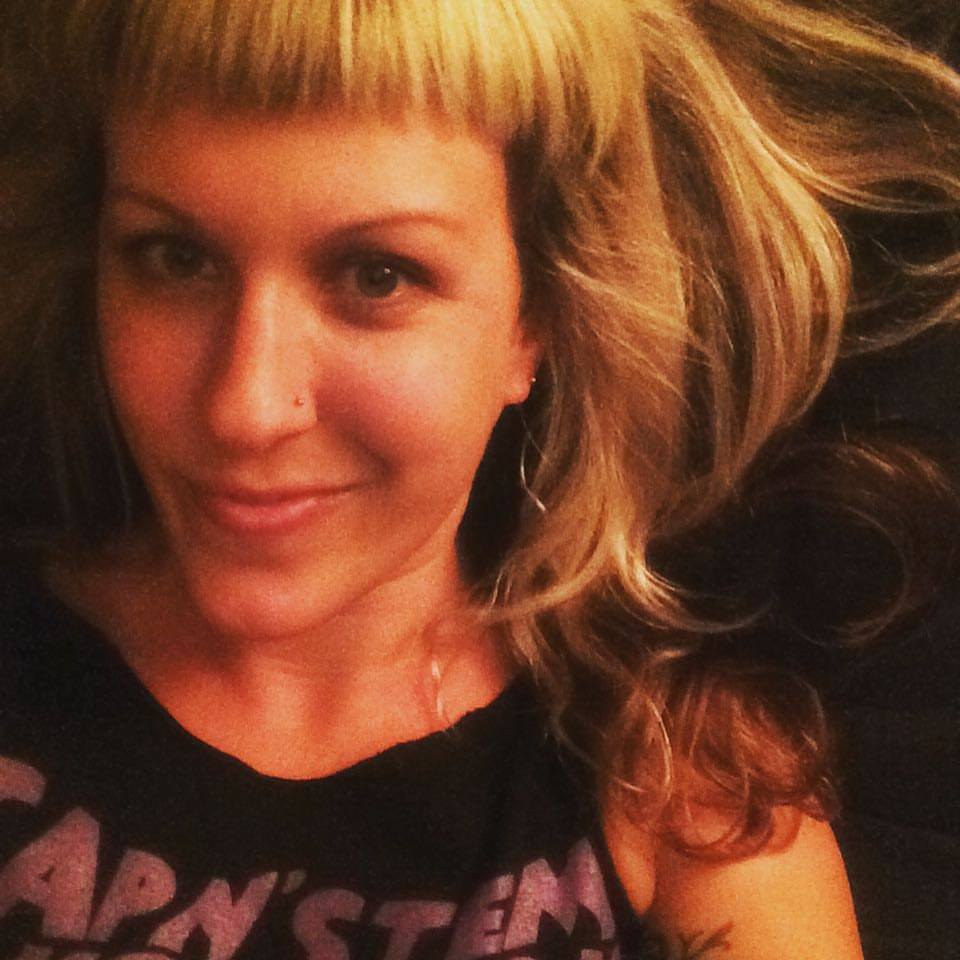 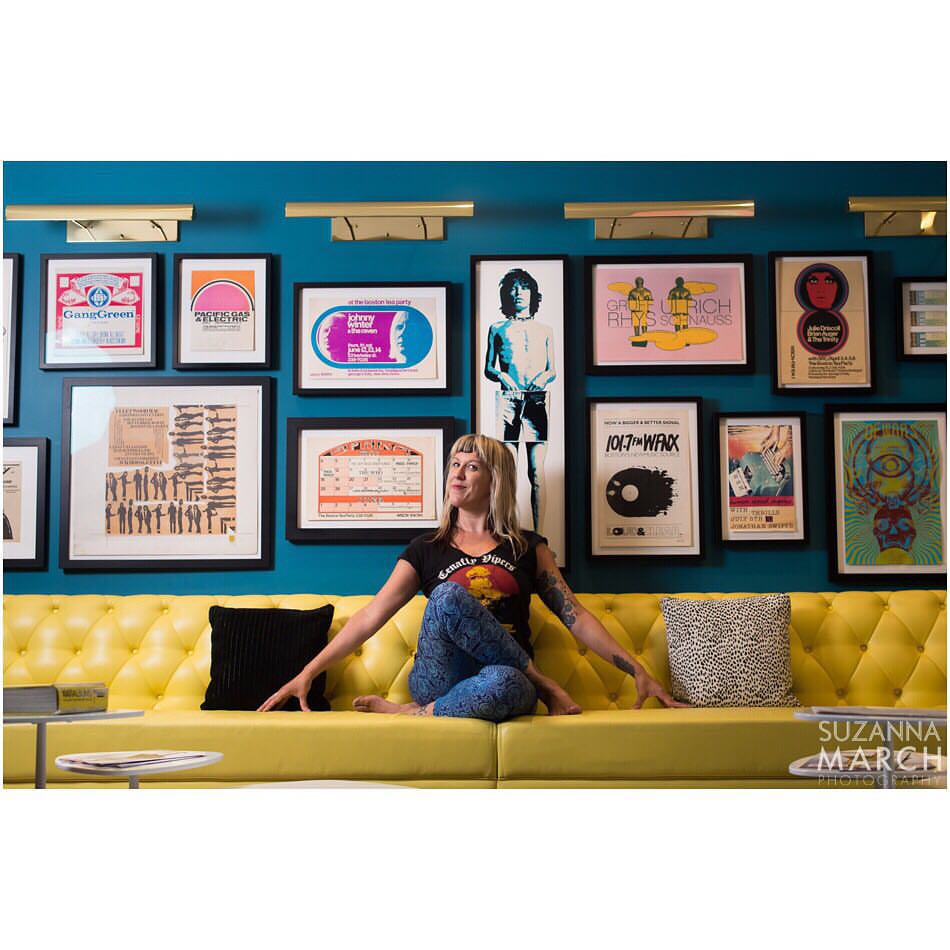 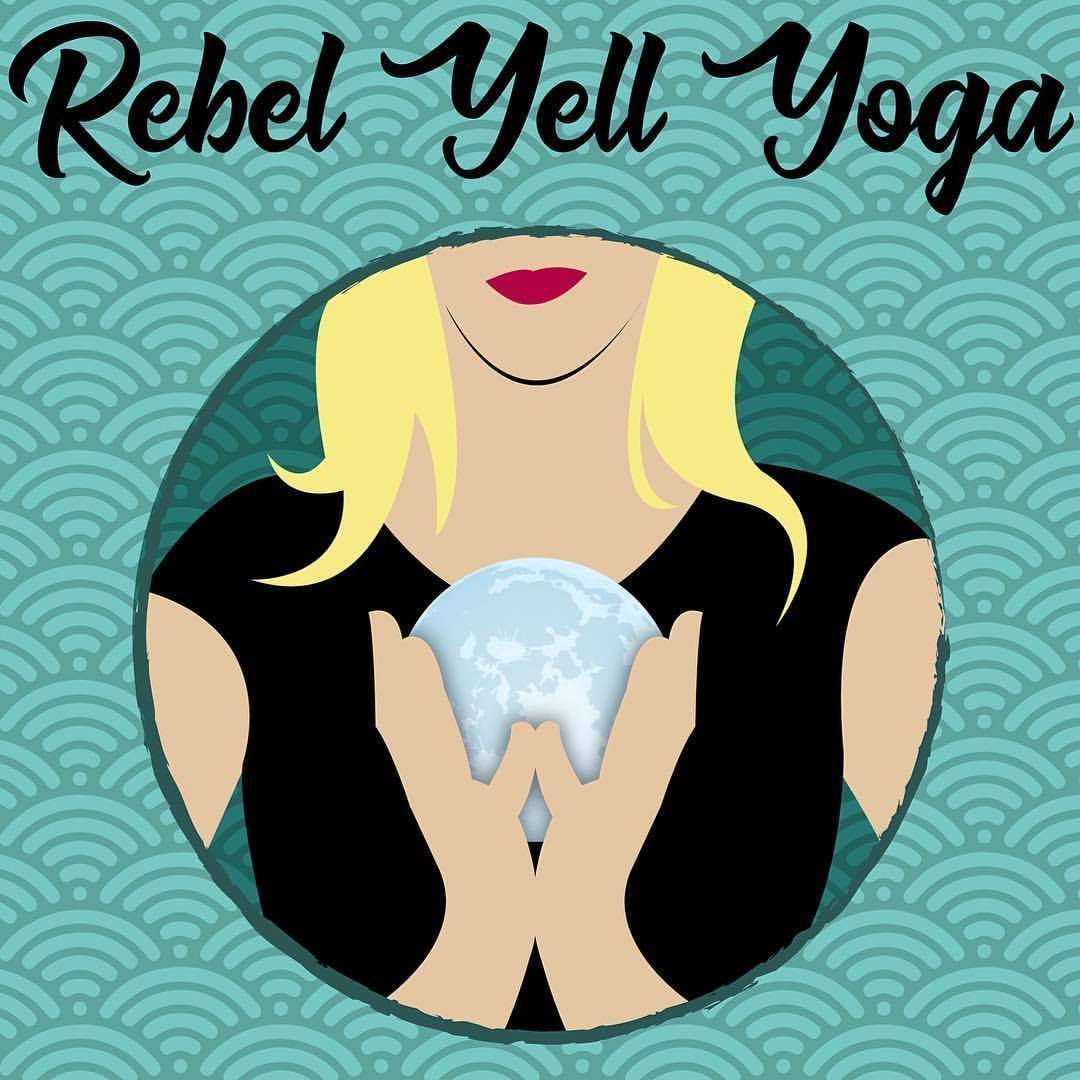 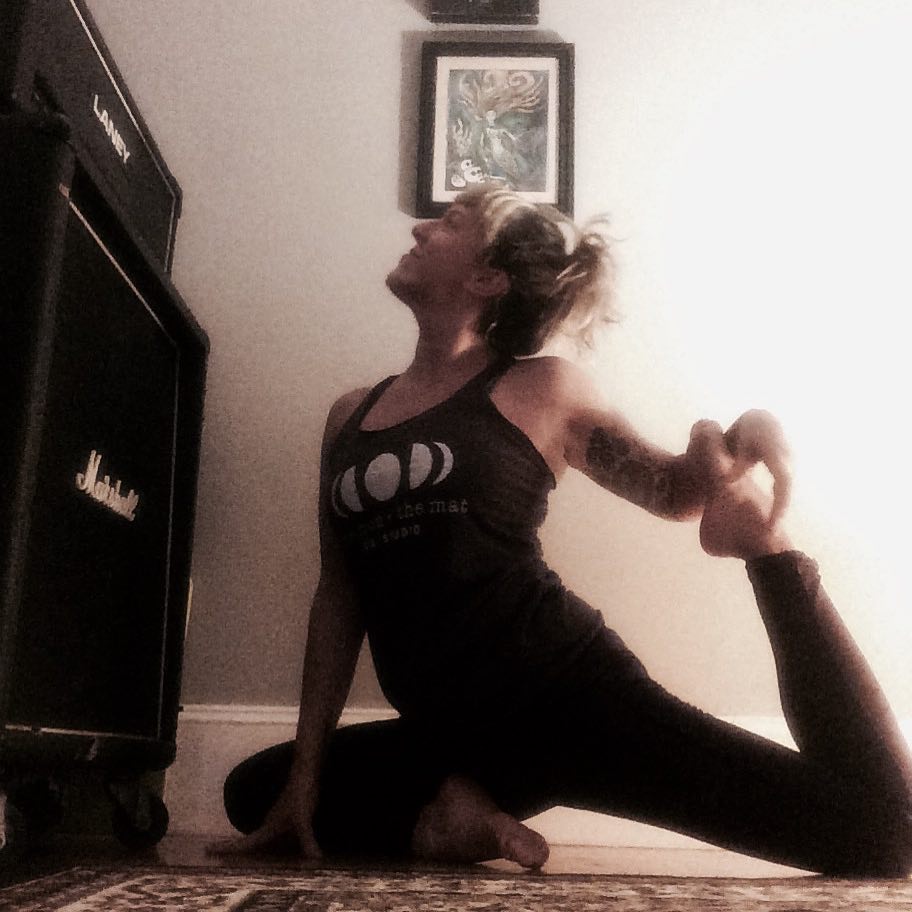 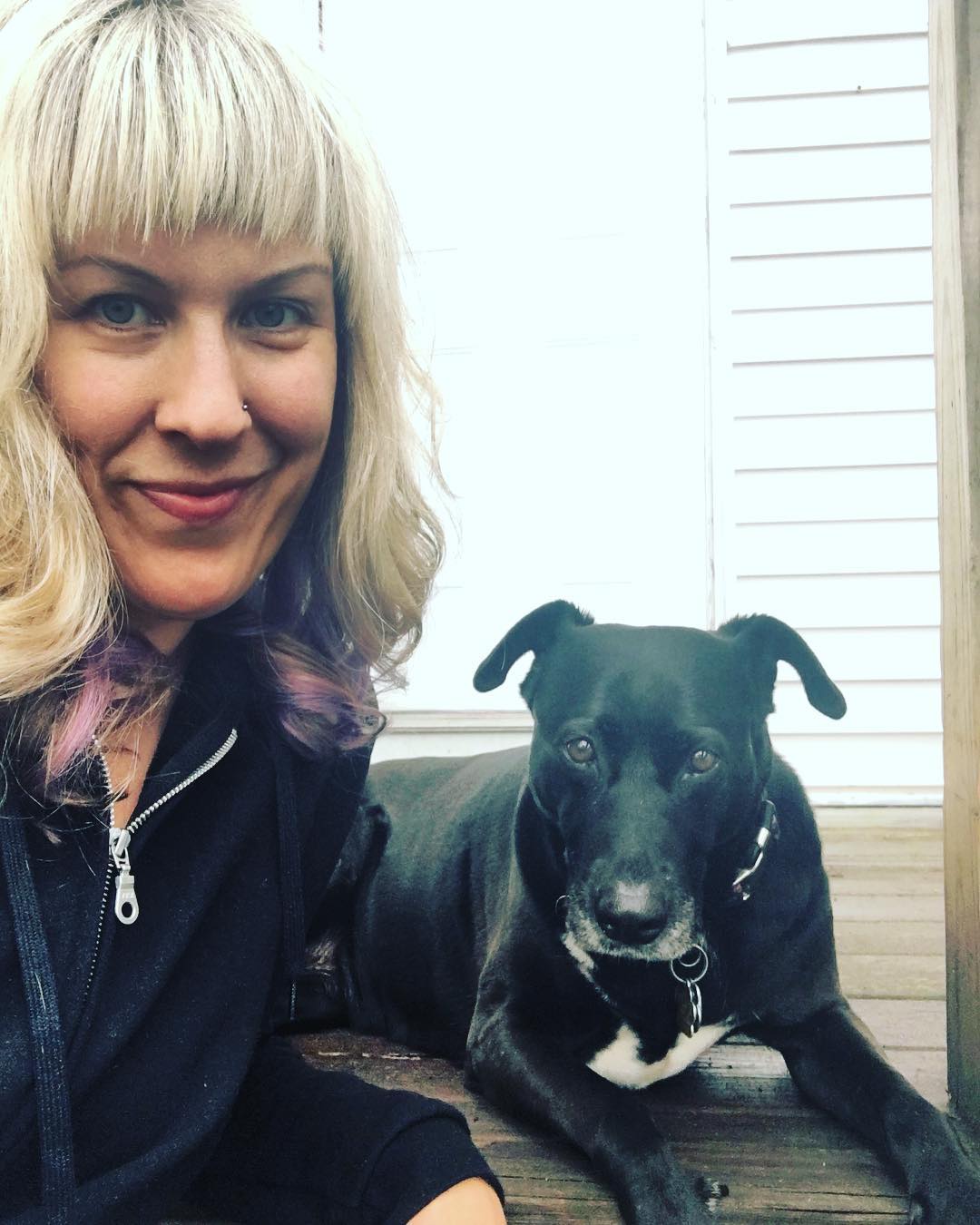