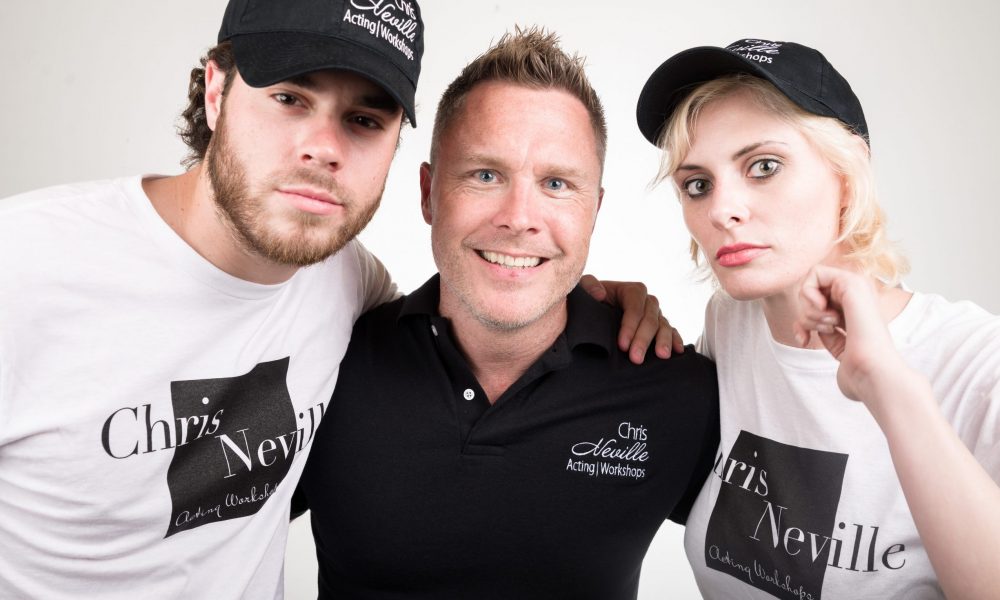 Today we’d like to introduce you to Chris Neville.

So, before we jump into specific questions about the business, why don’t you give us some details about you and your story.
I’m Chris Neville of Chris Neville Acting Workshops and I’m the Director of The Actor’s Loft in Worcester Massachusetts where I teach classes of all levels and ages. You can also find me teaching classes and workshops for Boston Casting’s Media Performance Institute in Boston as well as the Hopkinton Center for the Arts.

I grew up in Worcester, Massachusetts where I graduated from Worcester State College. While in college, I was in a band with some childhood friends and I fell in love with performing. Shortly after graduating, I moved to a beach town outside of Los Angeles, looking for life experience and a new perspective. Before I moved to California, the thought of acting had crossed my mind but it wasn’t until I sat in on a class with Hollywood acting coach, Aaron Speiser that I fell in love with the craft. I trained with Aaron for years and was a member of the Aaron Speiser Acting Studio’s Master Class.

For the past 20 years, I have appeared in network television shows, commercials and feature films, including Ghost Whisperer, E Ring, Broad Squad and Ted 2. During this time, I’ve worked with some amazingly talented actors, directors, and casting directors. I had the pleasure of working with Aisha Tyler and Jennifer love Hewitt in Ghost Whisperer. I assisted Donna Rosenstein Casting during the casting of 4 different pilots, including October Road with Director Gary Fleder and writer Scott Rosenberg and A.K.A with John Leguizamo. I worked with Emmy Award-winning actress Kathryn Joosten and 80’s pop star, Tiffany and each of these was a learning experience that I would later share with my students.

For years, fellow actors from the studio would ask me to help them prepare for auditions. That’s just what we did. We would help each other, support each other. At some point, it was brought up that I should teach and people were willing to pay me for coaching. I did that for a time and I later joined Anthony Gilardi in the development of the Anthony Gilardi Acting Studio in Hollywood CA where I taught and coached actors from 2012 – 2014. We had some amazing actors working out there, Including Emmy nominated, Richard Cabral (American Crime, Mayans M.C.), Anna Diop (Titans, 24: Legacy) and Brionne Davis (Embrace of the Serpent, Castle Rock).

I moved home to Worcester, MA in June of 2014 and for the past four years I have been the Director of the Actor’s Loft in Worcester and have been teaching acting workshops throughout Massachusetts, including Boston and Hopkinton.

Has it been a smooth road?
Well, I don’t think it’s ever been a smooth road. Moving home to Worcester, I wasn’t sure what the opportunities were going to be. When I moved to LA, there was no film and television industry here. You had to move to New York or LA if you wanted to act in movies and television. For the past four years, I had to establish myself, I had build clientele, spread the word, let people know I’m here and what I have to teach is of value.

But I will say that I’ve been fortunate. I was fortunate to have walked into the Actor’s Loft and met Karon and Kellie Shea. They believed that I had something to share and that we could succeed in building a top-notch acting studio in Worcester. I am also very fortunate to have gained the trust of Angela Peri and Brittany Shapiro of Boston Casting. Angela had cast me in Ted 2, where I had the opportunity to work with Seth MacFarlane and Boston comedy legend, Lenny Clarke. Shortly after that, I told her I was looking to teach and asked if they needed any instructor’s. She put me in touch with Brittany, the head of their Media Performance Institute and I’ve been a part of their faculty ever since.

Just like any small business, it’s a struggle to get, maintain and increase clientele. But I must say that after a lot of hard work and persistence, word is spreading and things are happening.

So, as you know, we’re impressed with Chris Neville Acting Workshops – tell our readers more, for example what you’re most proud of as a company and what sets you apart from others.
Chris Neville Acting Workshops and The Actor’s Loft specialize in training actors for movies and television. We teach actors how to prepare for roles, and auditions while coaching them on the business of acting. We help them to create truthful behavior in imaginary circumstances. We offer classes for kids, teens and adults as well as private coaching.

Having a supportive community is important for an actor, we pride ourselves on creating a safe environment for actors to take risks, to pursue their passions and dreams without judgment.

What sets us apart from others is our experience and contacts. What we are offering is the support you need to build up your resume here in the Boston and New England area, to help you get work. What we also offer is 16 years of contacts and relationships in Los Angeles. Our goal is to bridge the gap between Boston and Hollywood. We have producers, directors and working actors come and speak to our classes. If your goal is to eventually move to LA and continue your pursuit of acting, I can steer you in the right direction, help you find that supportive community, agents, casting directors, etc. It is my job to cut out as much of the guesswork as possible for you, so you can succeed as quickly as possible.

What I’m most proud of is the Chris Neville Acting Workshops Performing Arts Scholarship Program. For the past three years, I’ve been working with middle school kids in Worcester and it has been eye-opening. It’s because of them that I started the Chris Neville Acting Workshops Performing Arts Scholarship Program. These kids have some incredible challenges, broken homes, drugs, violence, poverty and gangs. It’s amazing to me that they come to school every day. In addition to working with them during the day, I started working with the afterschool program and as part of it, we would perform a musical theater piece. These kids would just blow me away. The growth I saw over the course of the school year was inspiring. I can’t tell you how proud of them I am. I decided that at the end of the year, I would give a number of scholarships to students so they could continue their performing arts training. The criteria being, staying in school, maintaining at least a B average, and adhering to the attendance policy. Many of these students would never have the opportunity to experience the performing arts if it wasn’t made available to them at no cost. I saw these children evolve during this process, their confidence level increased dramatically, their ability to work with others, to problem solve, to read and write, all showed improvement.

The following year I teamed up with my friend, Anthony Gilardi and his non-profit organization, Hippo Life LLC. HIPPO Life LLC is a non-profit organization using art as a means of rehabilitation, providing an innovative culture of creative expression and empowerment. I am constantly trying to raise funds and form partnerships with businesses and corporations, I wanted to make it more attractive to donate. By teaming up with Hippo Life, a 501(c)(3) donations are now 100% tax-deductible.

Each year we have been able to increase the number of scholarships but it’s not easy, so please consider donating to this great cause. 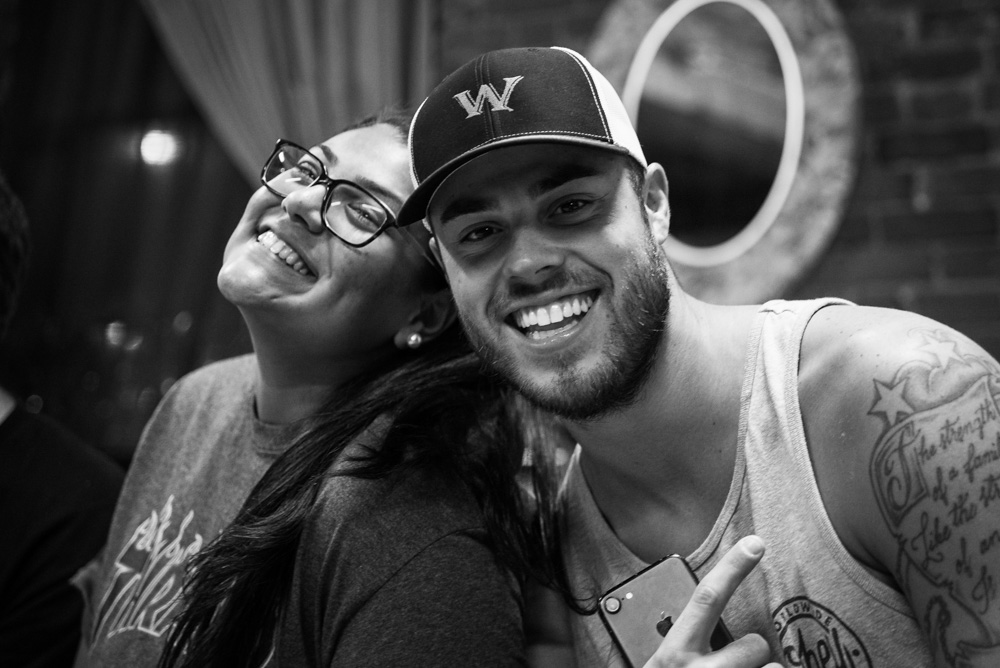 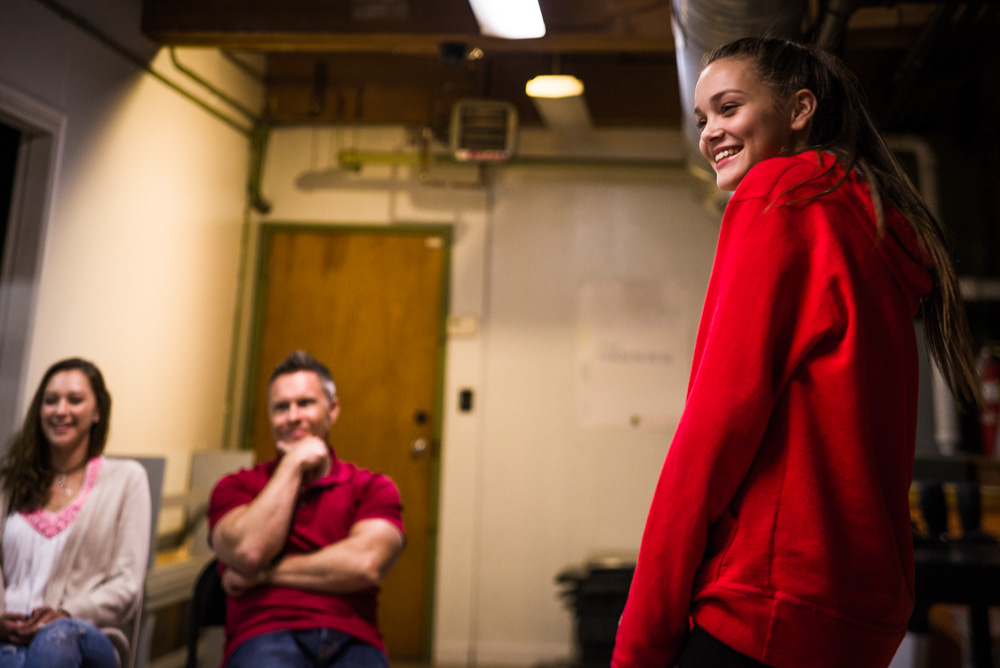 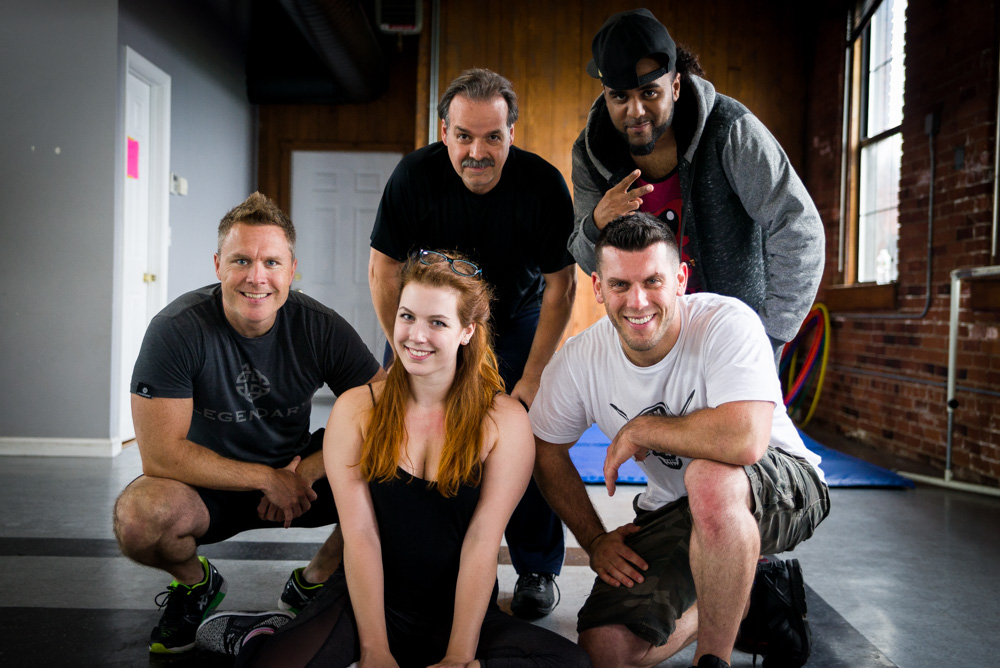 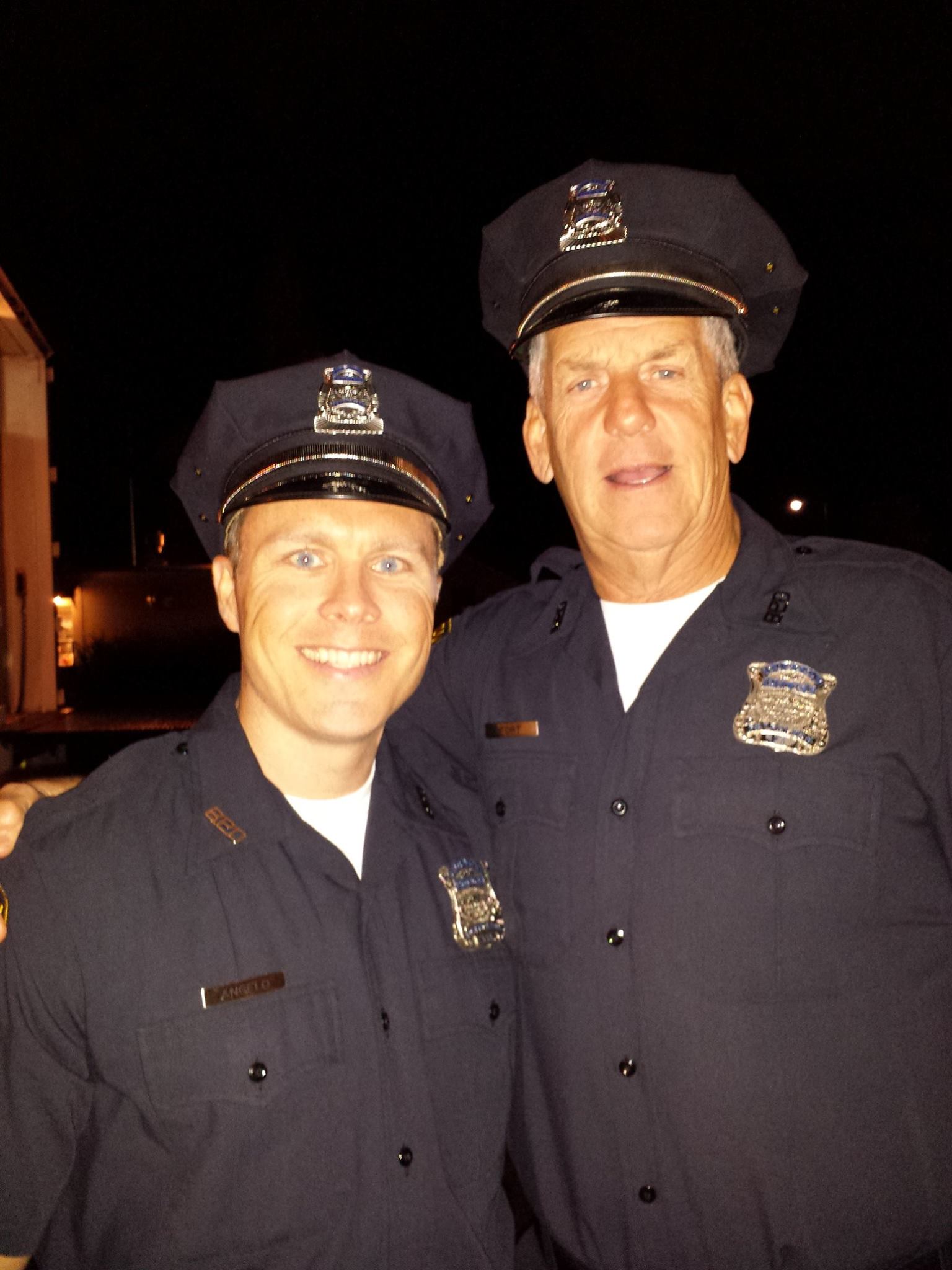 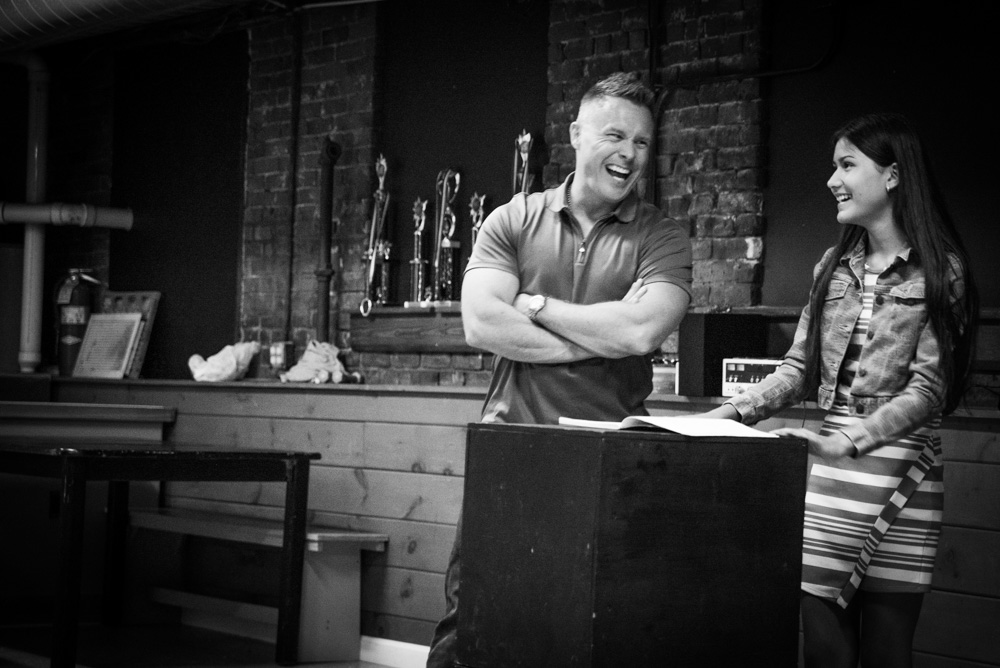 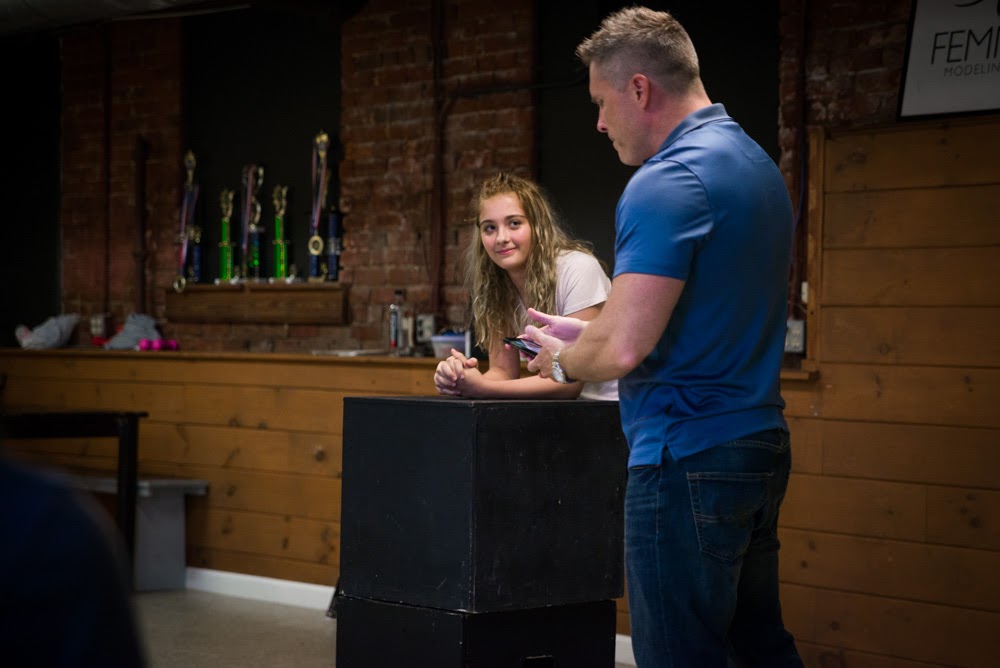 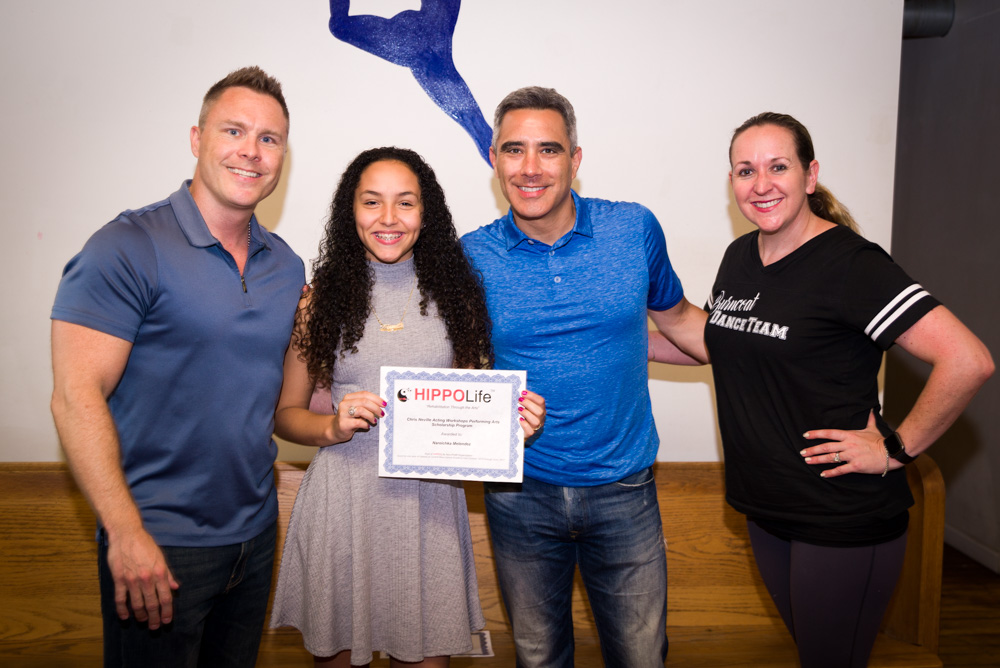 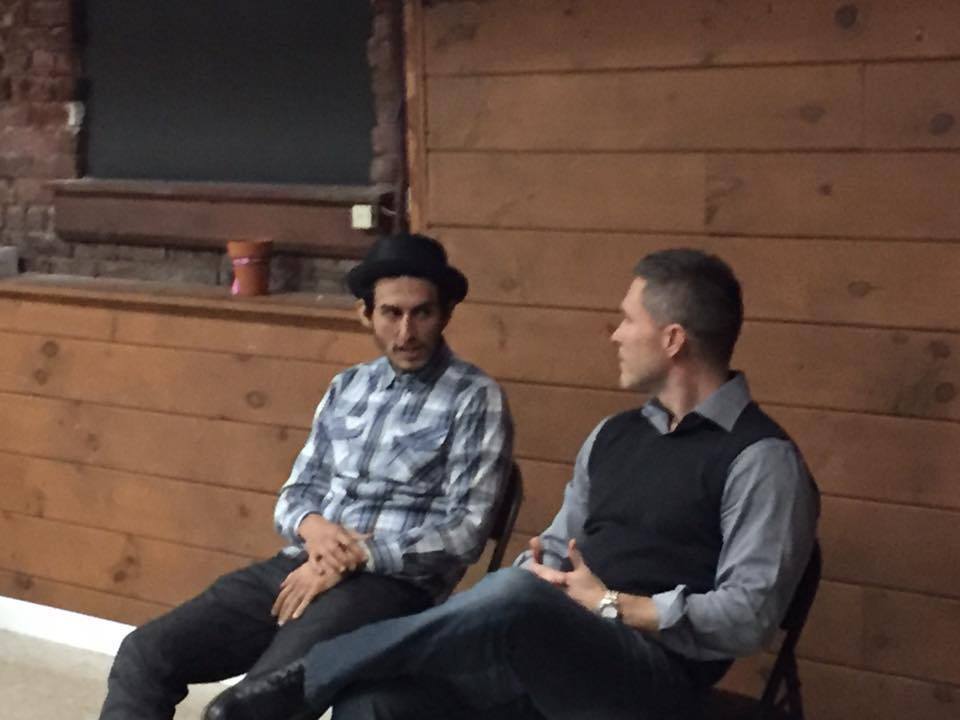