Meet Amy Kerr of I Am More 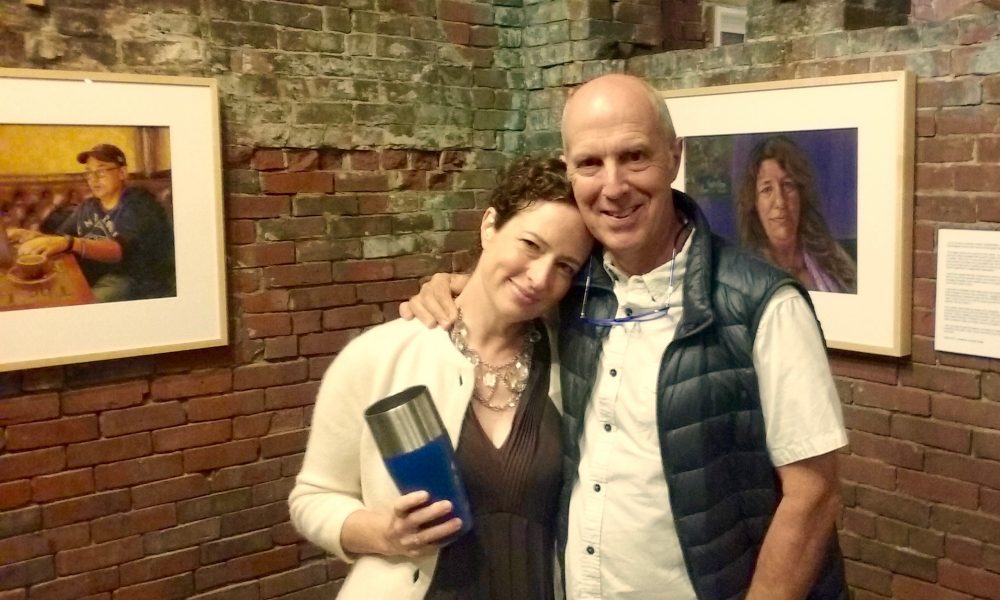 Today we’d like to introduce you to Amy Kerr.

Amy, please share your story with us. How did you get to where you are today?
When I was in first grade my teacher, Miss Martin, gave us paper and a pencil and instructed us to draw the person sitting across from us. I sat across from James, a boy I didn’t know well, but rather than feeling shy, as I did with most things, I took the assignment very seriously. When the drawings were posted on the bulletin board in the hallway outside of the classroom I looked at all of the faces and realized mine looked different from the others. More human.

In junior high art class our teacher Ms. Petrelis taught us that drawing faces involved a visual formula – an egg, a line down the middle, a line halfway across the egg (the eyes), a line halfway between the eyes and the chin (the nose), and a line a third of the way between the nose and the chin (the mouth). The corners of the mouth went from pupil to pupil, and the ears went from eyes to the mouth. My mother says this was the moment everything clicked for me. I went from tears of frustration to wallpapering my room with faces.

The next time I was instructed in portraiture was my senior year of high school. We were instructed to draw a self-portrait from a black and white photo, using a grid system to transfer the image to tinted drawing paper. That was the last art class I ever took. To this day, I use the same grid system, the same Canson Mi Teintes tinted paper and the same Prismacolor pencils.

Great, so let’s dig a little deeper into the story – has it been an easy path overall and if not, what were the challenges you’ve had to overcome?
I chose to study creative writing in college instead of art, but when that seemed to be leading nowhere I returned to portraits with the hope of becoming a professional portrait artist. I spent my early twenties trying to learn the business of art, with no formal art training, but the bills soon piled up and I abandoned the effort to work in cosmetics and eventually to become a mother.

It had been a decade since I had touched a pencil when an old friend tragically lost her three-year-old son in a drowning accident. After the funeral, she asked me if I would be willing to draw a portrait of him. Grateful to have something to offer her, I assembled what materials I could find and completed the first portrait my daughter had ever witnessed me create. She was mesmerized, but the demands of motherhood sent the art supplies back into storage for nine more years.

After feeling the pull again, I completed a series of portraits of my daughter from birth to age fifteen and to celebrate, threw my first art show in a free space in Gloucester. The response from friends and family was overwhelming and encouraging. I decided it was time to give the business of portraits another shot. For the next two years, I checked all the boxes: website, Facebook Page, Instagram, business cards, blog, advertising, networking, I gave it my best shot, again, but the commissions did not roll in.

A couple of friends threw me a bone, but after two years I decided the universe was telling me something.

Please tell us about I Am More.
At the same time that I was striving to support myself with my art, I was also battling clinical depression. In January of 2017, in a particularly low moment, curled up on the couch, the thought came to me… I am more than this. I wanted people to remember that although depression was a daily struggle for me, there was so much more to me that was overshadowed. I wondered if other people felt this way.

That day the idea of I Am More came to me fully formed: a series of portraits featuring individuals of all ages, with all kinds of struggles, who would write a piece to accompany their portrait describing how they were more than their mental challenges. I started reaching out, and eventually assembled a group of 16 subjects, mostly from my community of Cape Ann, who was dealing with depression, anxiety, grief, addiction, PTSD, bipolar disorder, panic attacks, OCD and an eating disorder.

For the next year, we worked together, taking reference photos for their portraits in any place they desired. I drew while they wrote, and by a huge stroke of luck, I found a private sponsor to support my work and pay for the framing. When the portraits were completed I began reaching out to organizations and businesses to see if anyone would be willing to display one or more portraits for a month. In a few weeks, the portraits were booked for displays through the rest of the year. Now I’ve extended I Am More to the rest of Massachusetts and am working on 20 new portraits with new subjects such as opioid addiction and postpartum depression.

There are two things that have been the most important for me as this project has evolved. One, that we’re talking about these difficult subjects openly and compassionately. And two, that these portraits and essays are being displayed in non-traditional spaces, where art has never been displayed before: the food pantry, the YMCA, the hospital cafeteria, an addiction treatment center, the local theatre, the animal shelter, and so many more. I hope that this opens a door for other artists to reach an audience with their own message and mission.

Do you look back particularly fondly on any memories from childhood?
When I was ten we took a trip to Norway to visit family we’d never met. It was an age when we were trusted to run free with our cousins before we were old enough to feel awkward of our differences. They taught us to fish and we taught them American dances which we performed for the extended family after great feasts of seafood, all while not knowing a word of each other’s languages. 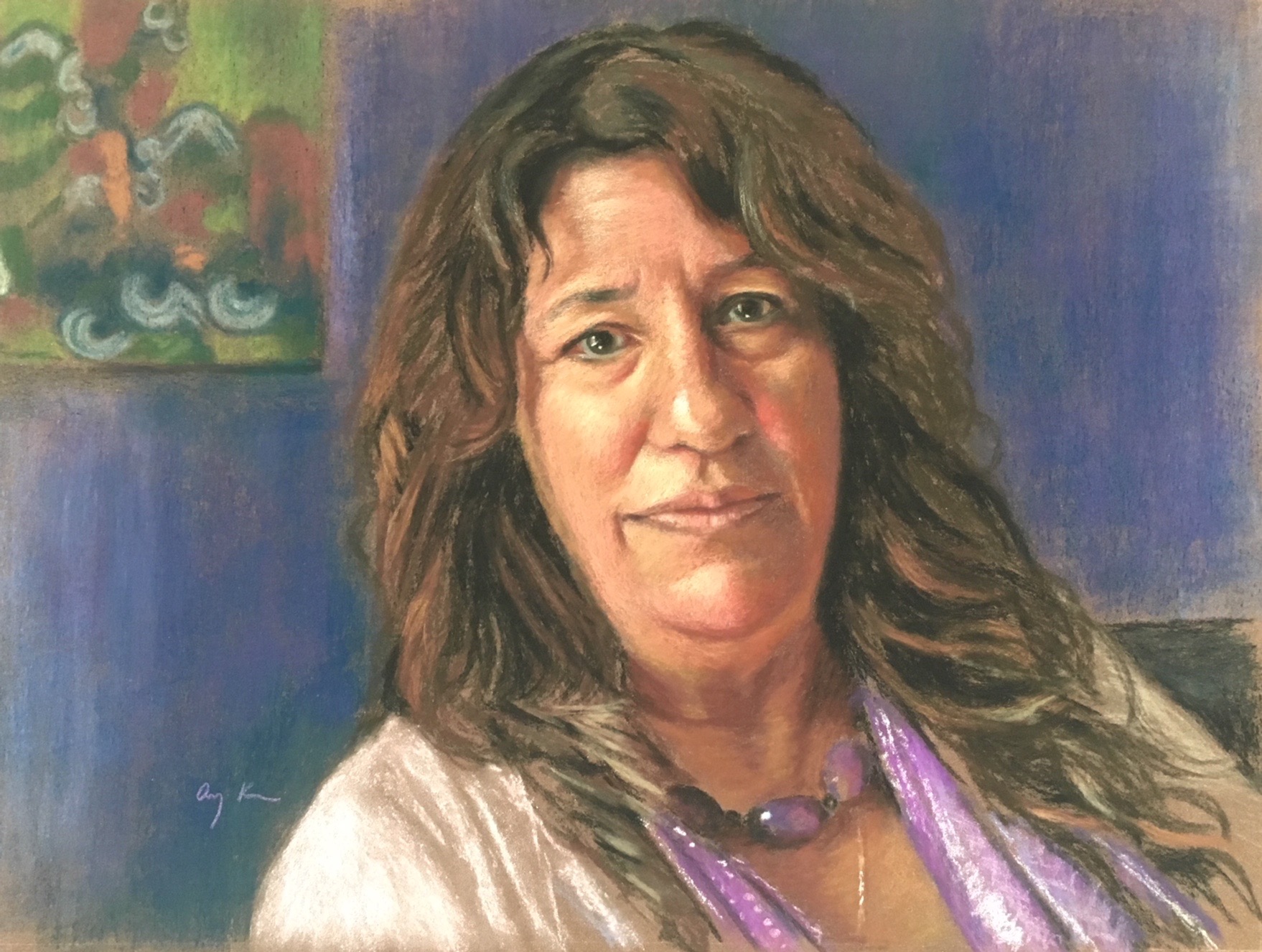 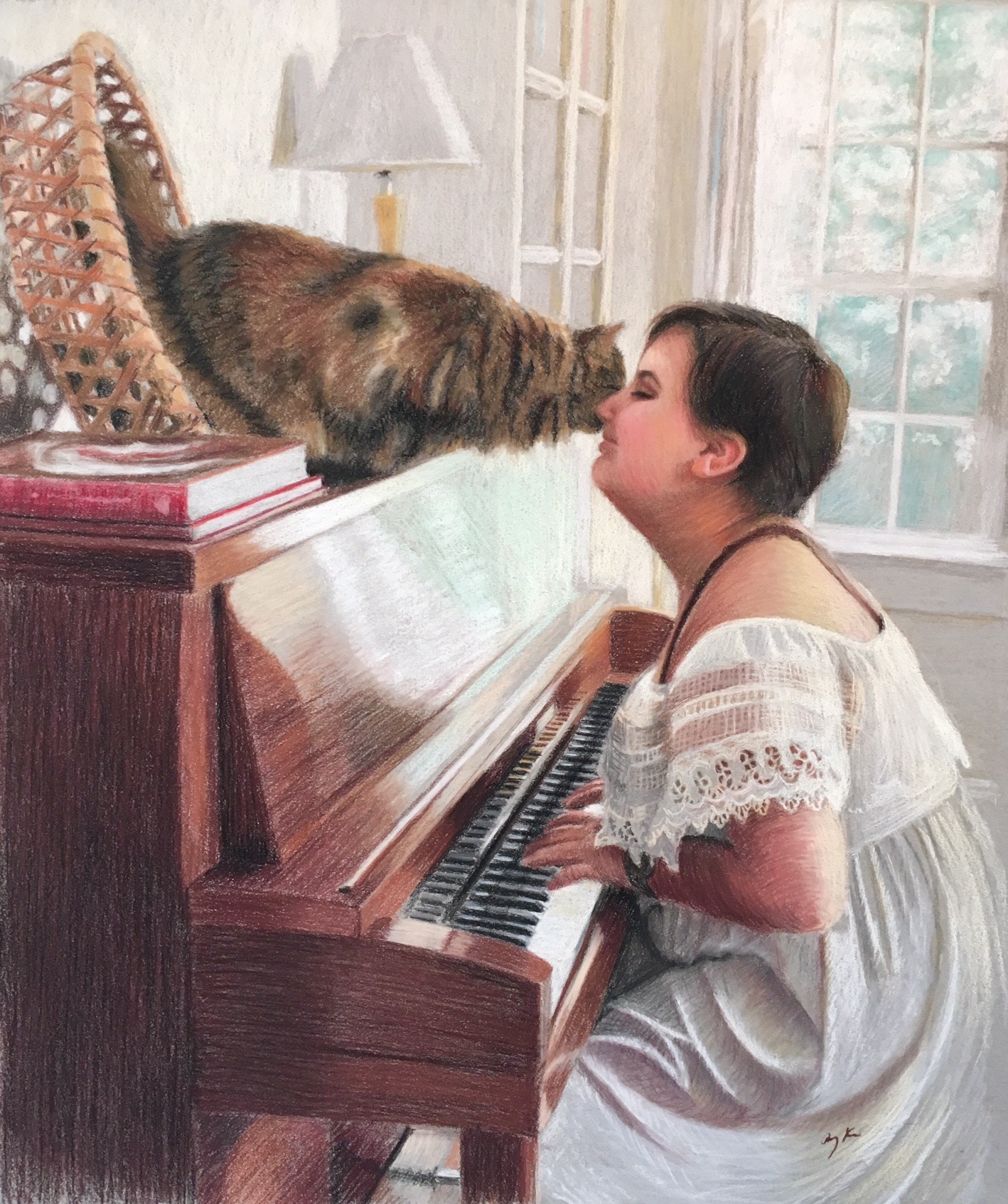 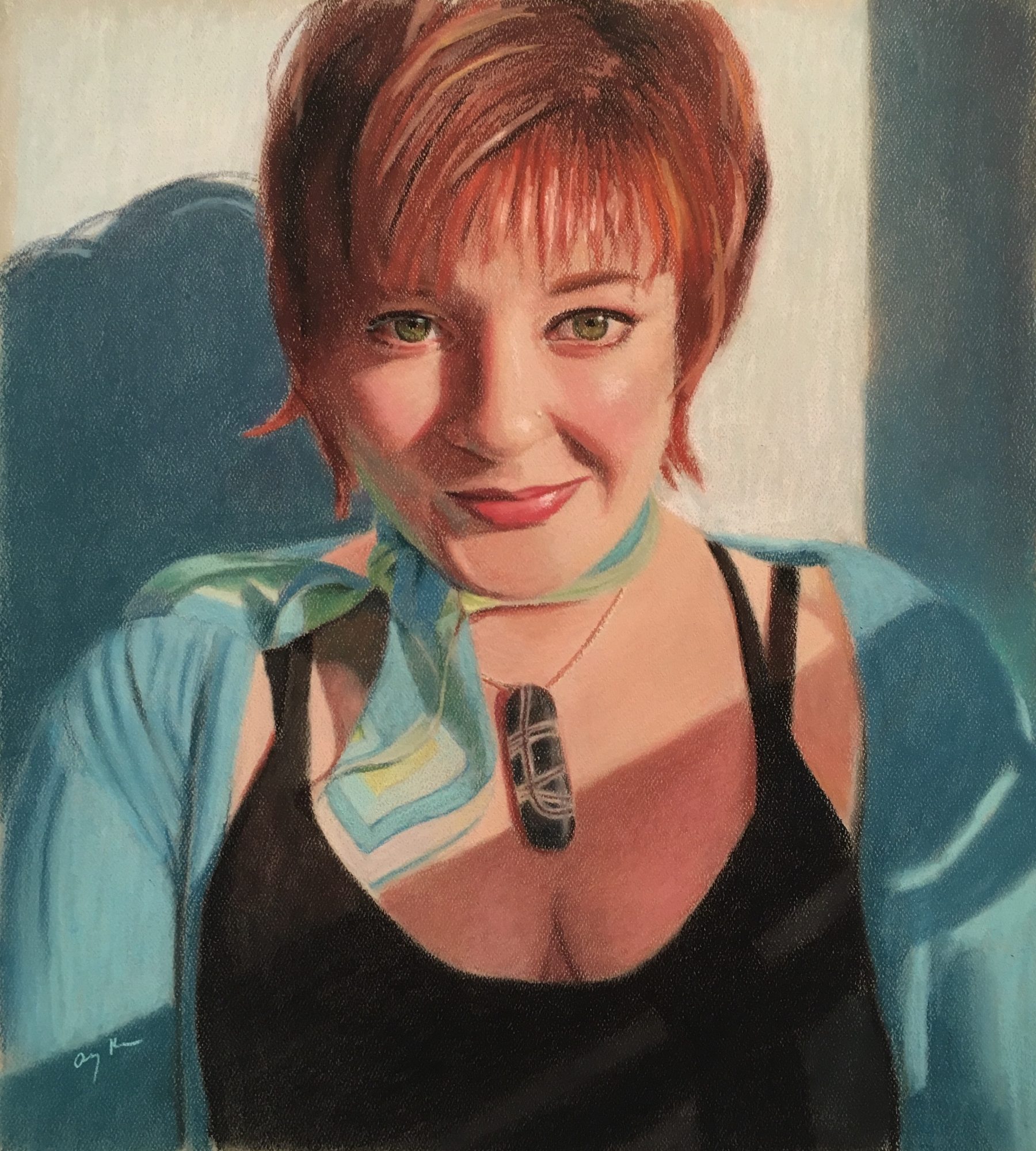 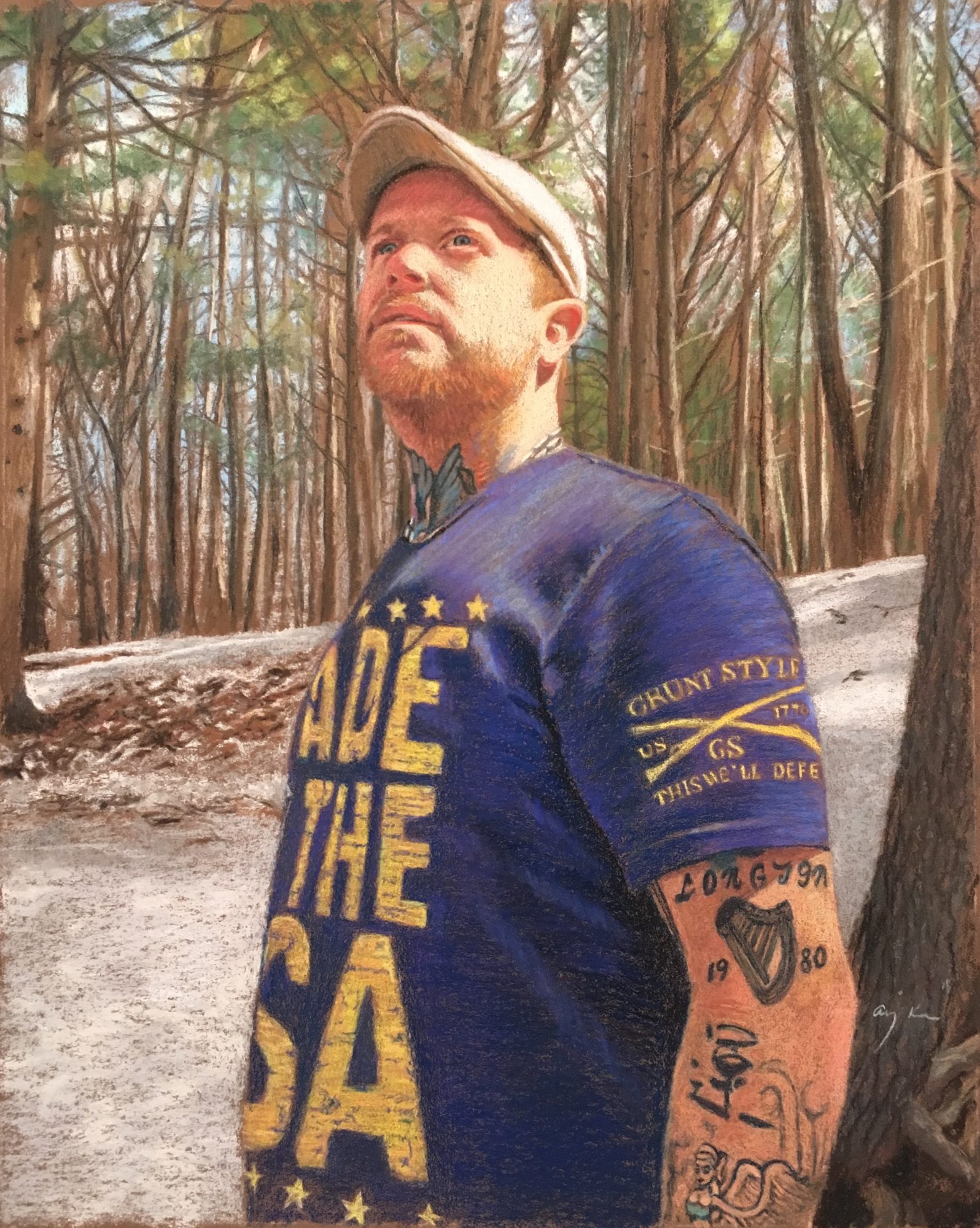 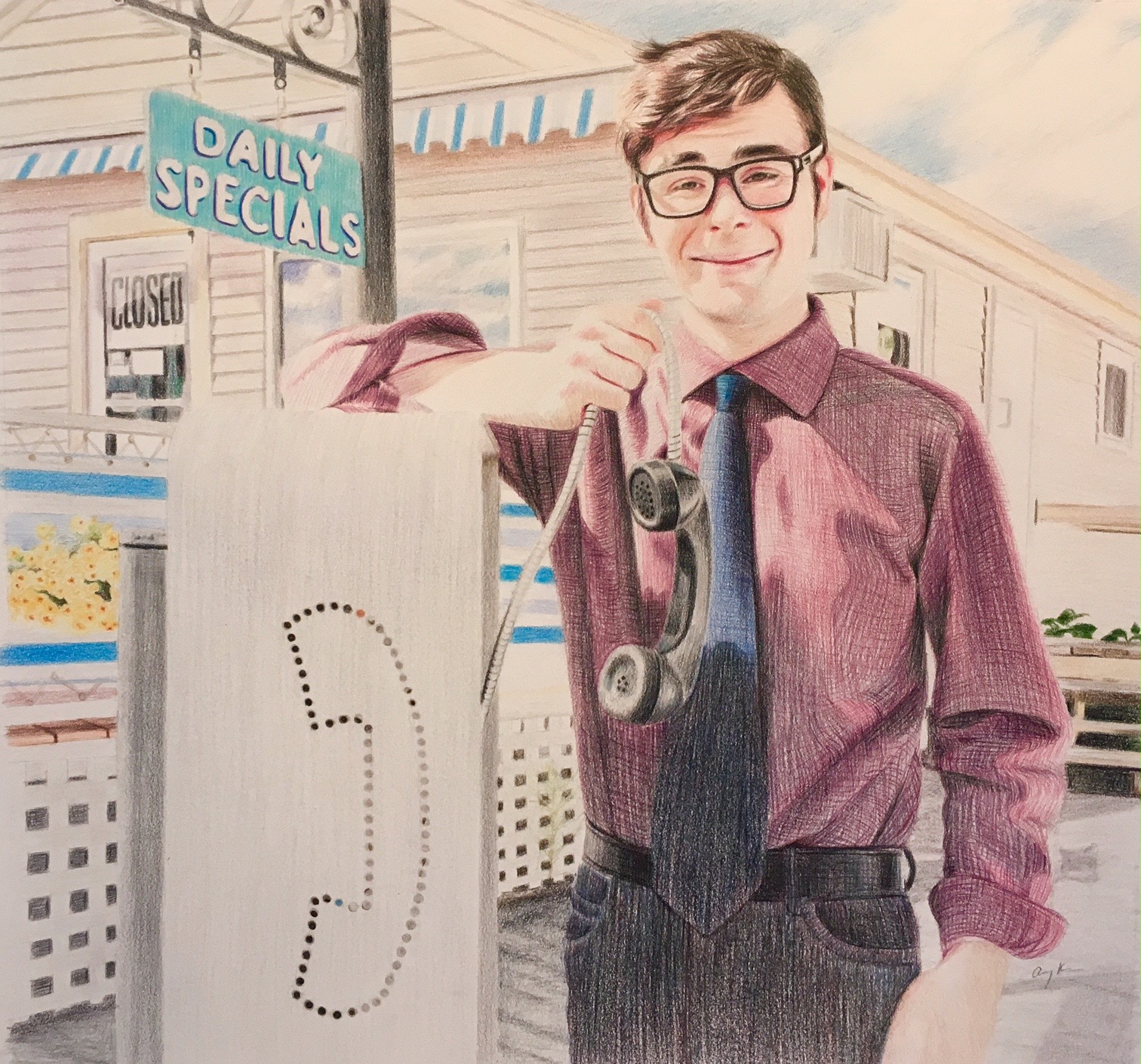 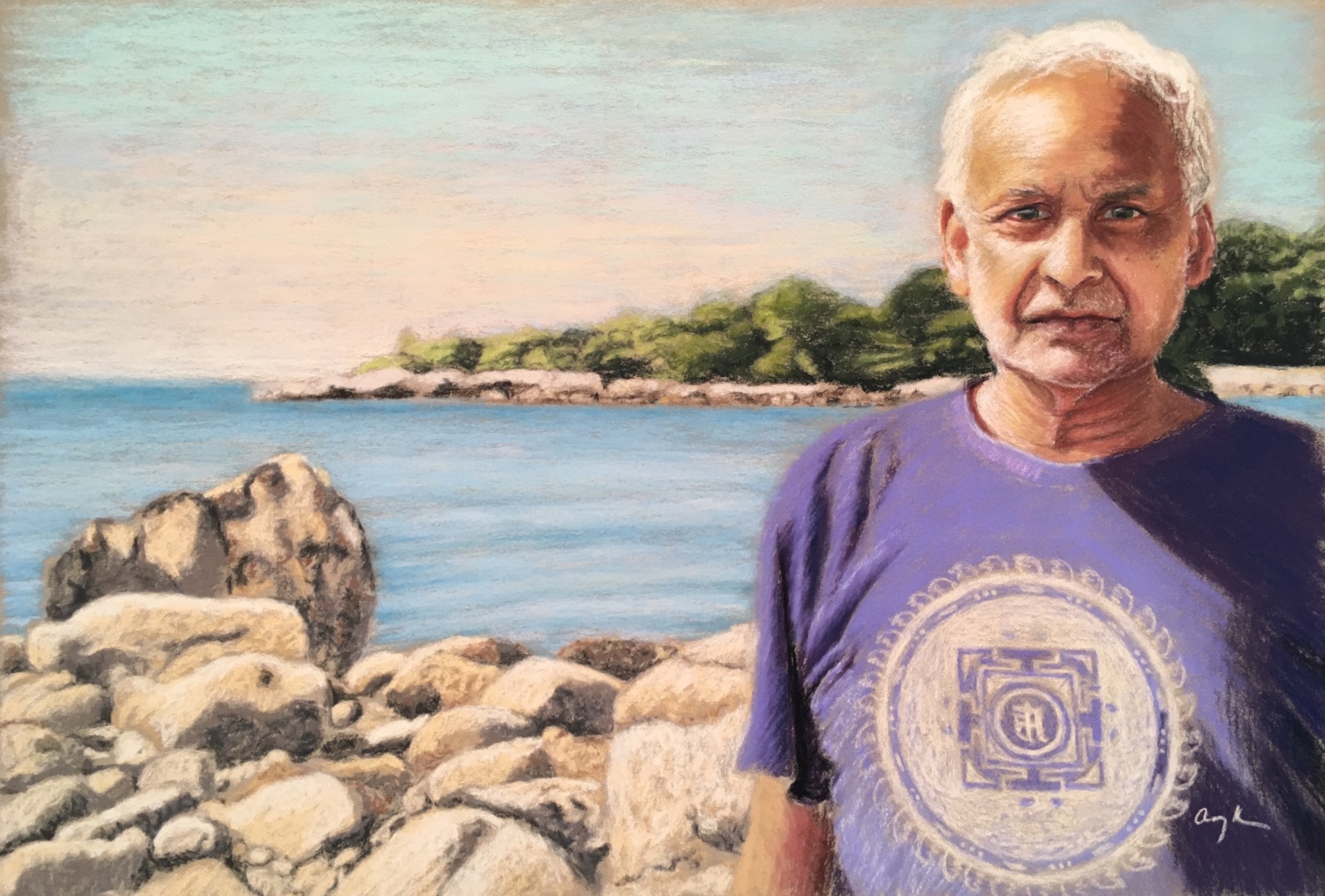 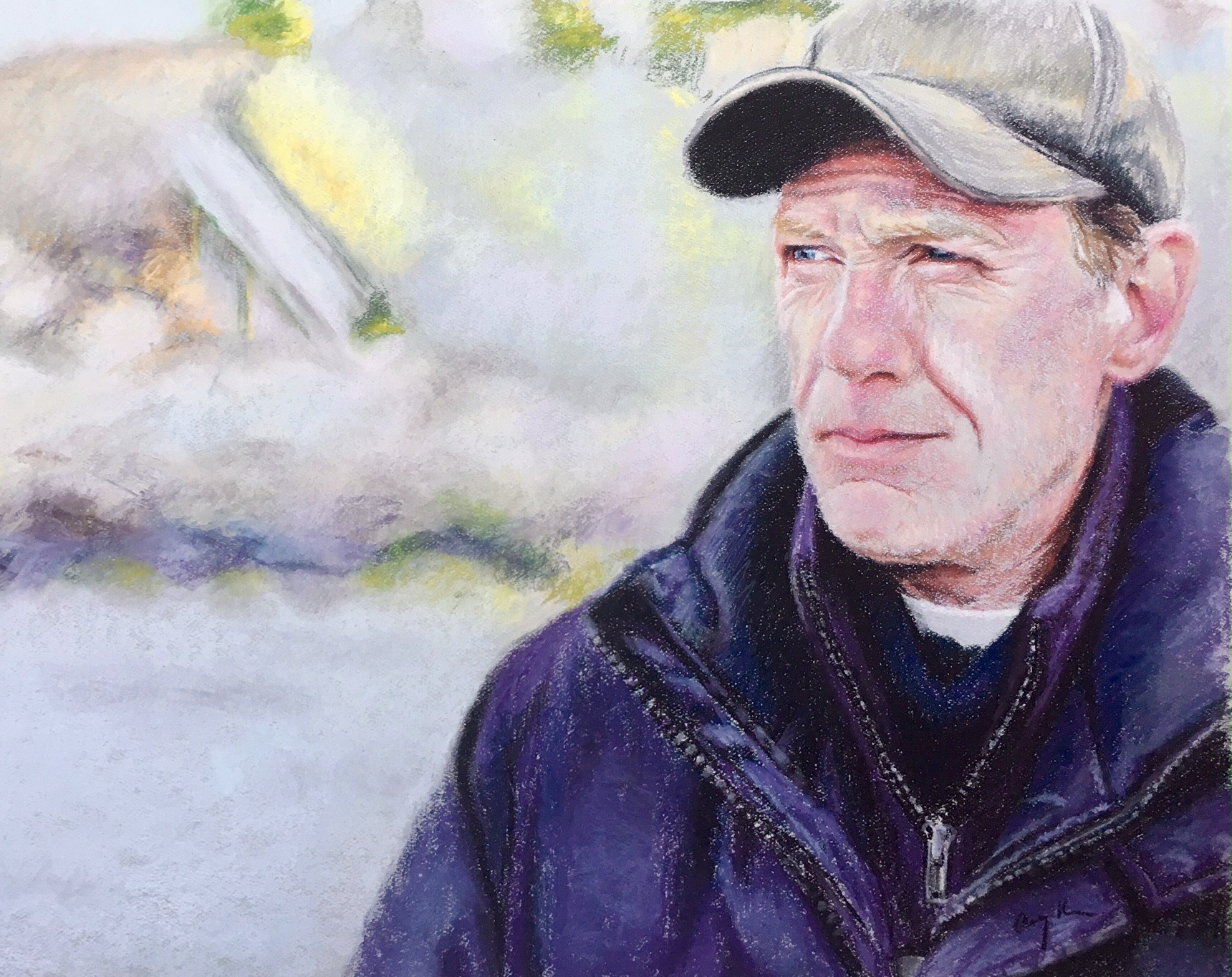