Conversations with the Inspiring Caroline Stowell 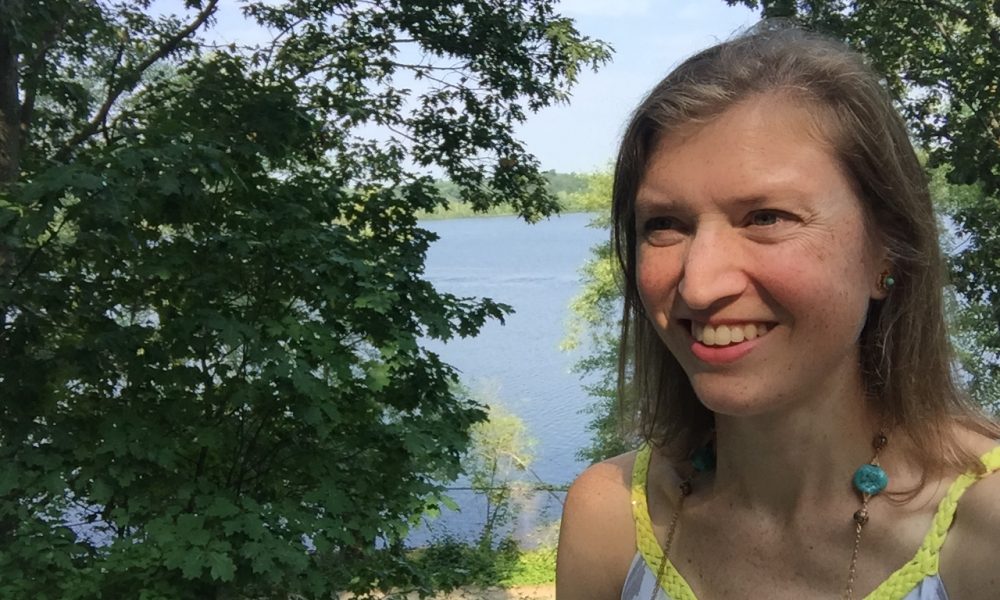 Today we’d like to introduce you to Caroline Stowell.

So, before we jump into specific questions about the business, why don’t you give us some details about you and your story.
I co-host a book club for neighborhood moms with my friend Corinne Foster. In the beginning, we wanted to create a venue to discuss books and writing. Our simple vision has evolved into a space of sensitive discussion and specific action that has reached beyond our meetings to connect members of our community and to challenge us individually.

For me, I have always loved reading, particularly novels, and have always wanted to write. This book club has been the inspiration and thrust I needed to put myself out into the world and to devote myself to my writing as I continue to work as a community organizer. Beyond the book club, I have sought to bring people, and particularly moms, together in different ways — from socializing with moms from my kids’ school, to gathering runners for road races, to encouraging discussion among women of different faiths in order to support the shared pursuit of spiritual and religious growth in our families.

I wasn’t always such a people person. Introverted and risk-averse, I originally pursued a career in medicine, although when I concentrated in neuroscience at Brown University, I made sure to sneak in the requirements for a degree in English Literature as well, knowing I could never fully deny my desire to become a writer. After graduating from Rush Medical College in Chicago, I pursued a transitional internship in internal medicine and surgery at Newton Wellesley Hospital in Newton, MA, followed by a residency in diagnostic radiology at the Lahey Clinic in Burlington, MA. I always had doubts about my career choice, and four months after my first maternity leave I decided to quit my residency halfway through and become a stay-at-home mom to my six-month-old daughter.

With a perfect, sleepy baby at home, I finally had time to write. I began to frantically churn out the rough draft of a novel. Life was perfect… except for the fact that I was disconnected from any community.

First, through playdates and church events, I began to form connections with those around me, mainly through my daughter. I decided to step out of my comfort zone and make friends with anyone I met most of those people women, and most of those, moms. In less than four years I found myself transformed from an invisible radiology resident in a dark reading room to an eye-catching mother of four (a son and a pair of twin boys followed my daughter). As it is fairly rare these days to raise four children in a small city house, I became rather well known at the local park and around the neighborhood.

Back in junior high, my best friend gave me a huge basket full of pencils, legal pads, journals and books on “how to write”. It remains one of the best presents I have ever received. Like sometimes happens with dreams, writing was pushed to the side for many years. Today though, I am happy to announce the launch of my own website where I can write and encourage community bonding through avenues like a book club.

Overall, has it been relatively smooth? If not, what were some of the struggles along the way?
The road has not been smooth! What with the ever shifting daily schedules and needs of moms with young children, it was hard to foster friendships. I spent years seeing plans fall through due to illness or unexpected schedule changes. I wanted a way to sustain friendships and decided to follow my personal interests, like reading. The first two mommy book clubs I started, however, one in the neighborhood and one at church, both fizzled after a few months, so when my friend Corinne Foster suggested we start a book club in our neighborhood, I was hesitant. Still, I reasoned that perhaps with a partner we could at least meet the two of us, and that sounded worthwhile to me! We invited fourteen people to our initial meeting two years ago, and through continual outreach, this summer I discovered we had accrued a mailing list of sixty-four. Now, that list has been paired down to try to focus on those who truly want to continue to read with us, but it has been wonderful to reflect on where we have been during that time.

what should we know about your business? What do you guys do best? What sets you apart from the competition?
Our book club has been a starting point for diving deeper into the sensitive issues of our community and of our time. We have discussed topics like racism, women’s empowerment, and Native American history. We have promoted local writers. We have read responsively and asked what we can do next regarding the issues.

At our first meeting, we discussed Homegoing by Yaa Gyasi, a fictional tale of two sisters from Ghana, one who is exported as a slave and the other who remains in Africa. From that auspicious beginning, we went on to dive deeper into issues that matter in our community. We learned from the writings and presentations of local writers like Debby Irving’s Waking up White and Finding Myself in the Story of Race where we shared vulnerably our personal histories with racial issues. We helped promote neighbor Suzanne Bouffard’s The Most Important Year at a branch of the public library, and I later hosted a gathering of educators and city officials in an attempt to advance her work to highlight the importance of universal pre-kindergarten. Through discussions of Sherman Alexie’s You Don’t Have to Say You Love Me and Caroline Fraser’s Prairie Fires, we were able to educate ourselves on important issues in our country’s history and views toward Native Americans as we heard firsthand from a book club member with a Native American background, as well as from a local children’s librarian who could update us on the motion to remove Laura Ingalls Wilder’s name from a medal that had been previously bestowed in her honor, in an effort to be more sensitive to issues of social justice.

In Min Jin Lee’s Pachinko, we wrestled with learning about a contemporary history and culture that has jarring implications on human nature and current events. In Sarah Moss’s Signs for Lost Children, we reflected on the idea of the woman as a type of foreigner in her society and in Naomi Alderman’s The Power we were able to evaluate the role of women in society and the corruption of power in any human being. In Emily St. John Mandel’s Station Eleven we discussed what we value most in the world and through extrapolation to other examples of speculative fiction, pontificated about the future of our environment.

Sometimes, we have kicked back with a beach read. Sometimes, we just get together for a social night. And along the way, we have learned to lean on each other. Our email list has fostered opportunities to share belongings with each other, such as a family lawyer seeking needed goods to help her clients. We have also helped local ventures, such as a local writer hosting a writing workshop. To a new local coffee shop, we provided feedback on how the ambiance and menu could be more family-friendly. We have been a platform to announce fundraisers and other community events.

What sets me apart? When I hear someone ask a question, I immediately follow up. I have learned to seek the answer or to seek the person who may know the answer. I would never have developed that gumption if it weren’t for my daughter pressing me to go for it. First, for her sake and later for the sake of those around me, I repeatedly throw my voice in the ring.

Do you have a lesson or advice you’d like to share with young women just starting out?
Follow your abilities. Stoke your passions. Remember that your paycheck doesn’t define you. Your worth is innate and your joy and satisfaction stem from what you create and share with others. 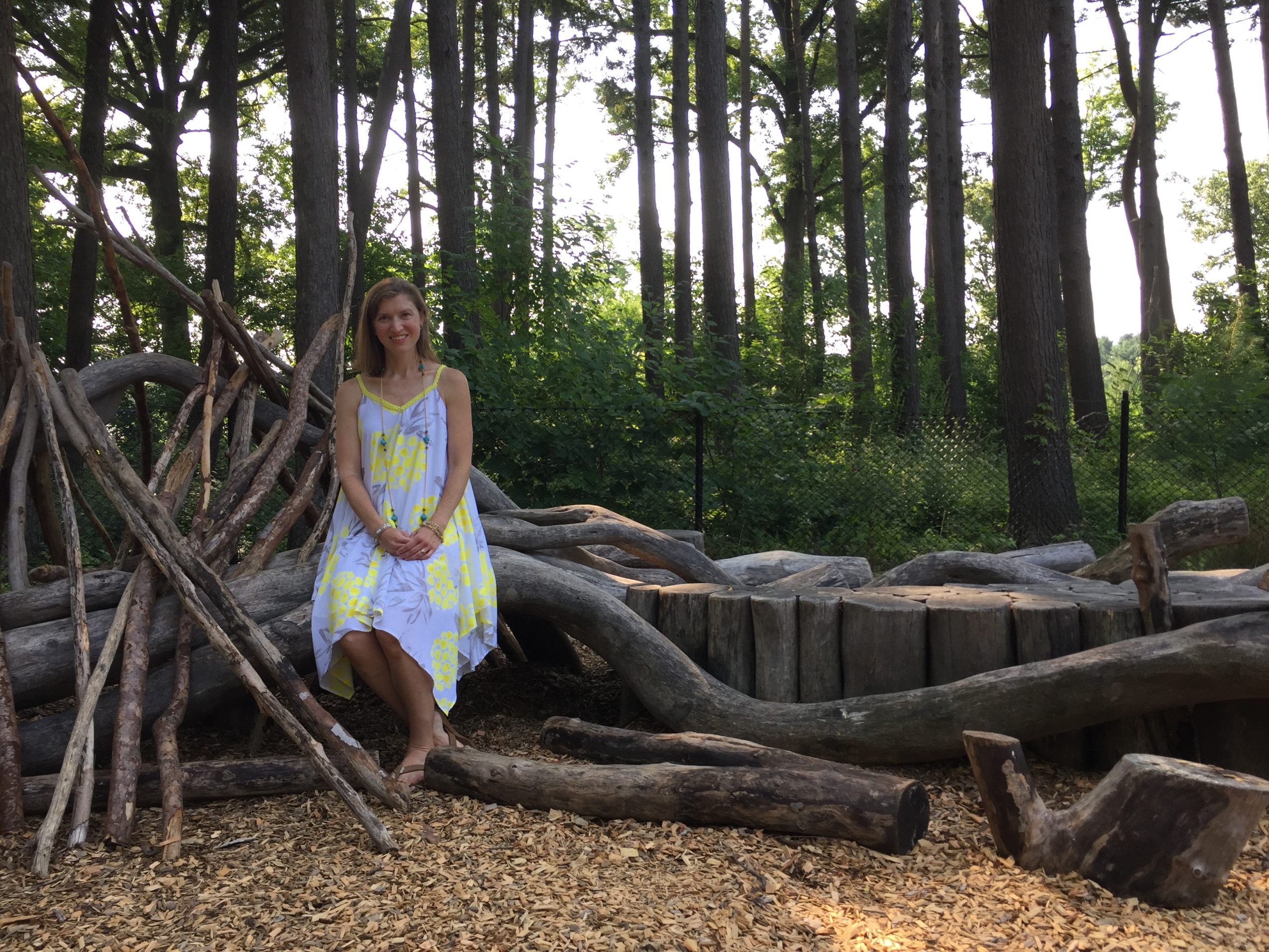 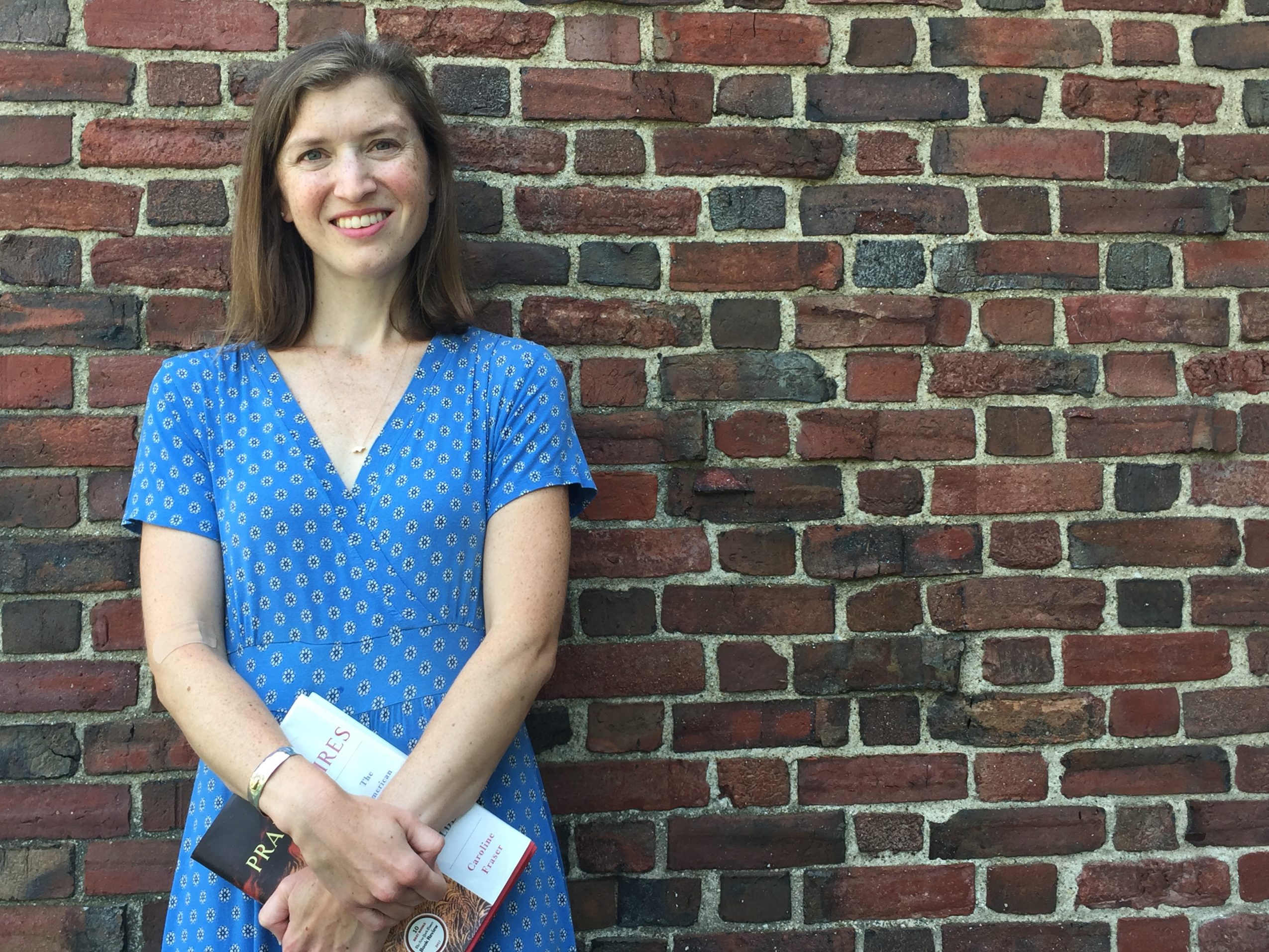 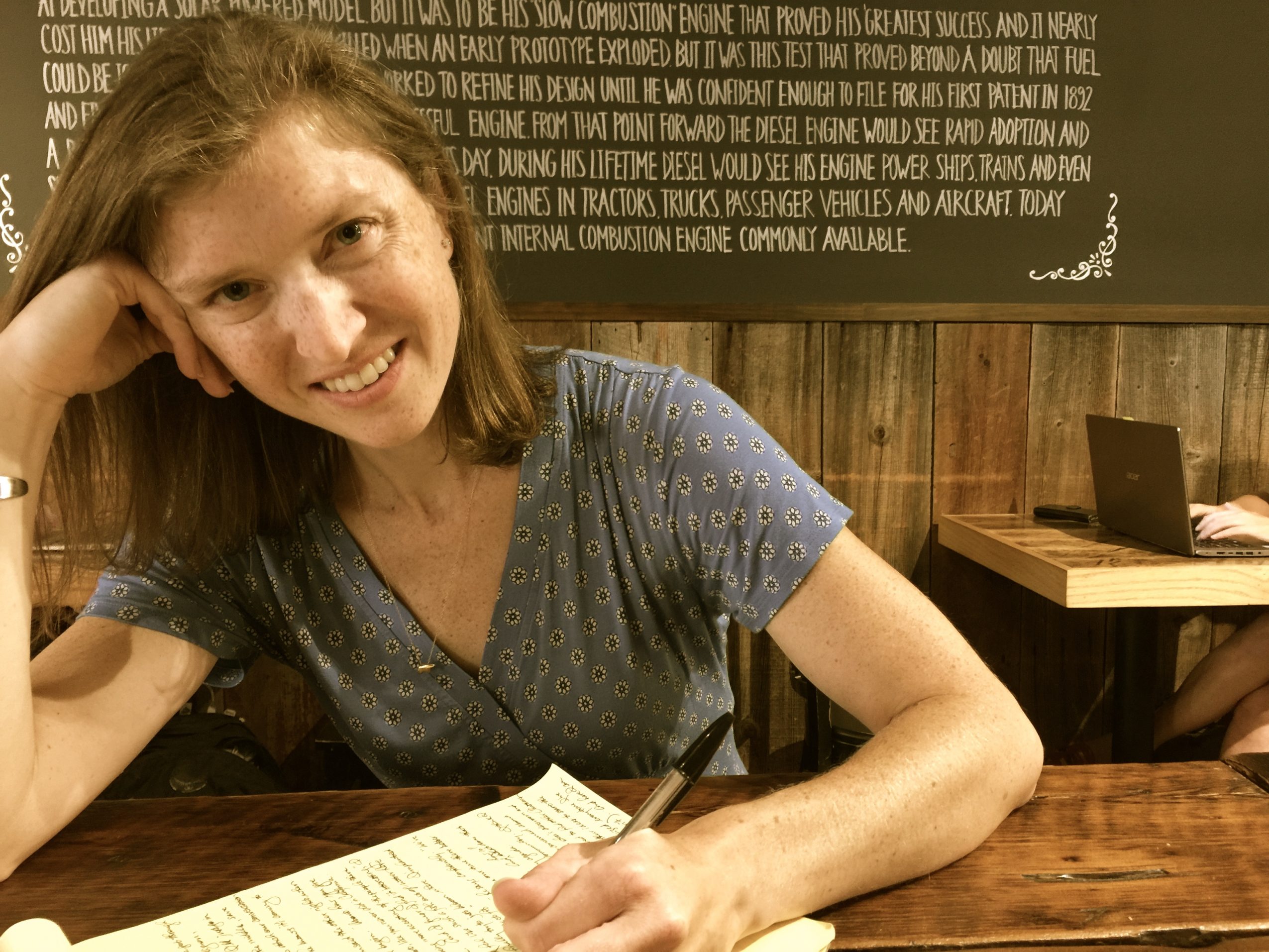 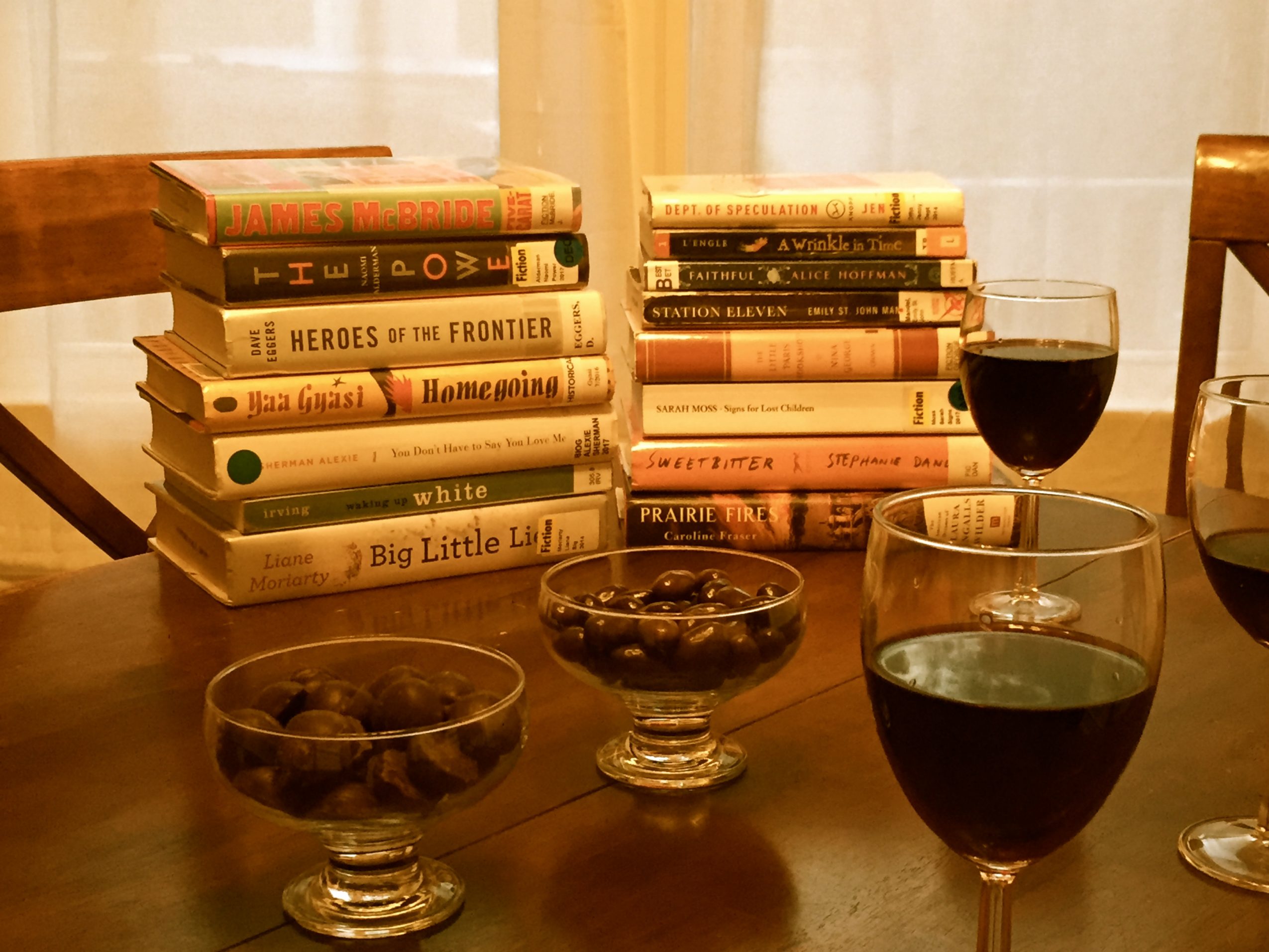