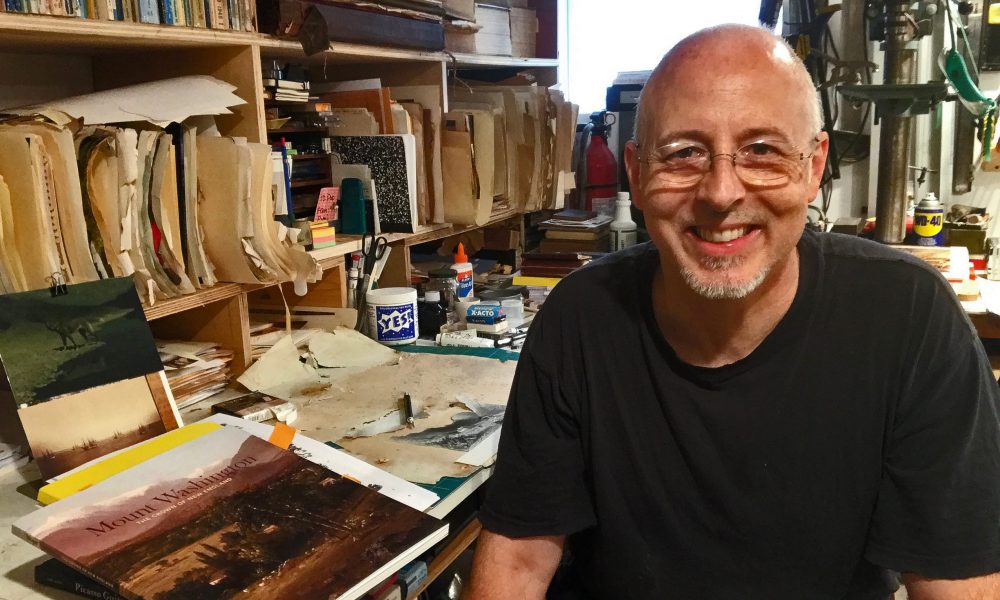 Today we’d like to introduce you to Todd Bartel.

Todd, please kick things off for us by telling us about yourself and your journey so far.
I grew up in a house filled with creativity, art, and music. My mother, Theresa Bartel, was a painter, a jewelry designer, and a plush toy designer. She designed the first Curious George doll, the first blue jeans dolls and the full line of plush toys and plastic figurines for the NFL. My father, Henry Bartel, was a radio announcer at NBC in the late 1960s. (I grew up in one of the last generations to “watch” the radio during a program’s airing.) I knew I wanted to study painting and to teach art by the time I was a sophomore in high school—largely because of my family background and because I had studied still life painting with Charlie Nevad, a private instructor, for six years prior to going to art school. On the first day of my first class in RISD’s freshman foundation program, Hardu Keck gave as the first assignment which was a collage making project using magazine cutouts and he challenged us to develop imagery by “working with a quote” found in Comte de Lautréamont’s 1869 “Les Chants de Maldoror.” This specific quote was made famous by André Breton as the informal definition of surrealism: “as beautiful as the chance encounter of a sewing machine and an umbrella on an operating table.” That assignment was my first introduction to collage, which I immediately fell in love with. Keck asked for five collages and I made over 40 that first week. During my junior year in the painting department, I started adding collage elements into my paintings and I began my first serious collage series. While at RISD I developed a deep appreciation for issues of abstraction, process and associative problem-solving studying with professors Alfred DeCredico and Jack Massey. I completed my BFA in Rome during my entire senior year at RISD’s European Honors Program and that experience galvanized a deep appreciation for history and antiquity within my work.

During my MFA work at Carnegie Mellon University in the late 1980s, I focused on concept and symbolism and since earning my degrees, I actively push at collage possibilities and have expanded my approach to include sculpture, installation art, digital art, and an insatiable interest in any possibility of combined media.

Can you give our readers some background on your art?
What do I make and how do I make it? I make drawings, paintings, collages and sculptures that always use a composite process, connectively exploring history and the present time. Since 1988, I have been studying the relationship between “collage” and “landscape” and these two aspects of my research inform everything I make. My first mature body of work that consciously coupled these interests was a series of boxed constructions entitled “Terra Reverentia,” which borrowed imagery from Medieval and Renaissance land depiction. The paintings I made for each box construction included an appropriated landscape in which I removed the buildings and people, but otherwise made true copies of works by artists such as Giotto, Giovanni di Paolo, Sasetta, Lorenzetti, and others—depictions of land before Europeans had coined the word “landscape.” I also initiated the “Garden Study” series—a series of drawings over Ovid’s “Metamorphosis”—which explores the history of land depiction but includes examples of depicted land throughout human history including Chinese landscape painting through to the Hudson River School but they are all small and marginalized.

In 1995, while creating those first two bodies of work, I proposed the word “landview” to assist the dialog about land use, natural resources, and the changing climate. I always thought it was a strange idea to advocate for land by using the word “landscape”—a word that at its root definition promotes “cutting, hacking and creation.” I proposed to counter the word “landscape” with a new word that does not conjure ideas of land rearrangement and instead promotes “viewing,” “re-looking” and “respecting” land. It makes better sense to promote ecology with a word that has such an etymology.

In the late 1990s and early 2000s, I began a series of works I call “Synterials,” which involve the synthesis of multiple technologies along with a conceptual “frame” that echoes the content of a collage that is based upon particular passages of selected text. For example, I designed “a frame with a bridge to another frame” for a work entitled, “Pollination of Devonia,” which explores the relationship between the Big Bang, the flowering of the human species upon Earth, the Devonian (geological era) landscape and a Walt Witman quote: “I believe a leaf of grass is no less than the journeywork of the stars.” (see this article for a more in depth examination)

By 2004, I began vocally claiming that “the history of collage and the history of landscape are the same story.” My current series work that investigates that idea includes the “Witness Series,” the “Landscape Vernacular Series” and the “Real Landscape” series, among others.

In the “Witness Series,” I wanted to address the fact that when collage artists cut up papers, magazines, and books and use the cuttings, there is always a waste byproduct. Collage artists typically use the positive forms of the objects they cut out. Sometimes, we use the negative space that surrounds the removed objects. And sometimes we use both parts in the same work or different works separated by different completion dates. Even still, I noticed that over the years there are a lot of scraps that don’t get used right away and the deeper I went into my art practice that looks at ecology, landview and sustainability I thought I needed to address my own collage waste. So, I imagined a series of work with zero waste. The idea came to me that if paper and wood furniture come from trees, then a cutout shape of a table from a landscape exchanged with the landscape in the shape of a table silhouette could be mutually exchanged without a waste byproduct because exchanging the same exact shape between two different sources outfits each other. Regarding the “Witness Series,” the overall process yields two separate collages that initially appear unsuitable to be near one another—until it is realized the exchanged parts came from each other. I always show both parts together as unexpected diptychs.

The “Witness Series”—”witness,” because the tree sees itself in the objects people fashion out of its flesh—insipred me to pioneer the puzzle-piece collage method: a collage technology in which I cut the same exact profile of a shape simultaneously out of two or more pieces of paper. Having the exact fit allows me to exchange the positive and negative parts between two or more independent pieces of paper with an exact fit for all pieces. Puzzle-piece collages are taped from behind so that the pieces won’t fall apart—a collage process that uses tape instead of glue. All of the collages I have made since 2002 utilize the puzzle-piece collage method.

In the “Real Landscape” series I cut parts of other artist’s landscapes from several printed images of landscapes and remix them in order to construct a “cut,” “hacked” and recombined view of land. The word “land” means “parcel of territory” and so the “Real Landscapes” are created with parcels of other artists’ land depictions. In my “Landscape Vernacular” series, I always incorporate a definition of a word related to landscape history, such as “land,” “sublime,” “deforestation,” “glacier,” and “iceberg.” In this series, I specifically use the puzzle-piece fit method because the series addresses the myriad forces that have come to bear on the ways contemporary cultures treat land and there are a lot of parts to that puzzle.

Why do I make what I make? For me, there is always an undercurrent to everything I create. Ultimately, I am interested in self-governance and the potentials of personal transformation. I love collage because it is boundless. My students always hear me say: “Ever since the Big Bang, it’s all collage!” “The question is not whether or not something is collage, the question is what are you going to do with collage?” Collage, even before it was a fine art activity—thanks to George Braque and Pablo Picasso in 1912—has always been about repurposing an extant thing. It has always been about the doubling of a thing as something else, while still being itself. It’s an agent of connection and possibility that balances the relationship between the individual and the community—the “I” with the “We.” Collage, then, is an alchemical process—the transformation of one thing into something else. I guess for me, the “why I make what I make” is tied to believing we humans can figure out how to live in harmony with our environs. We are so small in this vast, unfathomable universe. And yet, we are wreaking havoc on our own planet. The drive behind my art is always about a transformative possibility.

In your view, what is the biggest issue artists have to deal with?
Over the past few decades, colleges and universities have pumped artists into our culture at an unprecedented rate and it seems to be getting harder for artists to get their work seen because the increase means greater competition for available exhibition opportunities. On the other hand, social media is providing an unprecedented platform to get an artist’s work out to the viewing public. And so, I think there is a very real challenge today between virtual and analog experience. For me, it is a political choice to make things by hand in a day and age where the world is virtually in our palms. I think we are all grappling with that.

What’s the best way for someone to check out your work and provide support?
Right now, I am preparing for a would-be exhibition with the working title “Landscapes, Landviews, and Other Pulp Nonfictions.” I don’t have an actual venue lined up yet and am looking for one. In the meantime, I have a couple more pieces to complete within my “Landscape Vernacular” series before I begin reaching out to galleries, colleges, and museums. I welcome suggestions and invitations! 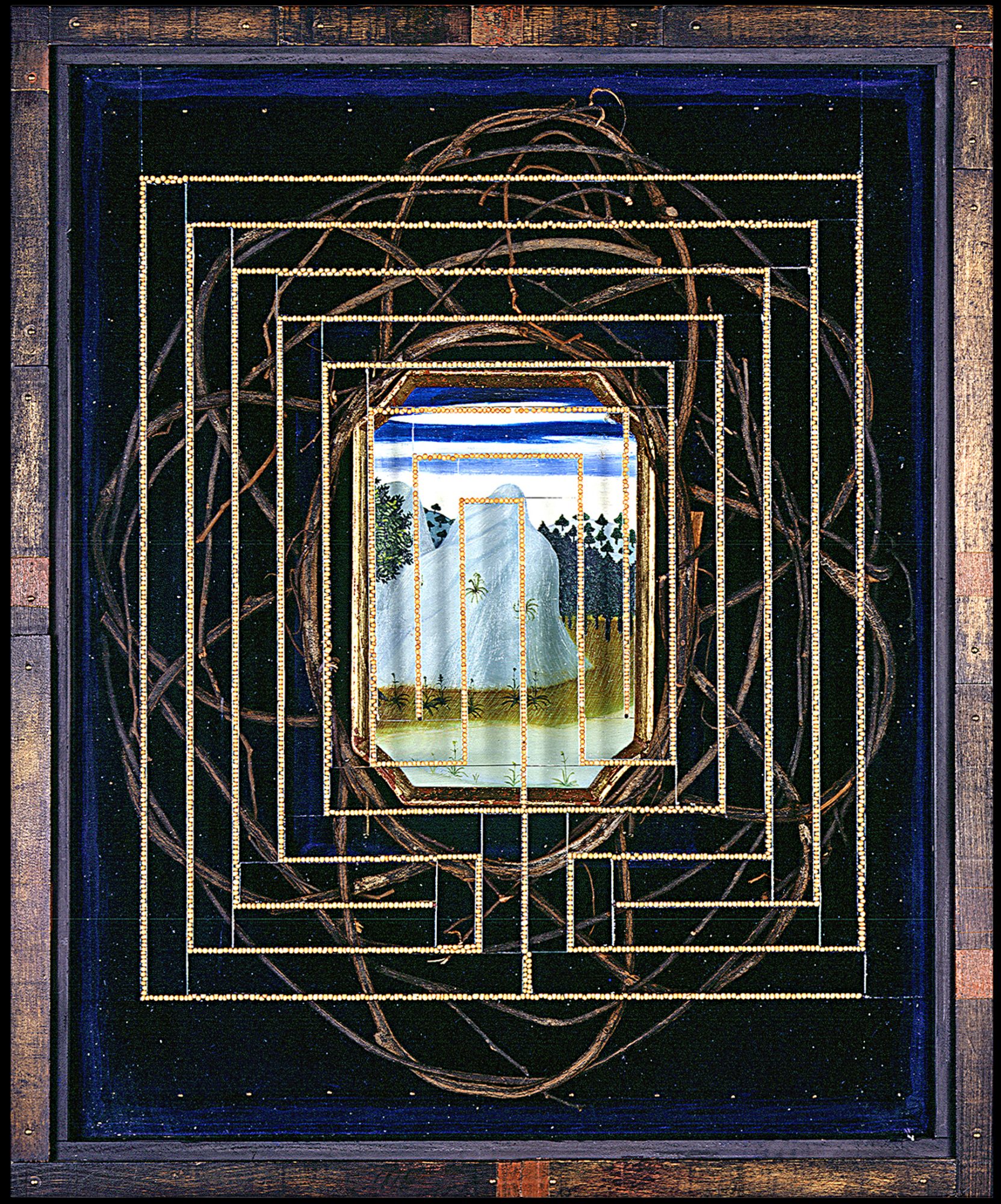 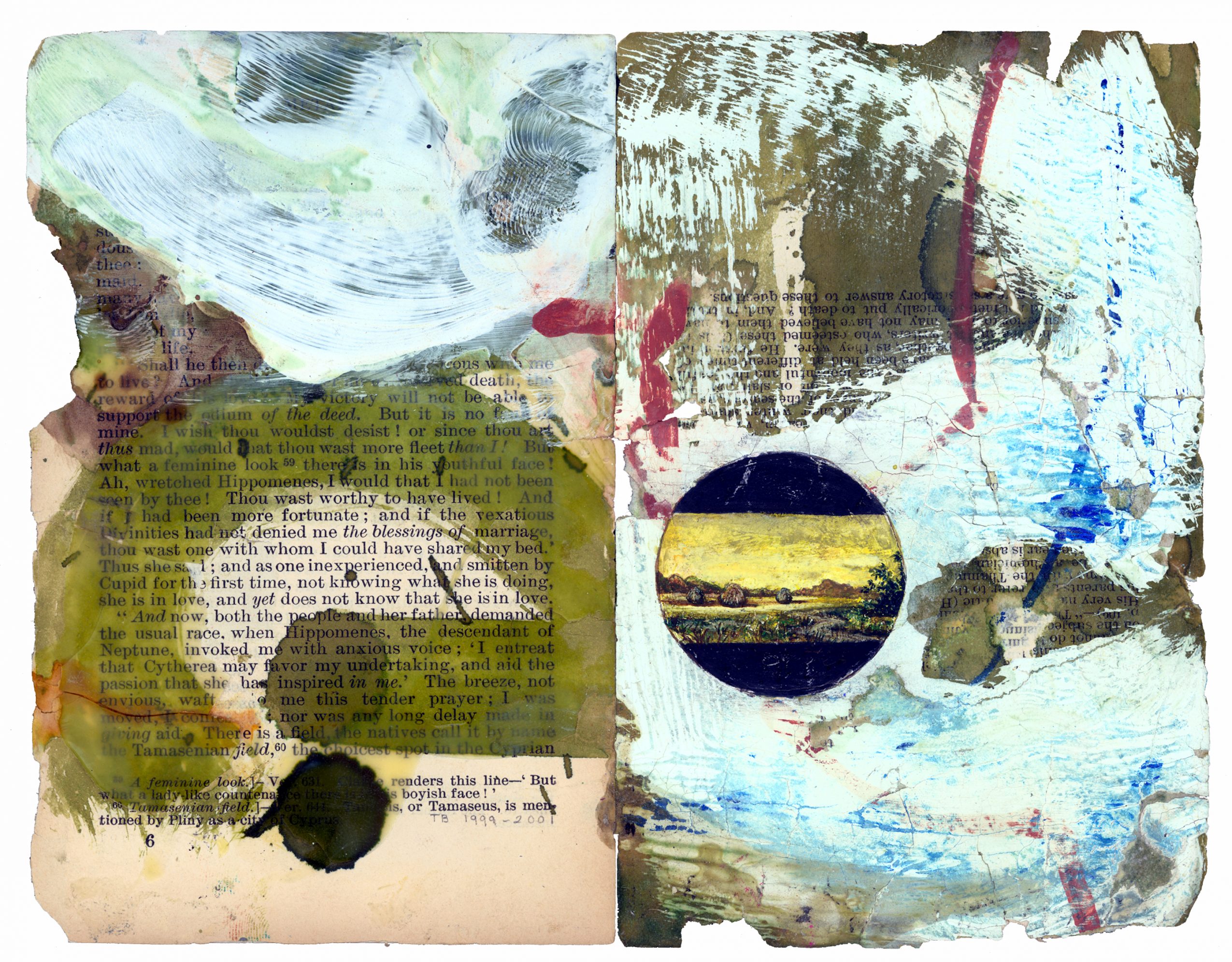 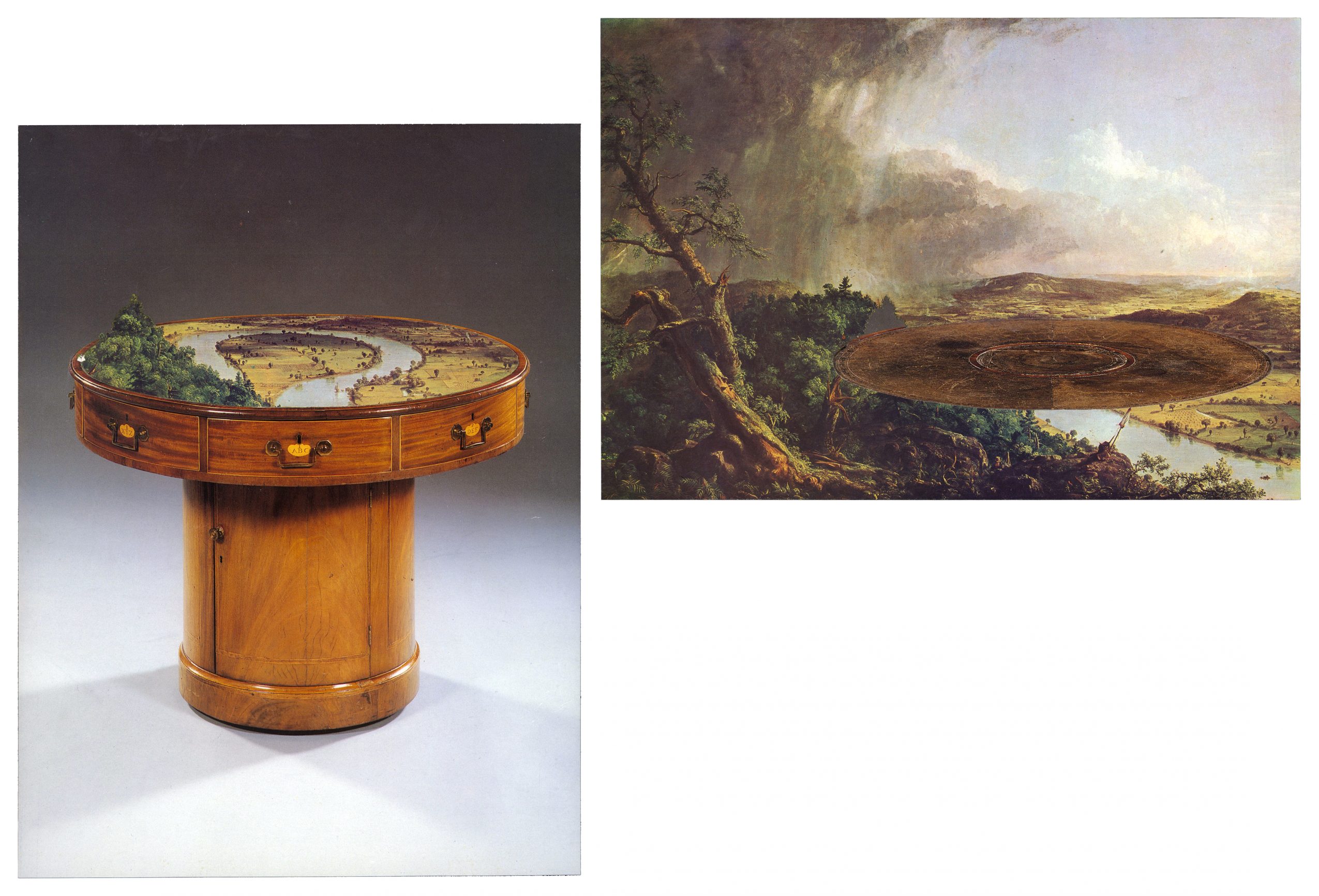 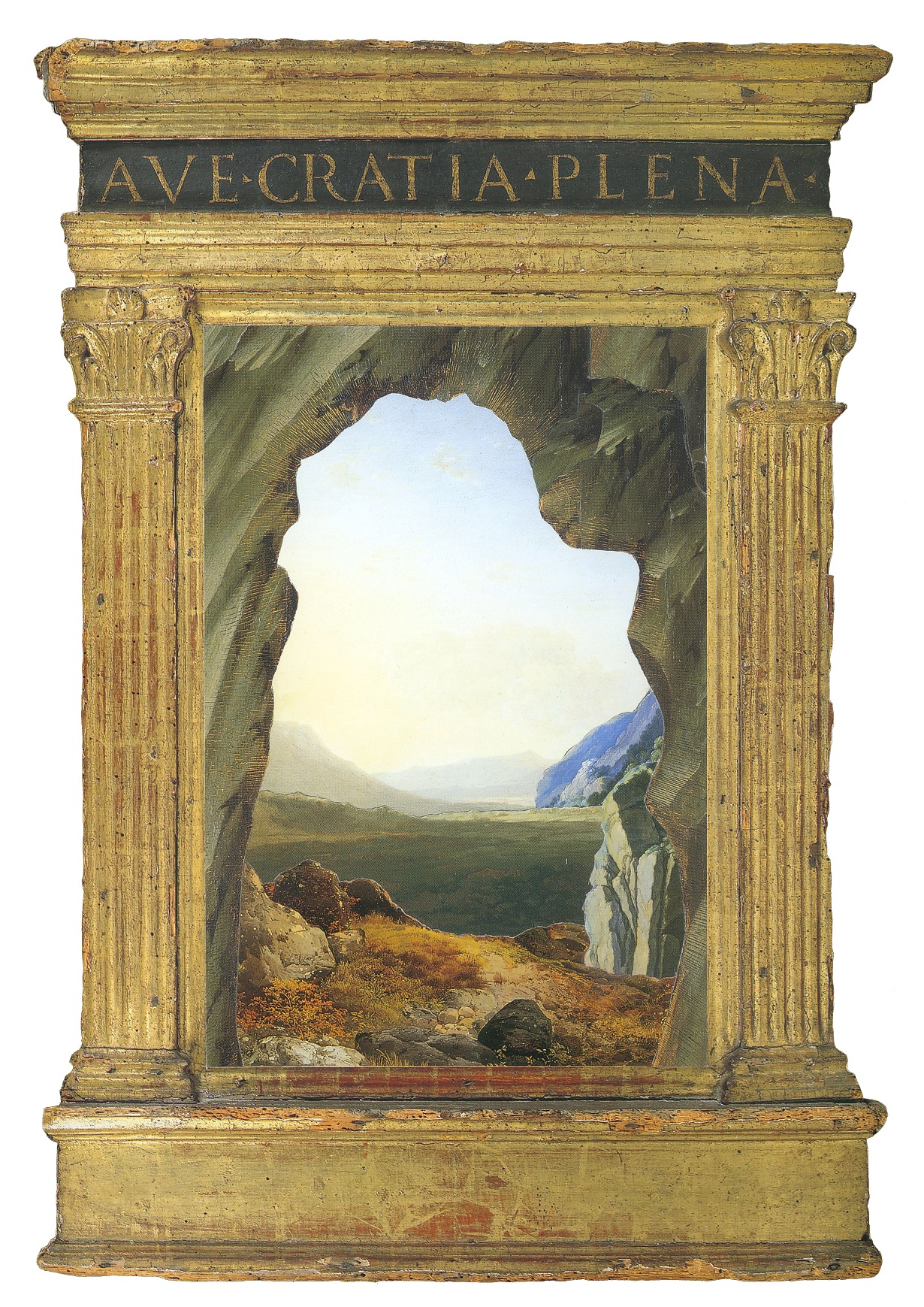 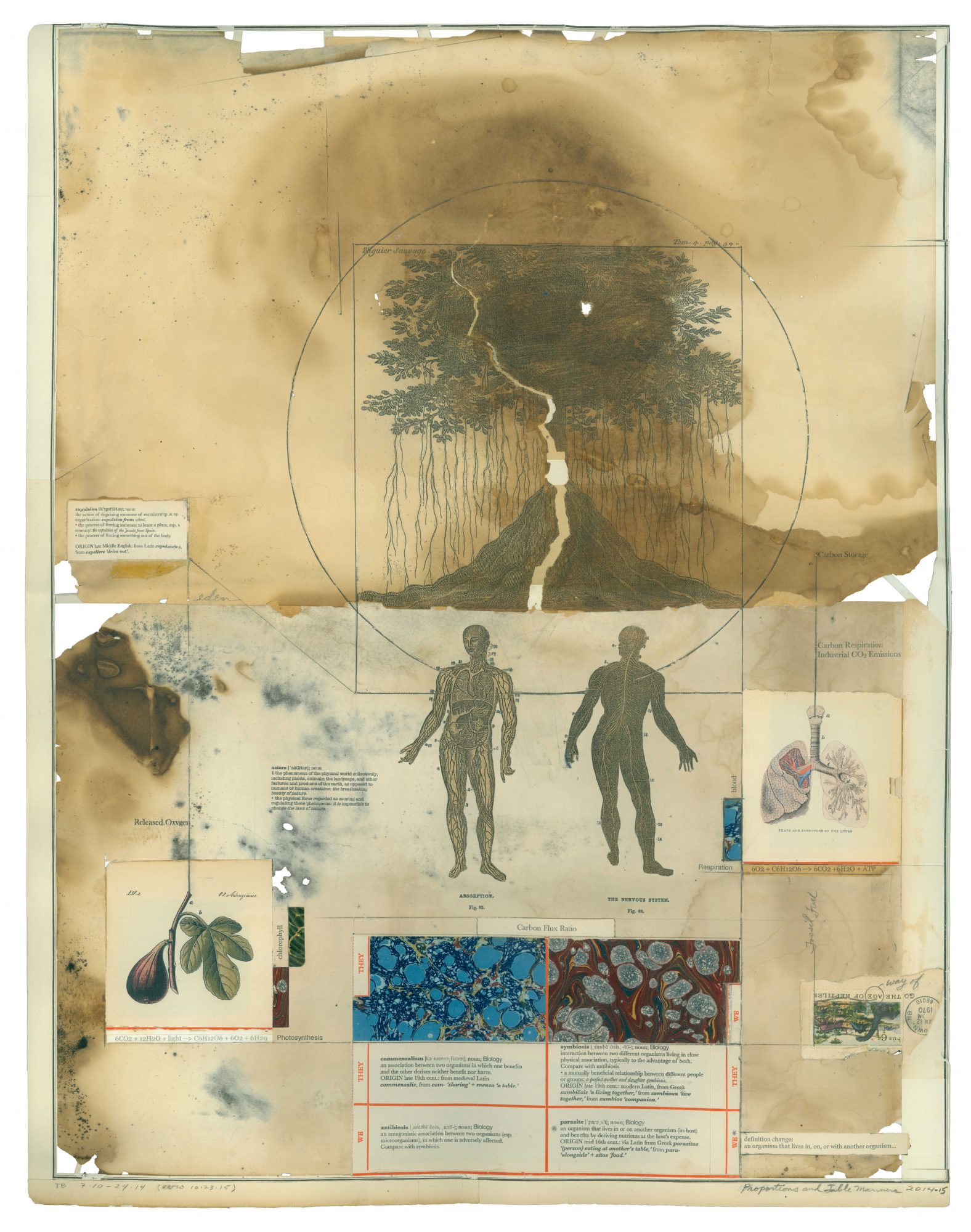 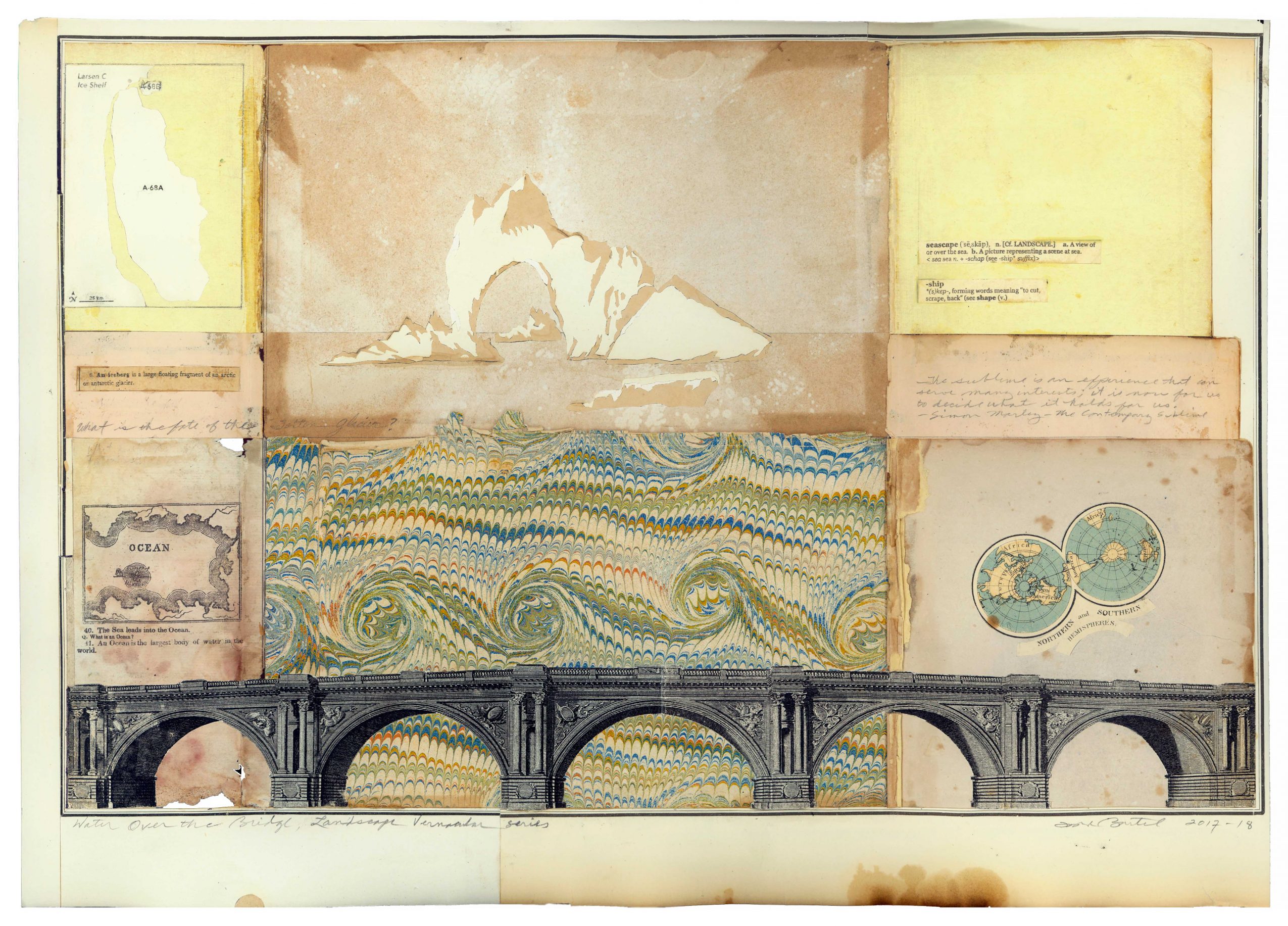