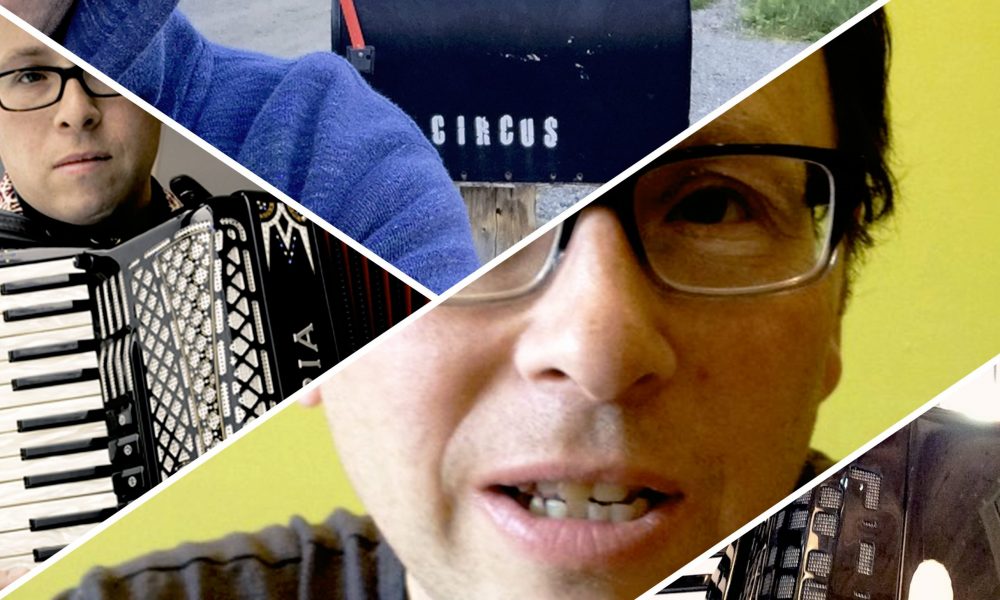 Below, you’ll find some incredible artists from in and around Back Bay, Beacon Hill & South End that we hope you will check out, follow and support. 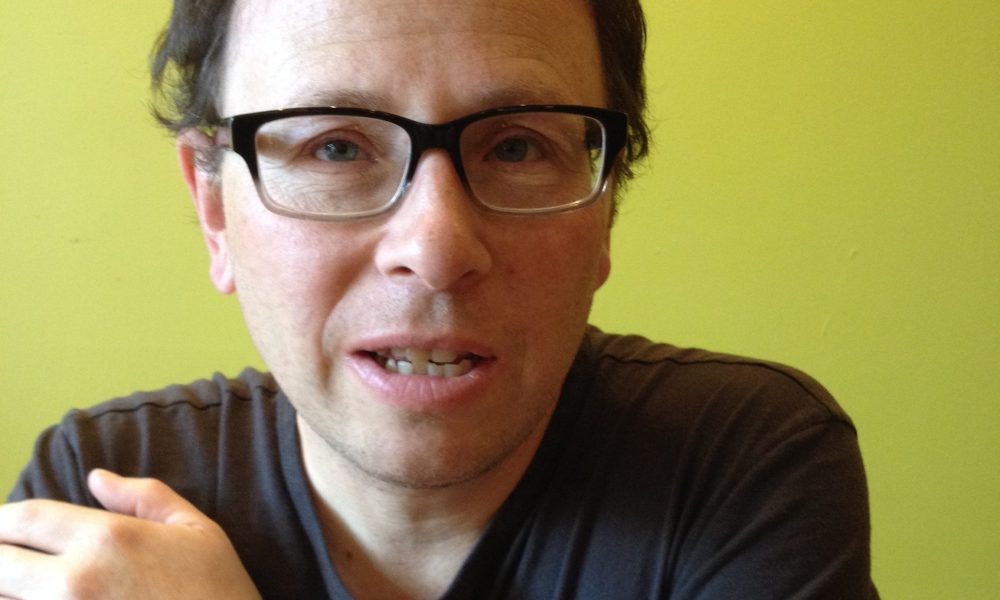 After graduation, I toured the country as a clown on that show, eventually playing in every major city in the country. Now I’m a composer which is a very different artform. I score narrative media which includes film but I’ve always stayed close to the circus, always felt I belonged there. So now I write a lot of music for circuses. Read more>> 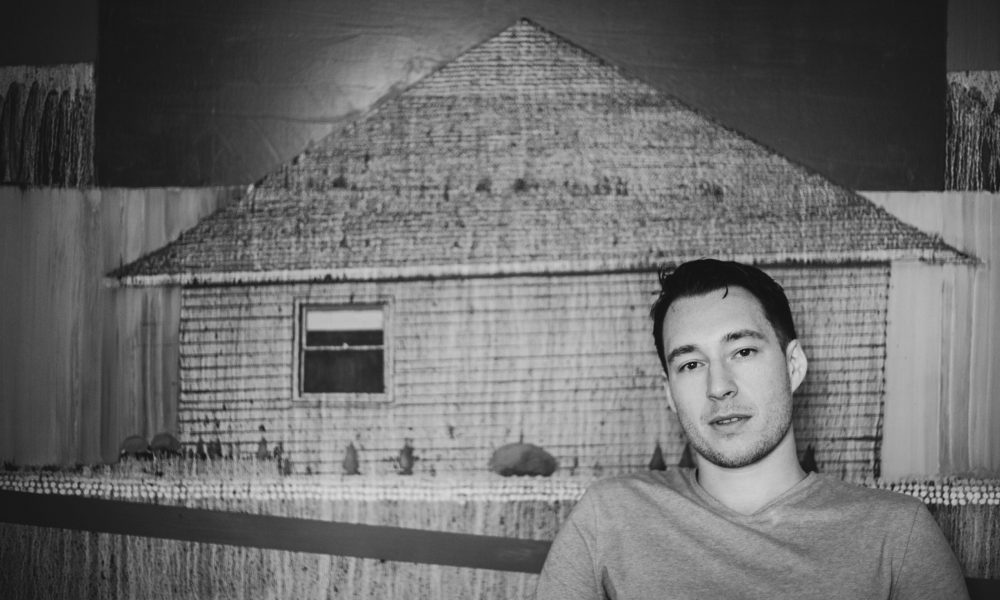 After high school, I enrolled at MassArt to study illustration, which I enjoyed. Illustration is about creating pictures that make sense in some way, that have a goal in mind. Over time, I realized that pictures didn’t have to make sense. They were also a way for me to express ideas I didn’t have the language for. In college I discovered oil painting: I became obsessed. Read more>> 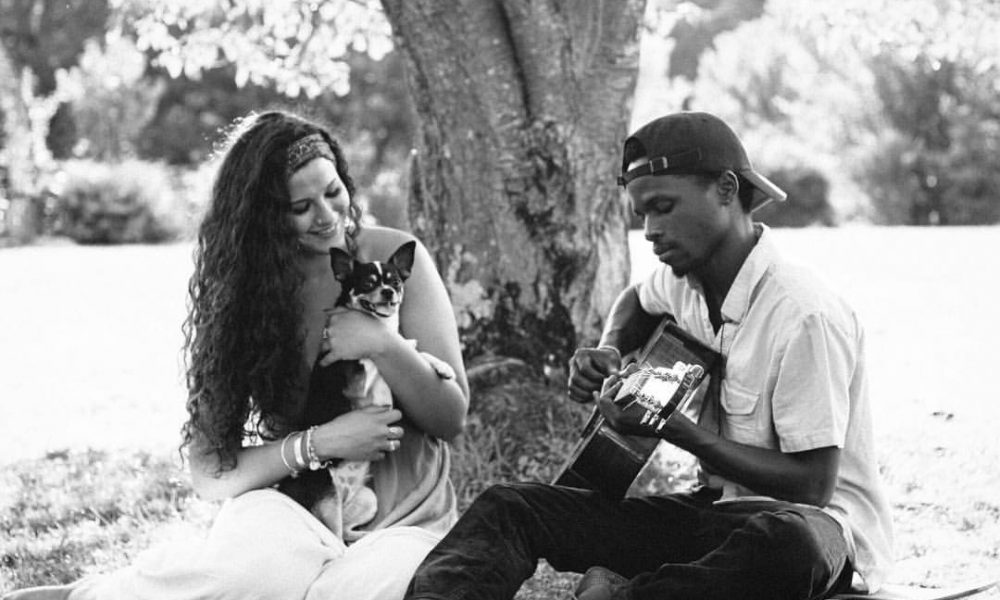 I moved to Boston as a young kid, about five years old. I am originally from Saint Louis Du Nord, Haiti. My father believed that opportunities were slim where I lived and decided to fly me out to Boston to live with him. In the process, I left my mother behind and once I arrived in Boston, I realized all the family I had, migrated here already. As a youth, I was a cartoonist. I found myself drawing a lot of anime pretty often. Read more>> 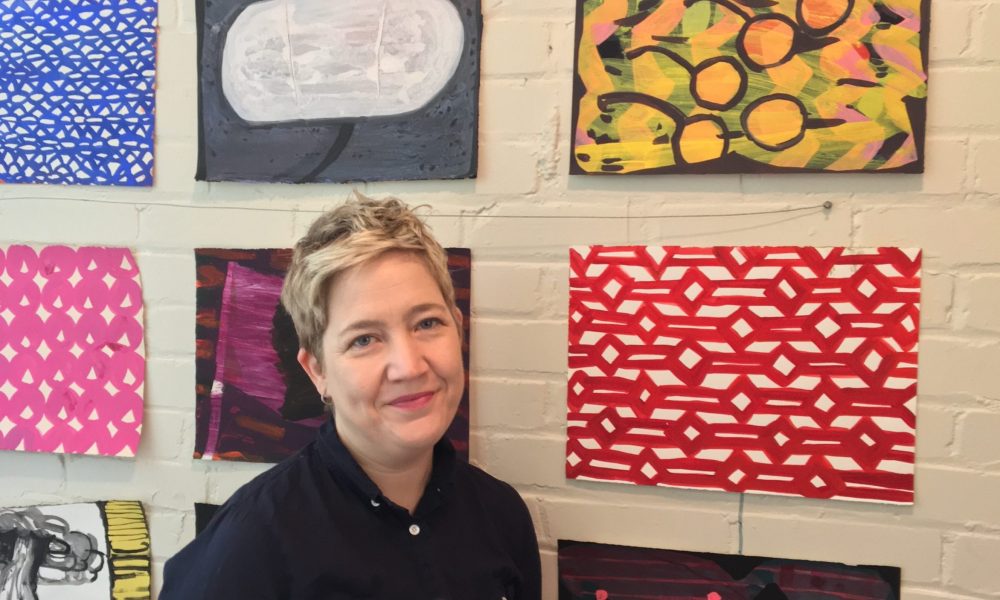 Throughout my life, I have repeatedly been told that “you don’t talk like an artist”; in 2012, I got tired of fighting it, and decided to become a curator/promoter type. I founded the HAMMER collaborative and spent the next couple of years showing the work of Ed Teach and Liza Kara. I have a love/hate relationship to painting; it was easier just to table the question for a while. In 2016, the political situation seemed to make modernism relevant again. Read more>> 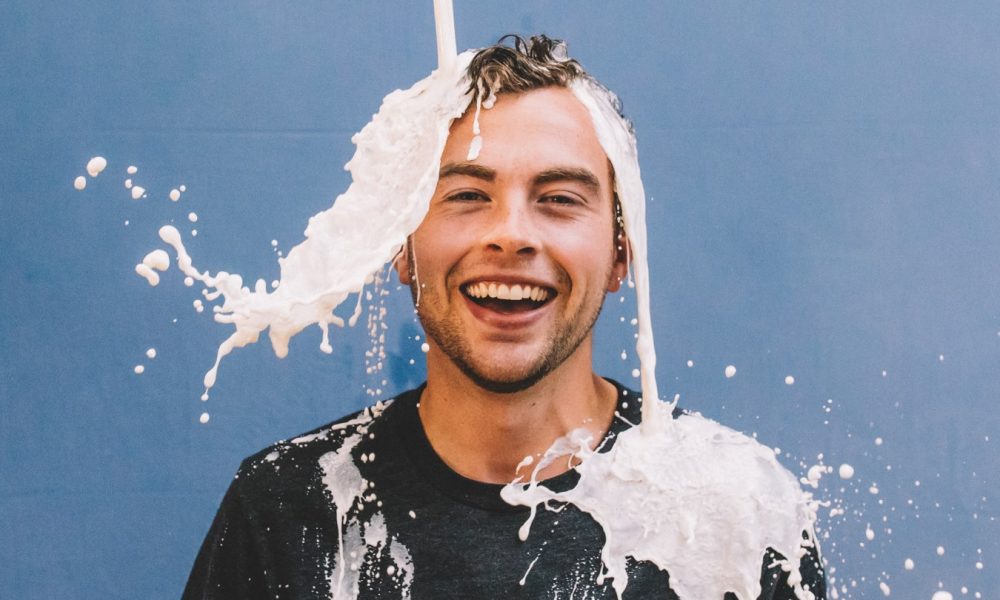 I was super lucky in that I was able to get lots of hands-on experience learning how to make videos. At the time, the local cable access channel in my town had gone through a total refresh after years of inactivity. The channel moved into a new studio space, purchased all new equipment, etc. — it was great. Myself, along with a few other folks, were really able to take the reigns and make whatever we wanted. Read more>> 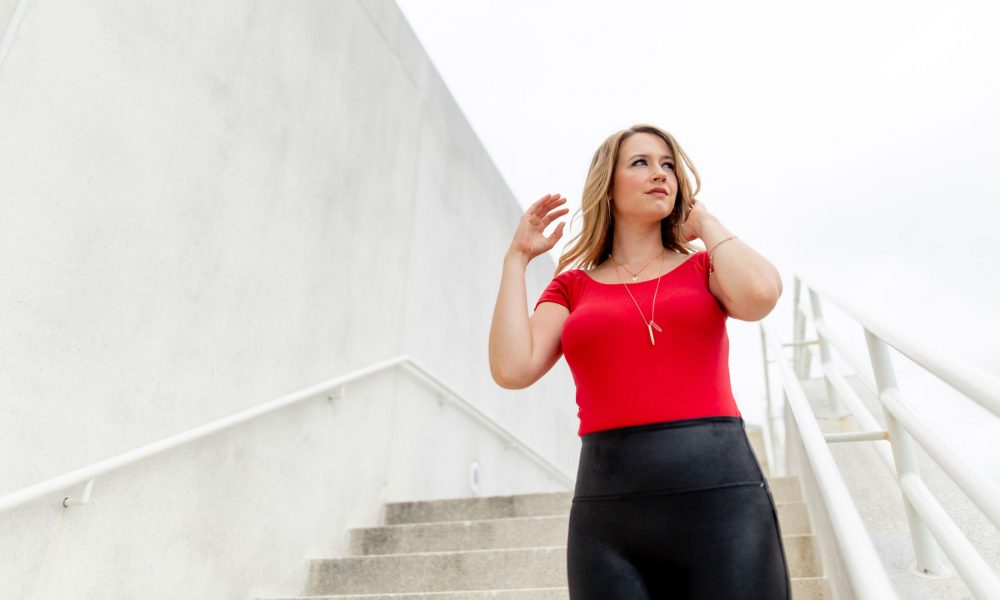 I realized I loved the rush of performing and slowly became more certain that I wanted to pursue music seriously. I knew I had to work past my stage fright and play catch up if I wanted to make music my career. I practiced, pushed myself to perform as much as I could, and was accepted to Berklee College of Music in 2011. I worked tirelessly to learn all the things I had missed by being self-taught and starting late in the game. I quickly learned that songwriting was my passion. Read more>> 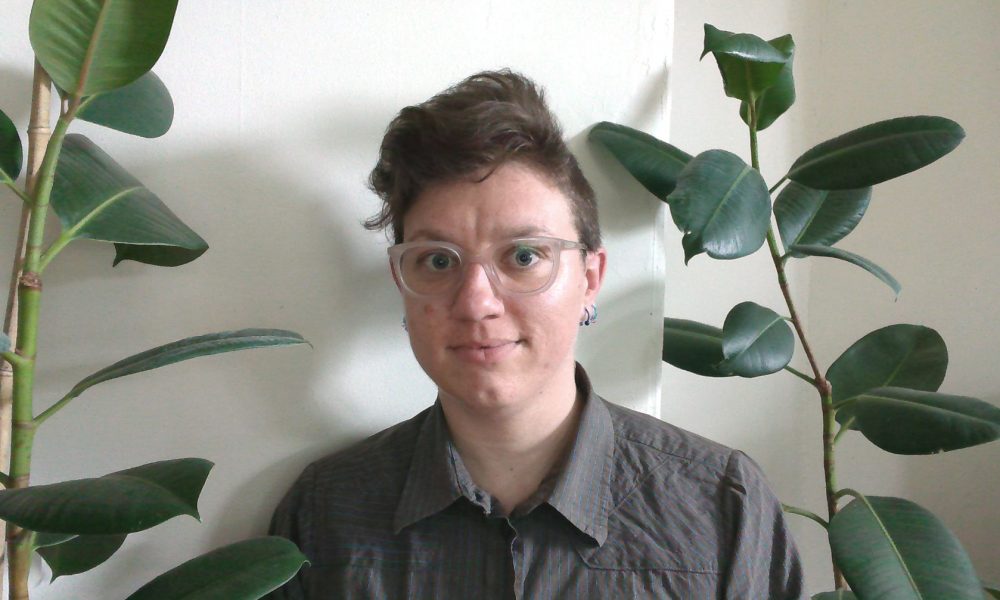 I use collage as a metaphor for the overlap of virtual and visceral parts of our daily life. I start a painting without knowing how it will end up… the discovery and challenge of the process are what I love about making art. My goal is for the viewer to discover connections across color, pattern, and space in the imagery in my work. I approach each piece like I am creating a look into a yet unknown world. Read more>> 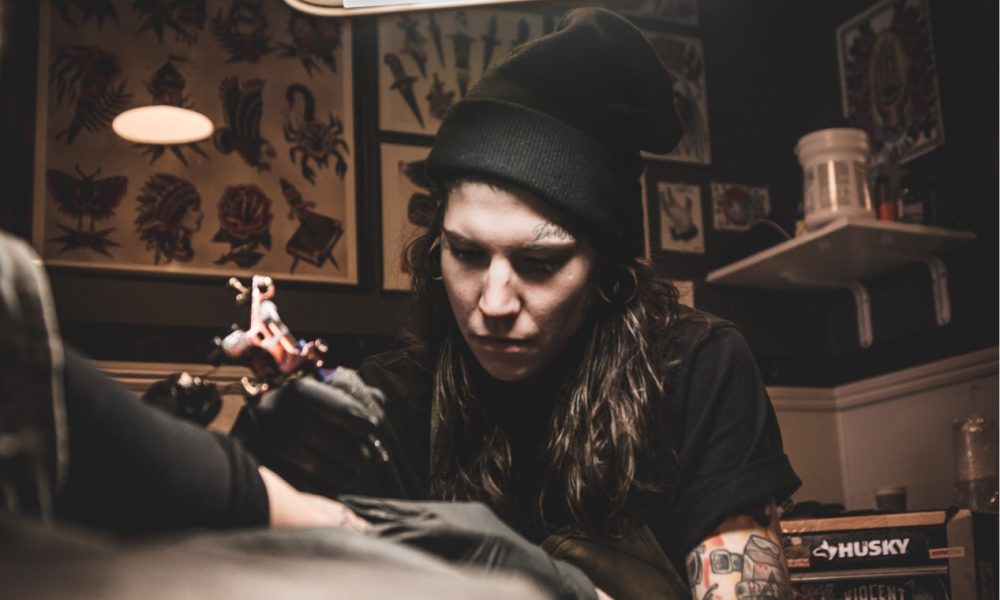 I had seen tattoos on strangers before and passers-by, my uncle had a mavin the Martian tattoo but for the most part, I wasn’t around them much as a kid. But some of my classmates had hood tats or homemade tattoos or ones they had gotten with fake IDs. I graduated young, so I wasn’t old enough to get tattoos right away like all my friends, but for a whole year waiting to turn 18, I would hang out in tattoo shops and watch my friends get tattoos. Read more>> 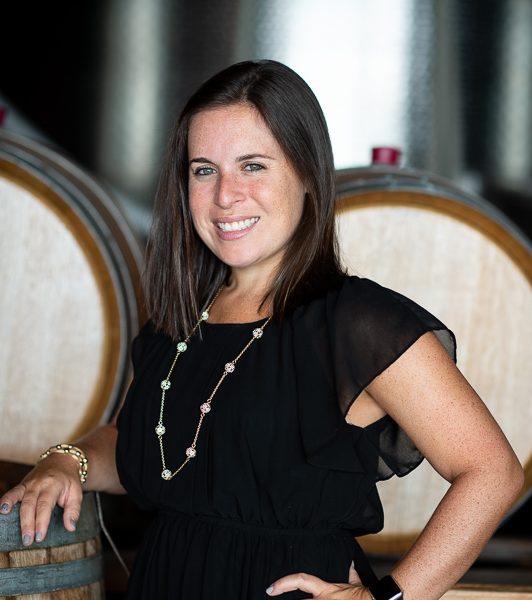 My favorite part is being able to assist the wedding couple during their wedding. After working for a catering company for a few years, I figured let me try this on my own. I decided to start my own business as an event planner. One thing I love to do is stay at the event until the end. It’s great to see the entire event unfold from start to end. Read more>> 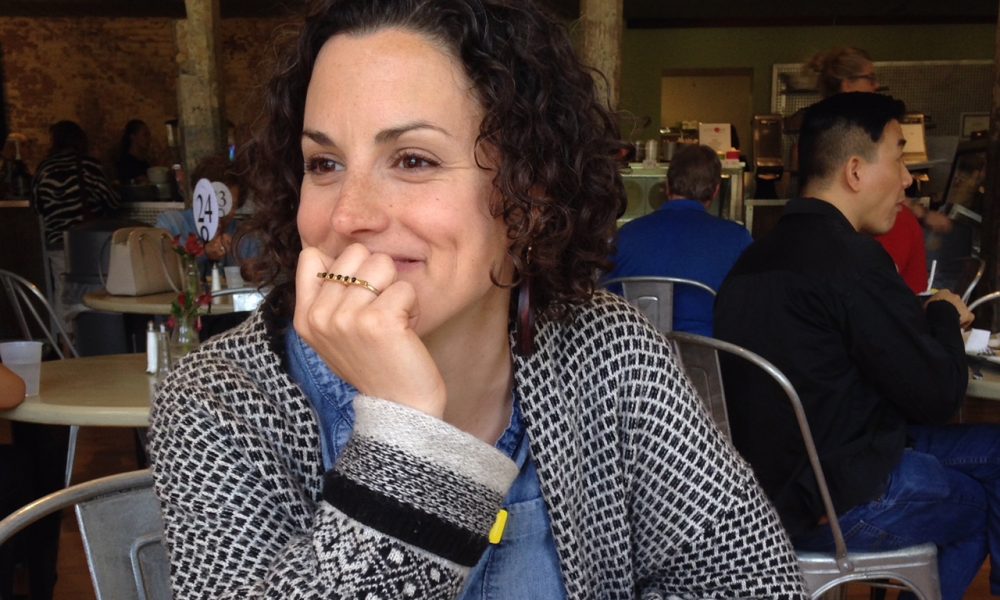 I design, install, and administer programs that foster artists’ creative processes. I am most interested in creating artist residencies embedded in compelling and rich contexts, which has recently included community art organizations, and public institutions. I grew up in Southbridge, a small town in south-central Massachusetts on the border of Connecticut. I graduated from Massachusetts College of Art and Design in 2001 with a BFA in illustration. Read more>> 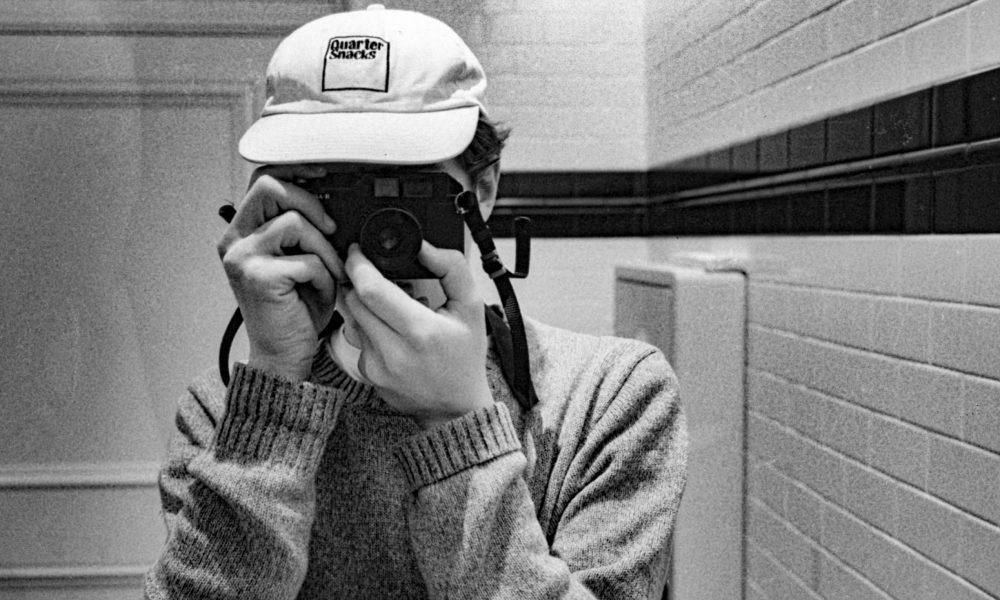 My interest in photography began accidentally when I, without much thought, enrolled in a black and white photography class sophomore year of high school. What began as no interest quickly grew to a complete love and infatuation with photography. I then knew that this is what I wanted to pursue as my future, though it took me a few years to figure out exactly how or what that meant. Read more>> 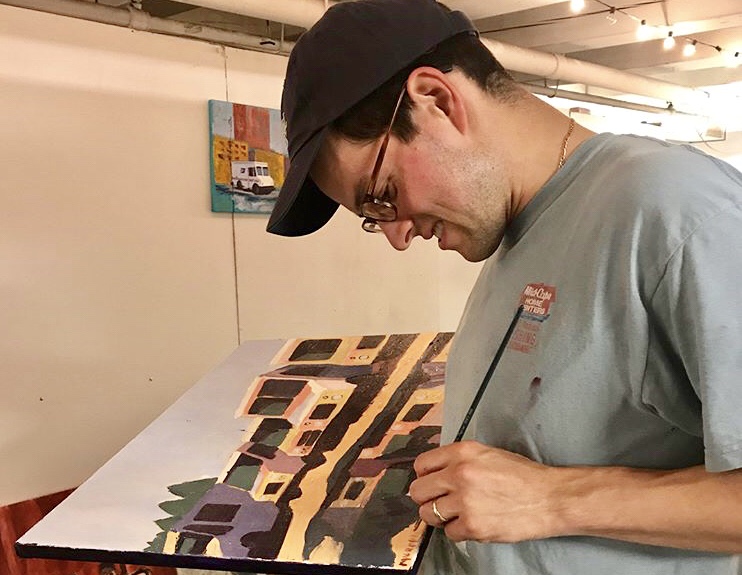 It was a Saturday afternoon in September when Tommy May came through the door. He frequented the place, but I hadn’t really met him because I was just starting to work the front counter. He commented on the artwork, so we started talking as I heated up a slice of pizza for him. “You should join our art group. Read more>>