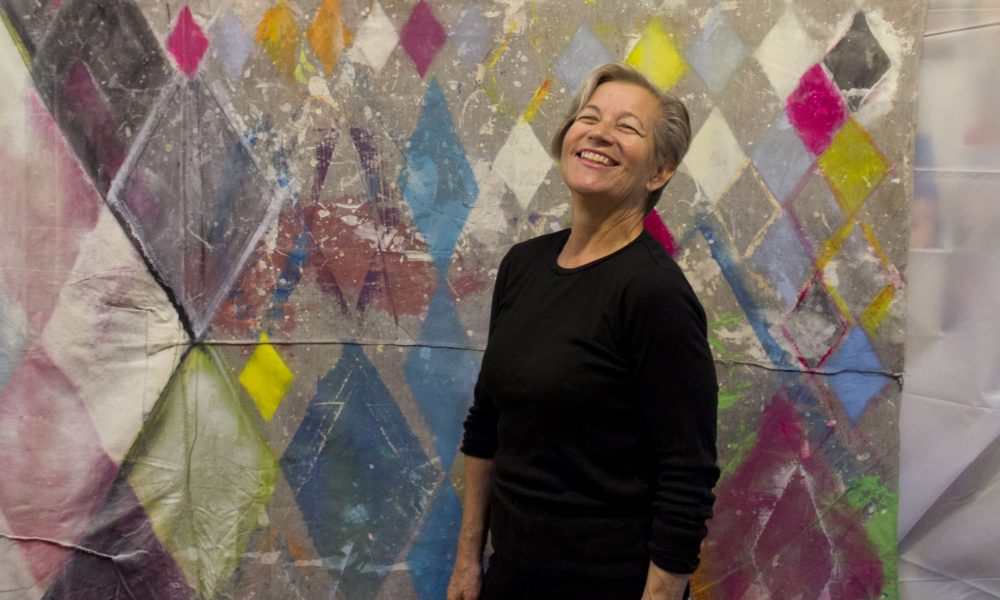 Today we’d like to introduce you to Deborah Kamy Hull.

Deborah, let’s start with your story. We’d love to hear how you got started and how the journey has been so far.
I was born and raised in Chicago, Illinois. I always liked to draw and paint and was lucky to attend Saturday classes and summer programs at the School of the Art Institute of Chicago during elementary school and high school. My BFA work was at Kansas City Art Institute in Kansas City Missouri, which included an eye-opening 8-month independent study in Spain. Taking a year off and remaining in Kansas City, I worked at a university library and applied to graduate schools and for grants. I got lucky. I received the Elizabeth T. Greenshields Memorial Grant from Montreal and was accepted into the graduate program at Boston University’s School of the Arts. I had the privilege of studying painting with Jim Weeks and Philip Guston. In 1978 after receiving my MFA, I found a live/work studio sublet on Thayer Street (now SOWA). This was the turning point of my life in Boston. (My boyfriend and later husband, the artist Jeff Hull, lived and eventually worked there too.) There was a large community of artists and musicians. Bands rehearsed and played all night on the weekends. We would visit each other’s studios, sharing ideas. The scene was vibrant. At that time lofts, downtown and in the South End were cheap and the spaces were empty. Landlords looked the other way about live-ins. As property changed hands, and blocks between Washington and Albany Streets more valuable, artists were priced out of these spaces. My husband helped others organize to try to remain and we attended many meetings at Boston City Hall. Some artist lives/workspace properties eventually were developed and remain today. Being a 2-artist family of five our path diverged from that of our neighbors. We purchased a live/work space in a small former warehouse between Harrison and Albany Streets where I have a wonderful studio. Though our own needs were settled my late husband and I continued to advocate protecting artist live/work space in our neighborhood.

Great, so let’s dig a little deeper into the story – has it been an easy path overall and if not, what were the challenges you’ve had to overcome?
The road for artists is never smooth. In dealing with successes and failures in the studio and in the professional world bitterness and discouragement can destroy an artist and their work. Painting and drawing is who I am. If you think of it as more of a religion than a livelihood, it is easier to keep faith and hope alive. Throughout their whole career, most artists must continue to seek exhibition opportunities and funding from public and private organizations to supplement sales. In the USA, being an artist is an extremely competitive profession with not a lot of financial support. Having a side job is necessary. Mine included teacher, waitress, and administrative assistant at Harvard Medical School. One of the best jobs I had was as an illustrator for a now-defunct startup. After being laid off from a teaching job I went back to school to learn computer graphics, which led to an illustration job at a startup dedicated to creating entertainment content. It was exciting to draw and earn a paycheck and have benefits.

I feel my work was very influenced by my role as a mother and the wife of another artist. Not only in how I used my time but sometimes even my subject matter. My challenge was to balance my studio practice with motherhood, financial survival, keeping a live/work space, and the specter of my late husband’s health (he died February 6, 2017).

Getting work out there for the public to see was challenging when one was not part of the gallery/institution system. For a couple of years after grad school, I was a member of a cooperative gallery. In 1981, we were part of a group of ten artists who formed the X Group and self-produced an exhibition in the Cyclorama @ the Boston Center of the Arts. We had several shows in alternative spaces and galleries over a period of years including the Hallspace Gallery in Dorchester, MA.

Please tell us more about your work, what you are currently focused on and most proud of.
I am an abstract painter. I paint non-objectively on a variety of flat surfaces including paper and distressed drop cloths that were part of my husband’s house painting business. My vocabulary is basic geometric shapes – squares, circles, triangles, and diamonds. I cut stencils from wood, cardboard, and paper and apply the paint in patterns and layers. The conversation is about repetition, movement, and paths of color. In some paintings, there is sewing – a piecing together of fragments, patching of a rip, or an additional shape. I work small, medium, and large.

What were you like growing up? Personality wise, interest wise, etc.
I am an only child who grew up on the northwest side of Chicago. I was quiet and a bookworm, who went to ballet class at the neighborhood dance studio and liked to draw. I attended 12 years of parochial school. High school was great because I had to commute a long distance to with using the public transportation system. Going downtown to the School of the Art Institute of Chicago I would experiment with the different bus routes home, learning more of the city. I got to know kids from beyond my own neighborhood because of my commute and to wander the galleries of the Art Institute of Chicago because of the museum art classes. I think I always wanted to live in the heart of the city. 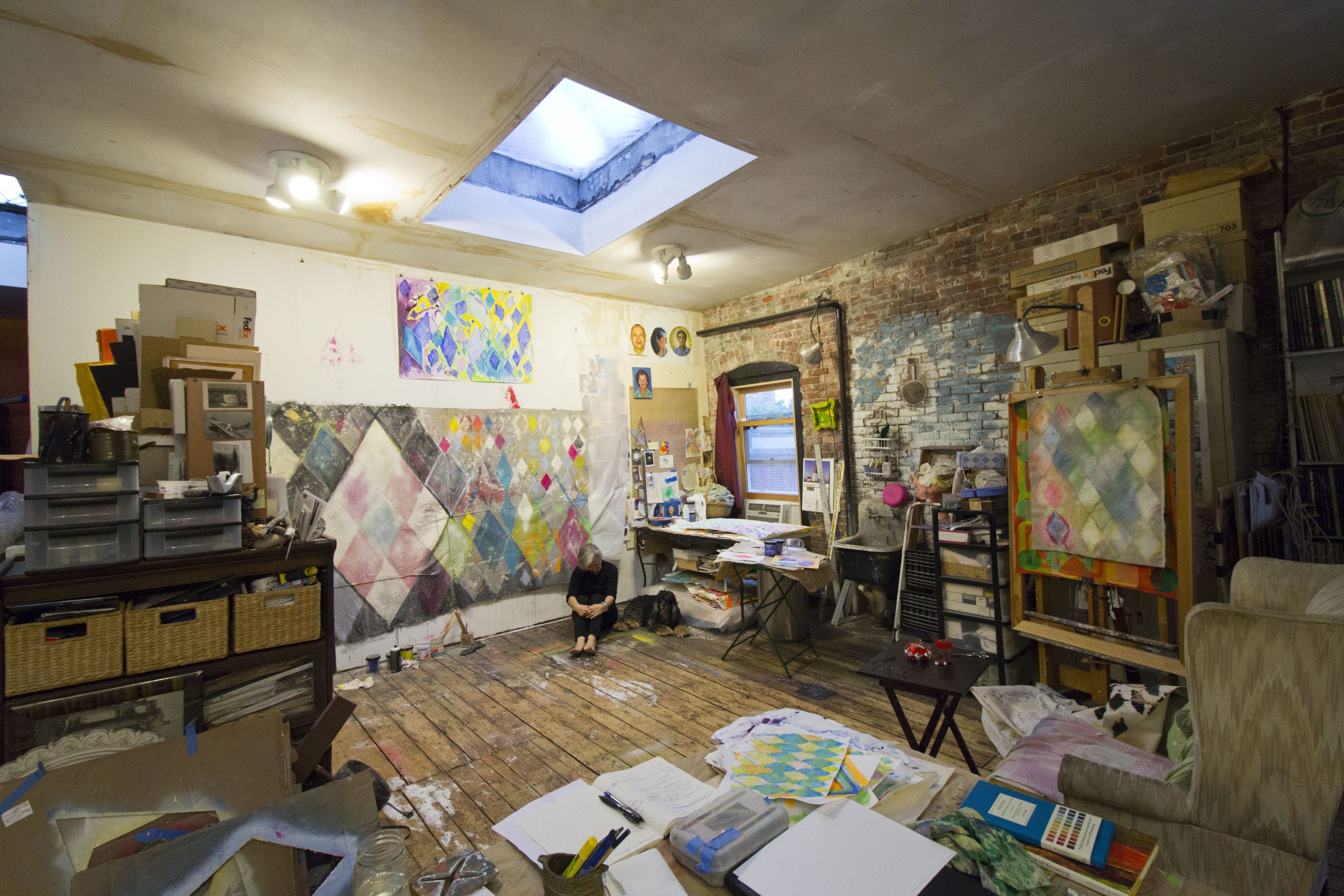 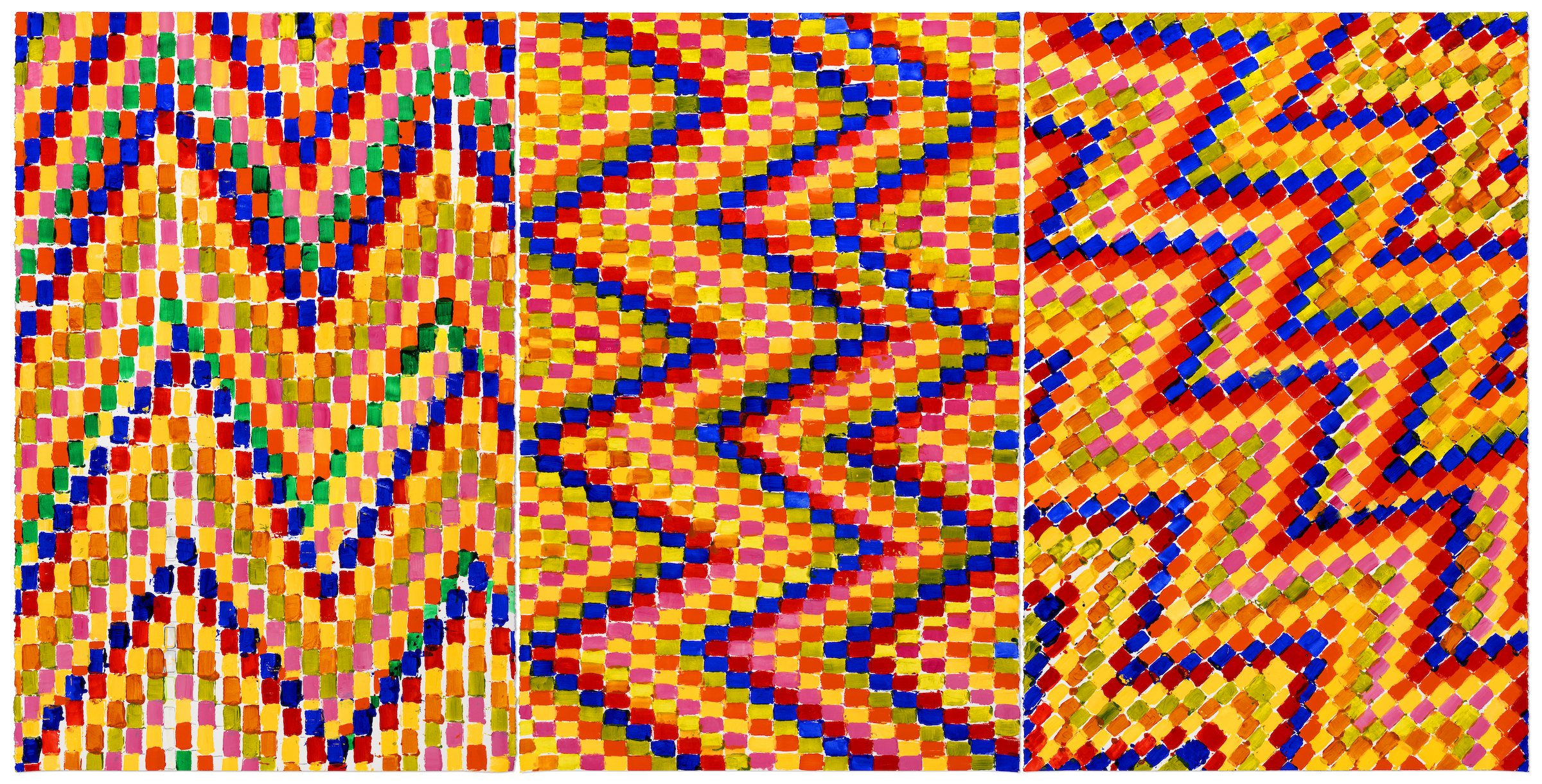 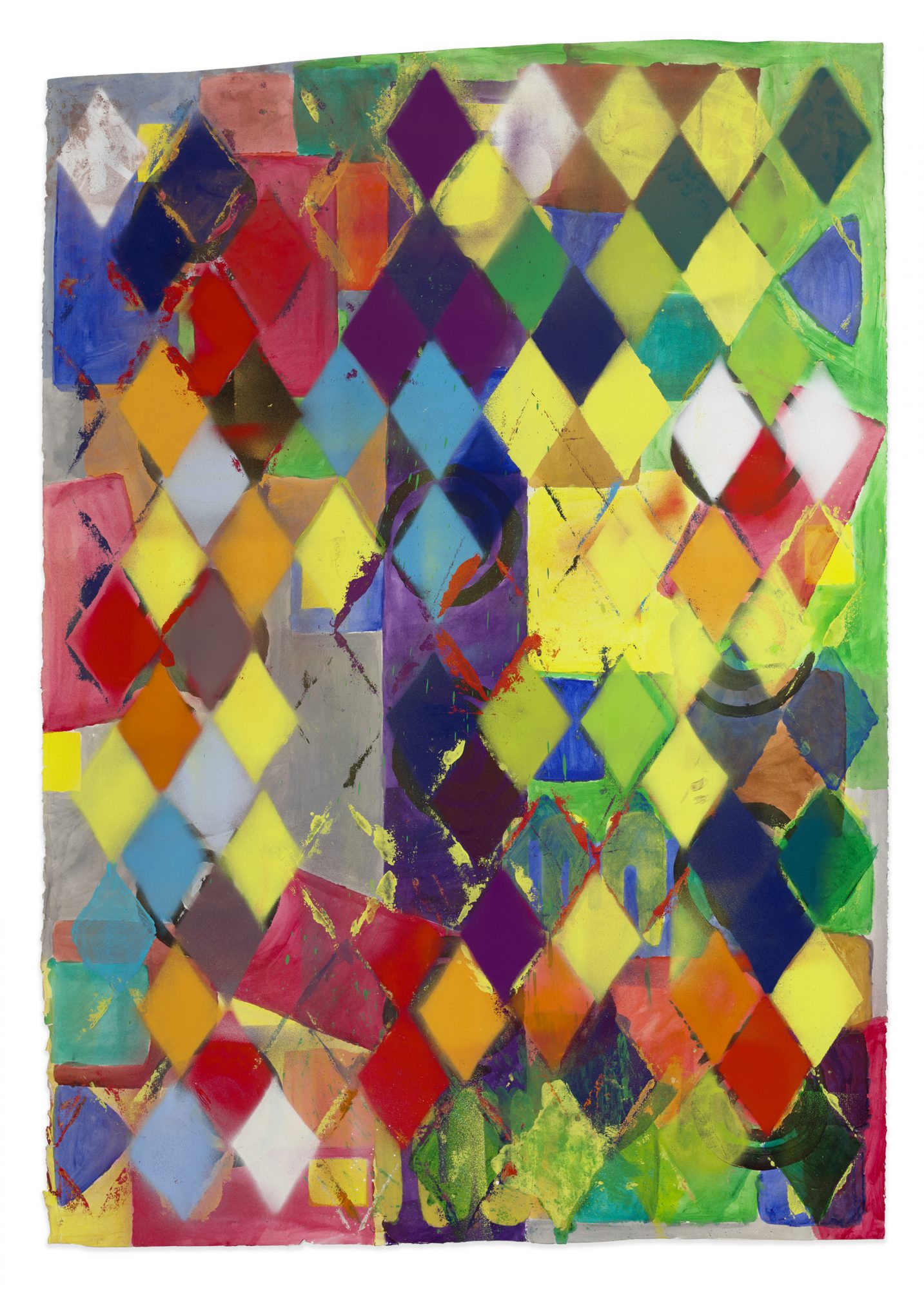 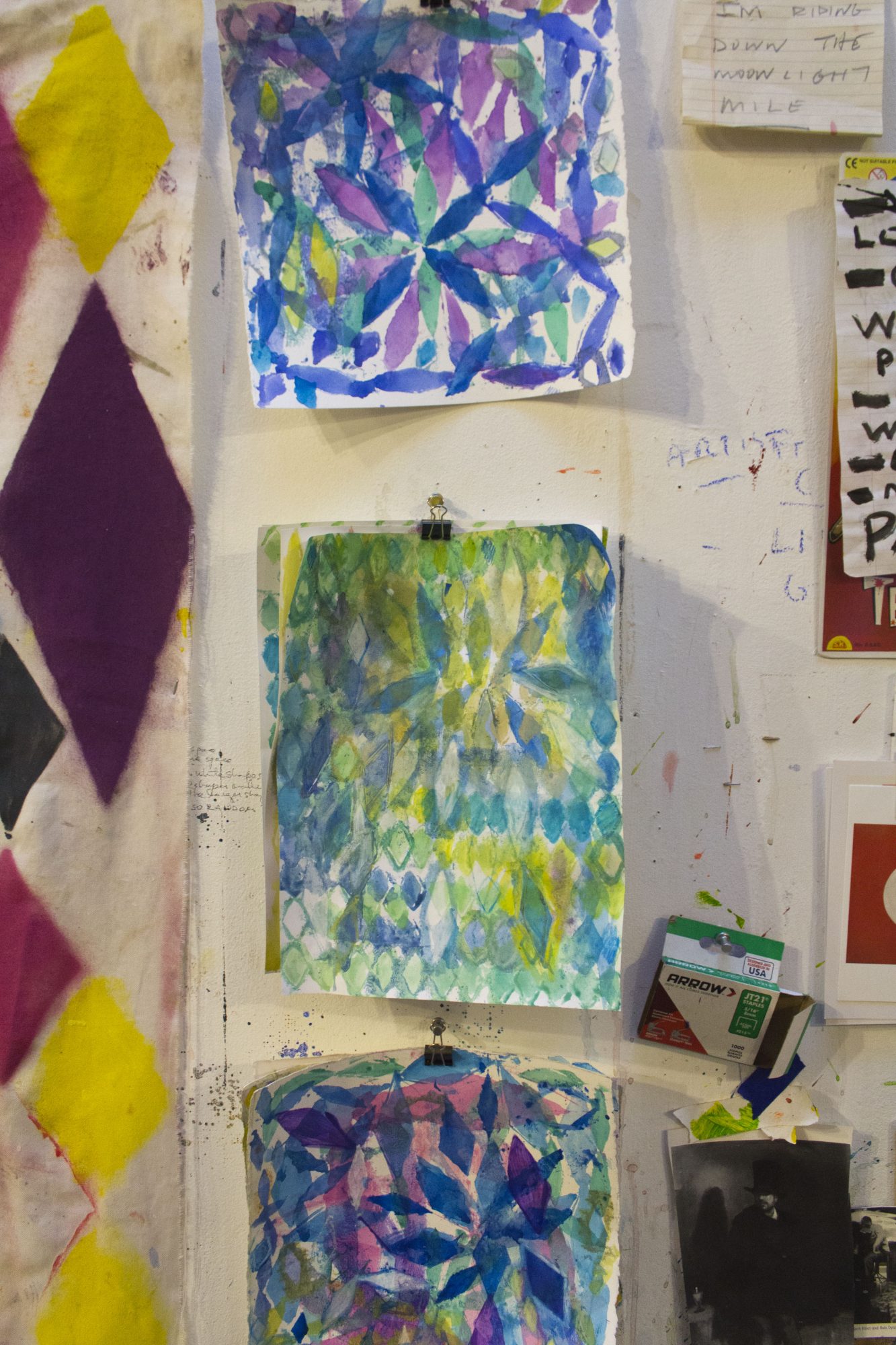 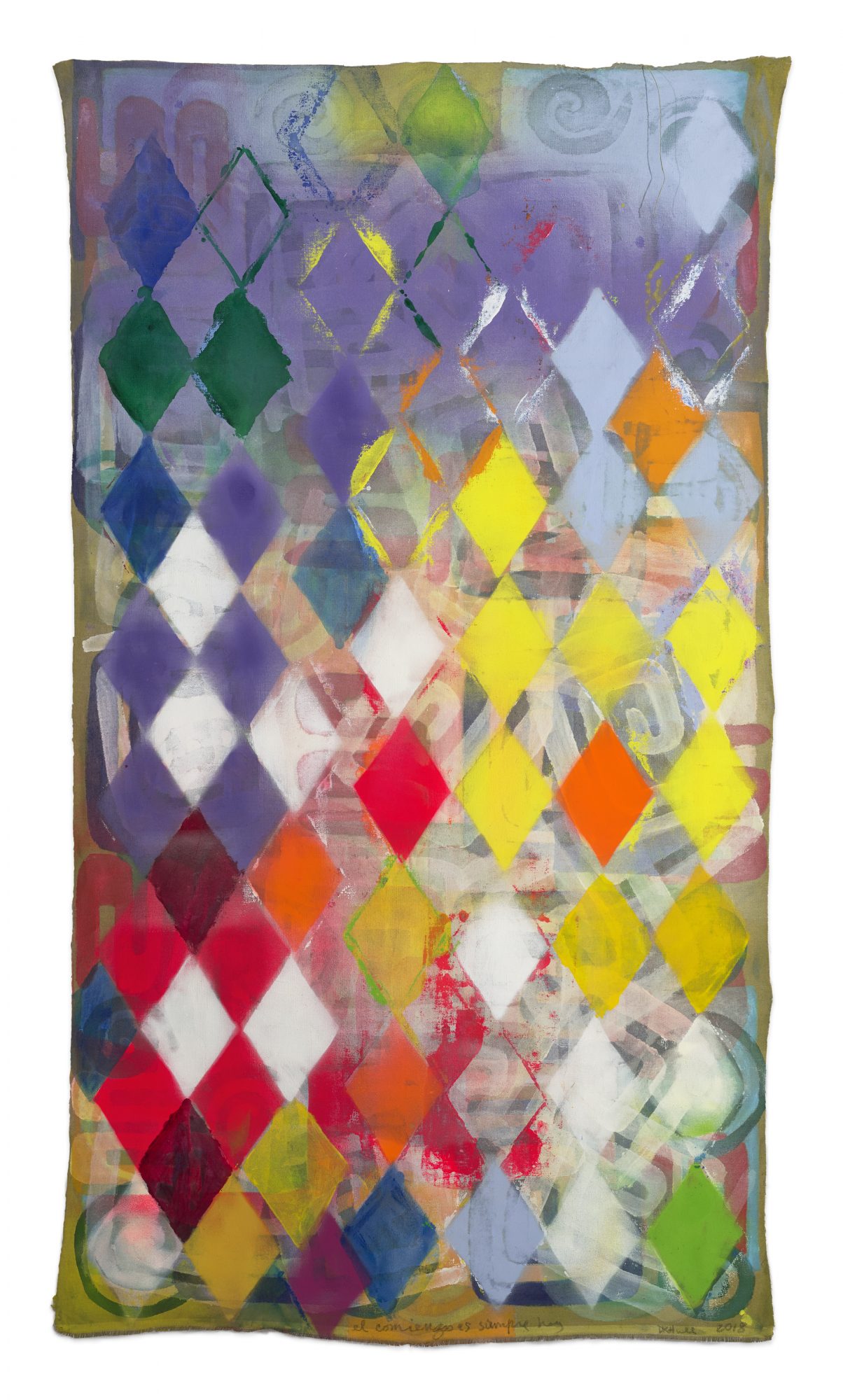 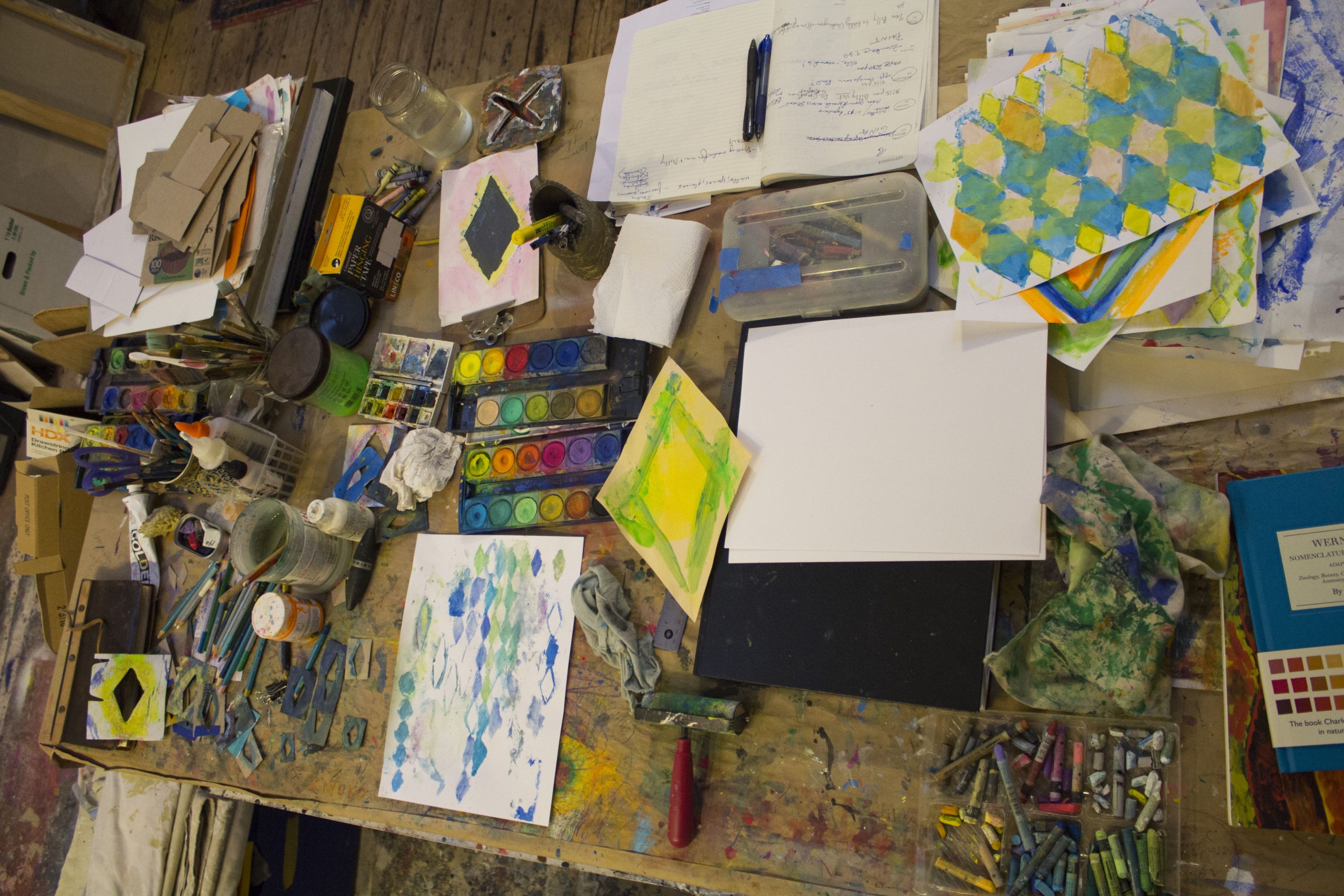