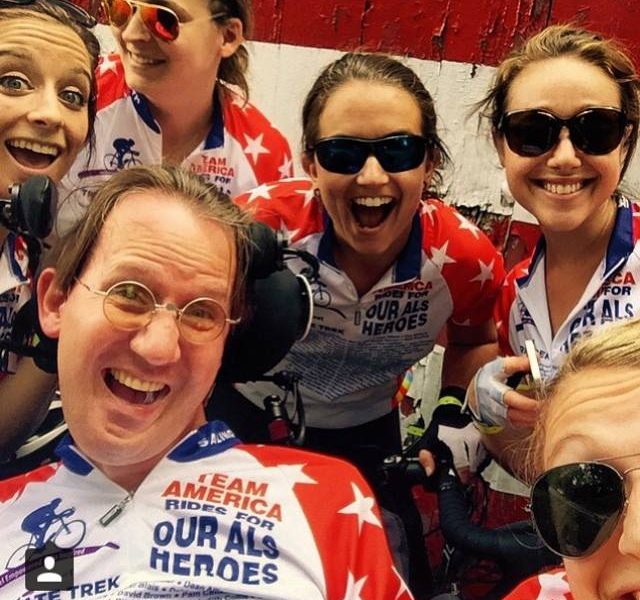 Today we’d like to introduce you to Steve Saling.

Steve, let’s start with your story. We’d love to hear how you got started and how the journey has been so far.
When I was diagnosed, I instinctively knew I would survive ALS and I was nerdy enough to know that technology would play a big part. I fancied my future as a real-life Inspector Gadget. It was only later that the reality sunk in. I just assumed that because it was possible that it was available. Since I planned to outlive my parents, the first thing I started doing after my diagnosis was researching my long-term living arrangements. I had already planned to move back to Georgia to live with my Mom. I guess I was naive, but I was shocked when I learned that there was not an automation system on the market designed for use by the disabled. That shock turned to horror when I learned that not a single nursing home in Georgia would accept a vented resident. There was a place right across the border in South Carolina where all of the Georgia vented people were shipped and the reviews were terrible so I did not even bother to visit.

I had met a guy my age online on MySpace named Ron Miller. Ron was a single, 38-year-old guy like me but he had had ALS for many years and was now on a vent. His family was not able to take care of him and his girlfriend could not take the pressure and left him. The only place that would accept him was in Norfolk, VA, hours away from his family and friends. It just so happened that my brother was stationed in Norfolk and I had plans to visit so I made plans to visit Ron. I went to visit knowing that I would be seeing my future – and it was not pretty. It was an acute care hospital. I was lucky that Ron was between roommates so we had the room to ourselves. His last roommate had been a gunshot victim who would moan all night long. Ron did not even get the bed near the window.

We had already become good friends online and I had been told many stories about his lack of life but seeing Ron’s really changed my life. It is my nightmare. I swore to myself that I would never end up like that. Ron and I started dreaming about several pALS living together and pooling our benefits to get 24/7 care. I was on a mission, determined to find a way. A couple of weeks later, in April 2007, I went to an ALS Symposium with my Aunt Terri searching for answers. A woman overhears my aunt asking about my future living options and introduces us to Barry Berman who has an idea about creating a home for people with ALS but he had no idea where to start which is why he had come to that symposium. He told me his idea of building a Green House nursing home but all I heard was nursing home so I was skeptical. I told him that any ALS Residence would have to provide ventilator support and be fully automated to see if he would scare off. When he immediately agreed to both if I would help, a wonderful partnership was born.

In May 2008, I would move into an assisted living facility adjacent to the future construction site of the Leonard Florence Center for Living (LFCL) so that I could help in the design of my future home. I enjoyed working with architects again. We had regular design sessions to work out all of the details. One of the details troubling me was about the automation. Our original plan was to work with a graduate class specializing in adaptive technology. It quickly became apparent to me that our needs were far over the heads of some volunteer students working on a class project. The big hang-up was how to provide a power supply to all of the different controllers that would be required on a mobile wheelchair. I was back in Georgia for the holidays when I had my eureka moment and the idea that would become PEAC popped into my head.

Instead of carrying all of the power hungry controllers on my wheelchair, I would build them into the building and control them remotely through a central server and everything could be powered on the grid with a generator back up. I knew that permissions could be set so that a single system could serve multiple users. The big problem was that the software did not exist. This was January 2009 and the building was under construction since the fall. I sent an email to every automation company I could find online, which was very few, and there was only one company who was willing to do custom programming, Promixis. I immediately knew this company understood the gravity of the problem and could create a solution. I did not look forward to explaining why we should turn down free student help and pay professional hundreds of thousands but Barry understood this was an investment that would change people’s lives and did not hesitate to agree. It was hard work convincing some of the sub-contractors, especially the elevator people, but in the end it all worked perfectly and PEAC has proven itself to be 99.9% reliable – very important when people’s independence is on the line.

Before I moved in, I knew that my new home was a game changer. I continued to meet pALS living in wretched conditions like Patrick O’Brien. I felt terrible that pALS, whose only crime was wanting to live, were being imprisoned to a bed, left staring at the ceiling, never getting a proper shower, and rarely if ever going outside when technology existed that would allow them to lead meaningful and productive lives. I could not understand why nobody was doing anything about this tragedy in the 21st century. I began to understand why the ventilator was an option so few pALS are willing to consider. Why did checking into a nursing home require checking out of society? Instead of getting mad and demanding that someone else step up, I asked Barry if he would support my efforts to advocate for replication of the model we had created. No one could better advocate for livable conditions than we could I thought and so the ALS Residence Initiative or ALSRI was born.

I underestimated the challenge that it would be to interest other nursing homes in replicating our model. As usual, it comes down to money. The ALS Residence requires several hundred thousand dollars of supplemental funding every year to support a home of 10 pALS. My first breakthrough came after watching my beloved Atlanta Falcons lose to the New Orleans Saints on Monday Night Football back in 2011. At halftime, I saw a former Saints player named Steve Gleason who had been diagnosed with ALS the year before. The way he spoke and his optimism about the future because of technology sounded like something I would say so I sent his Team Gleason an email the next day. All of the stars were aligned and just over a year later, the Team Gleason House for Innovative Living was opened in New Orleans.

Despite the challenges, I have never stopped advocating for an acceptable option to live with ALS if living at home is not possible. Just as the Ice Bucket Challenge phenomenon was taking off, I was contacted through the ALSRI website that I had created, by the McDonald family who had the supplemental funding and wanted our assistance to open an ALS Residence near NYC. We tried to find a suitable non-profit nursing home but even with the supplemental funding secured, we were not successful. The McDonald family recognized that their best opportunity to have the same success that we had achieved was to let us open the new home in our building and in January 2016, the Dapper McDonald ALS Residence Green House was opened in the LFCL.

The success of the McDonald ALS Residence has emboldened Barry Berman and I do realize that our best chance to replicate our success is to do it ourselves. In April 2017, we made public our national campaign to open up to 7 more ALS Residence Green Houses in the LFCL and our willingness to expand into other states if the support is there. Sometimes, when you want something done right, you have to do it yourself.

Overall, has it been relatively smooth? If not, what were some of the struggles along the way?
It has been extremely challenging to find other people willing to follow our lead and replicate our success. It is a money losing project so I am not too surprised. Recognizing the problem, we are changing our strategy to find sponsors and do it ourselves.

Alright – so let’s talk business. Tell us about ALS Residence Initiative (ALSRI) – what should we know?
The ALS Residence is unique in the world. Never before has anyone provided people with ALS (PALS) the opportunity to live up to their potential and offer them the maximum independence that technology has to offer. We support research and look forward to a cure putting us out of business. Research, however, has never saved a pALS life. We have. We believe that ALS donations favor research too much. There is needless suffering by people already living with ALS and despite the promises otherwise, I do not believe that research is about to offer anything that will add to a pALS lifespan. ALSRI is one of the few, or only, organizations who can make that claim and that is a legacy of which I am proud.

Any shoutouts? Who else deserves credit in this story – who has played a meaningful role?
None of this would happen without the visionary leadership of Barry Berman, CEO of Chelsea Jewish Lifecare. We shared a dream but he had the resources to make it happen. We are good partners and complement each other well. It was fate that we met each other when we did. 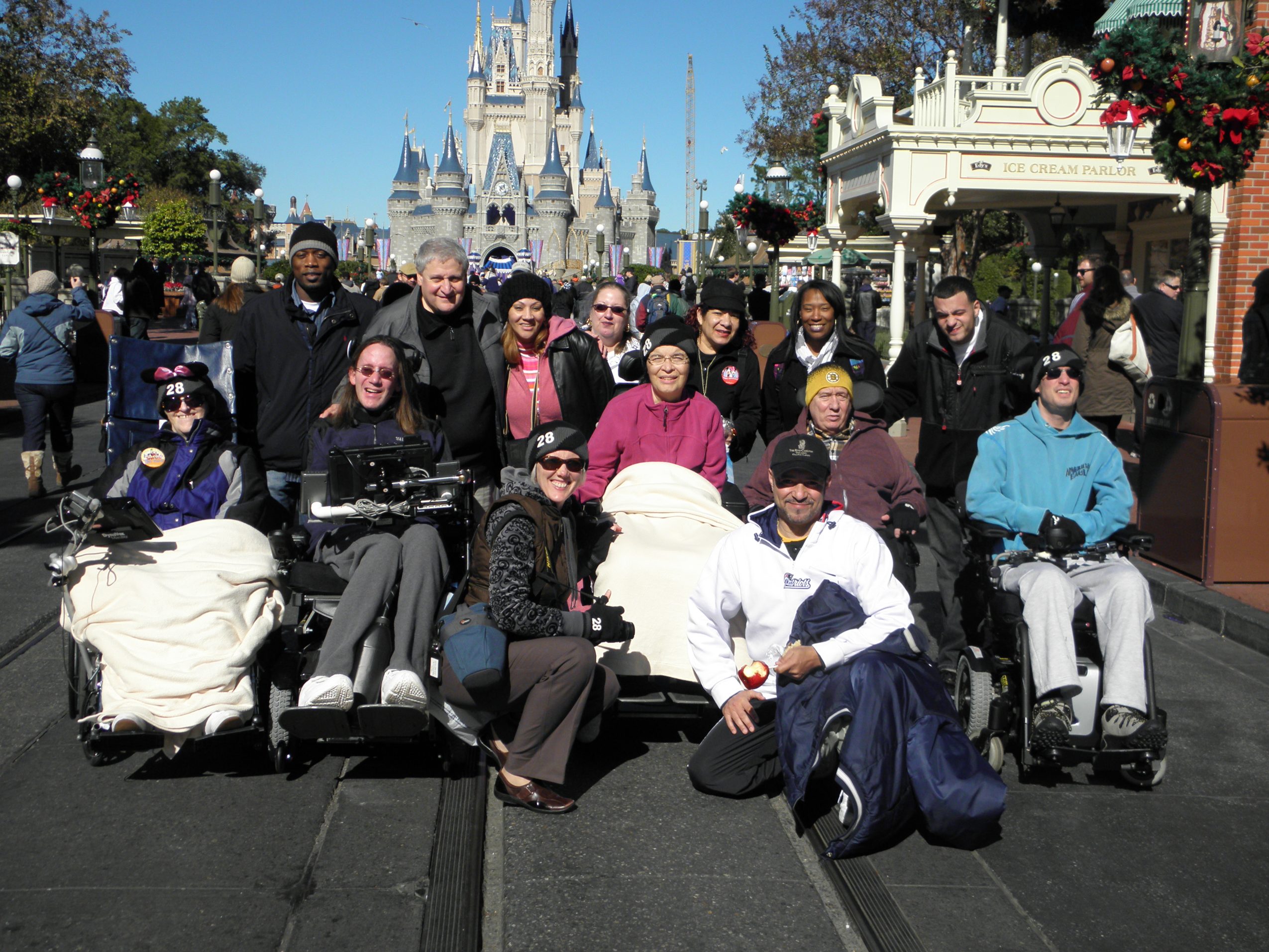 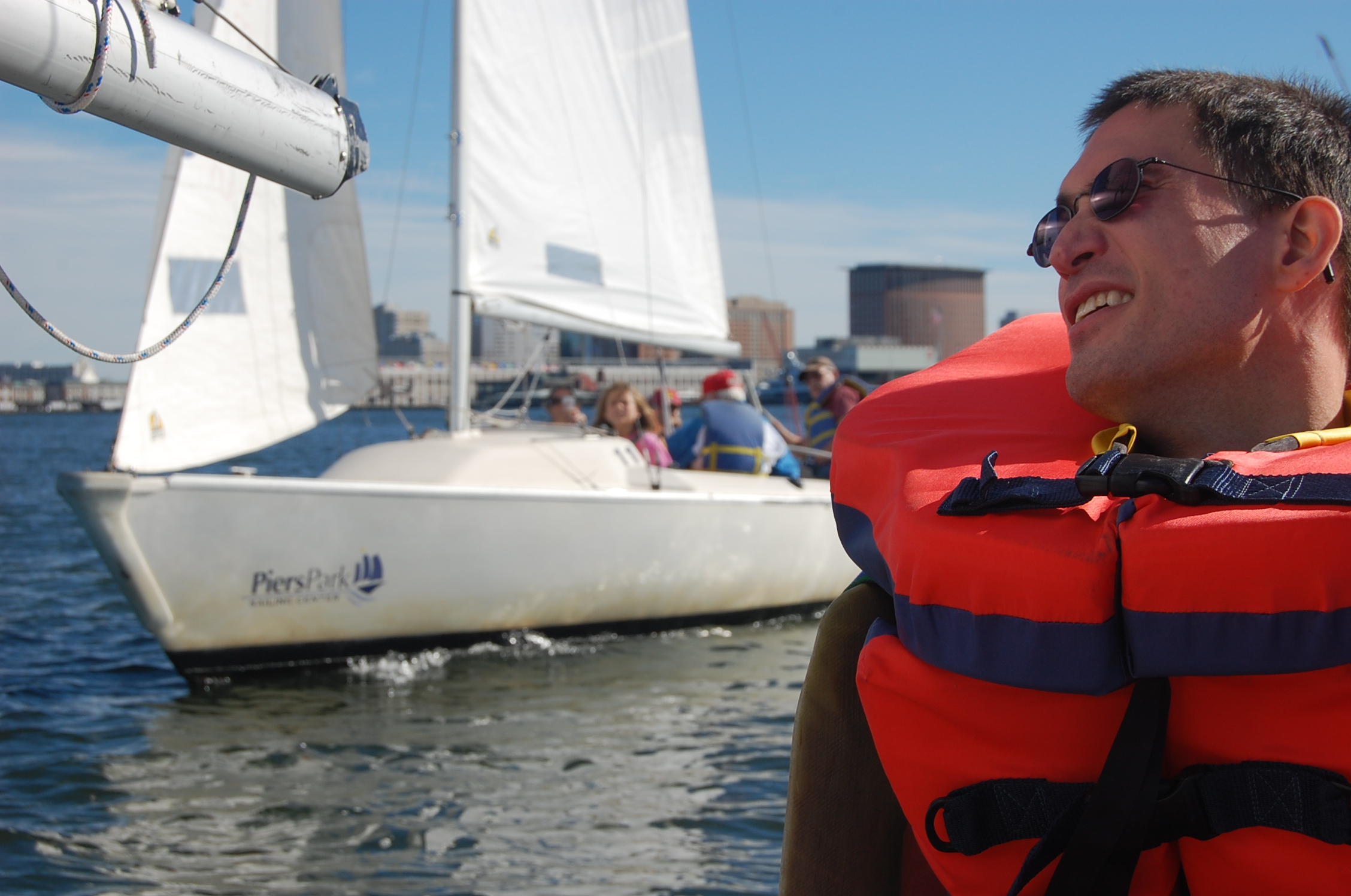 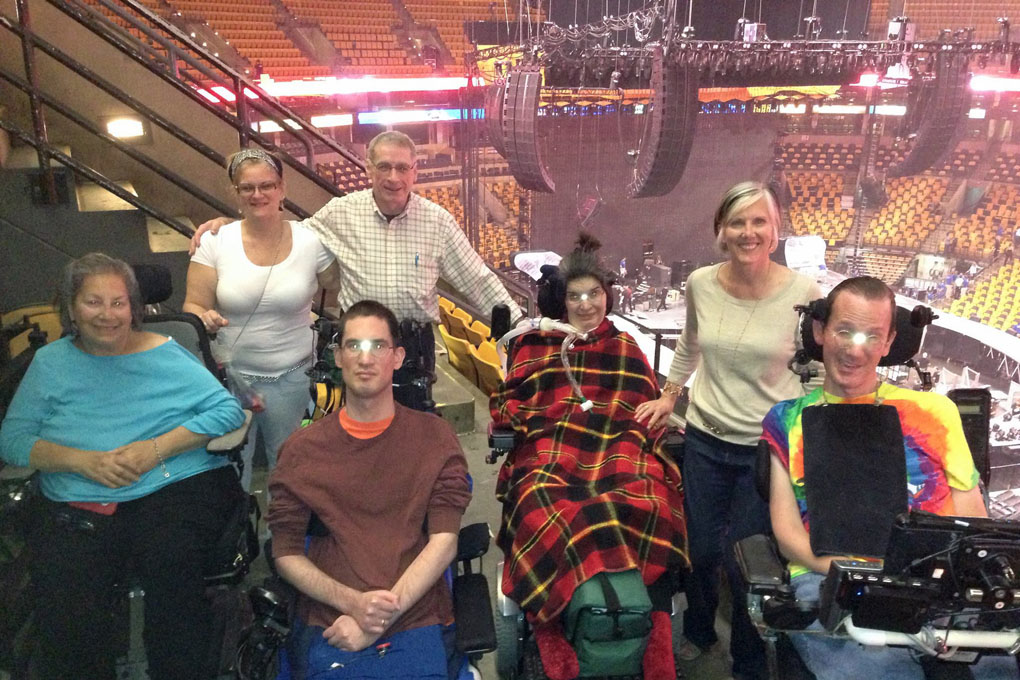 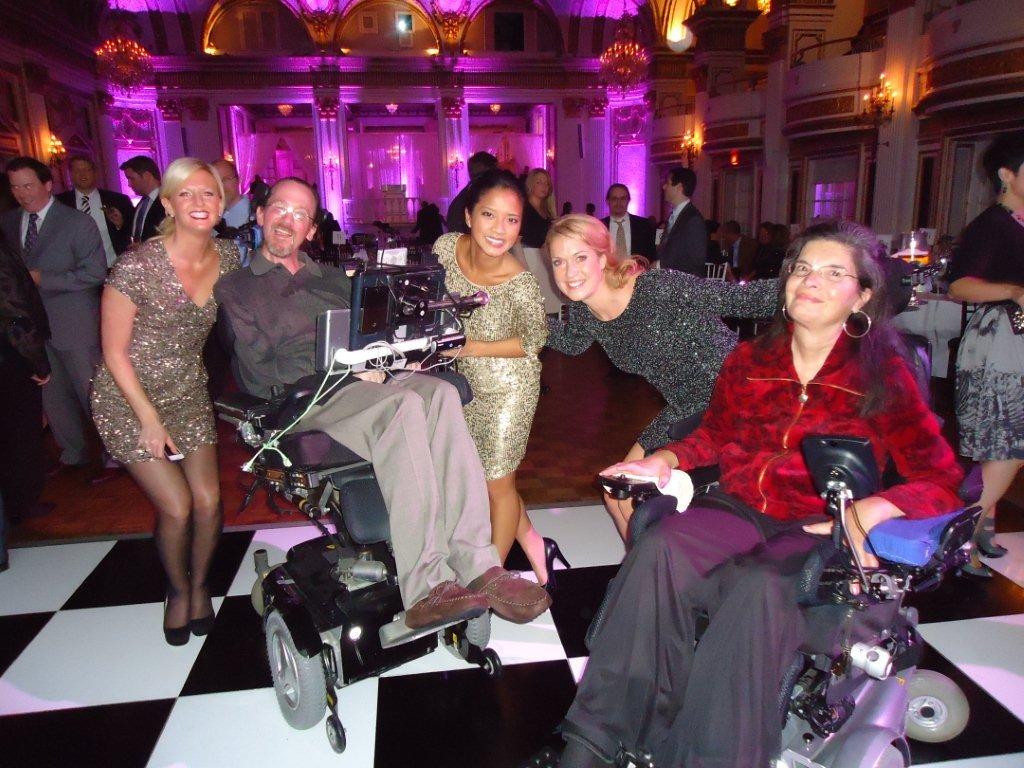 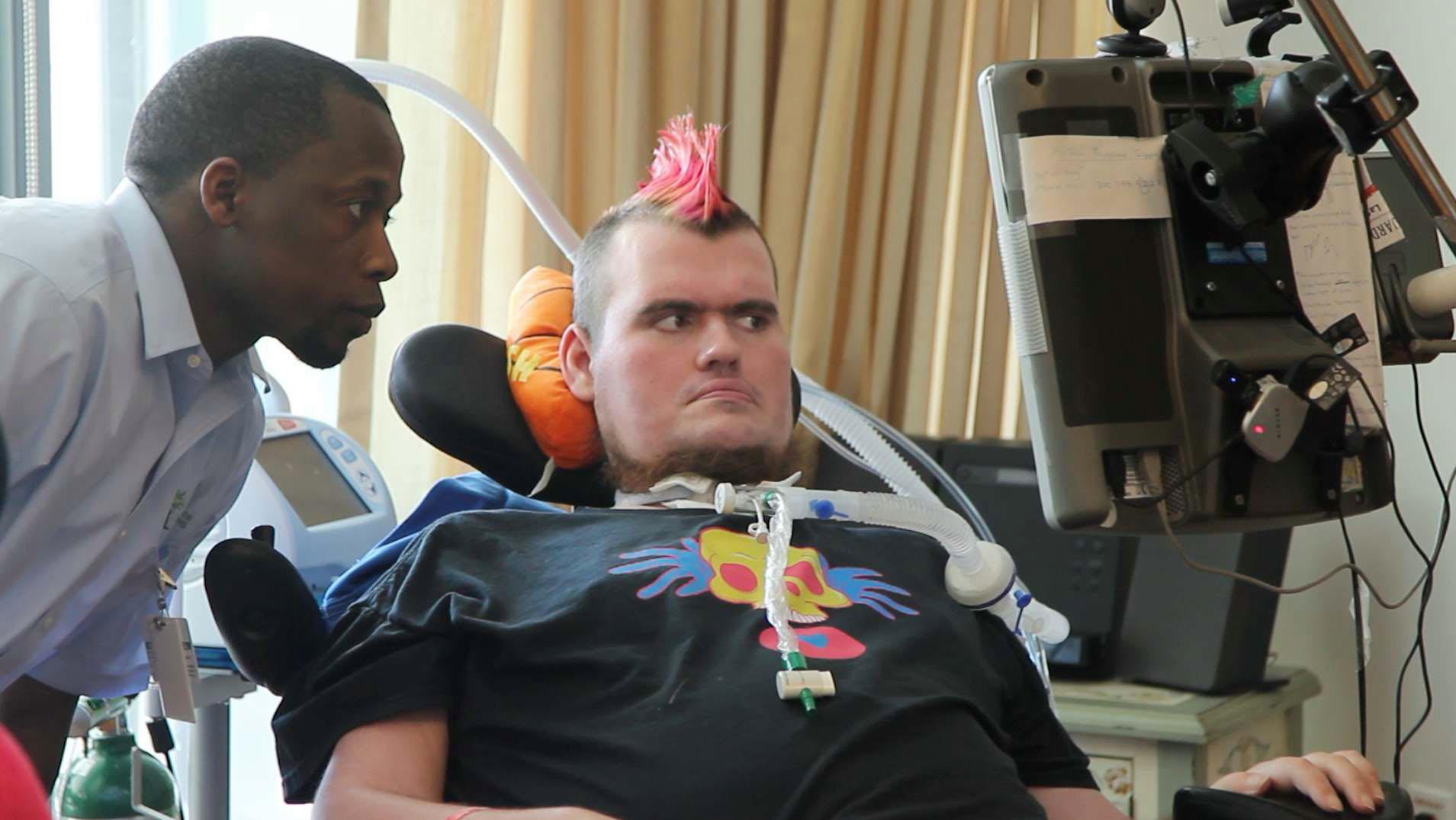 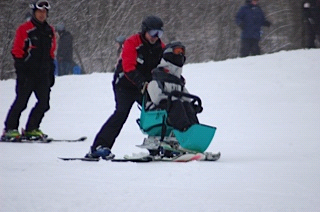 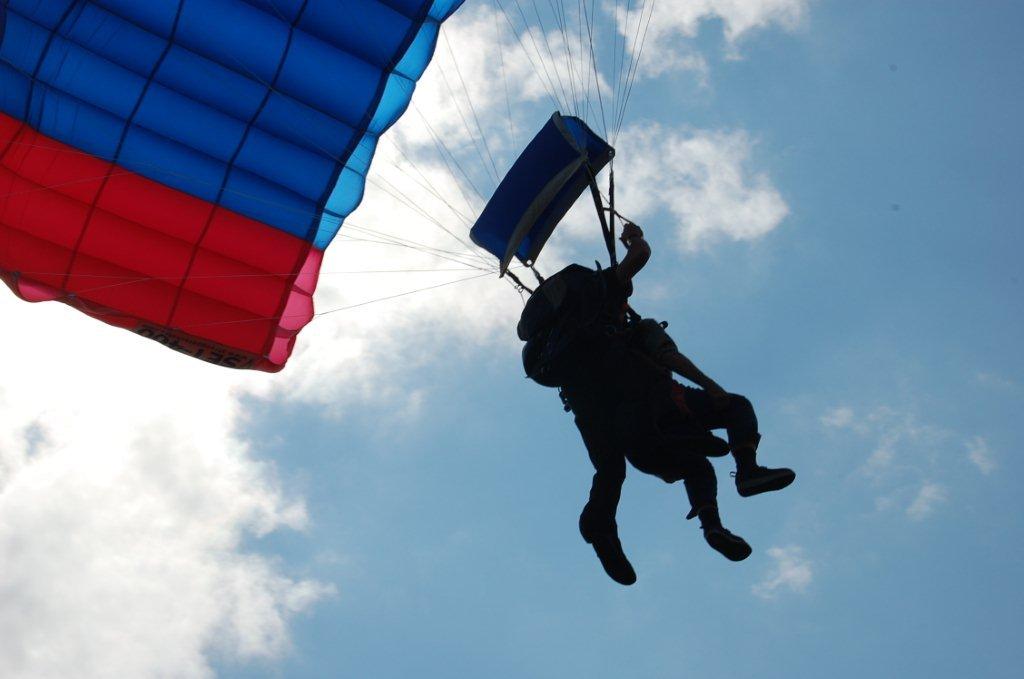