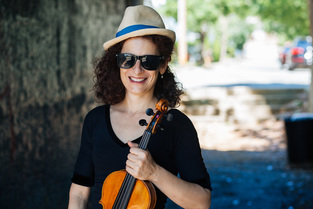 Today we’d like to introduce you to Julie Leven.

Julie, please share your story with us. How did you get to where you are today?
I have played violin professionally for nearly 30 years in the great concert halls of the world and on 20 commercial recordings, including as a soloist on one nominated for a Grammy Award.

Nevertheless, in the years before founding Shelter Music Boston (SMB), I felt a growing dissatisfaction with the lack of connection between my music and my beliefs in social justice. In December 2009 I read in the New York Times about violinist Kelly Hall-Tompkins, who plays in homeless shelters in Manhattan.

The next day I realized that Boston needed this and I was the one to make it happen. I was only dimly aware that this might change my life. Within weeks I had lined up concerts, two per month, at the Shattuck Shelter and Kitty Dukakis Treatment Center.

I began rehearsing and performing the concerts with Rebecca Strauss, a violist colleague with a similar commitment to social justice. The first concerts were a revelation: never had I experienced such a level of appreciation for my art from an audience.

To have a positive impact on the life of a homeless person by playing my violin is to honor the classical music and the dignity of all people. Shelter Music Boston was officially established as a nonprofit in 2010.

Great, so let’s dig a little deeper into the story – has it been an easy path overall and if not, what were the challenges you’ve had to overcome?
The staff member at Pine Street Inn to whom I first proposed my idea of performing classical chamber music concerts in the Shattuck Shelter told me, several months after the first concert, that she thought I was whacky when we first met to discuss my idea. She also admitted that within five minutes of the first concert, upon witnessing the shelter utterly transformed to calm, and the guests inspired to smile, that my idea was an excellent one.

After eight years of successful delivery of concerts to environments of great need, such as the homeless shelters and transitional living programs we serve, Shelter Music Boston has credibility and expertise in this unusual genre of social service delivery. This has been achieved one shelter at a time, in much the same way as I have described above and has at times been a bumpy learning curve.

We are often still challenged by the fact that many people do not understand that classical musicians are highly trained professionals who deliver a uniquely crafted product any time any place and always with deep emotional commitment.

As a social entrepreneur, I am driven to take something old, a conventional classical music concert, and repurpose it to be something new, the vehicle to bring dignified interaction and essential beauty to the members of our community most in need. Embedded in this mission is that artists are compensated for their work.

It has been a challenge to educate many people interested in the SMB mission regarding professional compensation for professional work. Every staff member employed by SMB, whether a musician member of the artistic team or mission-driven member of the administrative team is compensated at an appropriate industry standard wage.

I have been asked many times, “Why not staff with volunteers or students, to save $?” I am grateful to be able to answer this question by referring to organizations that are recognized internationally for the quality of service and commitment to homeless individuals, and the commitment of these award-winning providers, to professionalism at all levels.

Pine Street Inn, the major provider of services to homeless individuals in MA, is staffed from top to bottom with consummate professionals. That’s because a member of our community who is currently homeless needs the services of compassionate, appropriately trained, and professional staff in the most profound ways.

Addressing, synthesizing, and implementing all of these components of Shelter Music Boston is bound to be a challenging and educational path. I am so proud that in 2018 SMB has achieved, in addition to credibility and expertise, significant investment, including our most recent grant of $250,000 over five years from the Ilene Beal Foundation.

Shelter Music Boston – what should we know? What do you guys do best? What sets you apart from the competition?
Shelter Music Boston (SMB) presents classical chamber music concerts, of the highest artistic standards, in homeless shelters and other sheltering environments throughout Greater Boston. Our goal is to promote community, creative interaction, respect, and therapeutic benefit.

We believe all people deserve access to the dignity, creativity, and passion of classical music whether or not they have a home. By producing live classical music concerts within such atypical venues, SMB applies a truly innovative approach to performing classical music.

Our program serves to enrich the lives of people with enormous need and deep struggles, as well as to improve the dynamics of interactions in the shelter. Our listeners tell us they feel better after our concerts and shelter staff tell us there is less conflict and chaos within their program.

Our concerts are transformational for the population we serve and provide employment for area musicians motivated to make social change. While there are a few other programs doing similar work across the country, there are none in the Boston area and none providing the same consistency and volume as SMB.

Concerts are held monthly and each month features entirely new musical repertoire; in 2017 our musicians performed a total of 68 concerts for more than 1,500 audience members. Perhaps our proudest moment was when an audience member said to me, “I think you might have saved a life with this concert. I was so angry and frustrated when I came in here tonight, I didn’t know what I was going to do. The music changed it all!”

What moment in your career do you look back most fondly on?
I am extremely grateful and proud to have a variety of pinnacle career moments. As a violinist and member of the Handel + Haydn Society and the Boston Pops Esplanade Orchestra, I treasure my performance of the music of Haydn at Royal Albert Hall in London, the music of John Williams with John conducting at Suntory Hall in Tokyo, and the music of hundreds of composers in hundreds of concerts at Symphony Hall in Boston.

I have had the honor of performing at Tanglewood, at Orchestra Hall in Chicago, at Disney Hall in LA, and at countless halls in Europe and Asia. A highlight of my career as a social entrepreneur was when a homeless man turned to me between works being performed by my esteemed colleagues at the Caspar Shelter in Cambridge, to say, “I think you might have saved a life with this concert.” An audience member at the Shattuck Shelter told me, “The music was water for [her] soul when it was thirsty.”

These words from Shelter Music Boston audience members, individuals who are homeless or struggling with poverty or recovering from substance abuse, are gifts I treasure. I will carry forward these sentiments as Shelter Music Boston works to provide the dignity, passion, and creativity of classical music to the homeless members of the Greater Boston community. 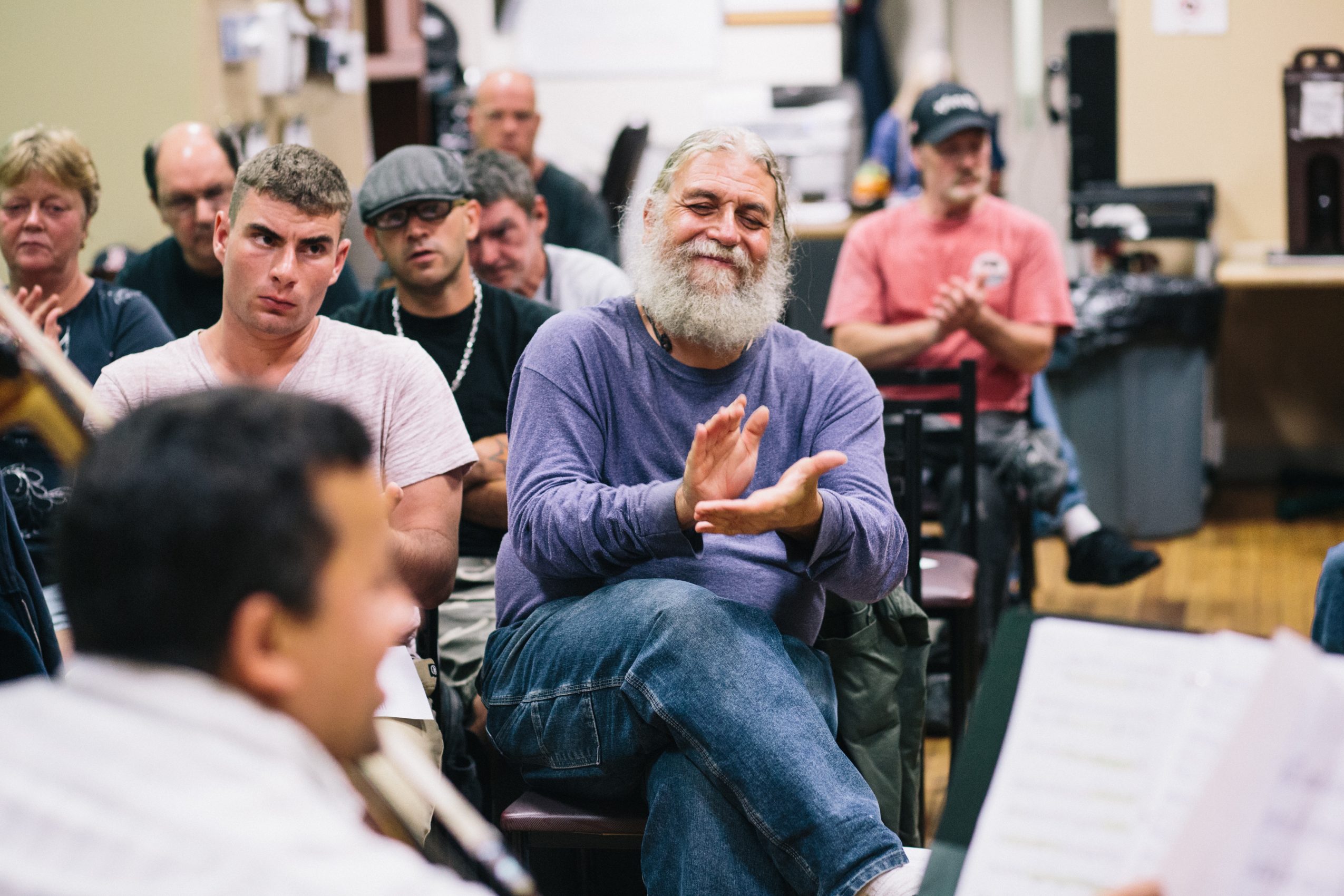 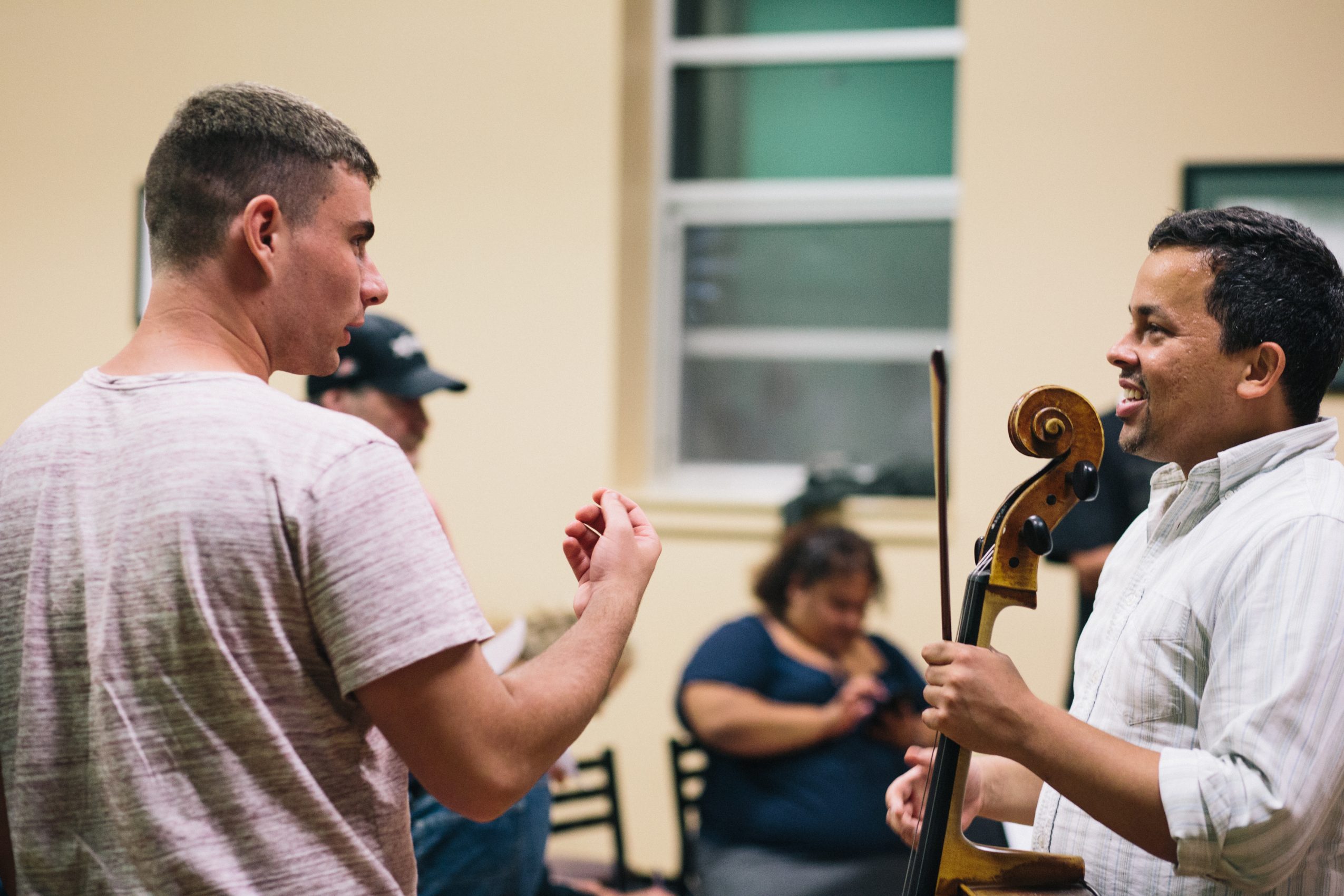 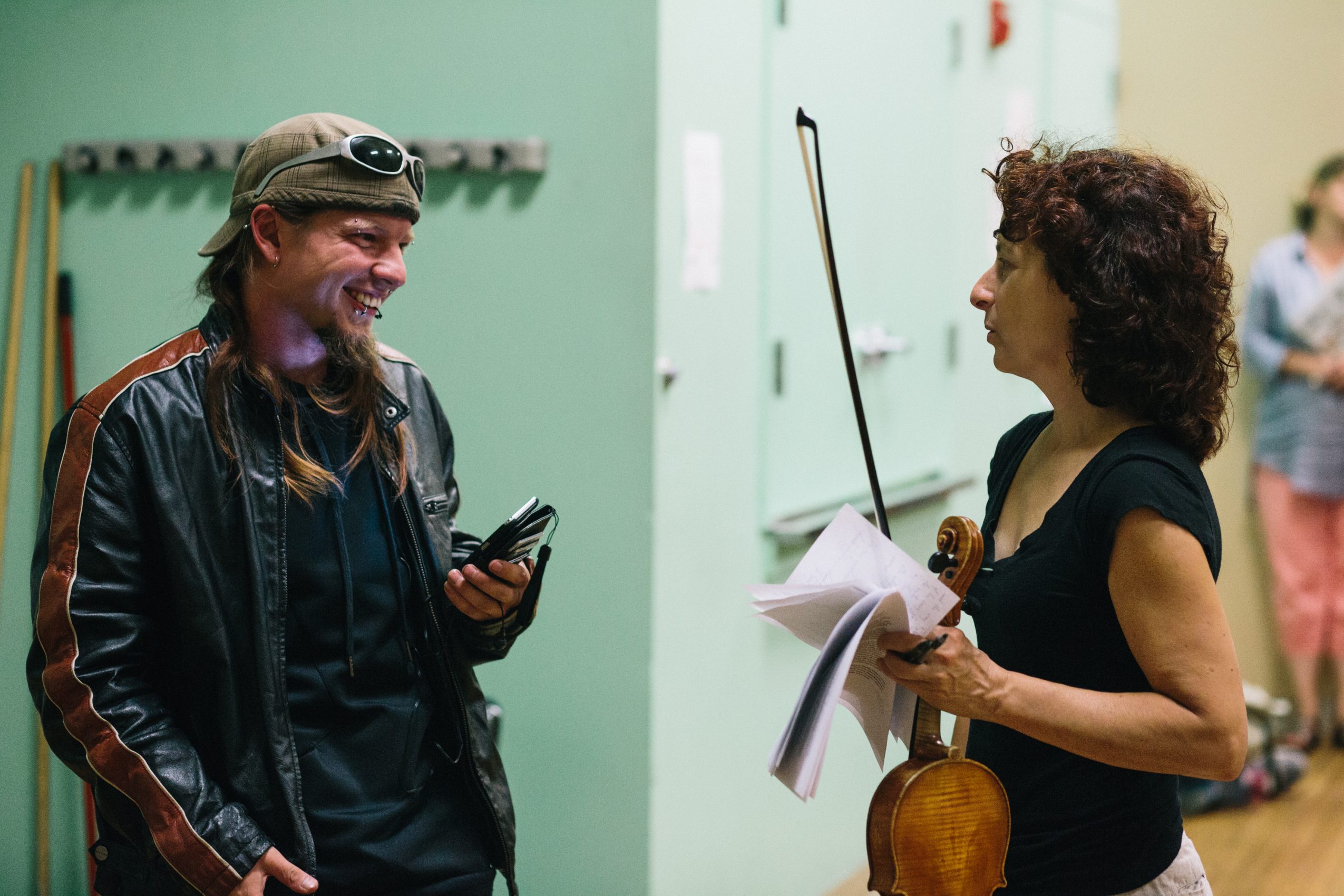 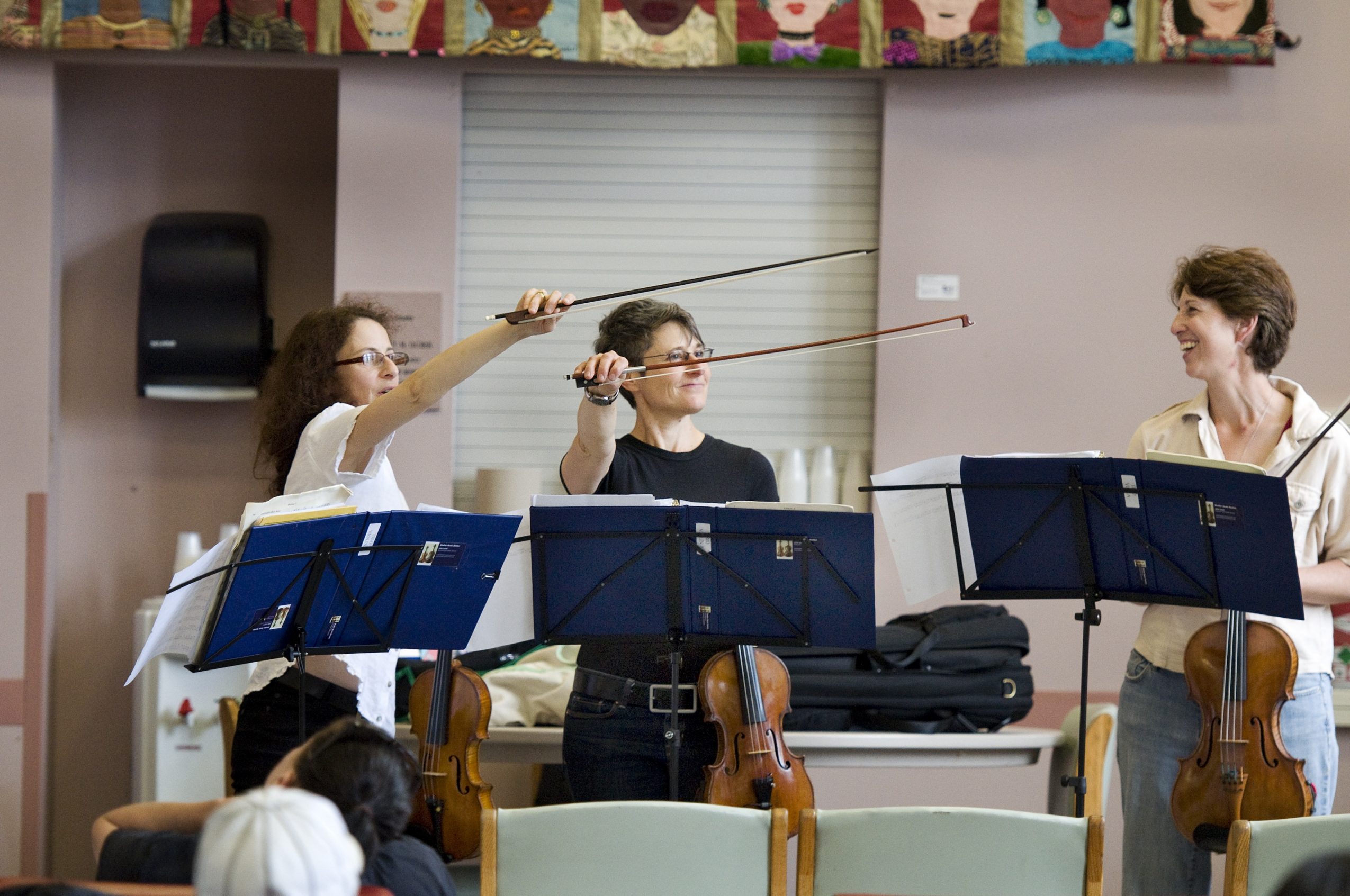 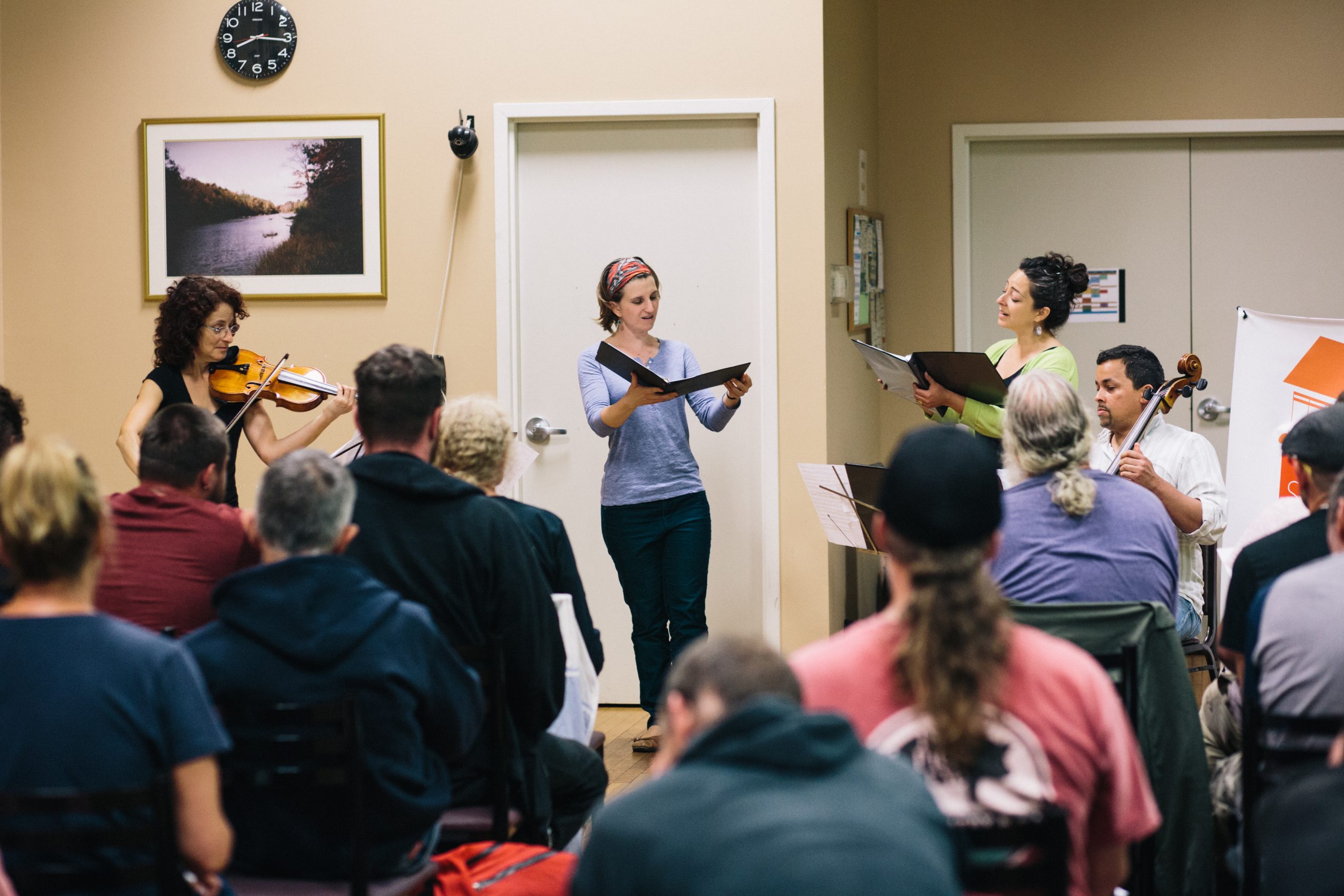 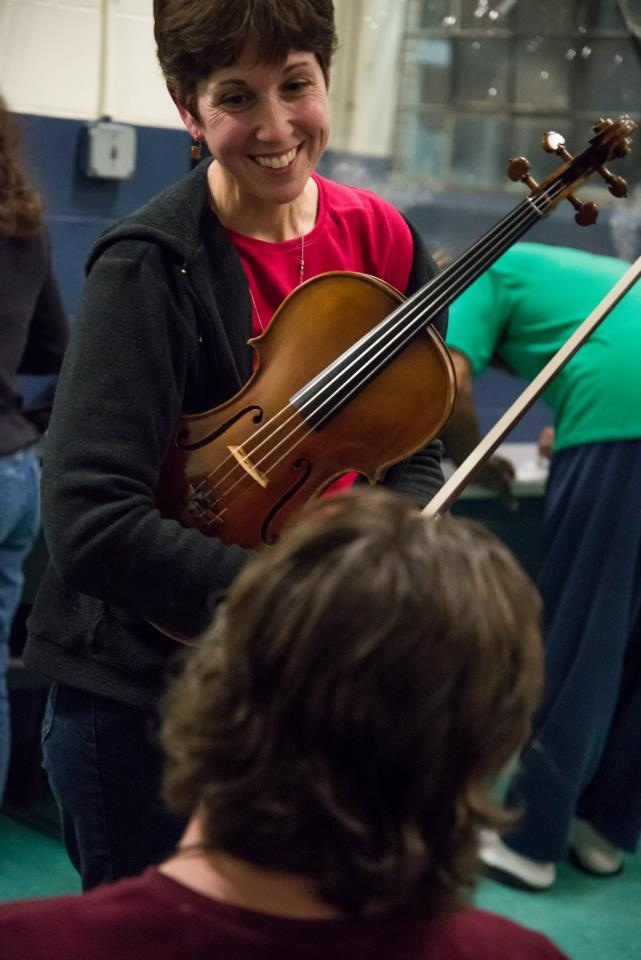