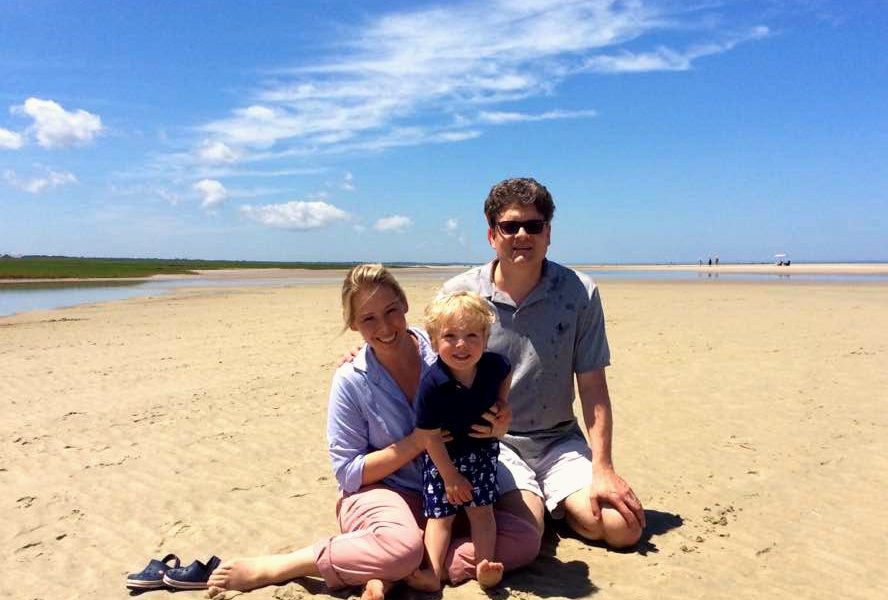 Today we’d like to introduce you to Dr. Paul Heinzelmann.

So, before we jump into specific questions about the business, why don’t you give us some details about you and your story.
Ten years ago, I decided to start a business that would allow me build a new kind of healthcare service outside the confines of the typical clinic setting. Having recently completed my Master in Public Health training at Harvard University and a fellowship in Telemedicine at the Partners Healthcare Center for Connected Health, I was intrigued with the concept of combining the humanistic values of the old-fashioned house call with the sexiness and convenience of new communication technologies. The burgeoning market for smart phones, online care and fitness trackers really excited me, and I wanted to explore the potential for bringing a unique experience to healthcare consumers in their homes, hotel rooms and the workplace.

Initially I focused on Boston’s business travelers and tourists, but soon realized that penetration into that market relied on deep relationships within the hotel concierge industry. There was already strong competition from a well-established physician house call service so I hit the pause button for a bit. As serendipity would have it, Massachusetts initiated an enticing tax-incentive for the motion picture industry in July of that year, and a new door of opportunity opened.

It became evident that the world of film and television production was a good match for the kind of services I wanted to create. In some ways, more like the circus than the glamorous Hollywood portrayals of movie-making, hundreds of people working on a production would suddenly descend into town to set up their offices and build their sets. These frenetic gaggles of actors, executives, scouts, carpenters, grips, drivers, costume designers, makeup artists, assistants, etc. would congregate in unusual places – warehouses, sectioned off city streets, and in remote small-town settings. Then, as suddenly as they had appeared, they were gone.

During the weeks to months of tightly scheduled work days (often more than 15 hours per day) film and television productions have very little wiggle room to accommodate visits to a traditional doctor’s office or hospital. In addition, highly recognizable celebrities prefer to fly under the radar to avoid the general public and busy waiting rooms. As a result, both cast and crew members would often be forced to push through illness and injury until a later date, or wait until they were back in towns like New York or Los Angeles that better accommodated celebrity preferences.

In the decade since, we have built working relationships within the motion picture, television and entertainment insurance industries. Most of our work has been in Massachusetts and New England and have had the honor of providing medical care and consulting to well over 100 productions based in multiple states and countries. In addition to a house-call-style of medicine, we have introduced online and mobile capabilities such as telemedicine to better serve this industry with even greater access, cost-effectiveness and convenience.

Overall, has it been relatively smooth? If not, what were some of the struggles along the way?
State legislation proposals frequently threaten the future of Massachusetts as an attractive place to make film and television productions. Our business, and that of the many small businesses that support this industry, are understandably impacted by these proposals. The maturation and ongoing success of these small businesses have helped attract new productions to the state and have created countless freelance and union jobs for people in Massachusetts. I regularly write letters to my legislators and have made visits to their state house offices to speak out against legislation that threatens this growing industry.

Please tell us about setMD.
setMD is a service of RemoteCare Solutions, LLC. We specialize in serving the health and wellness needs of the motion picture and television industry through a concierge-style healthcare service that combines the personalized care of old-fashioned doctor house calls with the convenience and affordability of mobile and online care options. We understand the need for responsiveness in a highly time-sensitive work environment, the need for maintaining professionalism, the utmost protection of privacy, and the maintenance of a world-class specialist and alternative health practitioner referral base. Unlike other house call or telemedicine services, we work exclusively with the film and television industry.

We are proud to have served well over 100 productions in the past decade through the establishment of individual relationships built on a first-name basis with production coordinators, production managers, set medics, producers, directors, and a multitude of freelance and union workers. Along the way we have addressed the health concerns of countless individuals, setup flu vaccine clinics and Lyme disease education programs, made some difficult and serious diagnoses, and connected individuals in need with local world-class medical specialists, fitness experts and alternative health practitioners. We have provided the opportunity for local doctors, nurses and others to step out of their typical roles and work in an exciting, non-traditional setting. More recently, we have started to work with Interlock Media, a local independent film organization, to support their work on documentaries focused on important social and environmental issues.

Our lead nurse (and my wife), Kathleen Heinzelmann, and our accounting/administrative assistant, Kimbette Fenol, deserve special mention as individuals whose diligence, organizational skills and creativity have kept setMD on track and moving forward.

If you had to go back in time and start over, would you have done anything differently?
I don’t think I would do anything differently because the lessons learned were needed to guide us forward. That said, serving this industry has had some unique challenges. Because of the seasonal and transient nature of film and television production, it became evident that recurring long-term clients would not be the norm. (I have been fortunate to be able to continue working my day job as a hospital-based Primary Care/Urgent Care physician in the Boston area).

Due to the frequent turnover of clients, traditional marketing wasn’t going to be effective and it was eventually word-of-mouth that became our strongest marketing tool. As the industry has matured within Massachusetts, certain individuals and organizations have emerged as the key players. Building and investing in these local relationships – and with the larger entertainment insurance industry – has taken time but has firmly rooted us.

There has also been a notable learning curve in understanding the culture of this industry. The cast, producers and directors are generally referred to as “above the line” individuals and the expectation is VIP-level service. Privacy and trust take the highest priority. In addition, medical professionalism cannot waver – especially when caring for a celebrity. On several occasions, we were forced to cut ties with doctors who requested selfies and autographs with celebrities, and melted from medical professionals into giddy star-struck fans. Not cool.