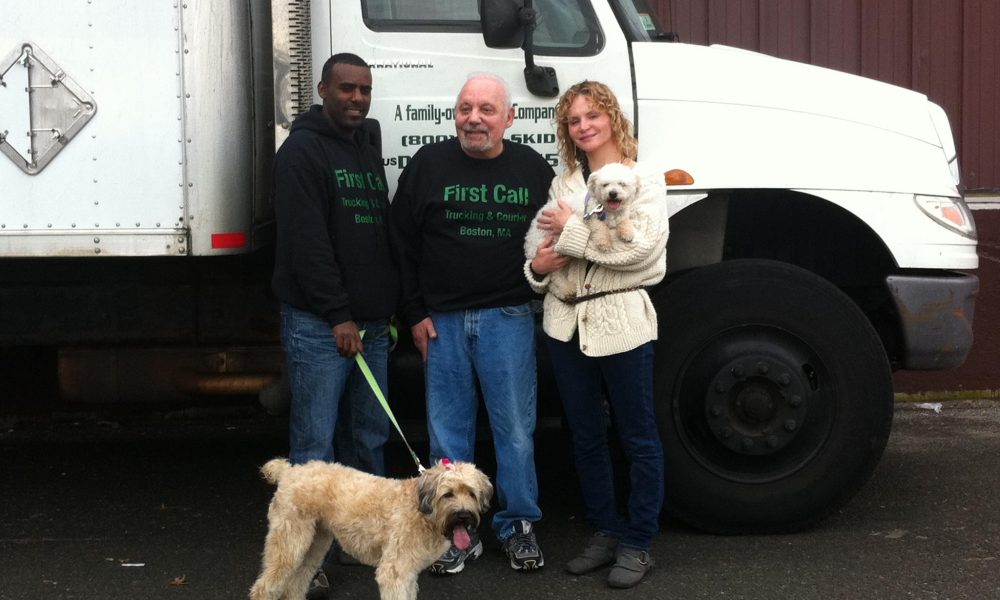 Today we’d like to introduce you to Nancy Beaurpere.

Nancy, please share your story with us. How did you get to where you are today?
My paternal grandfather, John DeFazio, Sr, was in the transportation industry before the combustible engine was mainstream, delivering meat and produce via horse and carriage to vendors throughout Boston’s historic North End. When I was a small child, he would regale me with stories of his fleet of horses, the star of which was a horse that was orbitally challenged named “One Eyed Dick”. My grandfather’s stable-hand was named Nick so you could often hear us — a toddler learning to speak and a wrinkled yet spry septuagenarian — singing the phrase, “Hey Nick, bring down One-Eyed Dick!” in our own practiced cadence. To this day, that rhythmic rhyme sequence that I can conjure in an instant remains seeped in nostalgia of the sweet hearted man that I loved.

As the motor vehicle became universal, my grandfather hopped on the proverbial bandwagon and purchased a truck. Though more efficient than a horse and carriage, truck-work without modern-day equipment such as lift-gates and/or electric pallet jacks was no less taxing. I’m told by my father that my grandfather (or “Papa” as my brother and I called him) would leave the house at 4am and would not return until well after 6 in the evening. His hard work was rewarded. My grandfather, a second generation Italian immigrant who was orphaned by age 9, was able to carve out a comfortable middle class life for his family of four as one of the first local “same-day/rush” truckers in Boston.

My dad entered the same industry as my grandfather through a more desultory path. After four years in the Air Force during the Vietnam War, a short stint in social work, and finally a career at Delta Airlines in Boston, he came to the realization that he was sick of “punching a clock” and his desire to be self employed piqued. His good friend and owner of Bay State Taxi, Joe Bethony, was interested in off-loading his small, stagnating trucking company to focus on his cab business. By that point, my dad had driven a truck for Bethony enough times to know with reasonable confidence that he could take over relatively seamlessly. In 1992 my dad purchased First Call Trucking from Bethony. He spent the next ten years growing it.

As anyone who knows my dad well will attest, he is myriad things to a variety of people; but one thing most can agree upon is that he possesses an abundance of both wit and charm. Never-the-less, his wit allowed him to problem- solve and put out proverbial “fires” – a task that is pivotal when running any small business. His charm allowed him to sell his service to new clients. Once he identified a potential prospect, he was skillful at swaying them to utilize his trucking company.

In 1995 First Call Trucking moved from a one-room office in the South End to a 2,000 square foot warehouse in South Boston’s Marine Industrial Park. In addition to same-day/rush trucking, my dad also provided warehousing and storage for a number of clients including Mass Financial, Quest Mailing, Spire and Community Work Services (to name a few).

So where do I fit in this picture? Well, growing up and even into college, I would work for my dad during school breaks and holidays, though I never expected to make my time at First Call into a career. However, my knowledge of the business was useful when my dad was hospitalized with pneumonia and pulmonary fibrosis during my final semester at UMass Amherst. I went to work for First Call, what I believed to be temporarily, while my dad recovered. Eleven years later I’m still here! For one, my dad’s recovery was long — in 2008 he received a double lung transplant – so my time at First Call stretched on for longer than anticipated while my dad’s medical treatments mounted. After a number of years merely “helping out”, I finally came to the conclusion that First Call had become a career, and a fulfilling one at that. The trucking industry can be maddening as you deal with a transient workforce and stringent delivery deadlines – but I love that it forces you to “think on your feet” and problem solve. I also love being self-employed as it affords me the luxury of cherry-picking the tasks that I enjoy and delegating out the rest.

Has it been a smooth road?
My father and I did not have a succession plan in place so when he was ready to retire, it was not as smooth as it could have been had we been more prepared. Additionally, we used to do a lot of work for mail-fulfillment houses and as the postal industry has weakened, so has the trucking services that have gone along with it. Finally, we undertook a massive project about ten years ago to deliver recycling bins to all the residents throughout the City of Boston. We’re talking about 150,000 recycling bins that we had to store, assemble, deliver, and track. I had not, up until that point, been the project manager for anything so large in scope so it was an opportunity to grow my skill set, yet one with a very steep learning curve!

So let’s switch gears a bit and go into the First Call Trucking & Courier story. Tell us more about the business.
First Call Trucking & Courier does a little bit of everything, logistically speaking; however, our “bread and butter” is same-day/rush trucking. Basically, we pick up and deliver mostly palletized freight that needs to get from point A to point B the same-day. We’re your local truckers! While the bigger companies that specialize in LTL and Linehaul shipping operate nationally, our delivery radius is mostly around Massachusetts and New Hampshire with the rare exception of traveling further when circumstance calls for it. Because we specialize in local deliveries we pick-up a lot of air and ocean freight – freight that comes into Boston on an airplane or container ship that needs “last leg trucking” wherein we pick up from a cargo terminal and deliver to the final destination. We also have a number of drivers who are TSA Certified/STA Cleared which means that we can also deliver freight to an airport and have it shipped by air to its final destination.

In 2008, we assisted the City of Boston and IPL Plastics, Inc in delivering 150,000 recycling bins to Boston residents. This project was a huge undertaking that took months of planning and manpower. We were proud to assist in Boston’s ultimate goal to become a more sustainable and environmentally conscious city.

Our sustainable competitive advantage lies in our customer service. Because we are such a small company, clients know that they can reach me directly for any sort of request – big or small. If I can’t help, I can assuredly point them in the direction of someone who can. I take pride in my work and I’ve been doing this for quite some time. I strive to maintain a level of accountability in service and fairness in pricing that some larger companies are not always able to uphold due to their sheer size and scope.

How do you think the industry will change over the next decade?
Yes, the self-driving truck is predicted to be universal in 5 to 10 years! I worry about the actual drivers because of this. However, I take comfort knowing that there will always be someone, like myself, who will need to manage the trucks and forward the freight.