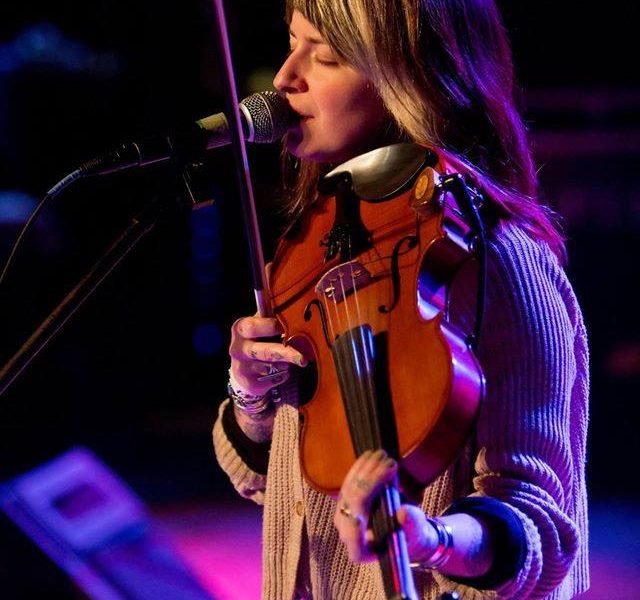 Today we’d like to introduce you to MorganEve Swain.

Thanks for sharing your story with us MorganEve. So, let’s start at the beginning and we can move on from there.
I am a musician. I’ve played the violin essentially my whole life, spending my college years gigging in bar bands and eventually settling in Providence Rhode Island, where I began a modest career in studio work and touring. In 2008, while on tour in Virginia, I met the man who would become my partner in both life and music. Already established under the name Brown Bird, Dave Lamb was nurturing a small but loyal following which would, in the next fast five years, evolve into a still-small but world-wide fanbase who feels like family.

I am a musician. I’ve played the violin essentially my whole life, spending my college years gigging in bar bands and eventually settling in Providence Rhode Island, where I began a modest career in studio work and touring. In 2008, while on tour in Virginia, I met the man who would become my partner in both life and music. Already established under the name Brown Bird, Dave Lamb was nurturing a small but loyal following which would, in the next fast five years, evolve into a still-small but world-wide fanbase who feels like family.

In 2013, Brown Bird’s last tour was cut short when Dave was hospitalized in Houston TX with severe anemia. We put out a call for help and within days our fanbase had donated enough funds for us to secure health insurance, fly home to RI and get admitted to Dana Farber. Dave was diagnosed with leukemia. In the next three months, he underwent two rounds of chemotherapy, we got married, and he received a bone marrow transplant, which required hospitalization in Boston for the better part of a year. During his recovery we continued to make music, recording at home and keeping our spirits up through our work. Although the transplant was technically a success, in March 2014 Dave suffered a severe leukemic relapse and on April 5th, surrounded by family and friends, he passed away.

I do not use words like “succumbed”, “lost his battle”, or “died.

I began The Huntress and Holder of Hands in 2015 as a vessel for exploring grief and growth.

Originally home-recorded using multi-layer tracks of voice and strings, The Huntress was initially a project which pulled creative energy from the experience of losing Dave- the months (and now years) of “magical thinking”, the inspiration he still infuses into me through the work he left behind.

With the ambition to perform live and explore beyond personal grief, The Huntress and Holder of Hands expanded to a 5-musician band, employing cello, string bass, electric bass, voice and drums, with me primarily on five-string viola and guitar. The band builds harmony, string and bass-driven pieces influenced by Post-Metal, Blues and Americana and offers an intense musical and lyrical experience that explores love, loss, power and strength.

I finished and released Brown Bird’s last record, ‘Axis Mundi’ in June of 2015.

The Huntress and Holder of Hands self-released The Water Street Demos EP that November. The band’s first full-length album, Avalon, was released on September 15, 2017.

I am now employed as a violin technician, repairing stringed instruments and bows. I treat The Huntress and Holder of Hands as a business and a legacy and continue to promote Brown Bird through online merchandise sales. The Huntress tours as often as we can and is planning a second album in the coming year.

Has it been a smooth road?
People always think that playing music for a living means you don’t work. There is too much emphasis on the word “play”. Being a performer or a creative of any sort is taken for granted by many of us, sometimes even ourselves.

When Dave got sick, we’d been touring something like the equivalent of 9 or 10 months out of the year. We were exhausted. Dave had been struggling with his energy levels and we thought he was just drained from the amount of driving we were doing, and the incredible amount of stamina required of him on stage. When he was hospitalized (originally without insurance, because what self-employed musician can afford it?) we were met with our biggest challenge to date. I will forever be beyond grateful for our friends and family who showed up, drove our van home, helped us get flights, and eternally, eternally, for the people who donated money to us and eased the burden of that year and the coming ones in which I dwelled in the deepest darkest grief.

Playing music is something I’ve always done. Two weeks before my 29th birthday I was suddenly unemployed, lost, widowed. The rug had been swept out from under me. Two months later I was determinedly working on finishing Brown Bird’s last album release, Axis Mundi, because if I wasn’t working on music, I literally didn’t know what to do with myself. Dave and I had recorded demos at home, which engineer Seth Manchester and I worked off of, in my home, adding and fixing parts that could be fixed and ultimately completing what I humbly consider Brown Bird’s masterpiece. There was no other choice for me. Making music and finishing what we started became the most important thing in my world.

And that’s how The Huntress and Holder of Hands was born. Soon after Axis Mundi was completed, I started writing new music, certain that Dave was influencing my every move. Grief is a complicated and confusing thing. For as unhinged and incapable as I felt, I also felt blazing and fueled by something other-worldly. I had the unexpected privilege of having saved money to live off of while I floundered and struggled to figure out who I was now and what I could do to make money and regain sanity. The band began playing shows, recorded an album. In the meantime, I approached an old friend, also recently widowed, who owned a violin shop and asked if he needed any help. I often worried that being self-employed since my early 20s had rendered me unemployable and was elated to be welcomed into the violin shop, first as an assistant, then as an apprentice and now as a fully employed violin technician and apprentice. Working on instruments and bows has given me skills I never thought I’d be capable of, and fueled my brain to emerge out of the fog much of the past four years have been spent under. The shop allows me to learn new things, exist in a world I’m comfortable in-surrounded by the instruments I’ve always played- and to nurture a creative life outside (and inside) the work I do. Making ends meet is challenging, but I am proud of the work I do, grateful for the folks who support me (as fans and as donors to my patreon.com, and interesting platform for creatives trying to thrive on their art) and honored to be able to pursue The Huntress and Holder of Hands and continue the legacy of Brown Bird.

Let’s talk a bit more about your work – what else should we know?
Brown Bird, which Dave began in 2003 and which underwent several personnel changes before settling as a duo, released six full-length records and two E.P’s in its 11 years of existence. We toured extensively in the US with brief bouts in Europe, Brazil, and Canada, most notably as direct support for The Devil Makes Three, Trampled By Turtles and Yonder Mountain String Band. Musically, Dave consistently bent the boundaries of the genres imposed on him and challenged his abilities as a performer and writer, always determined to produce the best music he could. Similarly, I was challenged to expand to playing cello, upright bass, viola, and electric bass. Always insisting that we were “not a folk band”, Brown Bird pulled inspiration from the music we loved— Middle-Eastern psych-rock from the ‘60s and ‘70s, intricate post-metal, the music of the Balkan gypsies— and paired it with lyrics that illustrated and questioned the world around us.

I’ve tried to continue that trend with The Huntress and Holder of Hands. We’re never quite sure how to describe our “genre”, and that’s something I’m proud of. We’re a little heavy, we are three sometimes four female voices, we are bottom-heavy and harmony-driven. We’re a challenge for sound engineers, with two basses (one electric, one bowed stand-up) and a cello and amps and full drums, but we are powerful and emotional and most importantly make our audiences feel something.

How do you think the industry will change over the next decade?
The music industry is impossible to predict. The less I think about it, the better. I have humble expectations. I know I will continue to play music- both as a hired studio musician (morganeveswain.com) and as the frontwoman of The Huntress and Holder of Hands. I am happiest on the road, and when my music is my main support. Hopefully, we will release another album, do some more extensive touring, and get ourselves to a level not unlike the one Brown Bird enjoyed. 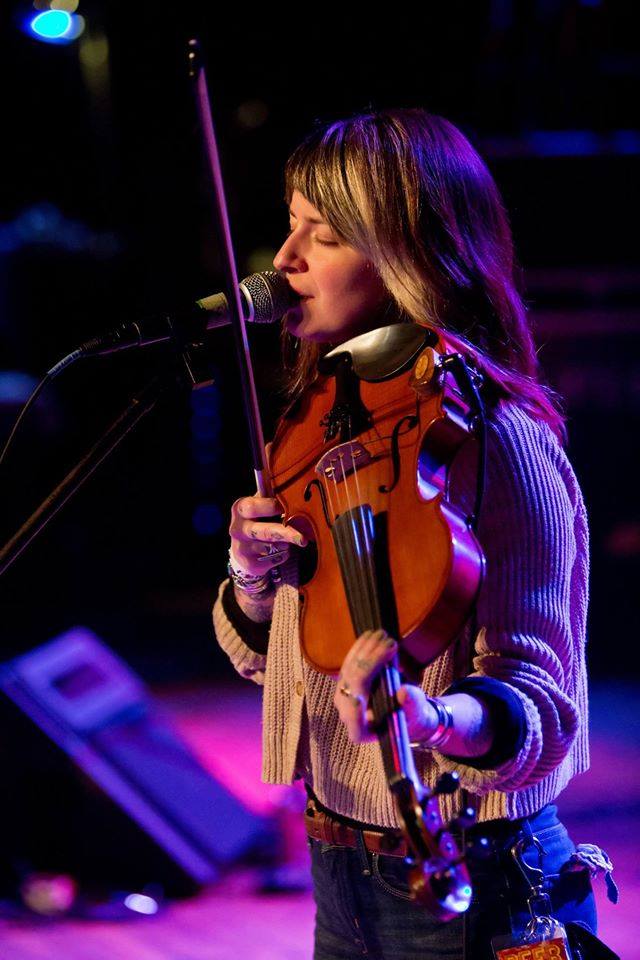 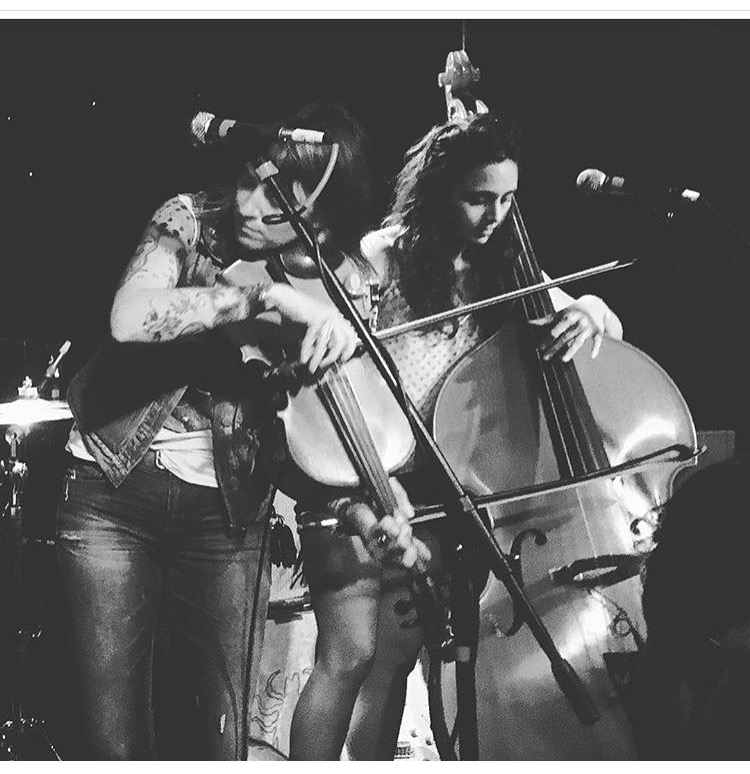 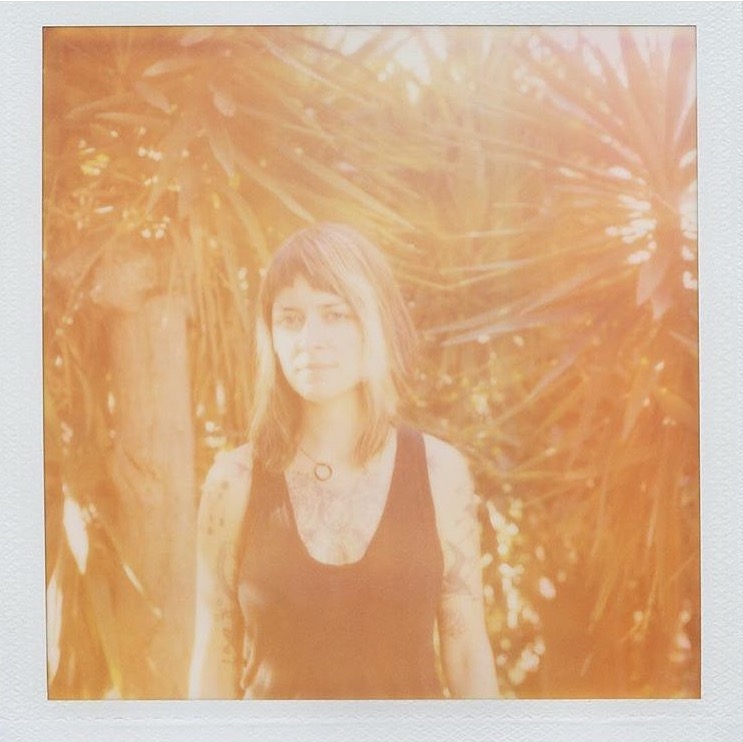 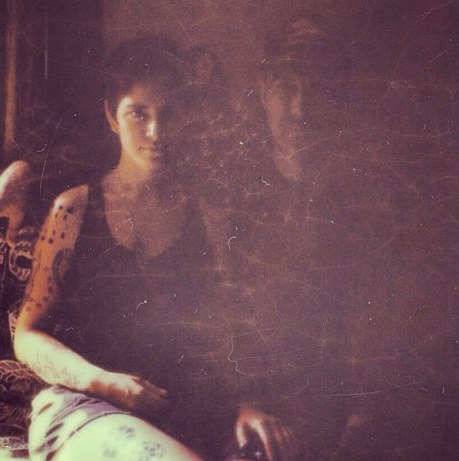 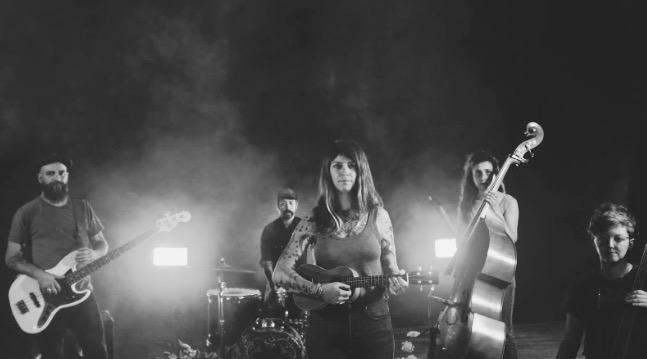 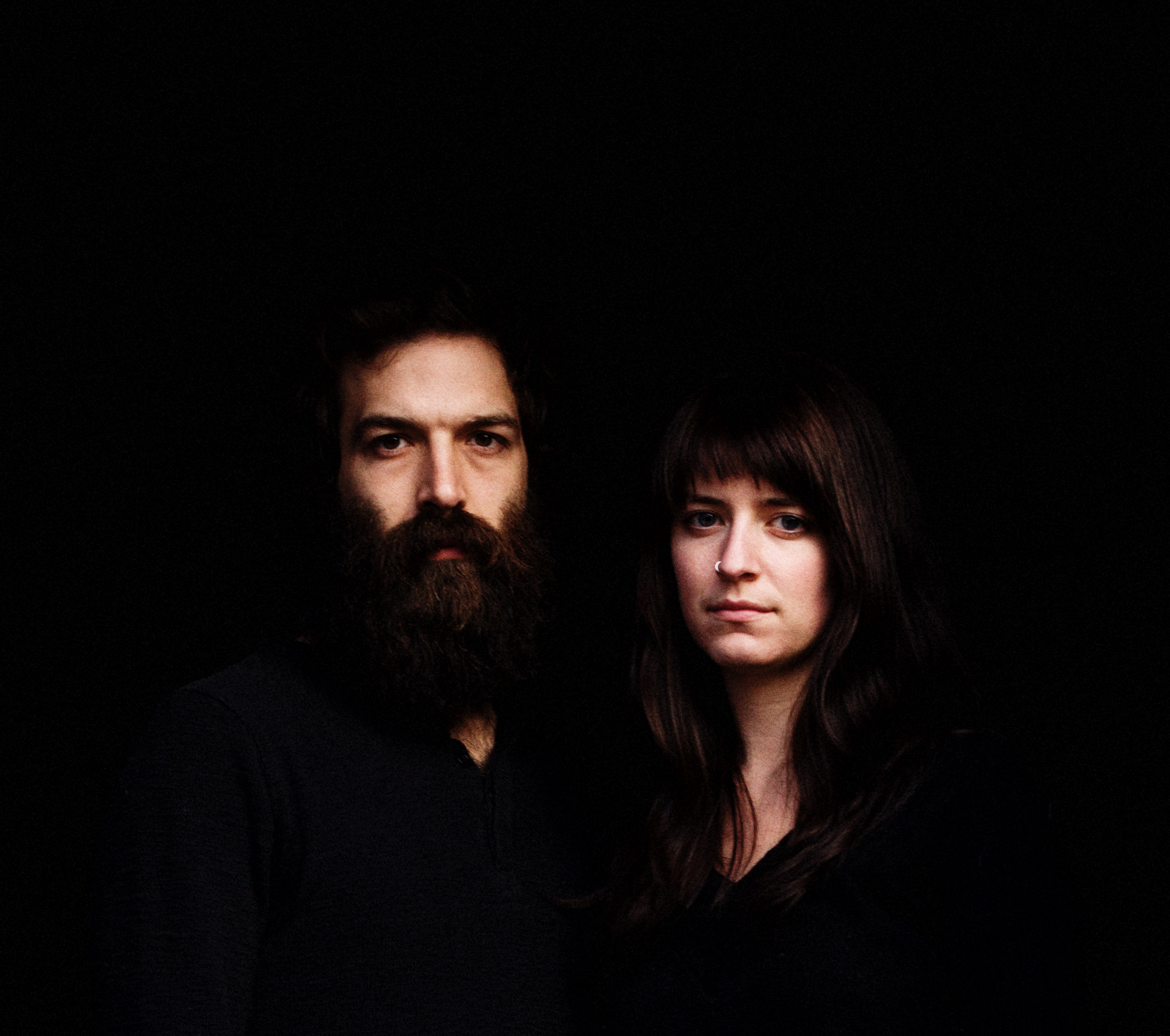