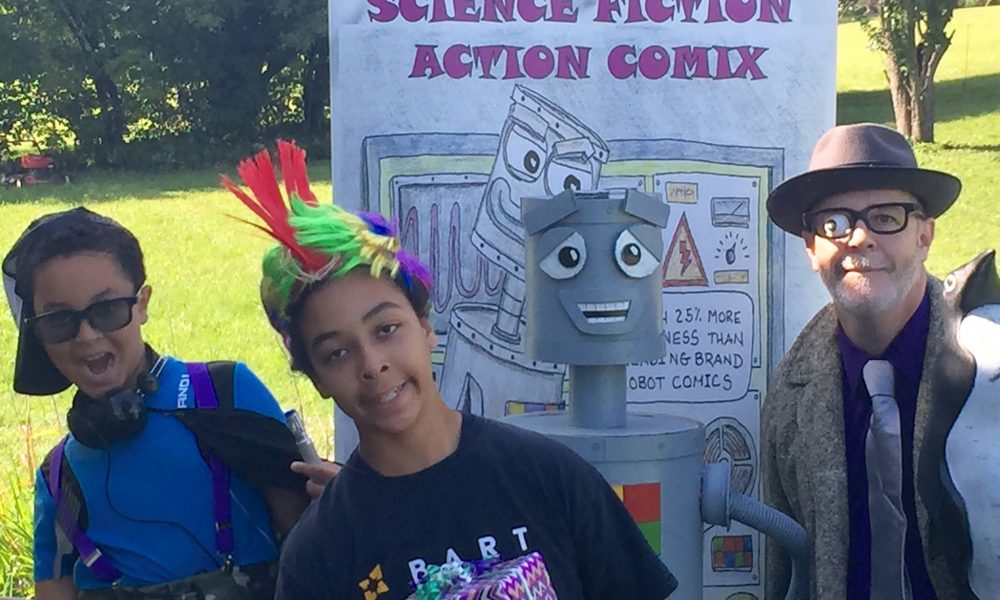 Today we’d like to introduce you to Michael Mongue.

Michael, please share your story with us. How did you get to where you are today?
Awesome Robot Science Fiction Action Comix has a peculiar history. It was never meant to be published. It started as letters left in my oldest son, Diego, school lunches. Sincere messages of encouragement like, “Have a great day at school”, or “Eat your lunch and work hard” soon dwindled. They were replaced with irreverent messages of a stranger nature. “Don’t eat cake from the cafeteria garbage pail”, said one lunch bag insert. Good advice, I thought. The weekly panels continued into a series of panels that would become the source material A.R.S.F.A.C., Book One. The book was not written chronologically. Some of the earliest panels were drawn on lined notebook paper. We hoped to achieve a sort of “the kid who doodles in class instead of paying attention look”. They were all redrawn later when Diego and I made the decision to discontinue that look. Wanting to keep an accessible look to the panels, everything is hand-drawn and lettered. Diego was crucial in that decision. Before long my youngest son, Garcia, joined in the creative efforts. The boys are my primary allies on this project. They are responsible for its style. With their assistance and input our story line expands. They provide jokes and plot ideas. The Awesome Robot story is a whimsical journey of a wisecracking robot named Dennis who crash lands on a foreign planet and his misadventures trying to get back home. The irreverent, illustrated series combines 1950’s Sci-Fi movie clichés and pop cultural satire into a rollicking romp for rabid readers. It functions simultaneously as a kid’s and as a parody of a kid’s book.

Great, so let’s dig a little deeper into the story – has it been an easy path overall and if not, what were the challenges you’ve had to overcome?
The biggest challenge is the business of keeping the project operating. The production costs are relatively low, since we do nearly everything in house with the exception of using a commercial printer. However, the challenge comes in the distribution and sales of the book. We have been able to continue the project through a heavy schedule of personal appearances where the bulk of sales are made. Since 2013, we’ve appeared at numerous regional comic book conventions, street fairs, elementary school events, public library shows, and book store appearances. The sales made at these events pay off on project and fund the next. We’ve been fortunate enough to produce six book projects in the series. But as a small independent book project, each sale is hard won.

Awesome Robot Science Fiction Action Comix – what should we know? What do you guys do best? What sets you apart from the competition?
The Awesome Robot books series is truly a cottage industry in our home. Every family member contributes to the success of the operation. The book is written collaboratively between myself and the boys; Diego age 15 and Garcia age 10. I am the primary illustrator for the series. Diego contributes the tag art graphics which feature prominently in the later episodes and much of the artwork that appears in our Facebook posts. My wife Gina manages our social media presence, books our public appearances, and works closely with the printers to produce an attractive product at a reasonable cost. The boys and I travel around doing public appearance in order to promote our work and sell books.

One interesting aspect of our series is that our book characters are self-aware. The material is presented as if Dennis is an actor in a story which may or may not be his own. Breaking the fourth wall, he interacts with his authors. Wendy, the publisher of the original four episodes, is depicted as a disembodied voice over and intercom a la “Charlie’s Angels”. Dennis will break character and routinely address the audience directly.

What moment in your career do you look back most fondly on?
I joke with my boys that I never want to ruin the fun of the project by making it educational, but the benefits they have gained from it are remarkable. They’ve really grown with the project. They’ve learned business skills like marketing and bookkeeping. They can set up our elaborate comic-con display with a professional efficiency that will rival any adult vendor. To see them, be able to get up in front of an audience and address a crowd with confidence and humor is especially gratifying. 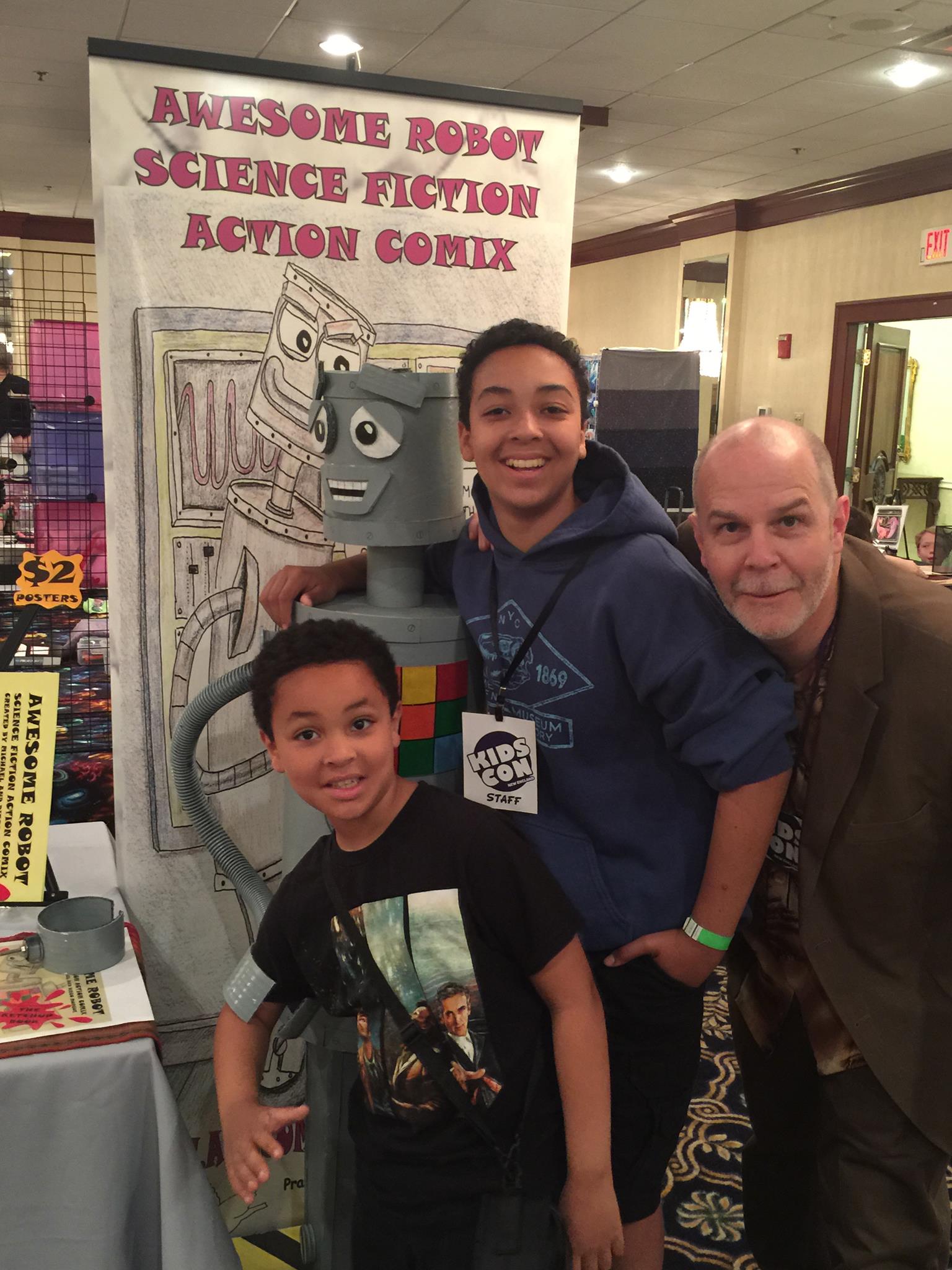 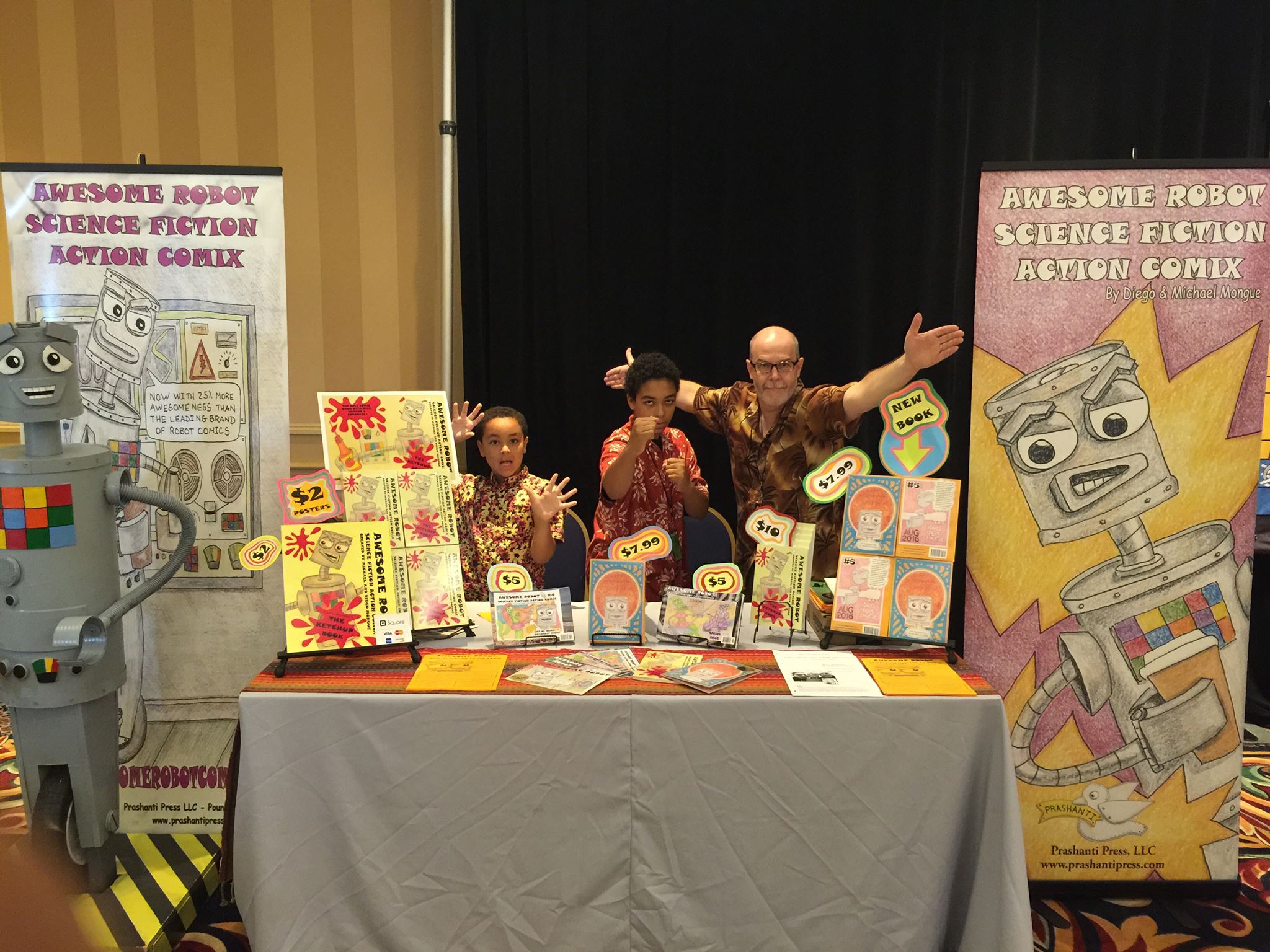 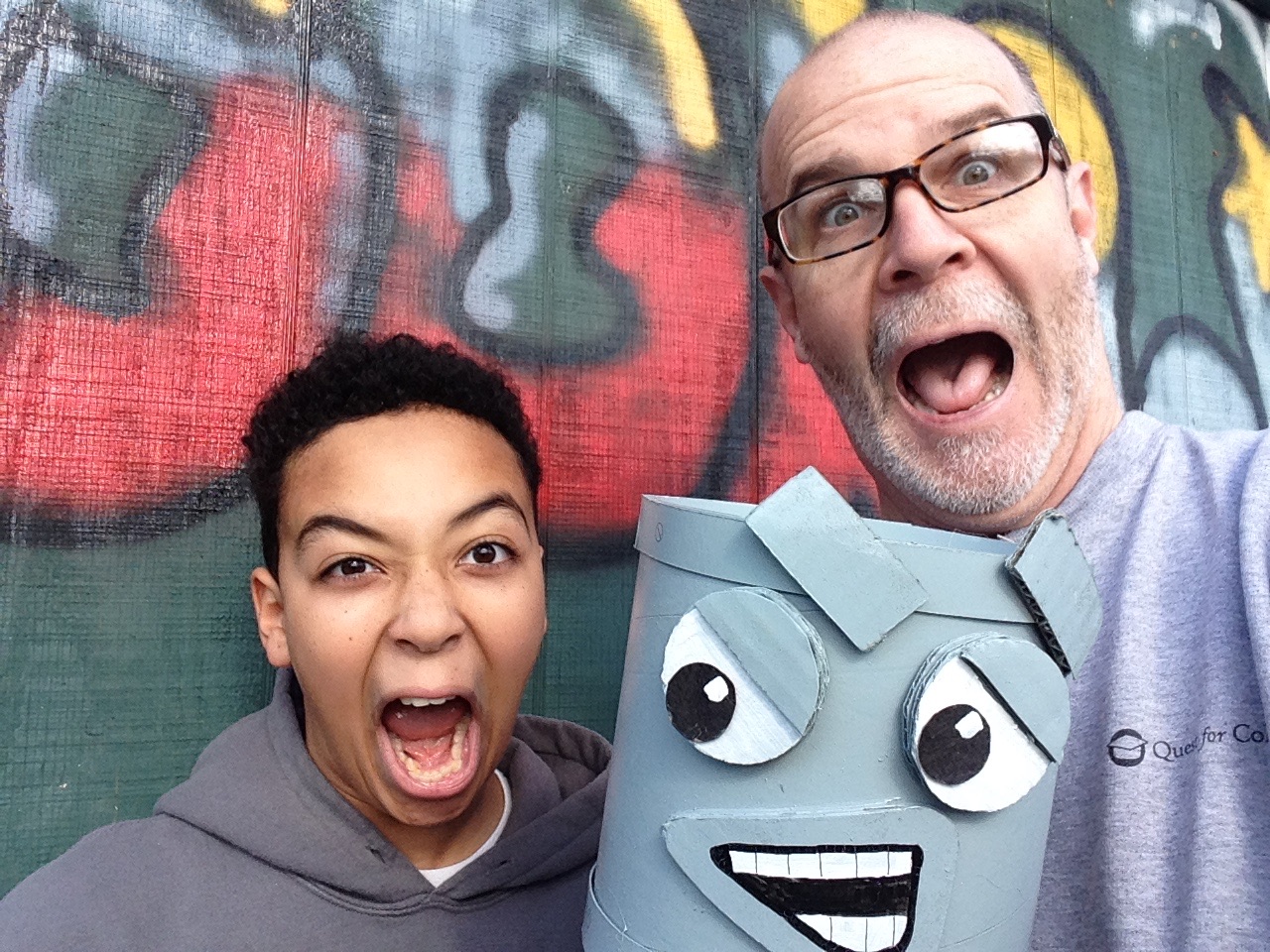 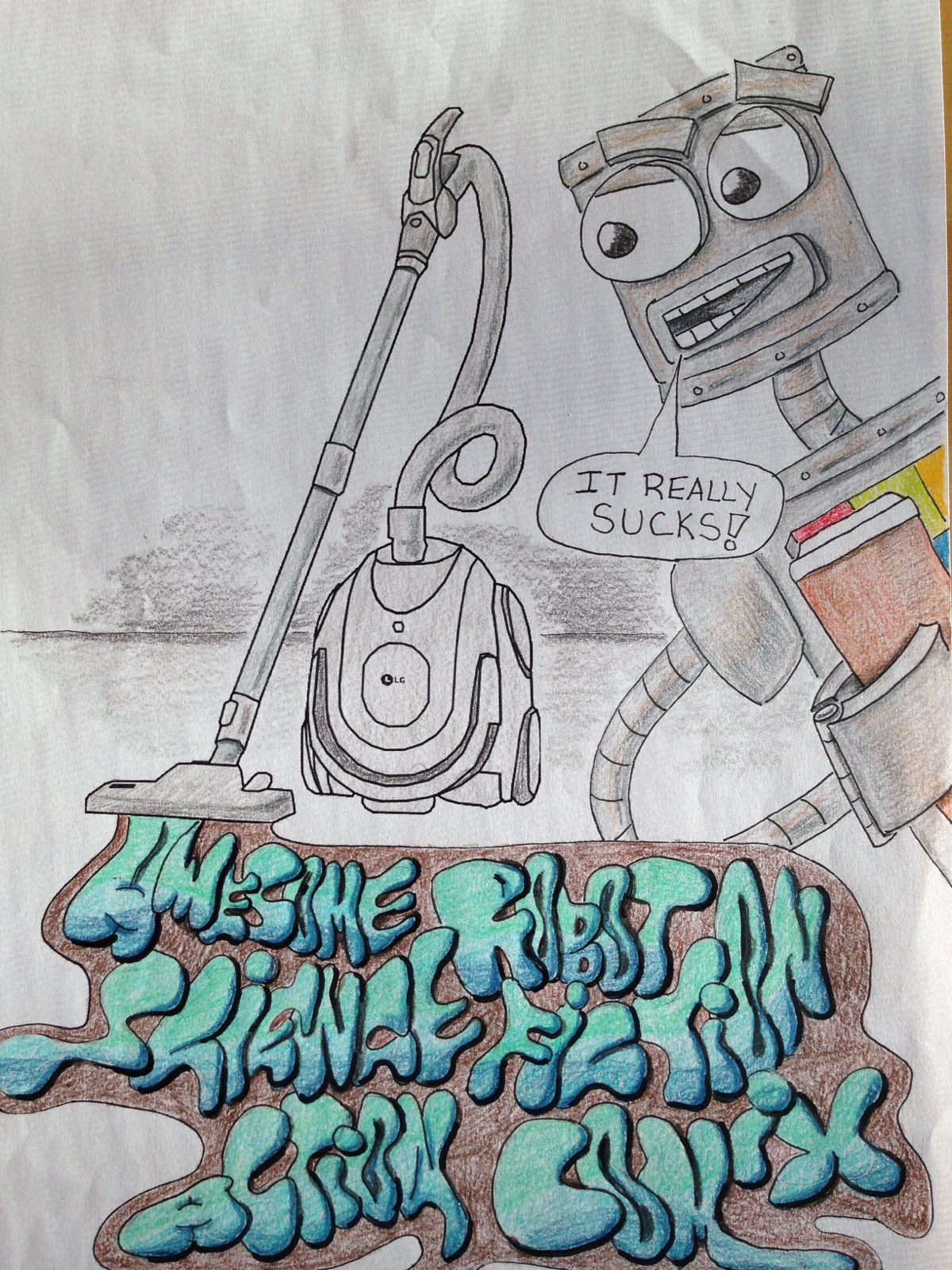 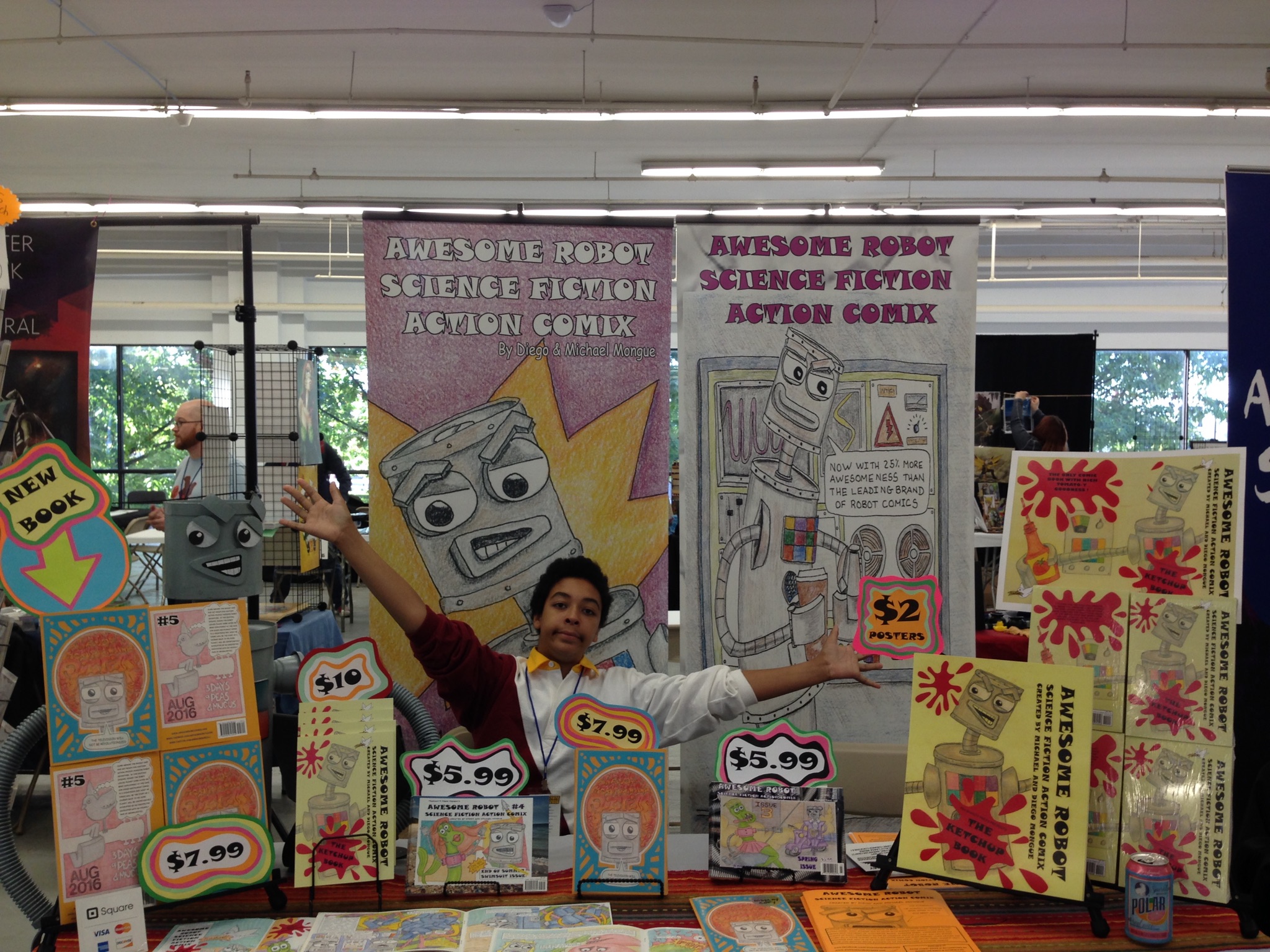 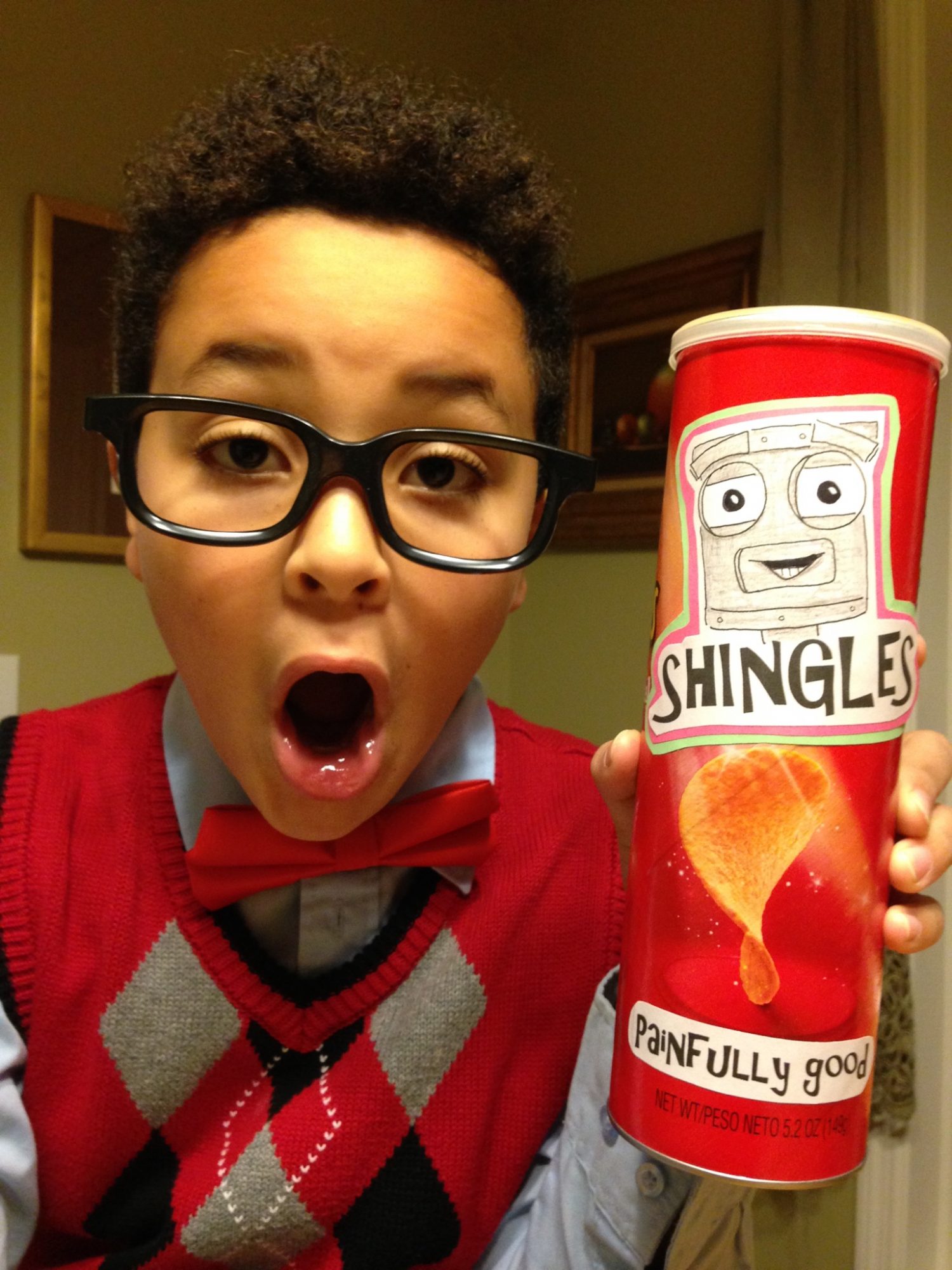 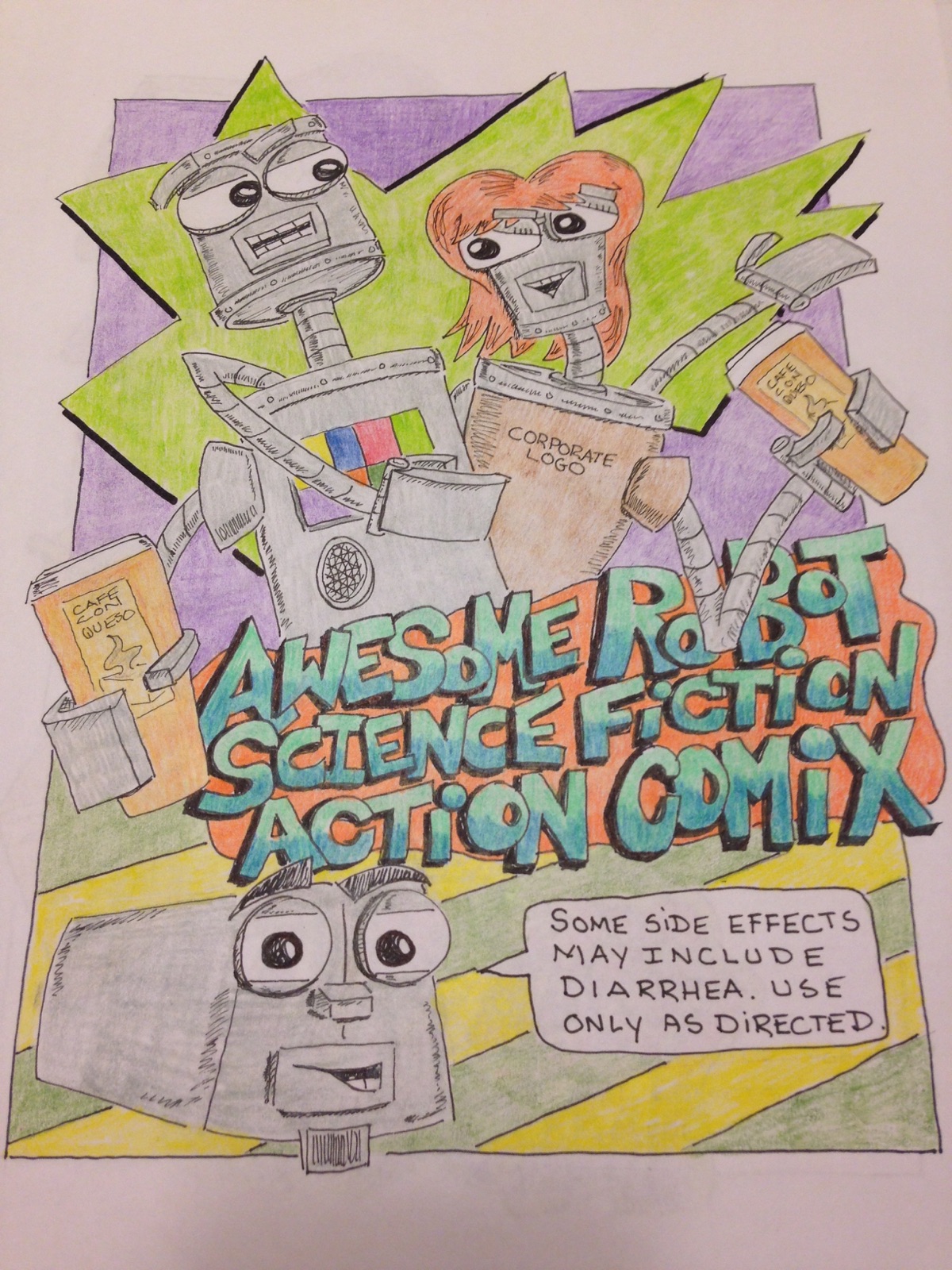 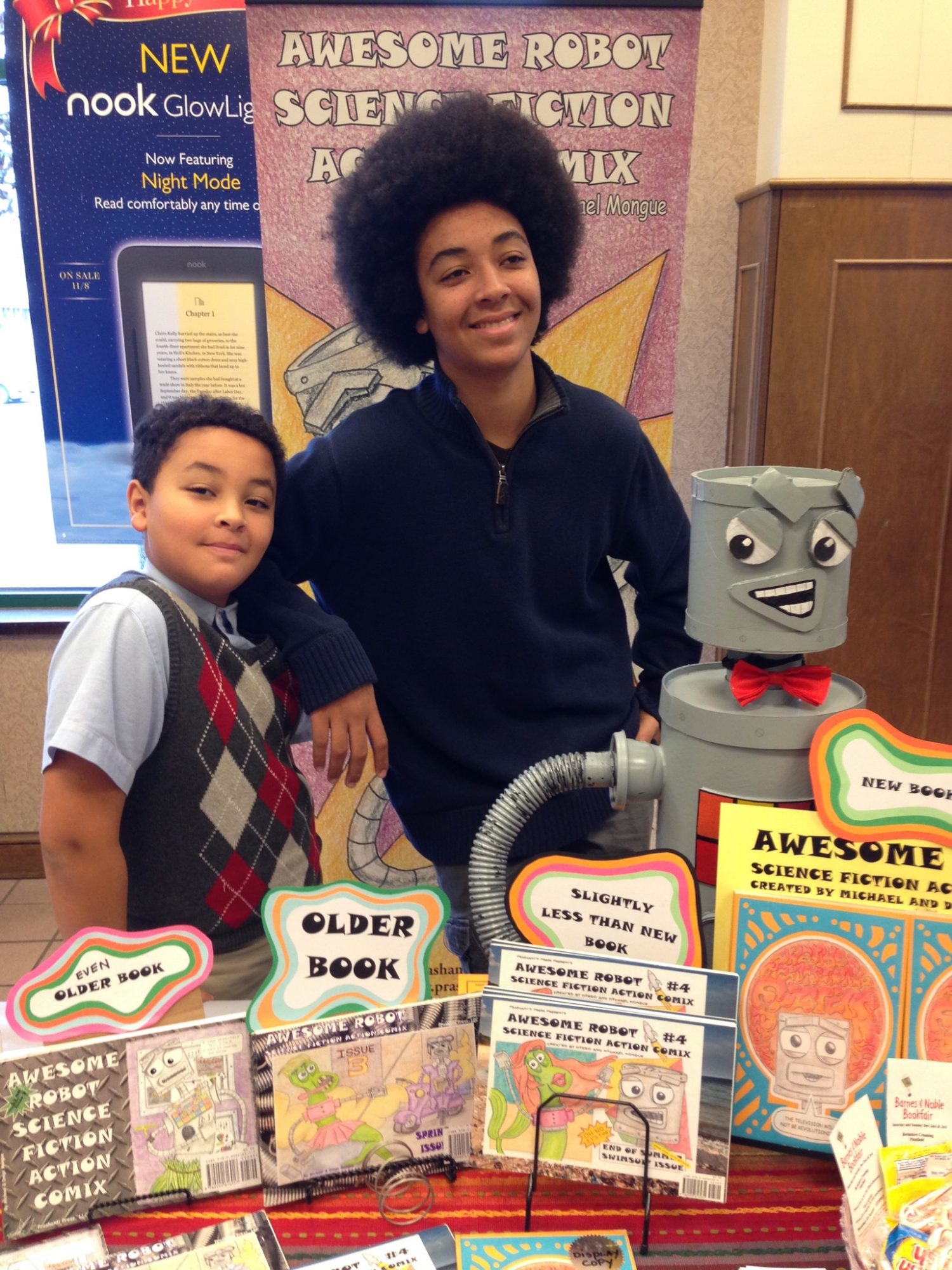