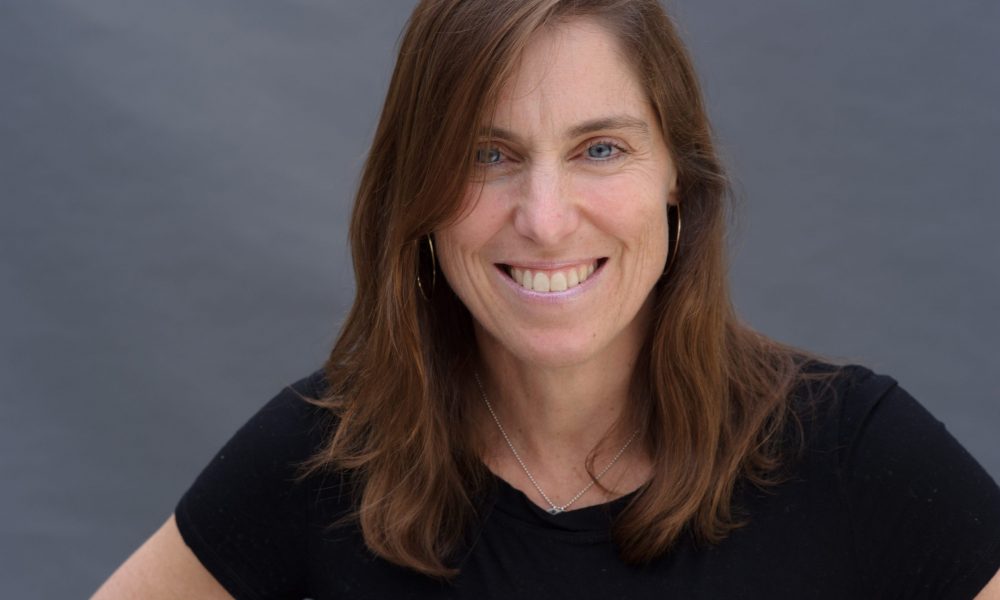 Today we’d like to introduce you to Mary Mazzio.

Mary, let’s start with your story. We’d love to hear how you got started and how the journey has been so far.
Our film company, 50 Eggs, began in 2000 with the release of our first documentary film, A Hero for Daisy. We learned so much with that very first project with lessons that would inform all of our work. Called “a landmark film” (The New York Times); “fantastic” (Sports Illustrated); and “remarkable” (NPR), A Hero for Daisy is about two time Olympian Chris Ernst, who galvanized her rowing team to storm the Yale athletic director’s office in 1976 to protest the lack of locker room facilities for the women.

As a first-time filmmaker, this film represented so much of what I cared about: social change; gender equity; cultural and social stereotypes of what and who women should be; and the sport that I loved. As a mother with a new baby girl, I wanted my daughter to know that irrespective of what she looked like or what society expected her to be, that she could go out and get dirty and sweaty and fully explore her limitations and what might be possible. And I embarked on this project with not a shred of credibility or any sort of film resume. The project’s success was directly attributable to the passion and dedication of the team around me, starting with Margie Sullivan, who at the time was running production for Arnold Advertising. Someone sent me to see Margie for advice and not only did Margie share her thoughts, but, with incredible generosity of spirit, she also pulled in every favor across the city of Boston, making the project actually possible. Margie has been our fairy godmother since Day 1 of 50 Eggs. The rest of the crew, from Rebekah Michaels who shot the film on pennies; Noreen Breslin Moross who donated her editor, Collin Cameron, Ruth Mendelson with a brilliant musical score, and the many others, created such a compelling beautiful film which has withstood the test of time.

A HERO FOR DAISY launched my career as a documentarian and that project led to the next project, which allowed me to quit my day job. Fast forward 17 years, and each project since has been all about a social issue and moving people to action.

Great, so let’s dig a little deeper into the story – has it been an easy path overall and if not, what were the challenges you’ve had to overcome?
The road to success is always paved with setbacks and failures – and the key, as I learned in my athletic career, is what you learn from each failure. As an athlete, I used to attribute failure to bad luck instead of something I could have control over. If I lost a race as a rower, I’d think “well, the water was too rough and I don’t do well in rough water” or “she’s so much bigger and more powerful.” It took a long time (and some remarkable advice from a role model of mine in the sport, Chris Ernst, who became the subject of my first film) to own my failures and to analyze and learn from them. And, in the process, to commit fully to the task at hand. Those lessons learned on the rowing course translated into an opportunity to race at the Olympic Games, but more importantly, become a better, more responsible, committed person as a whole, whether it was on the racecourse, in my career, or as a wife, mother, and friend. With respect to my career, my attitude is this: if you give it 110%, win or lose, only positive and good things will happen. Never quit. Keep pushing until the very end. It’s not over until the fat lady sings.

Please tell us about 50 Eggs Films.
50 Eggs Films is a company dedicated to making films having social impact, projects which motivate people to action. I am so proud of the group of people who have come together, our team, to create beautiful work, but work that has inspired viewers to action. Thematically, I am drawn to underdogs, people who, through sheer determination, figure out a way to climb impossible mountains. Our newest film, I AM JANE DOE (http://www.IamJaneDoeFilm.com) chronicles the legal battle that several American mothers are waging on behalf of their middle-school daughters, who were trafficked for commercial sex on Backpage.com, a classified advertising website.

The film has been called “a gripping legal thriller” (Esquire); “a powerful call to action” (The Los Angeles Times); “striking…powerful” (The Film Journal), and has captivated both critical and popular press alike, with coverage on NBC Nightly News and in The New Yorker, Cosmo, Vogue, and People Magazine. This film has helped to catalyze not only awareness of the issue of child sex trafficking, which happens in staggering numbers in the United States, but also congressional legislation, investigative reporting, and other lawsuits.

Do you look back particularly fondly on any memories from childhood?
My mother always used to say this: “Mary, you are always there when the bus comes.” I loved that line. Because she meant that I take advantage of every opportunity, every piece of sun that comes our way. And that I go for it, no matter how impossible the task at hand may seem. My mother always thought I could do more than I, myself, thought could be possible. When I was training for the sport of rowing, tickets for the Olympic Games had to be purchased a year in advance. My mother, who had just two nickels to rub together, called me. “So, what are your chances,” she asked. “Mum, I am feeling good, but no guarantees.” I had stroked the US team quad at World Championships, but knew that I did not have a sure seat. Particularly because the coach had just pulled me aside and told me that I would be invited to Olympic camp, but only as a pace-horse of sorts. He just didn’t see me making the Olympic team. I told my mother and what did she do? She hung up the phone and ordered her tickets and airfare that very day. It was touch and go that entire year leading up to the Games, but my mother’s confidence was unwavering. Much of success for anyone is a combination of luck, of opportunity, but the key factor is work ethic and being there when the bus comes.