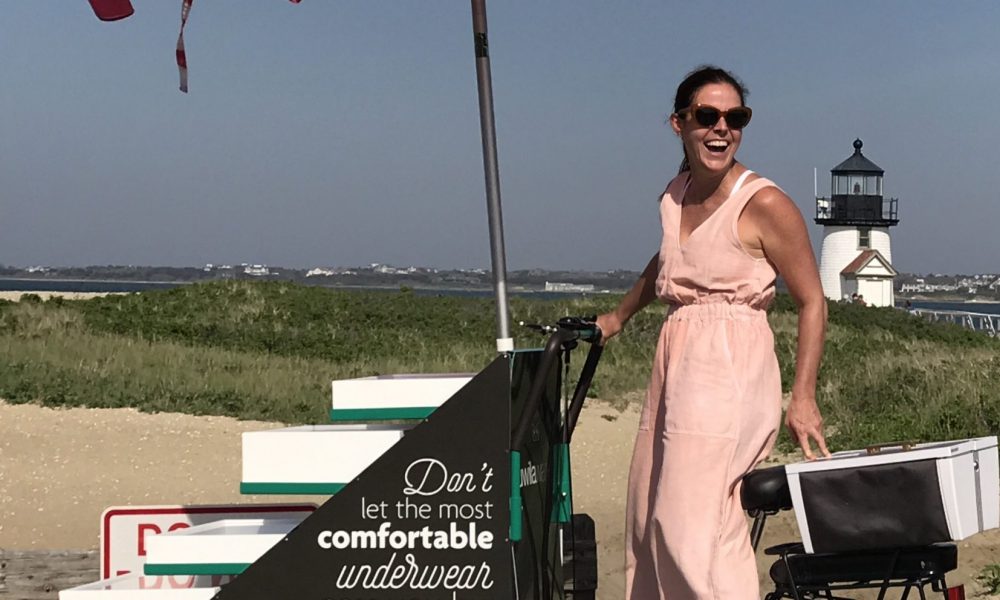 Today we’d like to introduce you to Lisa Mullan.

So, before we jump into specific questions about the business, why don’t you give us some details about you and your story.
It all started in an underwear drawer. It really could have been almost any woman’s underwear drawer, but it was ours. It was filled with all kinds of underwear that shared a couple of commonalities: It was beautiful, and it didn’t fit.

My co-founder, Natalia Martorell and I met at Cornell and subsequently were roommates in NYC while I was attended graduate school for an MBA and Natalia worked as an early employee of, what was then a hot startup, Marc Jacobs. We lived in a dingy fifth-floor walk up on the Upper West Side, had no money, and were dressed head to toe in couture Marc Jacobs samples.

After all, women shouldn’t twist their bodies and lifestyles into underwear that only fits sometimes – they should have unapologetically colorful, beautiful, and comfortable underwear that fits every moment of their lives. In 2015, the timing was right to come together to build Uwila Warrior.

At that point, I reduced to a part-time employee at HubSpot while Natalia had recently left Marc Jacobs. We started Uwila Warrior to make underwear that didn’t require tugging at panty lines and suffering through thongs. Underwear that was not about pleasing someone else, but instead celebrated a woman’s body. Underwear so comfortable, you couldn’t even tell it was there.

We launched in late October of 2016 and have been building our e-commerce and wholesale business ever since. Our products are an expression of freedom – featuring spirited colors, cheeky sayings, luxurious silk, and ornate lace. Because why does your underwear drawer have to be boring?

It’s designed to fit around your body, to hug your every curve and is made with lightweight moisture-wicking fabric to keep you cool and dry all day long. After all, less time worrying about your underwear means more time kicking ass!

We’re always bombarded by how great it is to pursue your passion, etc – but we’ve spoken with enough people to know that it’s not always easy. Overall, would you say things have been easy for you?
Find me a startup that has not had any struggles! Ours include, but are not limited, to the following:

-The name of the company originally was The Intelligence Bureau. We trademarked our owl logo and the name and launched a “coming soon” splash page on our website only to be attacked by loads of cyber traffic. We had not realized the Pakistani equivalent of the secret service also calls itself “The Intelligence Bureau”.

-Product development originally began in Italy… where there were delays and more delays. The final design out of Italy was pretty awesome, but it did not come without multiple iterations and troubles with fabrics, high costs, and crazy duty and shipping fees. Silk fabric is sourced from China.

In order to make our silk collection, we were shipping fabric from China to Italy (where we manufactured) only to ship the final product to the US. It made zero sense and our economics was on its head. We’re through a manufacturing shift to Asia… where our silk production has seen vast improvements.

There are more… Frankly, the first is the most unusual struggle to run with.

So let’s switch gears a bit and go into the Uwila Warrior story. Tell us more about the business.
I like to show our brand and what sets us apart from other brands using the following list:
-Uwila Warrior–
-Bold
-Beautiful on your body
-Beautiful under your clothes
-Intelligent
-Comfortable to wear
-Humorous
-Silky
-Refined
-Tasteful
-Sexy
-Luxurious
-Personal

Other Brands:
-Shapeware
-Boring
-Cheap
-Trashy
-Bland
-Granny
-Uncomfortable
-Scratchy
-Athletic Wear
-Going to give you a wedgie
-Or a panty line, for that matter 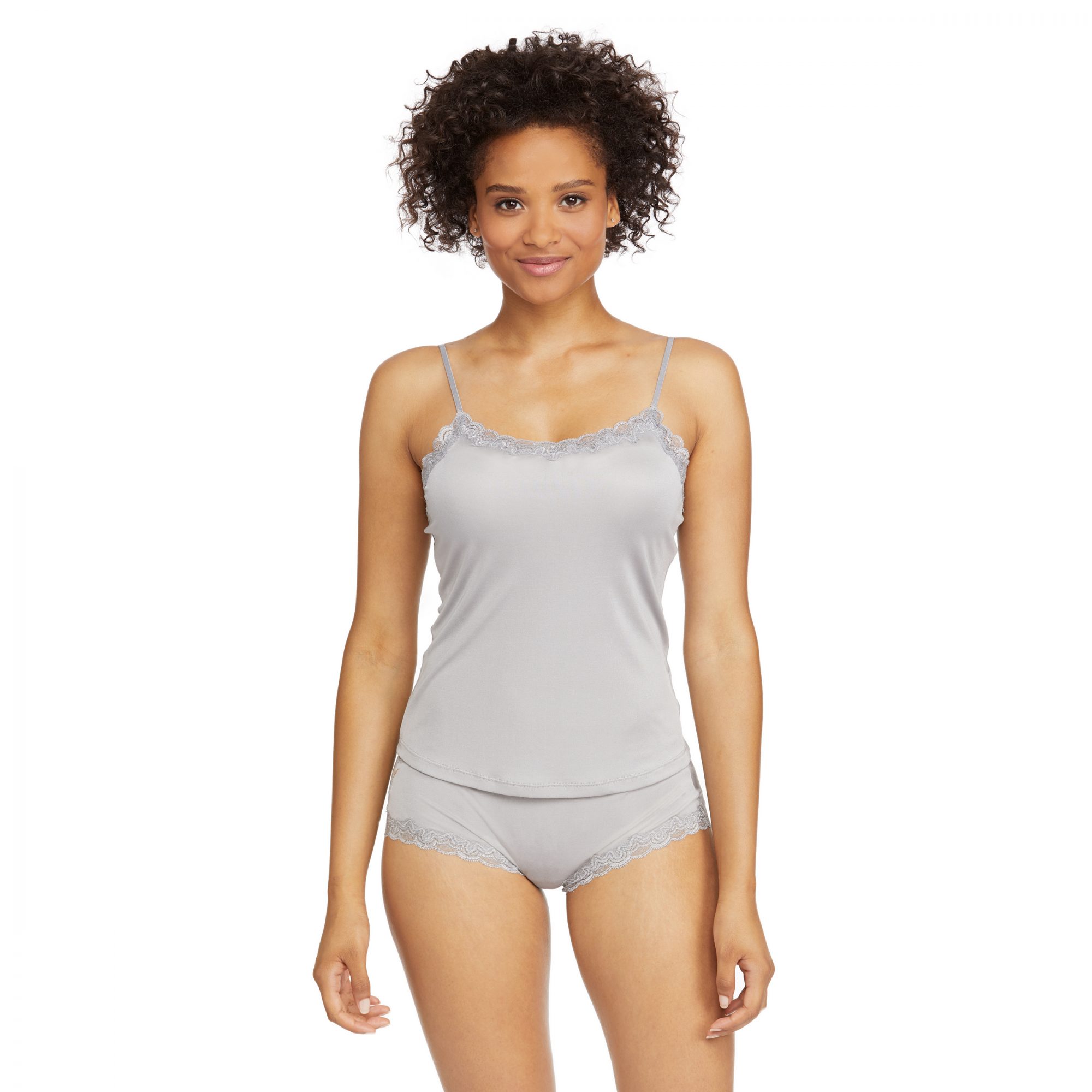 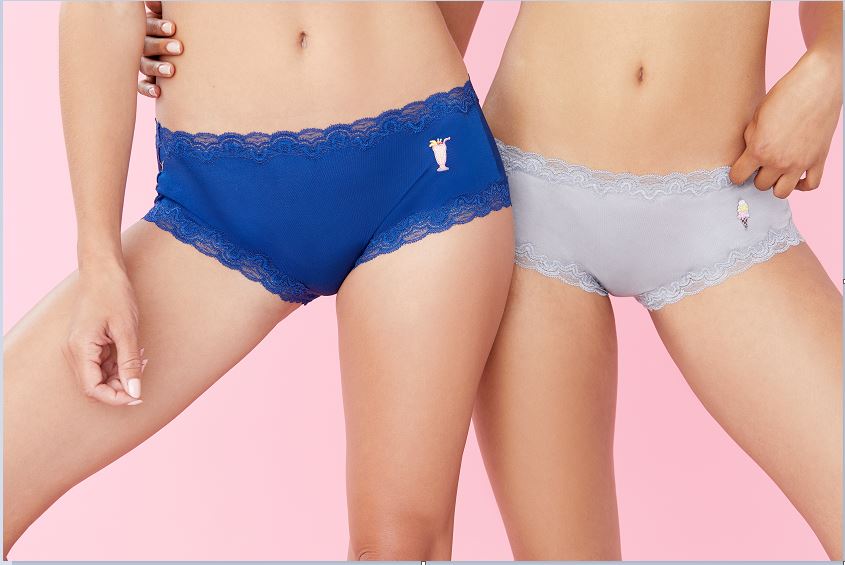 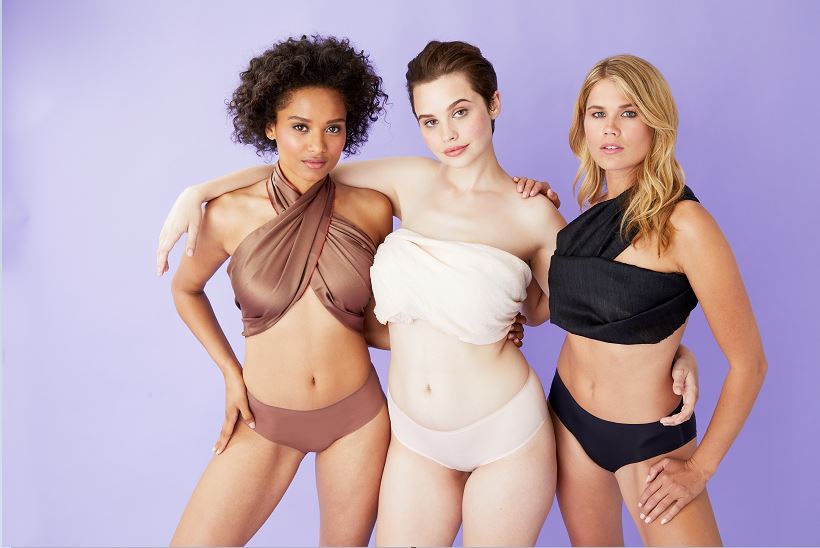 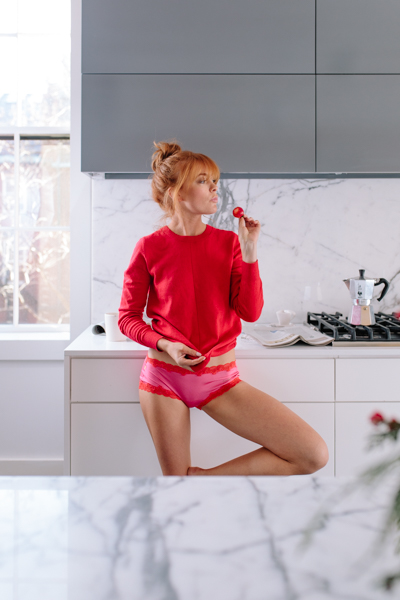 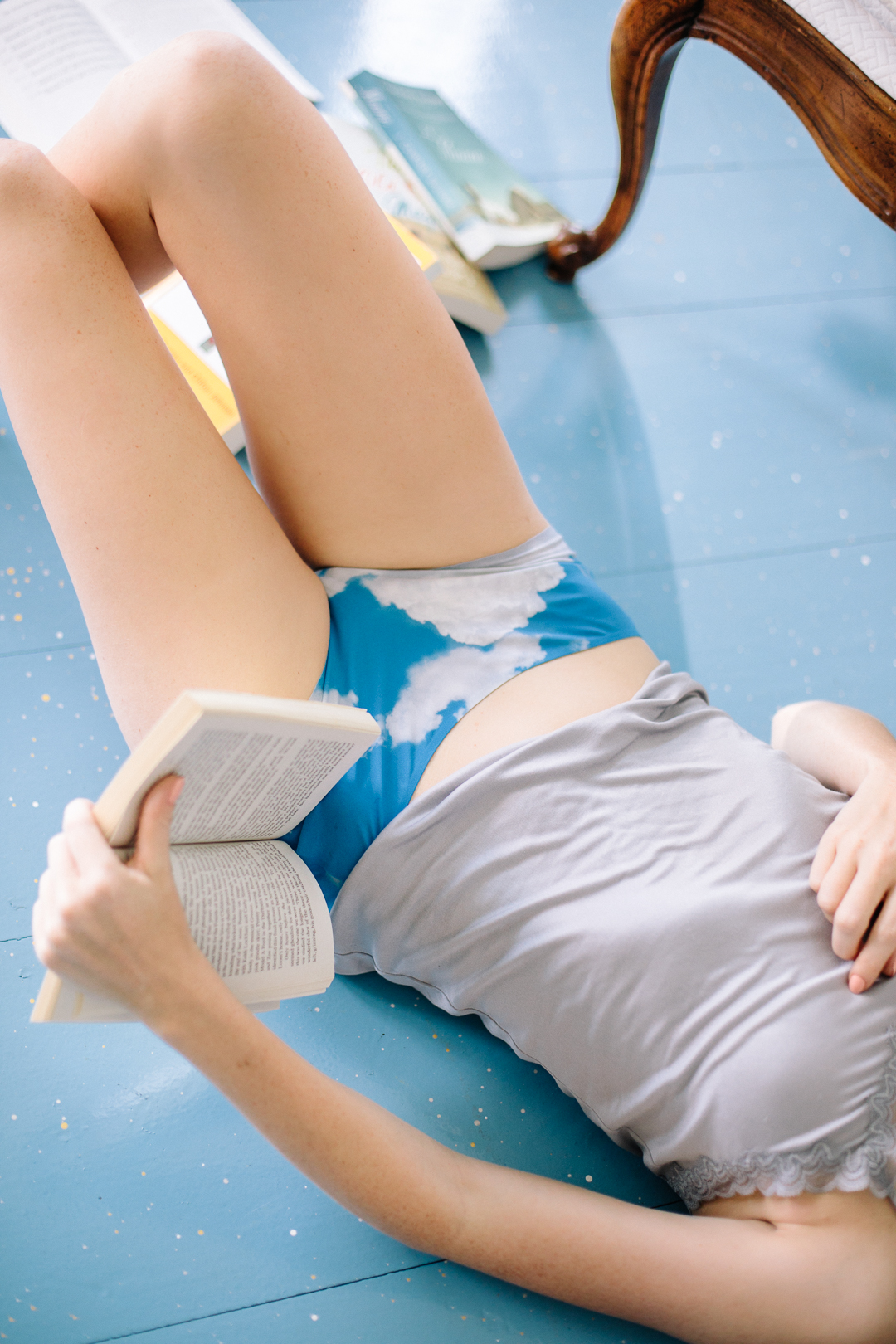 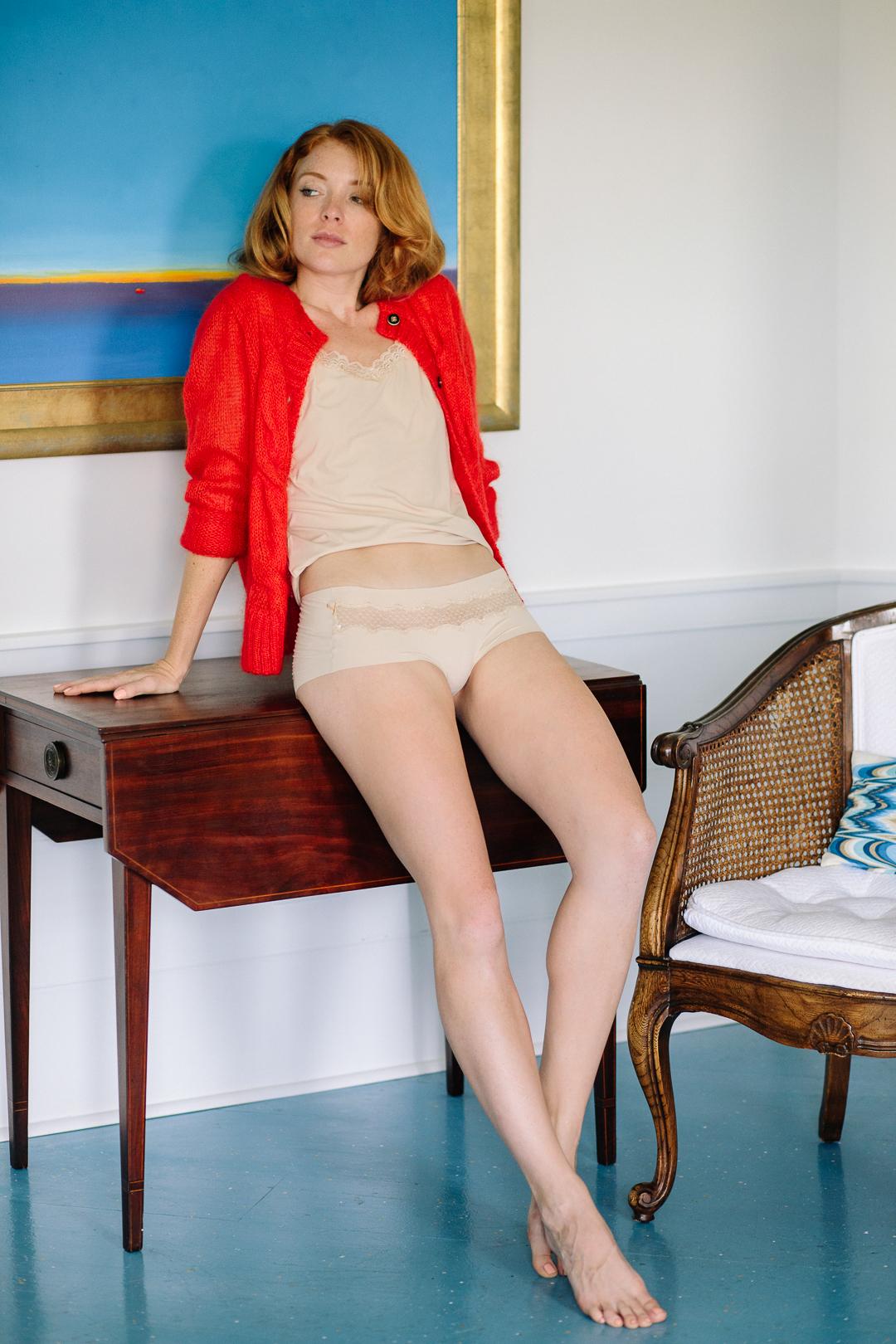