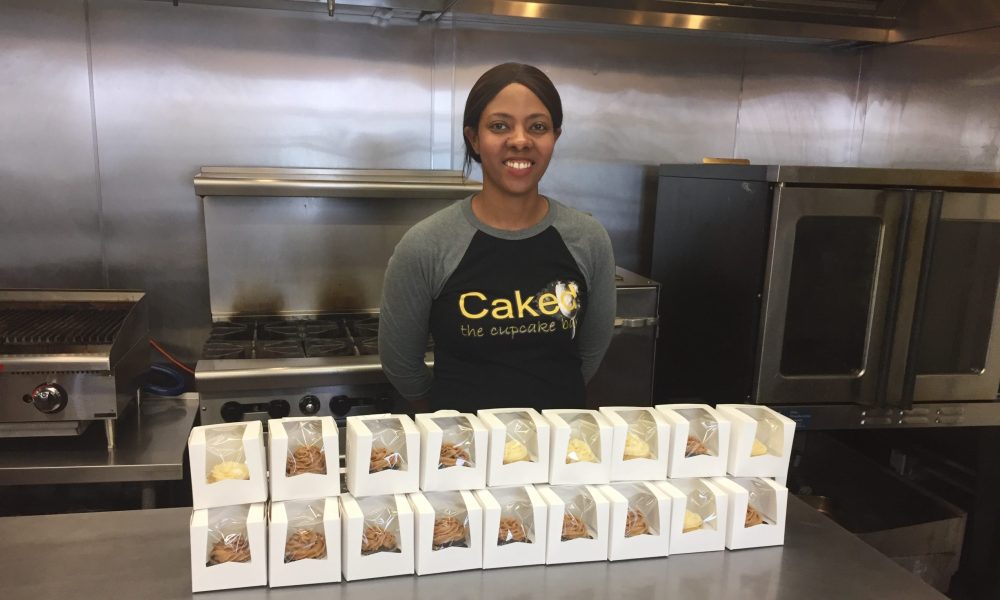 Today we’d like to introduce you to Lauren King.

So, before we jump into specific questions about the business, why don’t you give us some details about you and your story.
I started experimenting with baking around ten years ago, I had this idea for a bakery that sold desserts and alcoholic beverages, but at the time I was looking at going to graduate school so it ended up on the back burner. Over the years, I would bake for friends’ birthdays, baby showers and work events. It allowed me to test out new recipes and screw up without worrying about a bad yelp review. After I finished graduate school I thought about opening a bakery again once I had more free time. I work for TD Garden as an Audio Video Specialist, so during the NBA and NHL season things are pretty hectic. I decided that I would give the bakery a go during the off season and if it took off great, but if not, I would still have my day job and a slightly bruised ego. I wasn’t prepared for things to start taking off so quickly, but those are the kind of surprises you want as a business.

We’re always bombarded by how great it is to pursue your passion, etc – but we’ve spoken with enough people to know that it’s not always easy. Overall, would you say things have been easy for you?
It’s been relatively smooth, but opening day at Watertown Farmers Market was probably one of the roughest days. I think everything that could have gone wrong, went wrong.

The company that was printing our food labels didn’t have them done in time, there was a traffic accident in front of me (everyone was fine) on the way in to the kitchen, and then the gas accidentally got turned off at the kitchen while I was cooking so I lost two batches of cupcakes. All I wanted to do was sit down and cry. I ended up arriving to the market late, but I ended up selling ninety percent of the cupcakes I brought. I brought the remainders to Abigail’s in Kendall Square for them to sell on their dessert menu. I think I got there at almost nine pm and realized I hadn’t eaten all day. Since then it’s been relatively calm and I’ve managed to secure a vendor spot at larger events such as Cambridge Jazz Festival and Boston Seafood Festival.

We’d love to hear more about your business.
Caked specializes in cupcakes and we host an event known as “The Cupcake Bar” which pairs our popular flavors with beer, wine and boozy milkshakes. We don’t use any artificial colors or artificial flavors, and everything is non-gmo. We also offer gluten-free and vegan options. One thing that sets us apart is our peanut butter alternative options.

I have a few friends who developed nut allergies when they were older and they miss having peanut butter. One of the nut spread alternatives I found was cookie butter.

Biscoff cookie butter is the one we use for our nut-free versions of our peanut butter frosting. We are not a nut-free kitchen but we also don’t sell nut-free options on the same days as our cupcakes with pecans or peanut butter to avoid any confusion.

What were you like growing up?
I was a fairly active child growing up. I played soccer and softball, and was a cheerleader. My parents were in graduate school/dental school during my childhood so I spent a lot of time in libraries growing up. I started high school when I was twelve, but I never wanted people to focus on my age so I just spent a ton of time cracking jokes and deflecting from the numerous Doogie Howser comparisons.