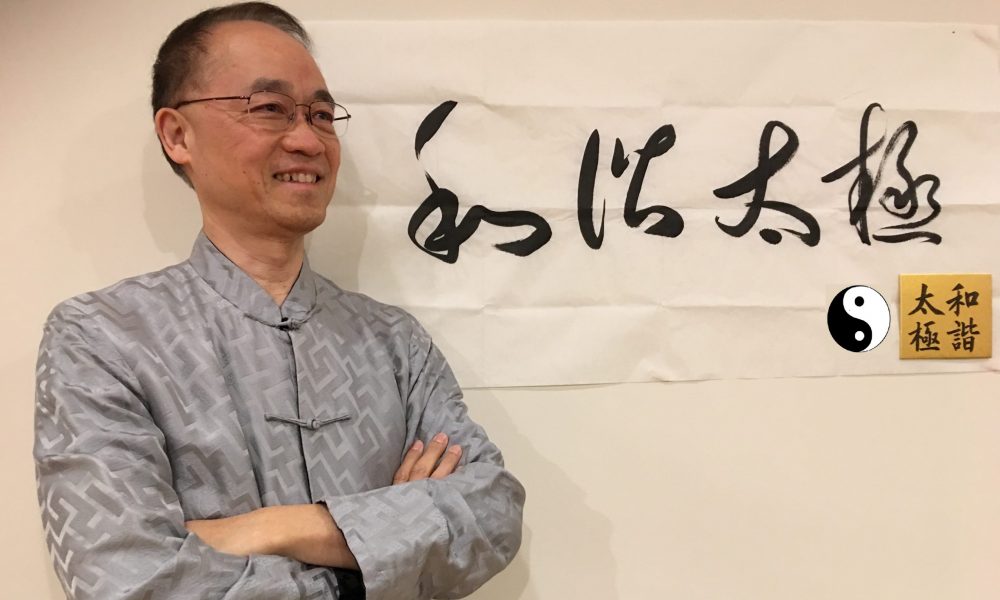 Today we’d like to introduce you to Tai-Chun Pan.

Thanks for sharing your story with us Tai-Chun. So, let’s start at the beginning and we can move on from there.
In the late 1960s, when my brother Tai-Sheng and I were in our early teens, we started learning Tai Chi Chuan (a.k.a. Taiji Quan). We were extremely fortunate to have studied under our inspiring teachers David Cheng(鄭琰) and Xiaoyin Chen(陳曉寅) in Taiwan.

In 1975, Tai-Sheng started the Tai Chi class at the Cambridge Center for Adult Education (CCAE). For more than four decades, thousands of students there have been introduced to the basics of Tai Chi Chuan. Many students joined our private Tai Chi classes after the introductory classes at CCAE in order to continue learning the complete Old Frame Yang Style Tai Chi Chuan(*1). Some of them have been with us for many years and are currently instructors at CCAE and Lexington Community Education (LCE) where they continue introducing Tai Chi to the general population.

In 1980, Professor Wei of Northeastern University (where Tai-Sheng and I went to school) was in charge of the Tai Chi class at a local Chinese language school. When he learned that Tai-Sheng and I knew advance parts of Tai Chi Chuan, i.e. Push-Hands and SanShou, he invited us to teach Push-Hands at the Chinese school. We have been teaching Tai Chi at the Chinese language school ever since, for over 30 years. Some students have been with us since the beginning, and we have all become great friends. Several of them are now teaching their own Tai Chi classes in the greater Boston area.

Last year, the class was moved to Burlington at the New England Movement Arts center and the tradition continues.

Over the years, besides teaching several Tai Chi classes in the area, I have been invited to provide Tai Chi seminars in many different settings, as well as featured in the WHDH-TV-Channel 7, Boston Globe, Asian Boston magazine, and other media outlets. My brother and I have been teaching Tai Chi for more than 30 years in the Boston area, making a lot of friends along the way. Many people know me as a Tai Chi master but do not realize that I am actually a software engineer. Tai Chi has been and will forever be a part of our lives.

*1
Grand Master Xiong was born in 1888 in Funing County, Jiangsu Province. His father was a Wu Juren – someone who achieved a military degree in the imperial examinations at the provincial level in the Qing dynasty.

Grand Master Xiong first studied martial arts with his father, who went on to hire many more instructors to teach his young son. Among them were a Shaolin master named Liu He and his disciple Liu Zhong Fong. Tang Dianqing (also known as “The Miraculous Hand”) was also one of his teachers. When Grand Master Xiong was 19, he won the championship of “Leitai” (raised platforms), a prestigious martial arts competition.

Because of his skillful kicks, Grand Master Xiong earned the nickname “The Leg of Funing.” When he was the garrison head of Funing County, Jiangsu Province, he met Old Frame Yang Style Tai Chi Chuan Master Hu Puan.

Overall, has it been relatively smooth? If not, what were some of the struggles along the way?
In the late 1960s when we started to study Tai Chi Chuan, this internal Martial Arts form was commonly regarded as an exercise for old people. Many of our family and friends asked us, “Why do you want to learn that slow internal form for old folks? Young people like you should learn the fast external forms of martial arts.” They had seen mostly older people practicing the slow basic form of Tai Chi Chuan in the park and assumed that the basic form was all there was to Tai Chi Chuan and that such a slow form could only be useful for the elderly.

To this day, this remains a common misperception of Tai Chi Chuan because so many people have not been exposed to the full range of forms. Their perception might change if they saw Tai Chi practitioners not only know the slow basic form but also practice Push-Hands, Dalu, SanShou, Sword, Saber, Staff, Matching Sword, Matching Saber and Matching Staff, all Tai Chi forms done at full speed.

We emphasize on relaxation, mind/body coordination, synchronizing movements with breathing while doing the form to maximize the health benefits. At the same time, the detailed movements and principles of waist, weight shifting, and Tai Chi principles are taught and demonstrated to enhance the form. After mastering the basic Tai Chi form, one will move on to learn the more advanced techniques and forms of Tai Chi Chuan, such as Push-hands, Dalu, ShanShou, and weapons.

Today other more popular Yang Style Tai Chi Chuan mainly consists of only the Tai Chi basic form and some Push Hands. It only concentrates on the 4 basic techniques of Peng (Block), Lu (Roll-back), Ji (Press), and An (Push), but neglects Cai (Grab), Lie (Wring), Zhou (Elbow) and Kao (Shoulder strike). The Yang Style Tai Chi passed down by Grand Master Xiong, on the other hand, emphasizes on all eight techniques through the basic form as well as through SanShou – the rarely known or taught two-person matching Tai Chi routine.

In addition, in The Harmony Tai Chi Center, one will have the opportunity to learn various weapon forms (including Matching Sword, Matching Saber, and Matching Staff) that are rarely or almost never taught in other Tai Chi centers.

Currently, we have classes in Burlington, Watertown, Arlington, Lexington and Concord. Visit us at taichiforhealthweb.com for more information.

Most Tai Chi Classics/Principles were written in the “old classical” Chinese language.

These texts require both an extensive knowledge of Chinese literature as well as practical skills of Tai Chi Chuan, in order to interpret them correctly. Grand Master Xiong possessed the unique combination of both of these skills. According to Grand Master Xiong’s explanation in his published books, those classics were transformed from lectures to practical Chuan principles to be applied in the daily practice of Tai Chi.

In SanShou, as broadened by Grand Master Xiong, every posture consists of three elements: Hua (Neutralize), Na (Control) and Da (Strike). At the beginning of any posture, one needs to Hua (Neutralize). In many practical situations, if one neutralizes (Hua) the opponent’s force completely, he may lose his balance and one might not even need to follow through with the Na (Control) and Da (Strike). This concept illustrates two important proactive applications of the Tai Chi principles: “never using force against force” and “bonding to the opponent”.

Grand Master Xiong’s complete set of Yang Style Tai Chi Chuan emphasizes the application of the principles behind all the postures that one practice.

What is “success” or “successful” for you?
In recent years, as more people learn and practice Tai Chi and start receiving its benefits, the art of Tai Chi gets more attention. Many studies and researches were conducted to prove the benefits of Tai Chi. Nowadays, a lot more people have an idea of what Tai Chi is and are aware of its benefits. It is common now for doctors to refer patients to practice Tai Chi as a preventative measure or to relieve chronicle issues.

I am so glad that the art that my brother and I studied when we were young has become so prevalent. I believe that the lives of more and more people will continue to be transformed through the physical, emotional, and spiritual benefits of Tai Chi Chuan. 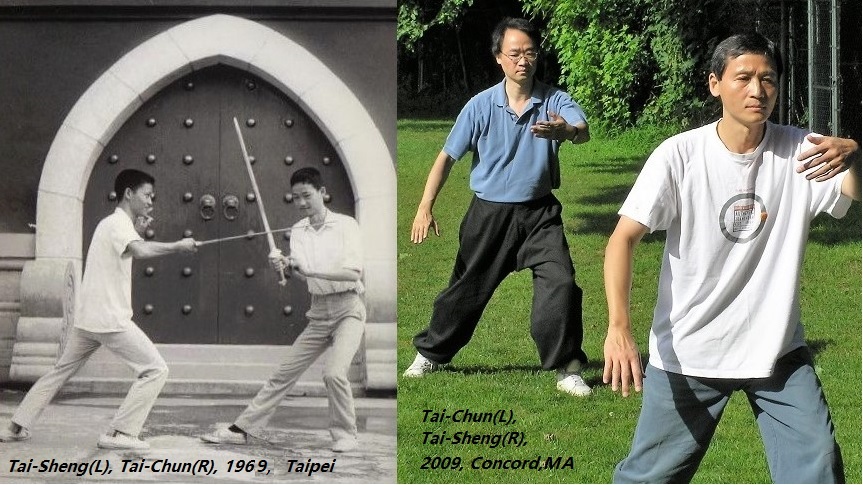 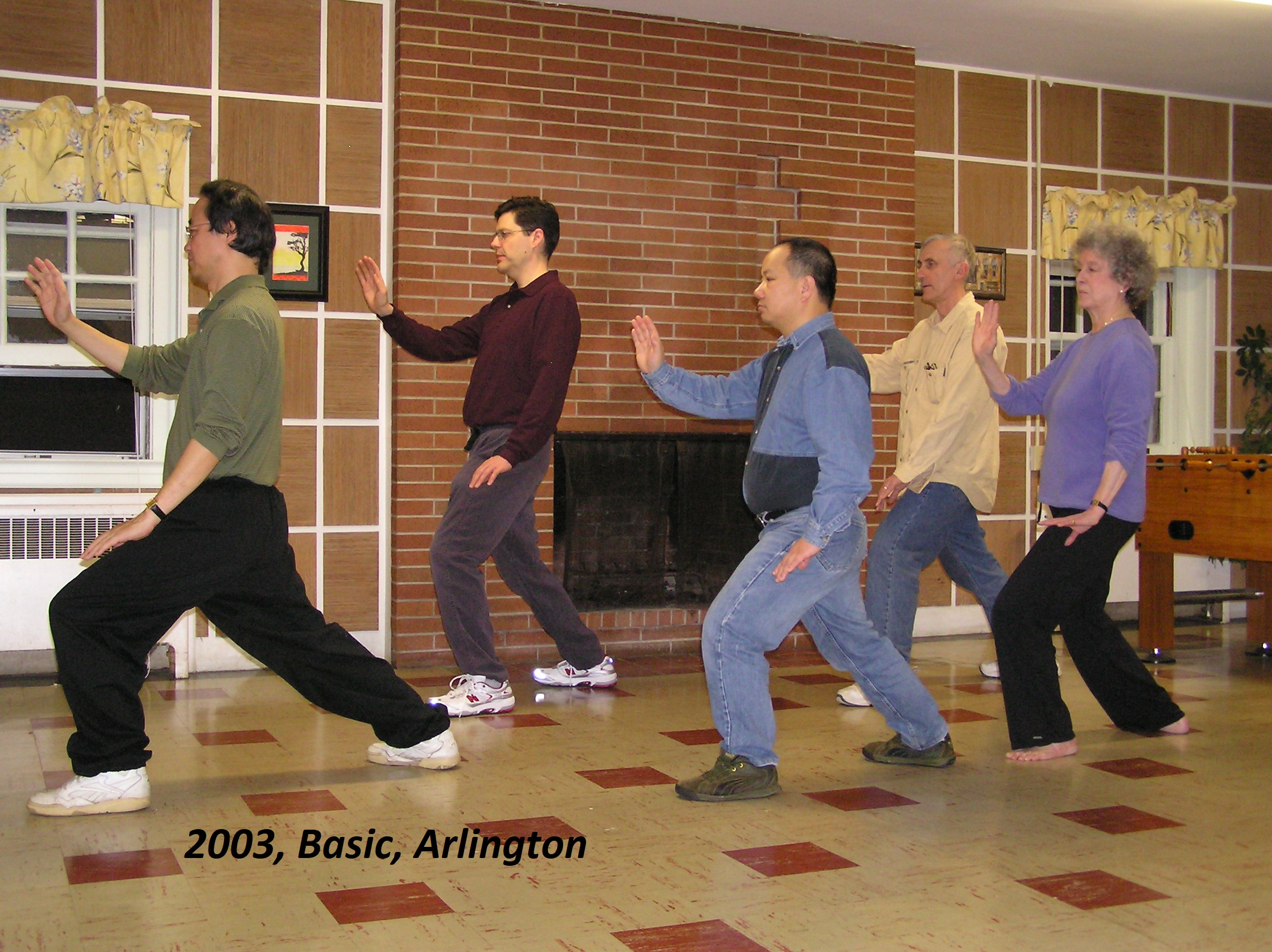 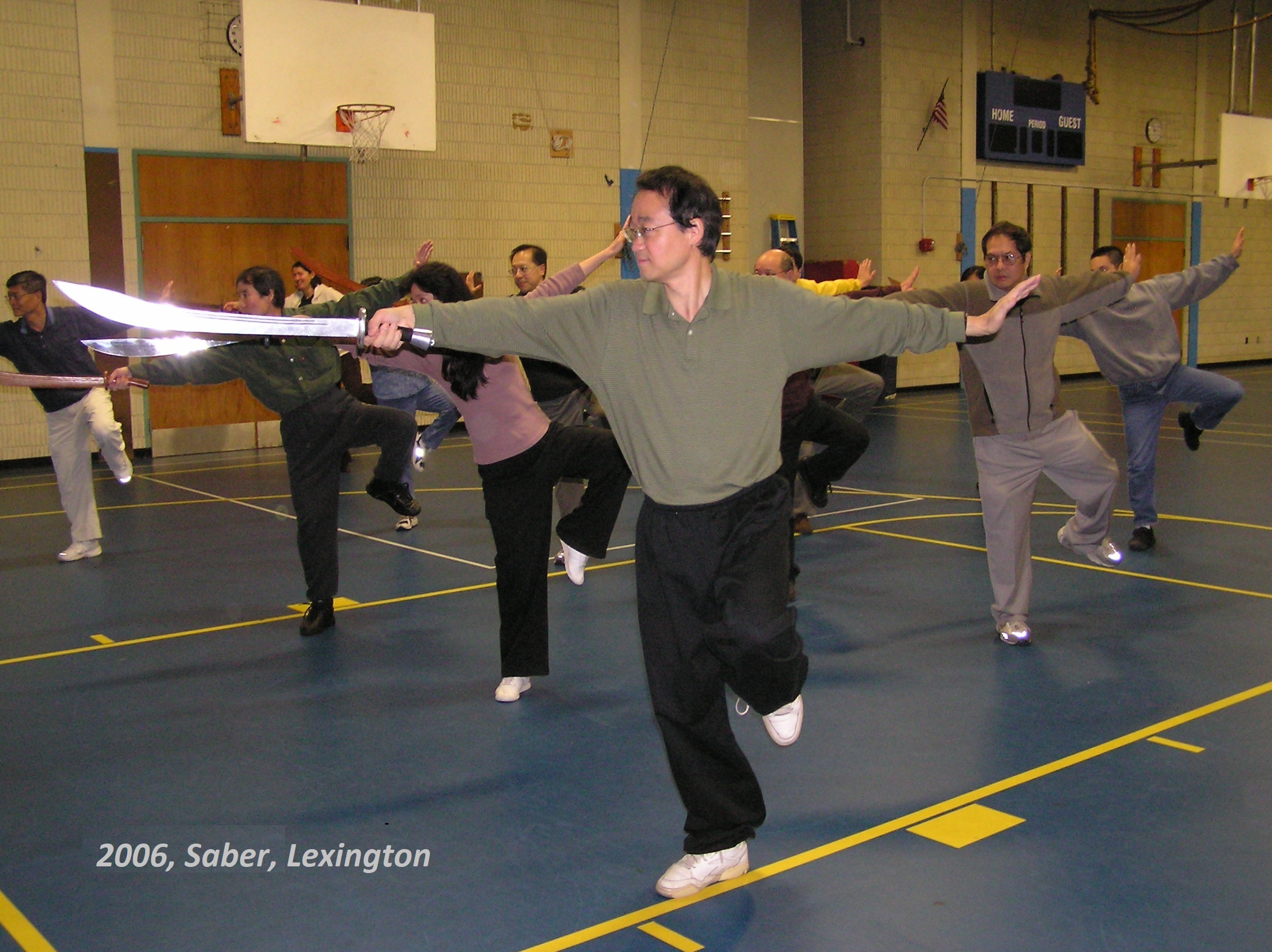 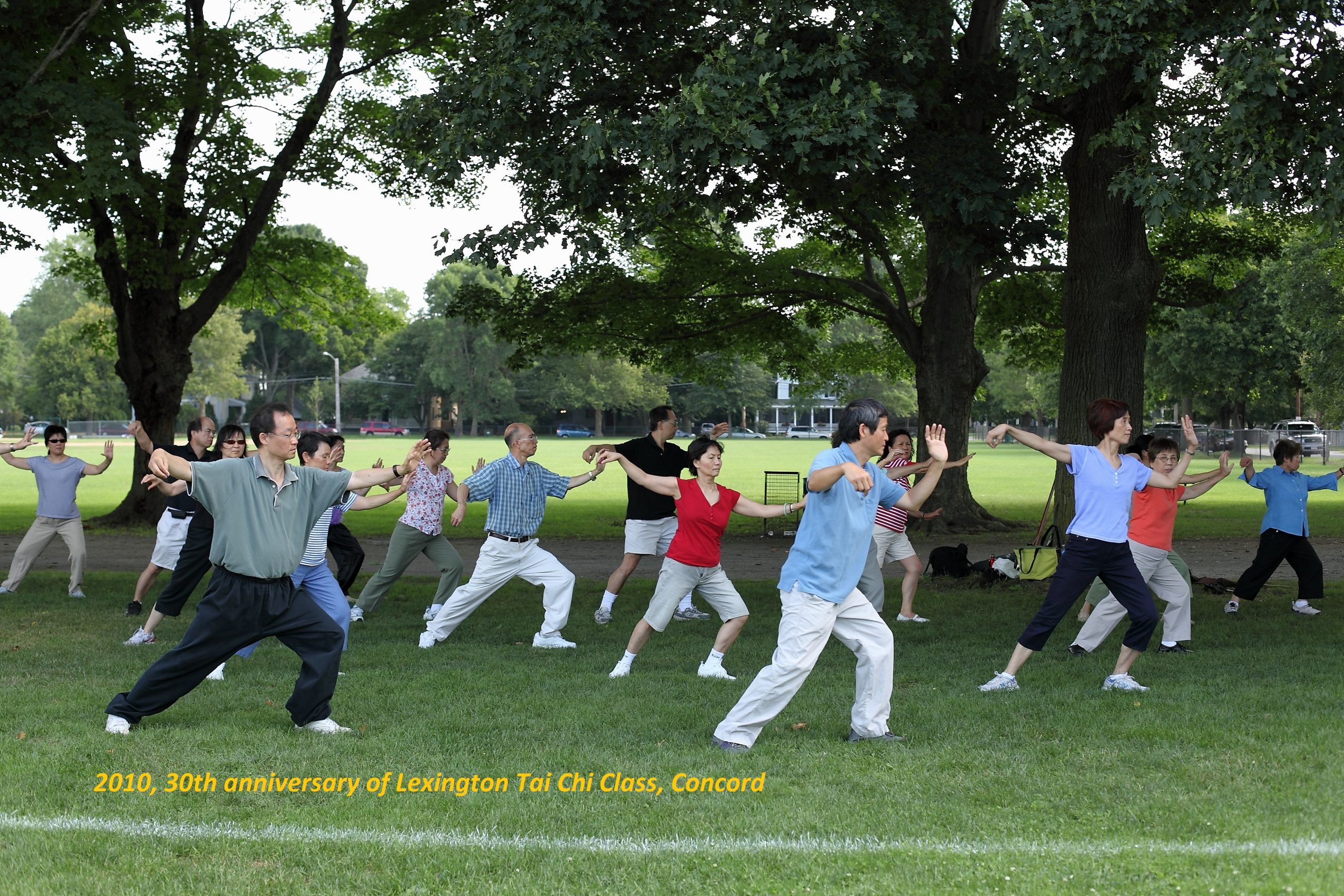 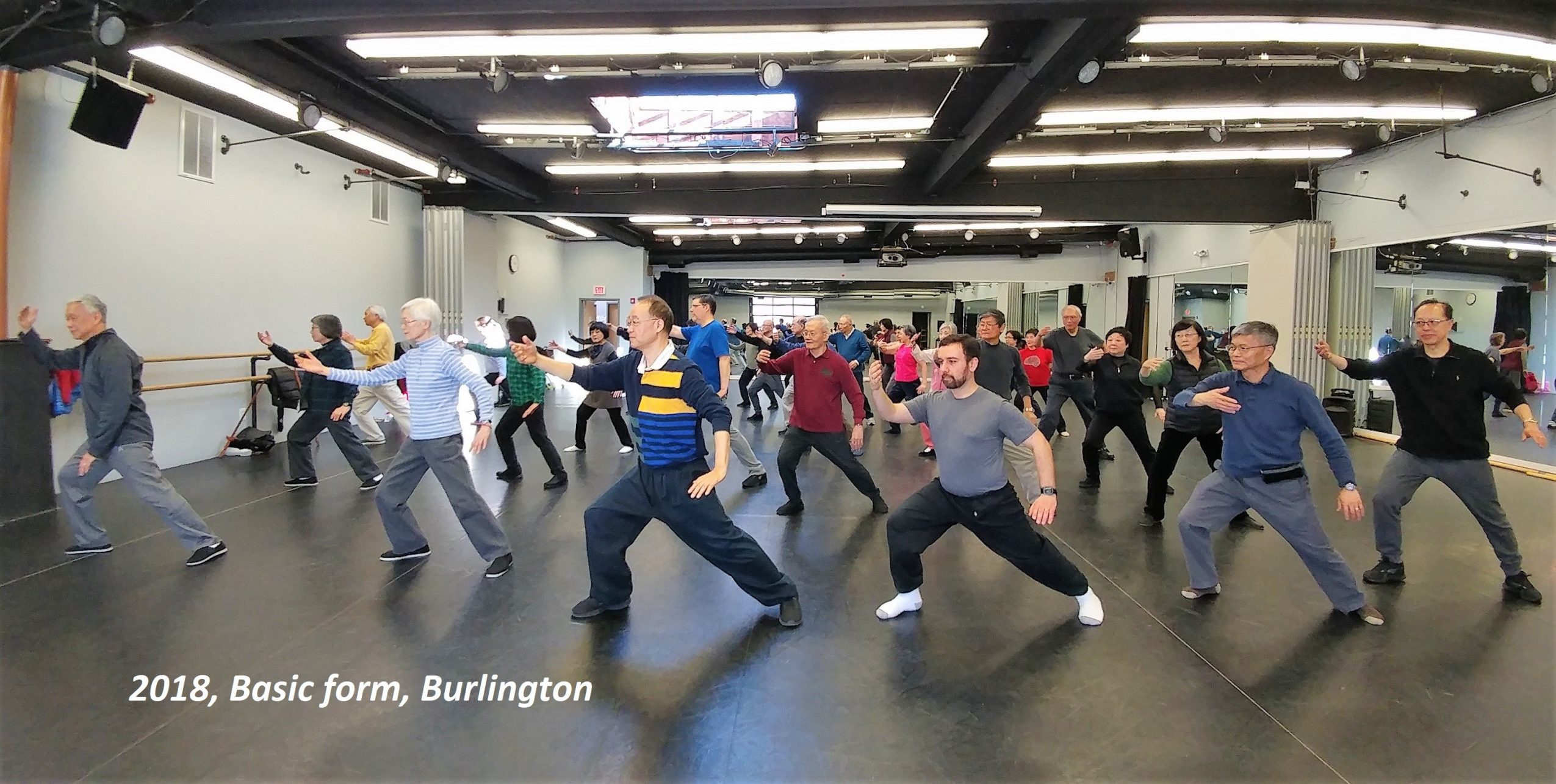 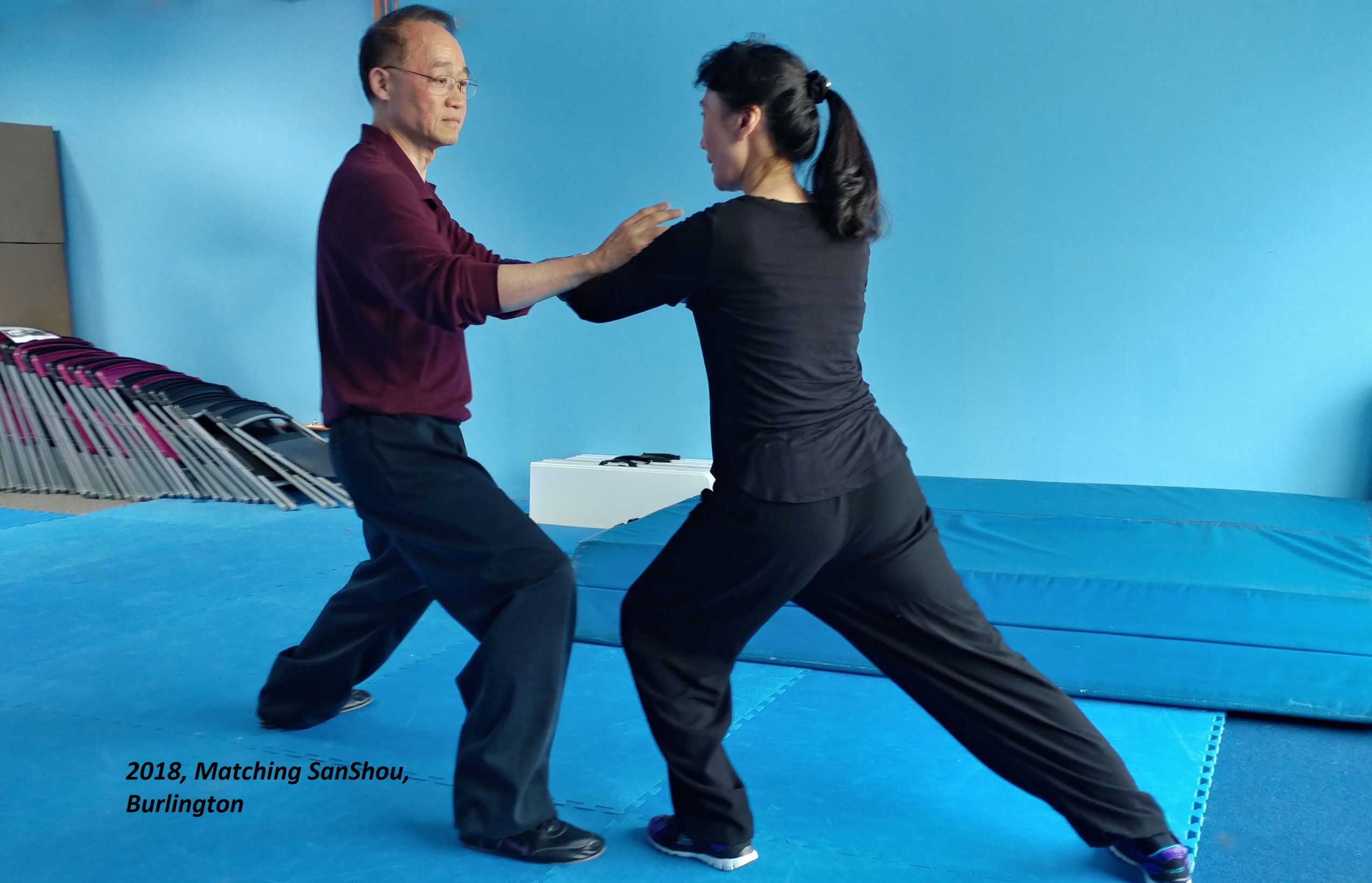 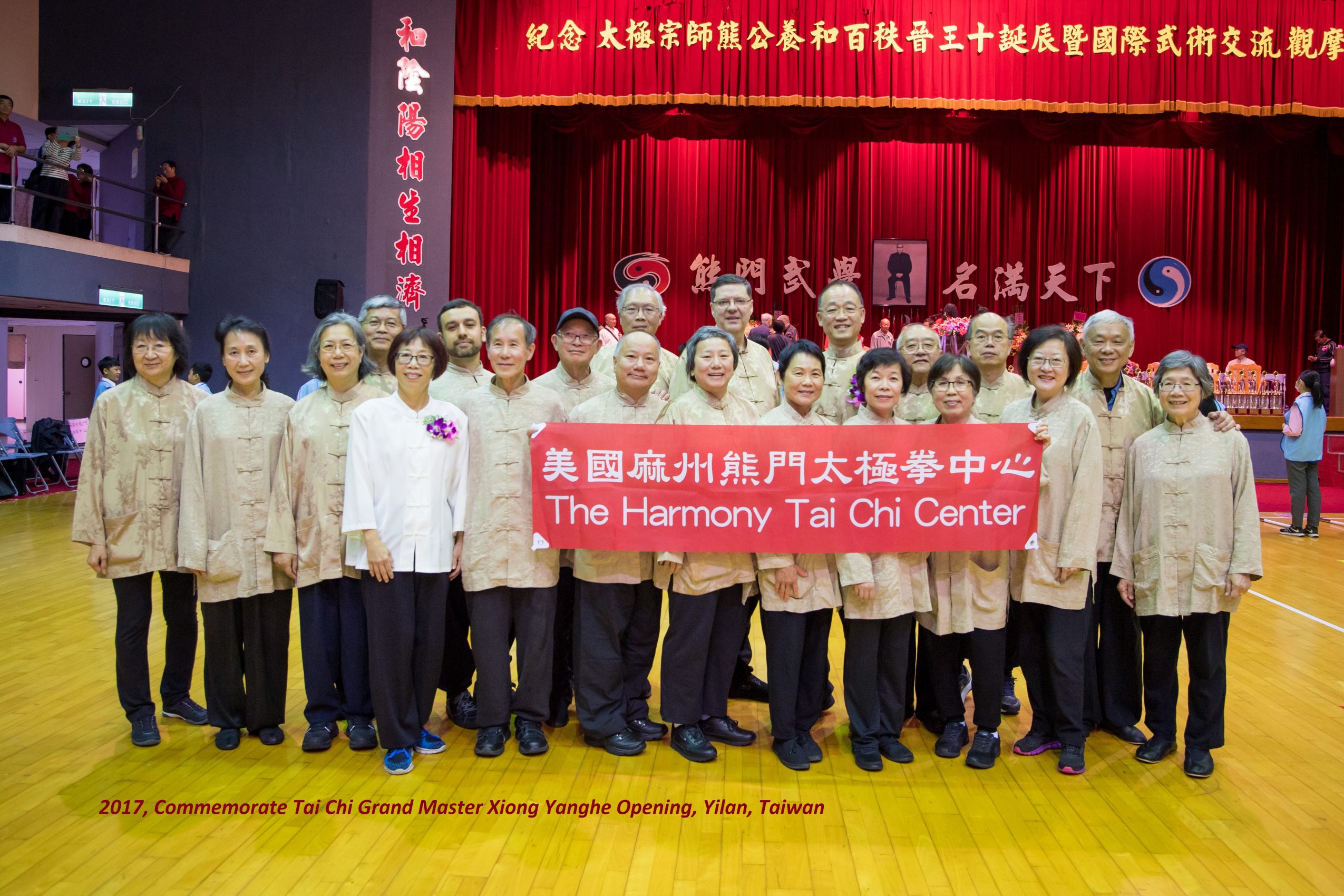 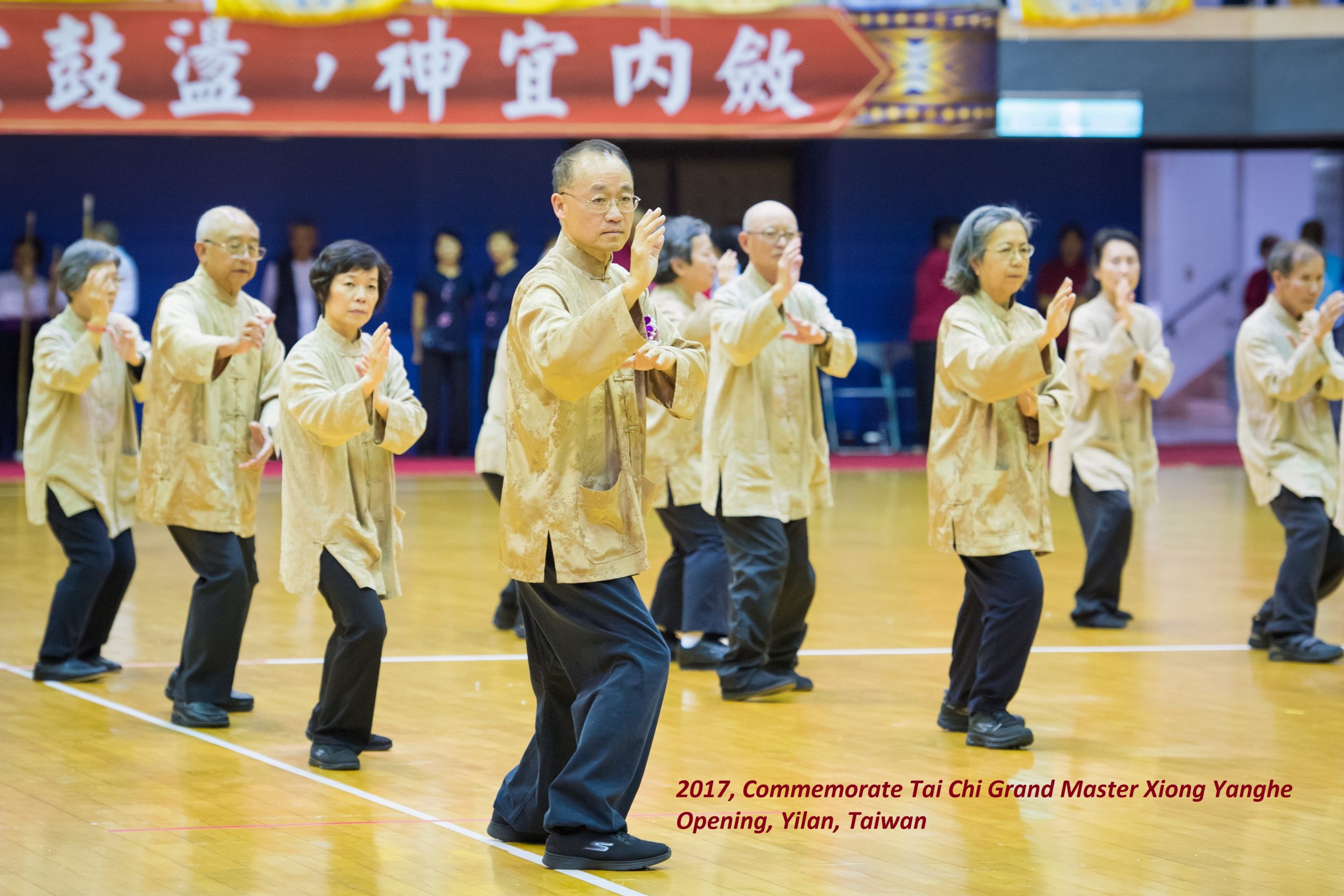 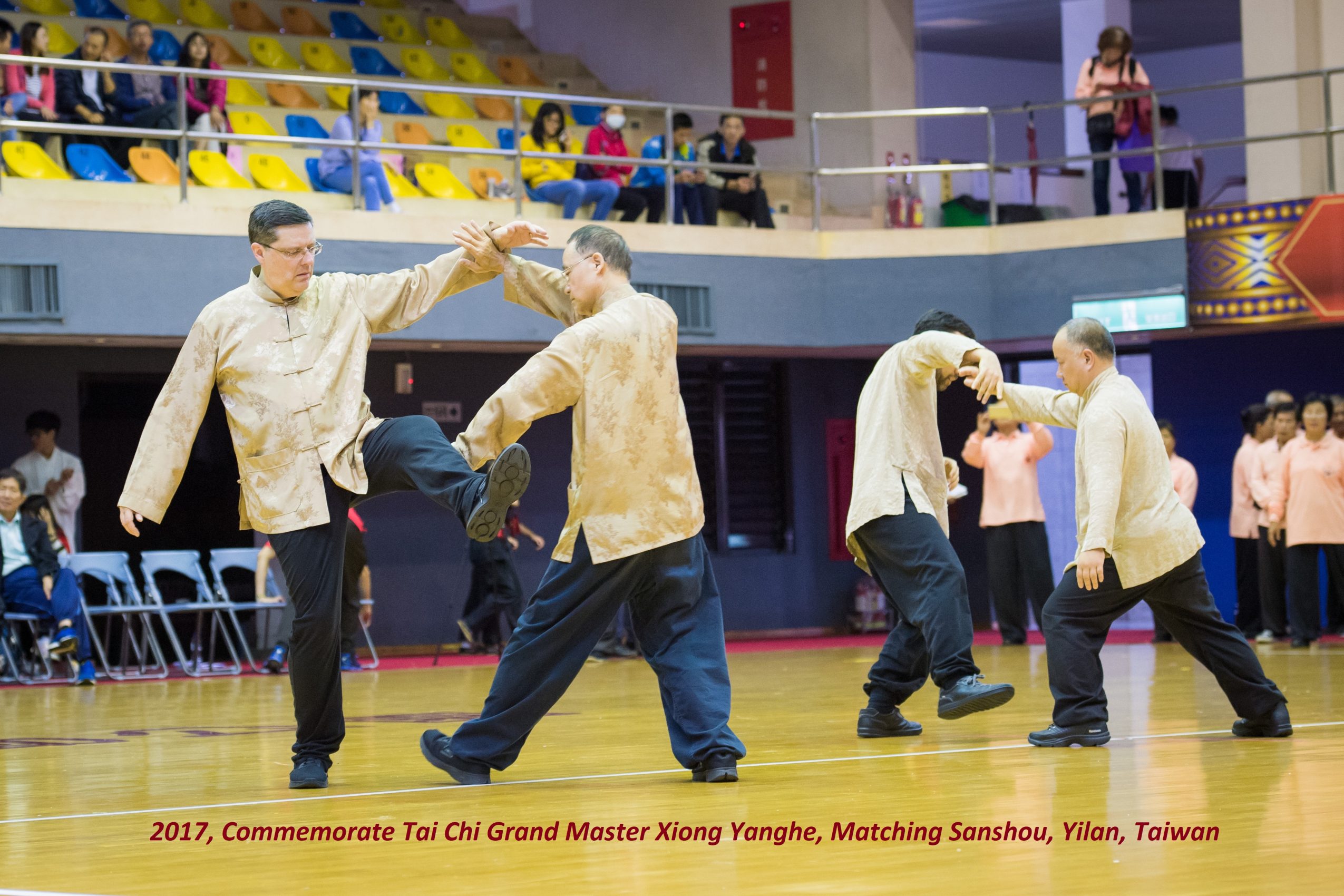