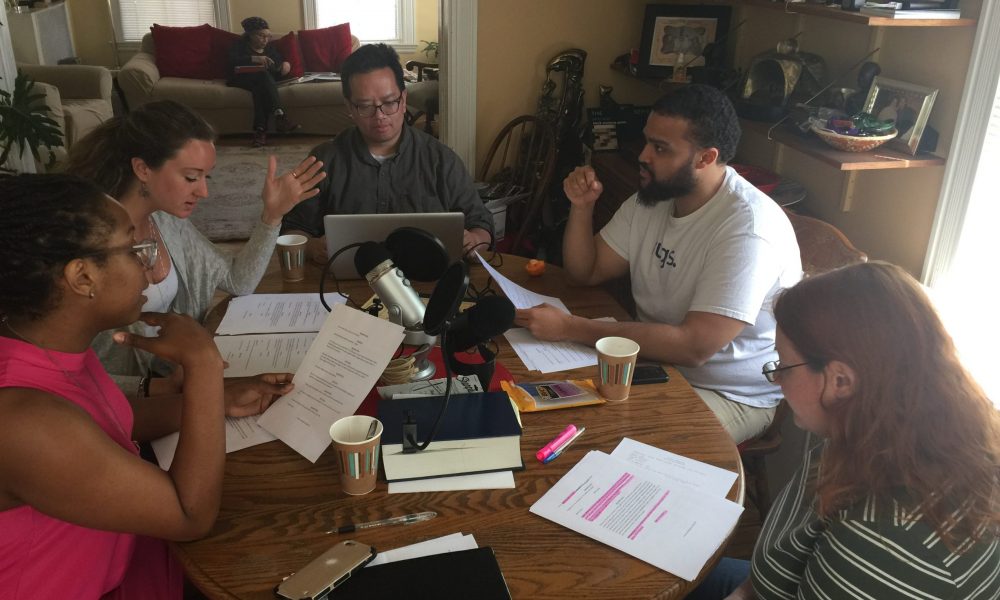 Today we’d like to introduce you to Greg Lam.

Thanks for sharing your story with us Greg. So, let’s start at the beginning and we can move on from there.
I started the podcast in 2017 along with people from the Company One PlayLab Unit. We were all playwrights living in the Boston area who were trying to learn the next steps in terms of getting plays developed and produced and furthering our careers. I was getting frustrated at the lack of opportunities that exist in Boston for playwrights to present their work compared to the talent that is available in the area. I decided to start a monthly podcast in which we record an excerpt from a different playwright every month and then interview that playwright about his or her play and career. For the first season, we featured the eight playwrights in the PlayLab Unit. In the second season, which I’ve just started to publish, I’ve opened up the guest list to feature various playwrights from different corners of the theatre scene, different places in their careers, with different focuses.

I had my first short play produced all the way back in 2002 and have a number of short plays done over the years. However, it was only this year that I broke through and had my first full-length play produced. My hope is that this podcast will help raise the profile of the entire playwriting community in Boston which has been frankly neglected by too many theatres and theatergoers.

Has it been a smooth road?
The technical side has been very smooth and straightforward. Getting playwrights and actors together to record in one living room or another has been pretty simple. It’s a lot simpler to gather folks for the space of one three hour block than it would be to stage a play for a live performance.

What’s more difficult is spreading the word about the podcast and having it heard by the people who need to hear it and have it make an impact. I’m hoping by the end of the second season at least one or two of the featured playwrights receive an opportunity that they would not have received otherwise. If that happens, then it’s a validation of the mission of the podcast. To increase the odds of that happening I need to raise the listenership numbers. (Profiles like this can only help!)

So let’s switch gears a bit and go into the Boston Podcast Players story. Tell us more about your work and what your hope people will take away from it.
I’m a playwright and I created the Boston Podcast Players podcast. It’s Boston’s Virtual Podcast Stage for NEW Work by LOCAL Playwrights. We try to raise the profile of local Boston playwrights by featuring their work and giving them a platform to tell everybody about what they write and where they want their career to go.

How do you think the industry will change over the next decade?
The Boston Theatre Scene has been a surprisingly unfriendly place for local playwrights for decades, in my opinion. There’s not a fringe scene to speak of, and theatre companies have been neglectful of the playwrights in their backyard with a few exceptions like Fresh Ink, Boston Playwrights Theatre, and Speakeasy’s Boston Project. I have seen signs that some theatres have been proactive in seeking local playwrights to work with them, such as with the Artist’s Theatre of Boston’s recent show This Place/Displaced which utilized eight local playwrights to talk with Boston residents and create short plays about how the housing scene has affected them. It’s something I hadn’t seen until recently, but one I think we should see more of. Boston struggles with the lack of ample performance spaces, so online ventures such as my podcast could be one way to go. Recent networking among subgroups is another positive sign. If we can’t count on the larger institutions to look downward for collaborators, then we could work with one another to create our own platforms. 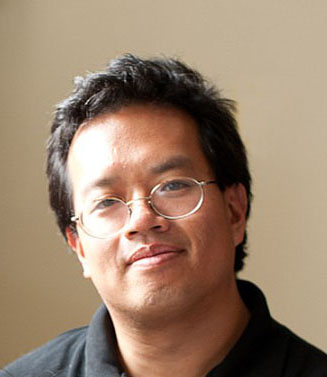 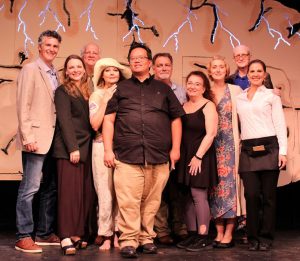 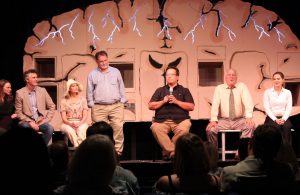 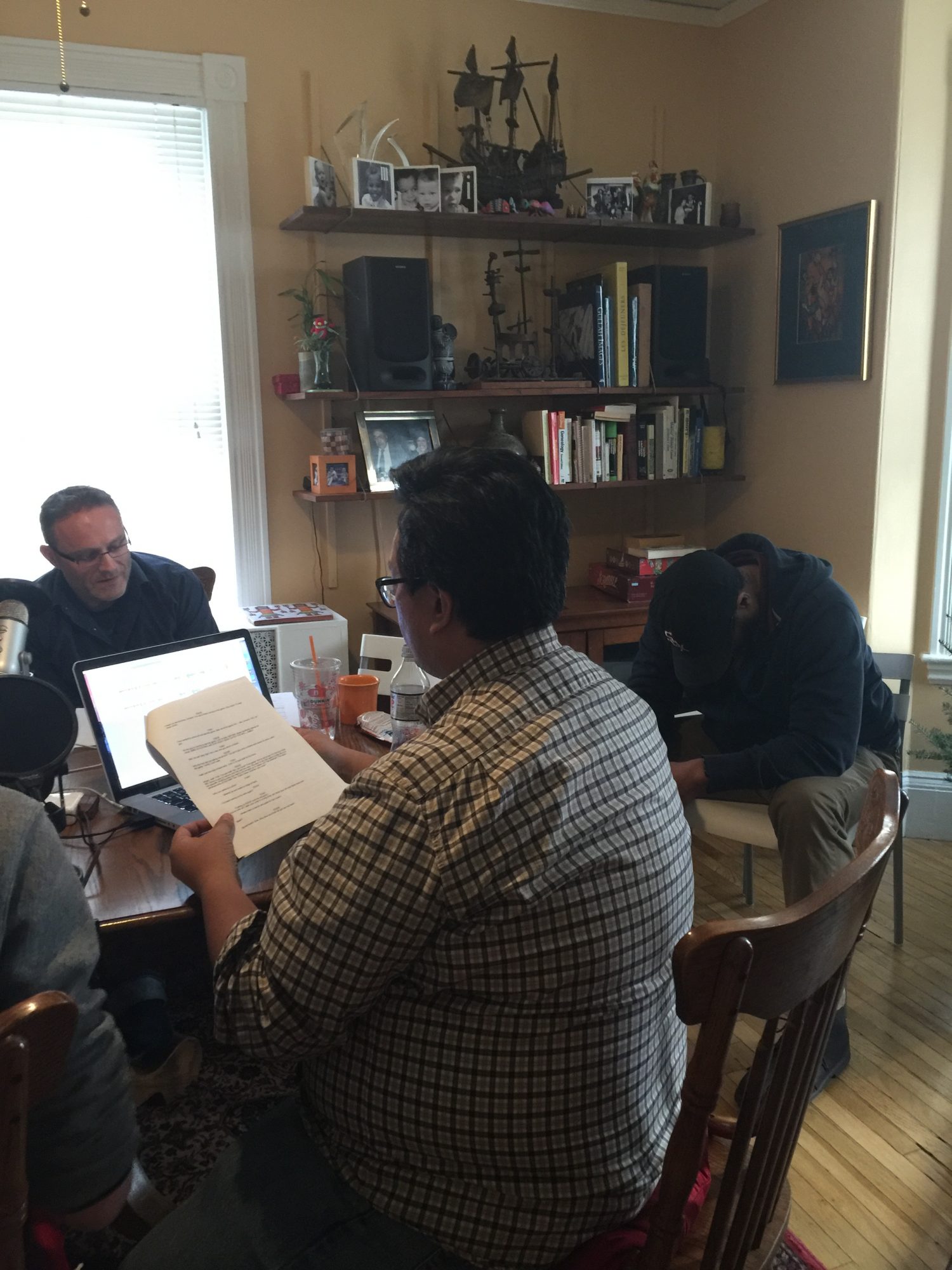 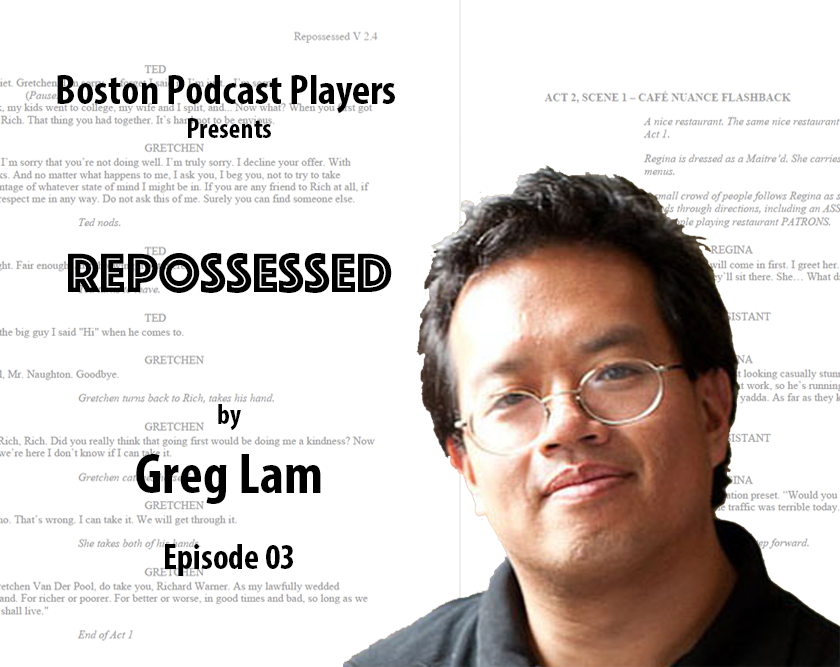 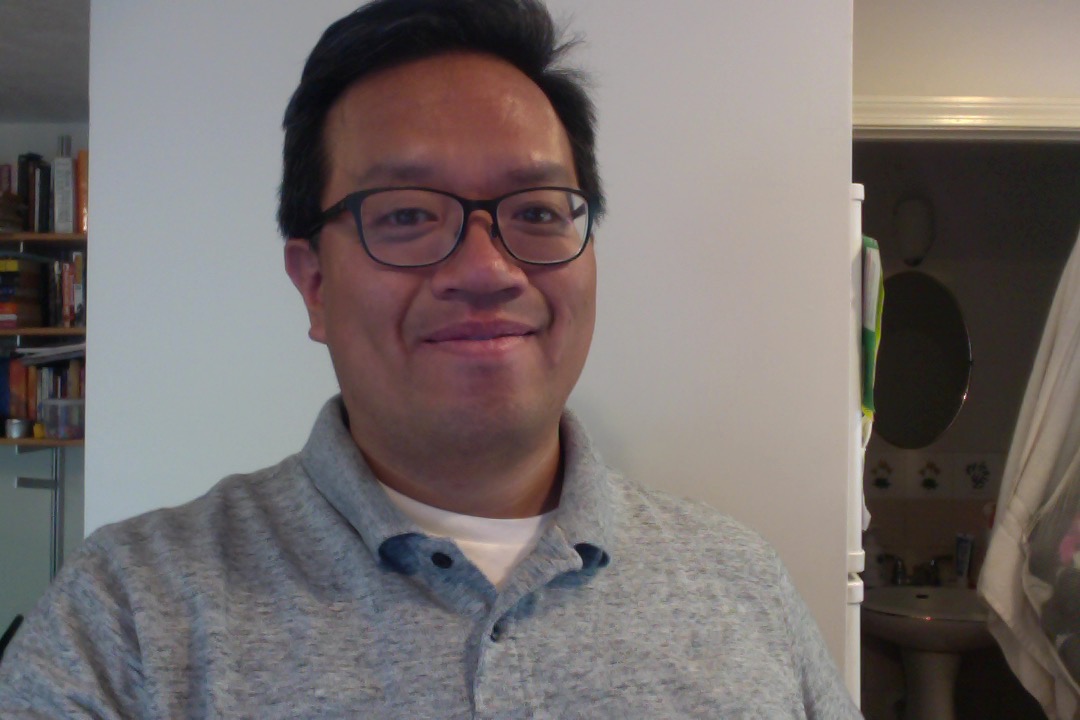 Image Credit:
The onstage photos are taken by Tom Hall