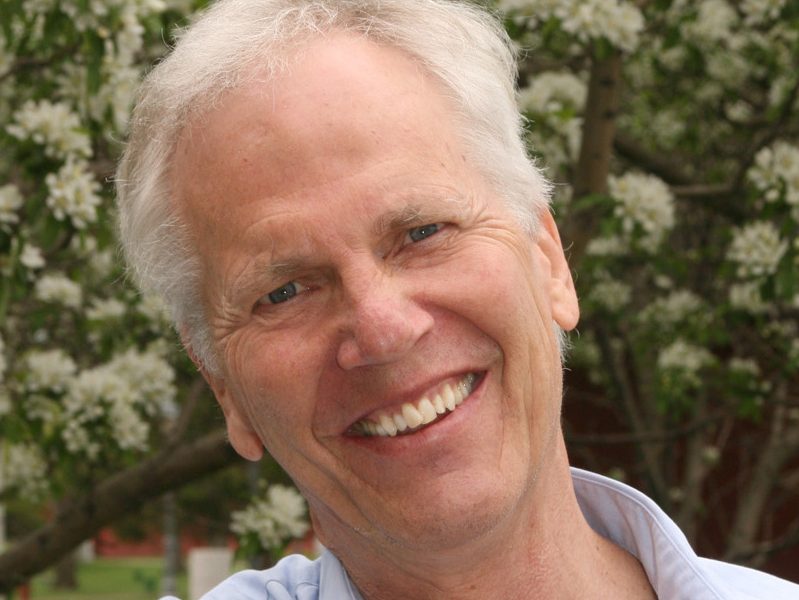 Today we’d like to introduce you to Daniel Fisher.

Thanks for sharing your story with us Daniel. So, let’s start at the beginning and we can move on from there.
I came to Cambridge in 1976 to carry out my residency in psychiatry at Cambridge Hospital, a Harvard teaching hospital. I chose Cambridge Hospital because it was progressive in the mental health world and it was close to an important advocacy group, the Mental Patient Liberation Front. You see I was not only wanting to further my education as a psychiatrist but also to engage in advocacy work to transform the mental health system. I originally obtained a PhD in biochemistry and studied the possible biological basis of schizophrenia. I became very frustrated when I learned that it was not possible to find a biological basis of severe mental health issues. Ironically, I myself was diagnosed with schizophrenia in my 20’s. During the course of my treatments, I developed a passion for improving mental health care.

I moved to Cambridge with my girlfriend, Tish Davis. We bought a house near central  square in 1979 and have lived in the same house ever since. We then got married and had two wonderful daughters, Caitlin and Lauren. Along with two other families, we started a day care in our house called Bigelow Cooperative Day Care. It has grown to a full scale day care and is now in its 34th year.

I worked with elderly residents of downtown Boston housing projects, providing holistic mental health care. Then I took a position at Danvers State Hospital, followed by a twenty-year period as medical director of Riverside Community Care in Wakefield, MA. I now am in private practice, providing Open Dialogue treatment for families having a member with a severe mental health issue.

All the while, I was trying to improve the system from within. I became frustrated at the resistance to change, so I started an advocacy center, the National Empowerment Center (NEC) in 1992. We just celebrated our 25th anniversary. The major goal of NEC has been to inform the US and the world that, contrary to popular belief, persons with severe mental health conditions can and do recover full lives in the community. We also have developed several training programs to help persons recovering, and their families.

We are the most passionate about Emotional CPR. It is a public Health program which teaches any community member how to help another through an emotionally stressful period. I am also a professor on the faculty of U. Mass Medical School.

We’re always bombarded by how great it is to pursue your passion, etc – but we’ve spoken with enough people to know that it’s not always easy. Overall, would you say things have been easy for you?
There has been struggles along the way. First there was my struggle to recover my life after being labeled with a schizophrenia. Then there was the struggle to carry through my training as a psychiatrist without disclosing my own past. I also have, along with thousands of mental health advocates in this country and internationally, to transform the mental health system from its hope robbing, maintenance-basis to a hope filled, recovery-based approach. Our movement’s struggle was evidenced in 2002-3 when I was a member of the White House Commission on Mental Health. I and a number of allies managed to get recovery in as the goal of the mental health system, only to have the White House show little interest in our report. Another struggle took place more recently over the issue of guns and mental health conditions. Though persons with mental health diagnoses are more likely to be victims than perpetrators of violence.

Nonetheless, the gun lobby has convinced the public, whenever there is a mass shooting, such as Sandy Hook, that persons labeled with mental health issues are the problem, not the availability of guns. As a result, Congress has passed legislation supporting involuntary outpatient treatment which would further curtail the rights of persons with mental health issues. We continue to promote voluntary alternatives to involuntary treatment. This is a struggle.

So let’s switch gears a bit and go into the NEC story. Tell us more about the business.
My company, NEC, is a nonprofit specializing in bringing the voice and experience of persons with lived experience of recovery from mental health issues to the field and the public. Until recently all policies, training and services were provided by professionals who only learned about mental health issues from textbooks. Just as in the substance use disorder and the disability fields, persons like myself have asserted that we have unique, insider knowledge of what helps and what hurts in recovery. The major areas of our activities in the mental health field are to transform the system from its present emphasis on maintenance of passive persons who are described as having brain defects, to recovery through the active participation of persons in their own healing. We carry out this transformation through involvement of persons with lived experience of recovery (this term is preferred to mental patient or consumer) in policy development, training, and service delivery. In the area of policy development, we supported the involvement of persons with lived experience in the construction of the White House Commission Report. That report not only emphasized the vision of “a future when everyone with mental illness will recover,” but also recommended that those of us with lived experience drive the transformation by having a say in all further changes. In addition, NEC has helped to build a national organization of persons with lived experience called the National Coalition for Mental Health Recovery (NCMHR).

NCMHR has amplified the voice of persons with lived experience to then at least engage in policy formation at the state, national and international levels. In addition, NEC has developed several training programs to improve the leadership capabilities of the advocates. This training is called Finding Our Voice. NEC has also developed a training for anyone to help anyone through distress. This training is called Emotional CPR. It is prevention program because we have noted that recovery is based upon building positive relationships and a sense of cohesive, loving community. That job is far beyond the capability of the mental health system. Instead a public education campaign is needed. NEC has also sponsored eight national conferences bringing together leaders and newcomers to our advocacy movement. This conference is called the Alternatives Conference and will be held in Boston this year Aug. 18-21st.

Has luck played a meaningful role in your life and business?
I am not a believer in luck. I do believe, however, that privilege has played a big role. I would have had many more barriers to my recovery if had not been a white, cis-male from an upper middle class background. I respect the struggles of person of the global majority, of those from lower socioeconomic levels, and those of the LGBTQ community. I also see the intersectionality of our issues.