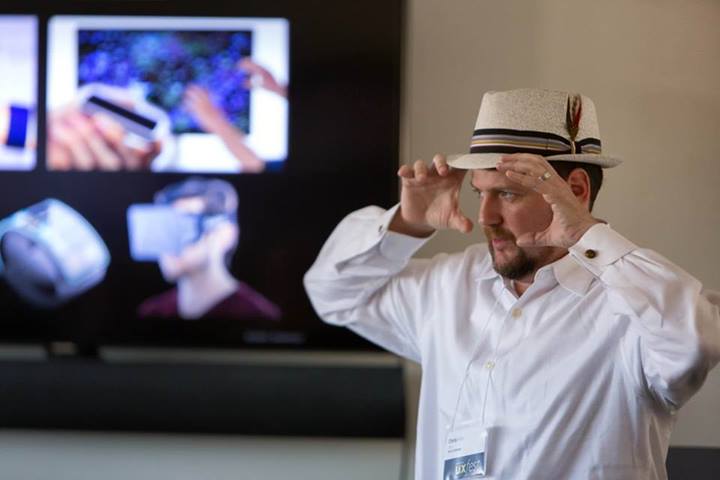 Today we’d like to introduce you to Chris Allen.

Chris, let’s start with your story. We’d love to hear how you got started and how the journey has been so far.
I ended up coming to Boston to study Jazz at Berklee College of Music, and computer programming was more of a hobby of mine than anything. It turned out that software development was a bit easier than music to make good money, so I started doing that full time with music becoming my hobby.

We originally started our company based on an open source project we started. A group of folks from around the world and I ended up reverse engineering Adobe Flash’s video streaming protocol known as RTMP. We were the first to do this and released our code as the Red5 project. This was back in 2005. This was a significant thing because Adobe at the time was charging around $50k per server license to use RTMP, and our solution was open source and free.

I became one of the main guys to go around and speak at conferences about the Red5 project, and ended up leading the project. This brings us to 2007 where there was such a high demand for Red5 and people needing customized application development on top of it that we decided to start a company to properly support it.

After this we developed a ton of projects for many companies over the years, even Adobe whose protocol we knew so well.

More recently we saw the demise of the Flash player as a huge opportunity and have since launched a proprietary licensed model of Red5 called Red5 Pro to support modern platforms like iOS, Android and HTML5. Our solution is really around how to deliver very low latency video and do this at scale.

We’re always bombarded by how great it is to pursue your passion, etc – but we’ve spoken with enough people to know that it’s not always easy. Overall, would you say things have been easy for you?
This is a great question. Probably one of the biggest challenges for us has been shifting from a total service based business model to a license SaaS model. Building an open source project versus a proprietary licensed one is a totally different animal, and it’s taken a lot of effort and struggle to get where we are today. Initially in 2007, we started this company completely with our own funds. The boot strapped model doesn’t work so well though when you need to spend a huge chunk of time developing and marketing a product. Thus we’ve raised venture capital, and with the extra capital switched our model to SaaS, with a minimal amount of consulting/services.

So, as you know, we’re impressed with Company: Infrared5, Product: Red5 Pro – tell our readers more, for example what you’re most proud of as a company and what sets you apart from others.
We provide a toolset for developers to build super low latency video streaming into their apps. What most people don’t know is that live video streams today typically have a lag of 30 seconds or more from when the video is shot to when someone sees it on their screen. We’ve managed to cut this down to under a second, and in many cases around 300 ms. We can do this at tremendous scale too. With our clustering solution, we can support hundreds of thousands (even millions) of concurrent viewers of a stream all receiving the video in less than a second.

Red5 Pro opens up all kinds of experiences that weren’t possible with traditional HTTP based video streaming. Things like live video interviews as part of the stream, or the ability to maintain a text chat with perfect sync with the live feed and a whole lot more are now possible.

Currently our solution is used by niche use cases where super low latency is extremely important. Things like auctions, live gaming, and Facebook Live style apps. We are starting to see the emergence of traditional broadcasters (TC, Cable, etc.) wanting to support live sports broadcasts with sub-second latency. In the future, we believe that people will expect to see things in actual real-time and won’t put up with the delays that current infrastructure provides. User behavior, particularly around smartphone usage is causing disconnects with the current infrastructure, and we believe we are poised to be the video streaming platform of the future.

So, what’s next? Any big plans?
We see a world where video broadcasts are going to be in real-time, and future TV-like experiences will become much more interactive. People carry cameras in their pockets today, and we are providing the infrastructure to enable truly interactive video sharing experiences. In the near future as we move away from smartphones and into virtual reality and augmented reality (think next gen Google Glass or Microsoft’s Hololens) experiences that low latency experience will become even more important for true interactions to happen.

Our plan is to become the platform that all live video is delivered over.