Meet Ben Paley of The Lost Collective in Allston 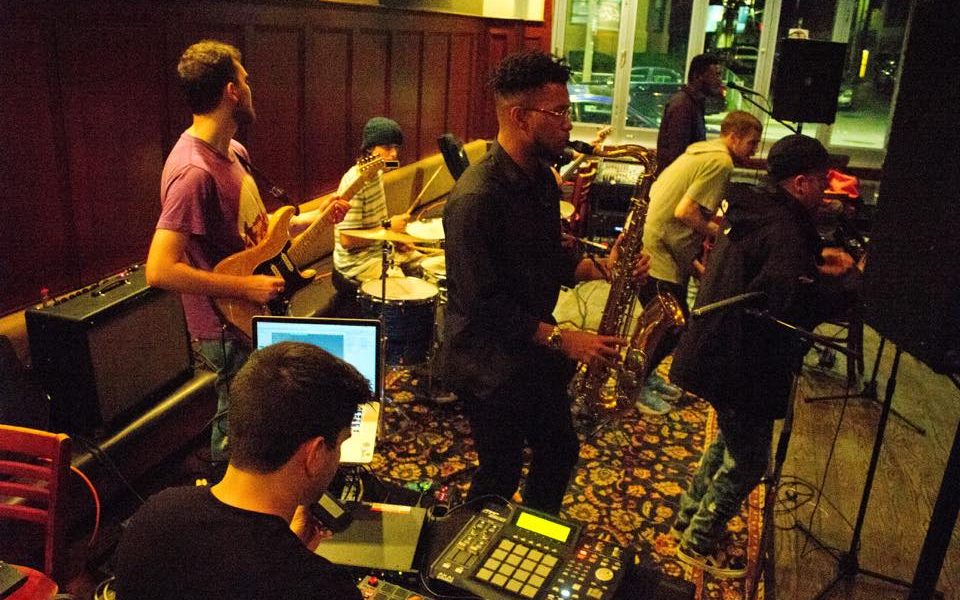 Today we’d like to introduce you to Ben Paley.

Ben, can you briefly walk us through your story – how you started and how you got to where you are today.
Chace Springborn and I started living together in September of 2014. After a few months we found our mutual love of hip-hop and started recording beats. One point we agreed on completely was the energy a live band could bring to a hip-hop show both to the crowd and to the artist on stage. I introduced Chace to Robbie ‘rhodes’ Pate and we all began writing together. We worked very cohesively and began to build the band around the three of us. Another important factor to us was to have several MCs in the band to add diversity of content. By July of the following year we had assembled the band we have now, featuring Chace, Reggie Hue and Chin as our three MCs. After playing in the Boston area for a few months we began and still maintain a residency at The Middle East Corner which happens every second Thursday of the month. These events are about music and community. Boston has a strong hip-hop scene that is not always well represented so we use these events to bring people in the community together so we can find new ways to work with each other and elevate the Boston scene. We start the night with a DJ, followed by a showcase of MCs, many from the Boston area and some from local colleges. The Lost Collective headlines with two sets of our band and MCs. It has been fun and fulfilling to watch the crowd change and grow, and to see familiar faces every month. Lately we have had some MCs from the showcase perform some of their music with the band, something we hope to continue doing as long as we maintain this residency.

We’re always bombarded by how great it is to pursue your passion, etc – but we’ve spoken with enough people to know that it’s not always easy. Overall, would you say things have been easy for you?
We have faced some obstacles from the formation of the band through its current iteration. Though largely amicable we have had some members come and go which can be difficult when consistency in sound is such an important part of what we do. I am happy to say though that we have an extremely committed and talented group now and I am incredibly grateful for their effort and patience as we continue to move forward. Another challenge has been that of playing to an empty room on a few occasions. We have played a few venues that were a little rough around the edges and had poor turn out on top of that. It can be tough to motivate after something like that happens; but now with the residency in place and gradual growth of our name recognition we haven’t run into as much of that as we have in the past.

So let’s switch gears a bit and go into The Lost Collective story. Tell us more about the business.
Our band strives for a balance between tight, rhythmic, recording-esque consistency in sound and instrumental freedom. Our system thus far is that Chace, who produces most of our music, will send the band a beat or a song he’s written for himself or one of our other MCs and we will decide if we want to replicate it as closely as possible to the recording or take musical liberties. Often we have interpreted what we’re given but maintain a steady consistent pulse because that is the foundation of hip-hop. I am very proud of the way we ensure that the core of the music is maintained but we arrange the songs in a way that allows the band to put their own unique sound on each new song. In this way we energize and breathe life into the music we play. Being a 9 piece band we have a lot of ways we can innovate, change and interpret our music in a way that is unique to us. Our level of cohesion continues to grow and I think it is very important that we never overplay or do too much. In hip-hop less is more and restraint can be the most important piece of one’s musicianship. We constantly discuss, analyze and fine-tune what we do to ensure that everyone has a part that is working to make the whole song sound better. I like to think of us as gears in a watch that all work in tandem to make the clock tick.

Has luck played a meaningful role in your life and business?
Luck has been very important to us and I think we’ve had much more good luck than bad. We were lucky to play Midway Cafe a few months ago and have Isaiah Johnson, our now saxophone player in the crowd. We were lucky to know Christian Manning who introduced us into the local scene and connected us with Reggie Hue, We are lucky to have such a dynamic trio of MCs who sound so different from each other but who work so cohesively at the same time. We are also lucky to know Robbie Pate who besides being an amazing singer and piano player has introduced us to most of the permanent members we have found in the instrumental part of our band. Finally I am lucky that I moved in with Chace who I did not know prior to being his roommate and that we were able to realize our vision with some of the best people and musicians that I have had the pleasure of knowing. We still have a ways to go but our solid foundation will give us everything we need as we continue to grow. 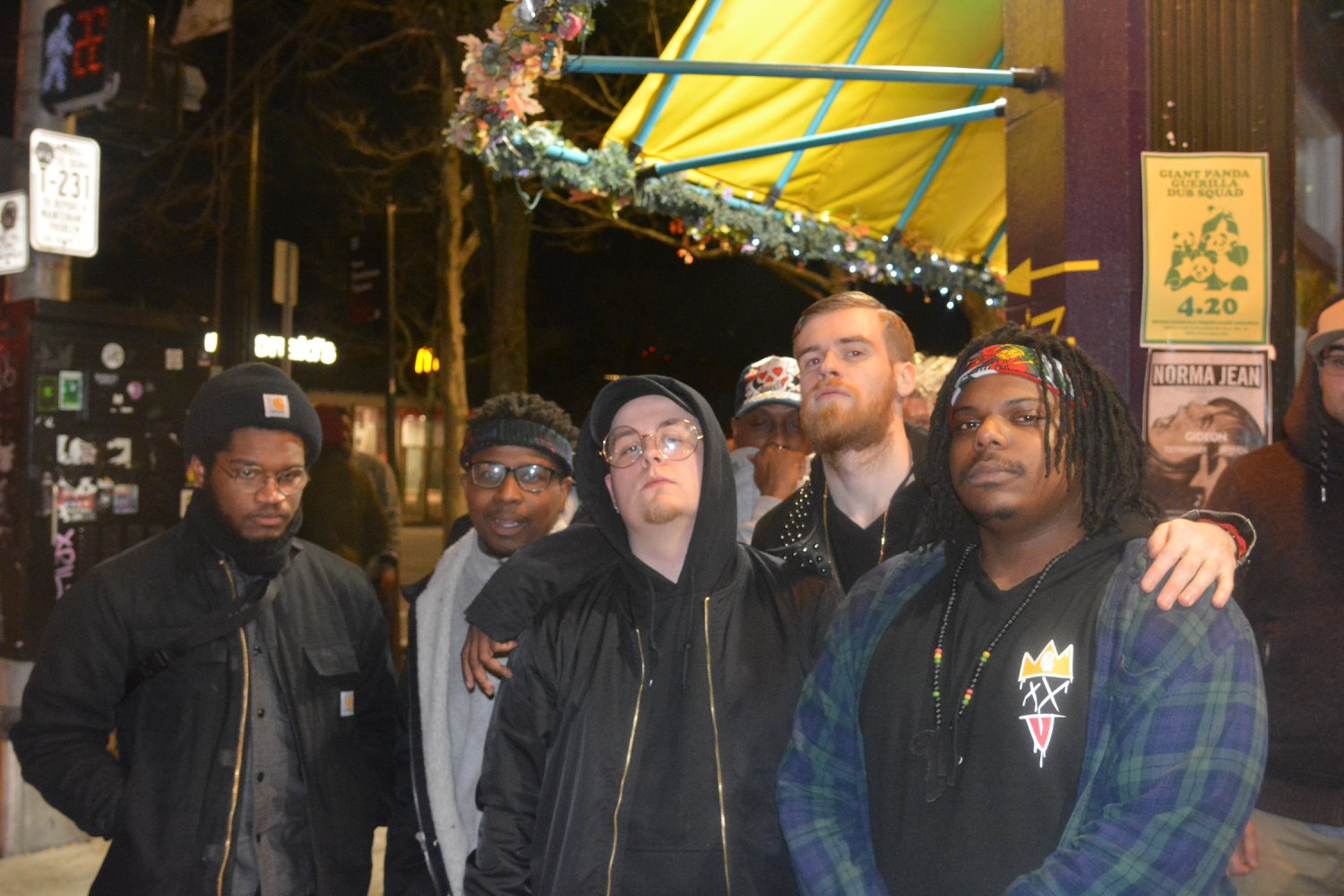 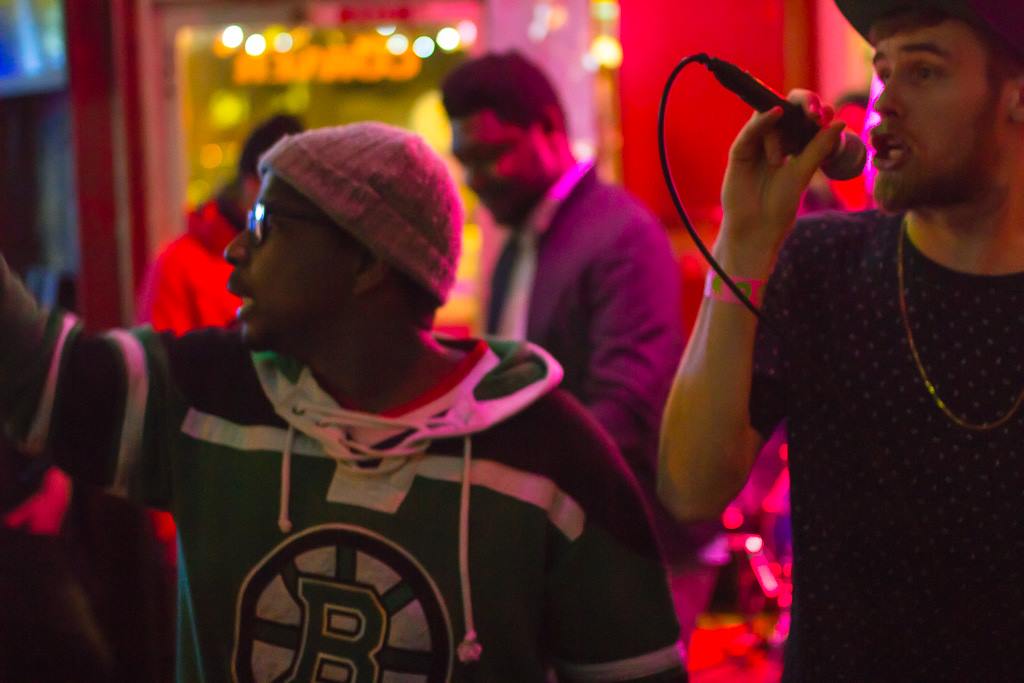 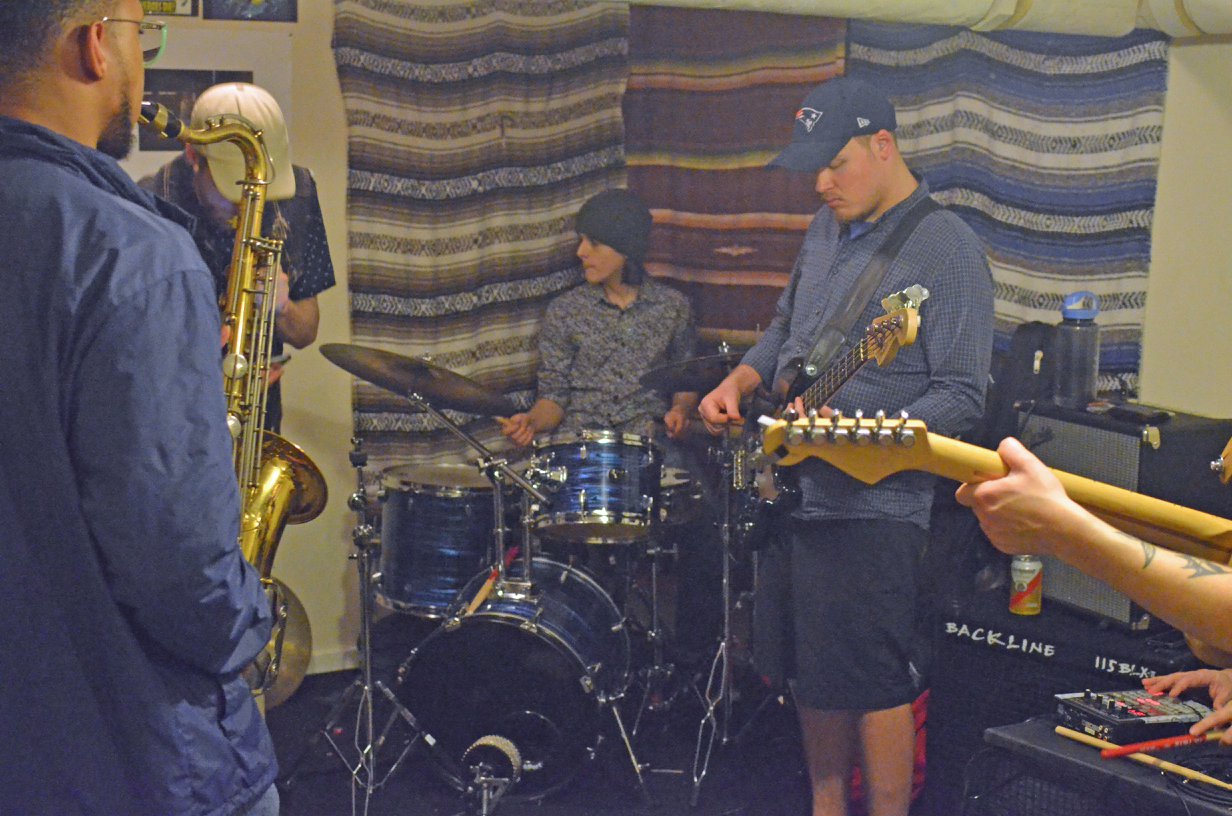 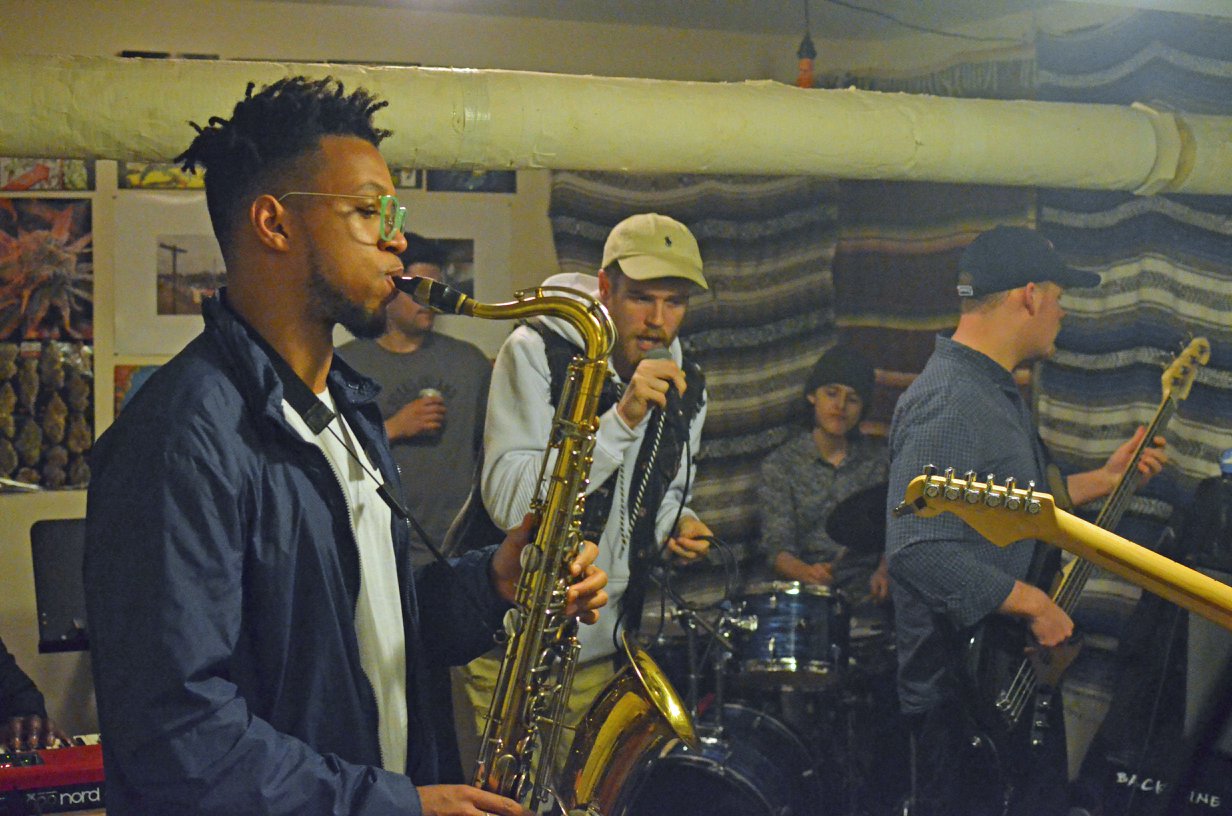 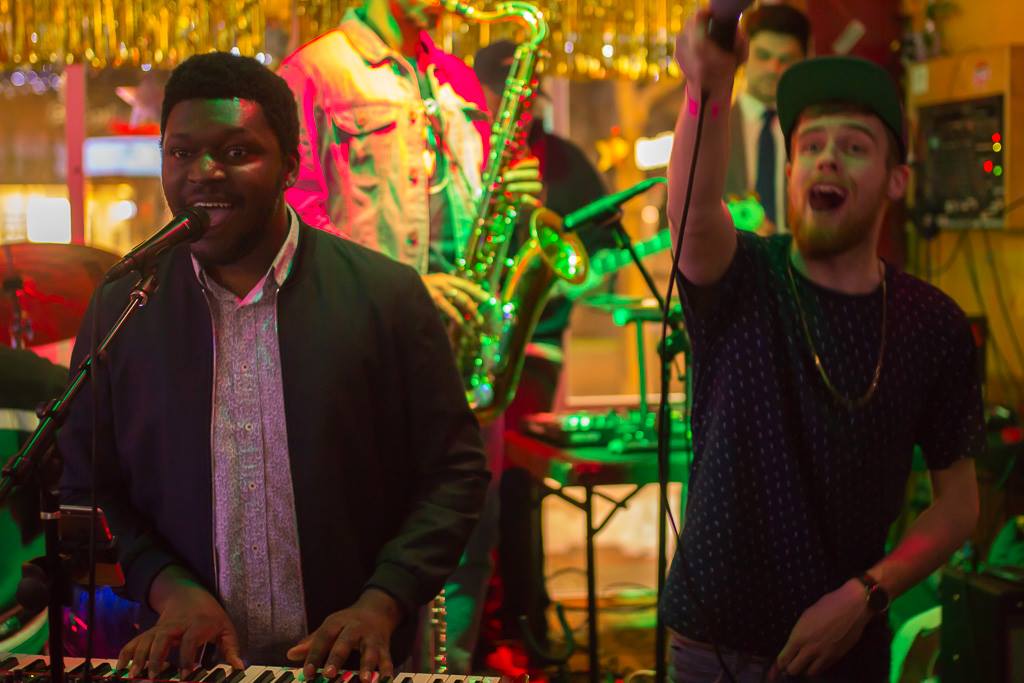 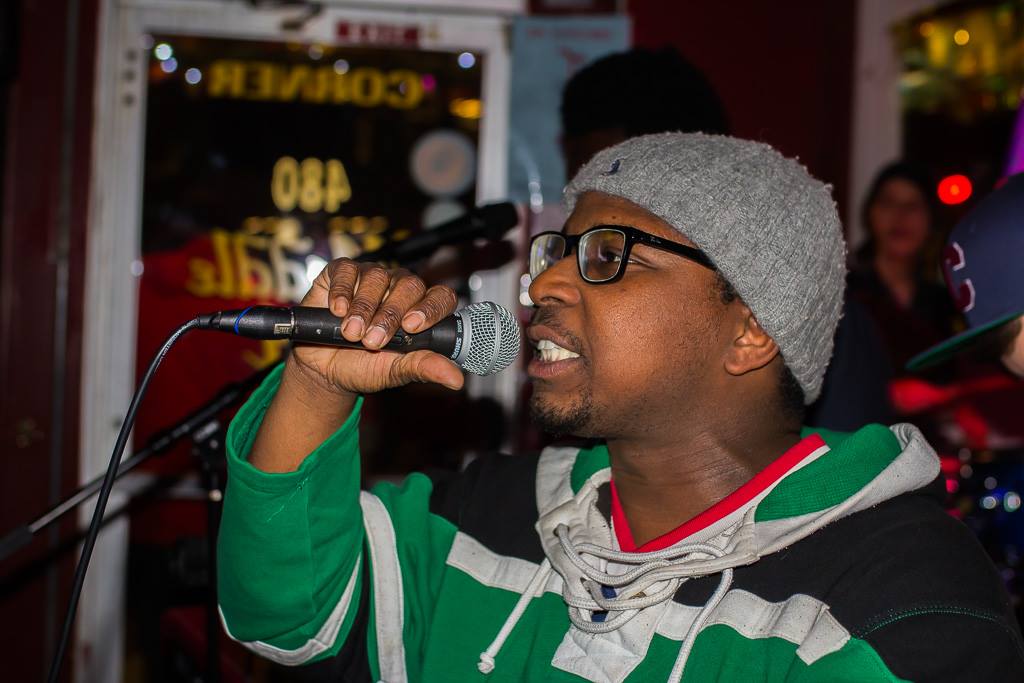 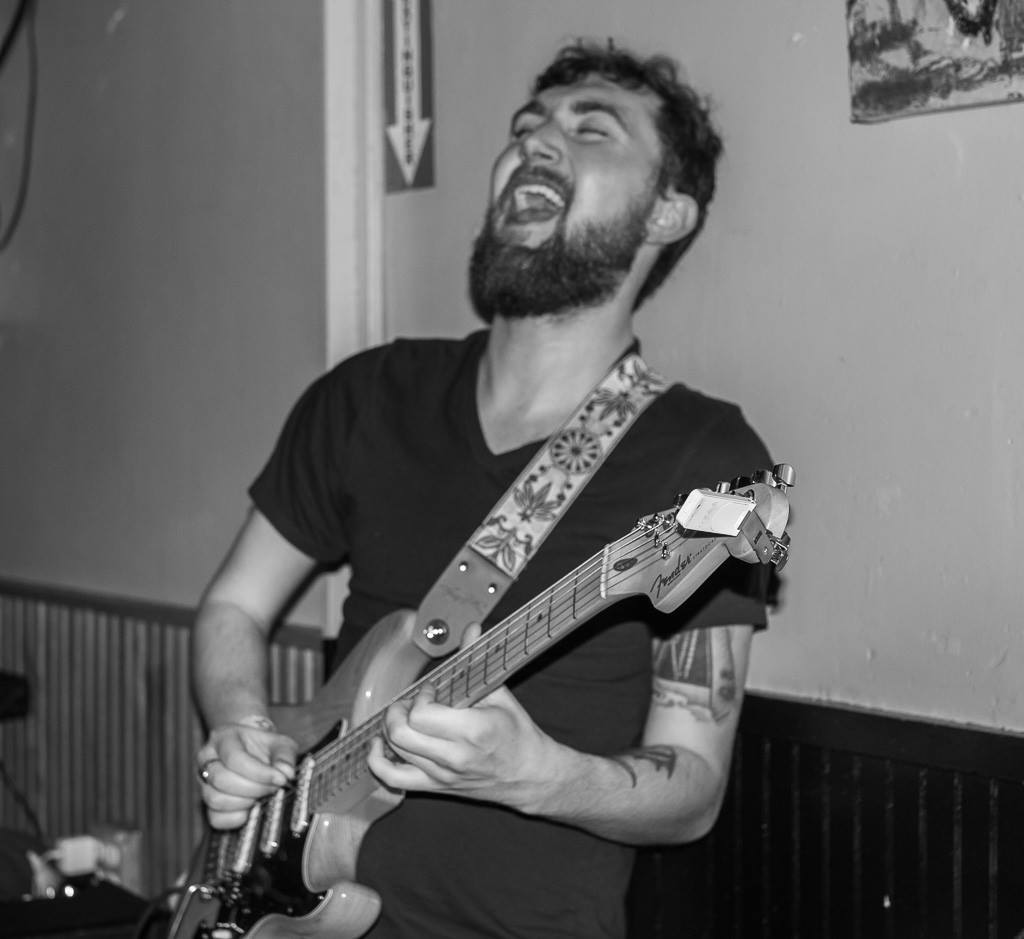 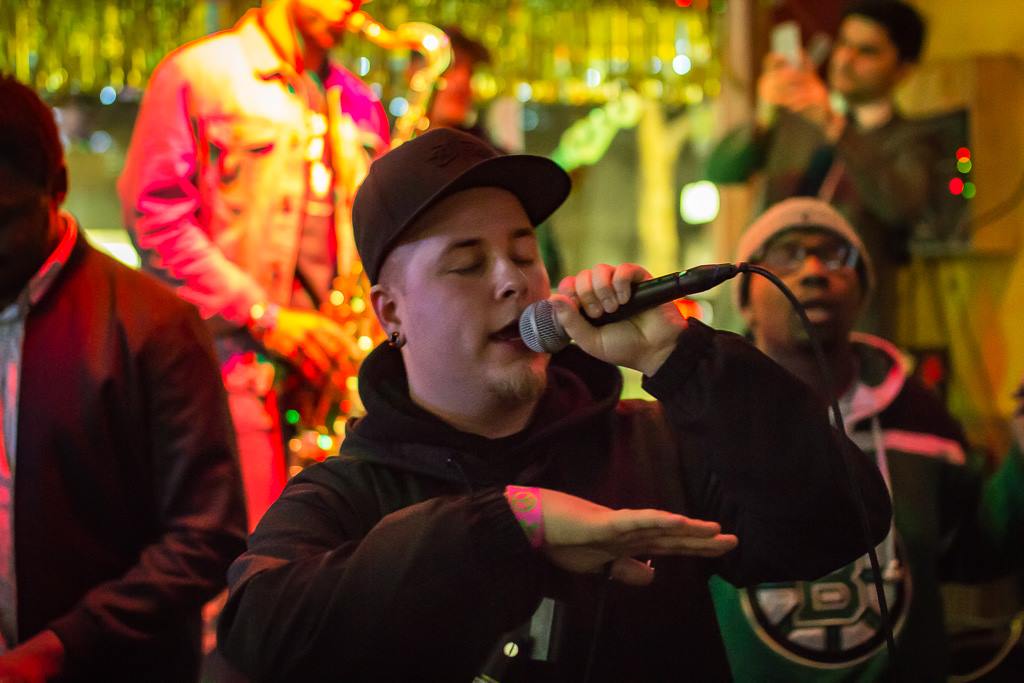