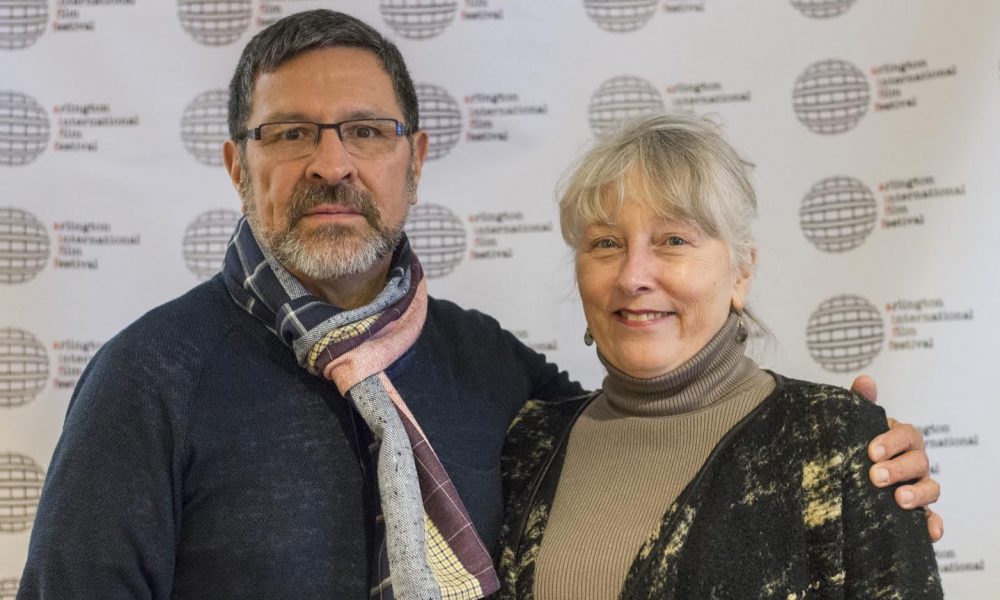 Today we’d like to introduce you to April Ranck and Alberto Guzman.

The Arlington International Film Festival (AIFF) was founded in 2010 with a mission to foster appreciation for different cultures by exploring the lives of people around the globe through independent film and to nurture the next generation of filmmakers.

AIFF has three distinct components, one being the annual Poster Contest, the High School Filmmakers Competition and its master component, that of the film festival showcasing some of the finest and most creative cinematic works by independent filmmakers from around the world.

We’re always bombarded by how great it is to pursue your passion, etc – but we’ve spoken with enough people to know that it’s not always easy. Overall, would you say things have been easy for you?
Growing a business or an organization requires a great deal of dedication. AIFF takes great pride in its collaborations and its commitment to building vibrant partnerships with organizations, businesses, educational, arts and cultural institutions in New England and beyond.

We have also forged numerous business relationships, RCN being our Gold Sponsor since the inception of the Festival. The partnerships and relationship building continues in order to continue to grow the Festival.

So let’s switch gears a bit and go into the Arlington International Film Festival story. Tell us more about the business.
With the founding of AIFF in 2010, the Poster Contest Competition was the first project to spin-off connecting film with the arts. This year the competition was offered exclusively to the illustration department at Mass College of Art & Design. The poster submissions are evaluated by a panel of judges with expertise in composition, design, public relations and marketing and evaluated based on visual appeal, content and marketability. The selected poster design appears around the world in various forms; i.e. print, TV, international film boards and web promotions. The winning artist is announced at a press conference/reception and awarded a cash prize of $500. This year’s winning artist is Joshua Chase.

Our annual Festival held in October continues true to its mission to foster appreciation for different cultures through independent film. Our submissions have grown from 47 the first year to now more than 2000 and our jury from 3 to an esteemed panel of 14 members. We screen documentary and narrative shorts and features, and animation shorts. We continue to be amazed at the creativity storytelling that we receive.

A 2-hour block is set aside during the annual Festival to present the juried program of High School Filmmaker Shorts followed by a discussion and reception. The ‘Call for Entries’ is now registered with UNESCO whereupon we receive amazingly creative shorts from young filmmakers as local as Boston and as distant as Siberia.

Recently, we introduced a TV series in collaboration with Arlington Community Media titled AIFF introduces Conversations with Indie Filmmakers. Conversations is a bi-monthly series of interviews with filmmakers, editors and those in the industry. The purpose of this series is to offer insight into the creative world of filmmaking and share the personal journey of a filmmaker in making and producing a film. These conversations are intended to empower the indie filmmaking community, create a platform for sharing experience and knowledge…the insider’s world of the do’s and don’ts of producing a film.

The 1st of these Conversations was with filmmaker, Rick Beyer and principle of RULE Camera Boston, John Rule followed by the 2nd of the series with filmmaker, Alice Bouvrie, editor/filmmaker, Bernice Schneider, and Alison Couples from High Output Boston.

What we are most proud of is our mission. Our name is becoming known in greater Boston and we feel privileged to stand on a positive platform fostering appreciation for our neighbors and encouraging peace.