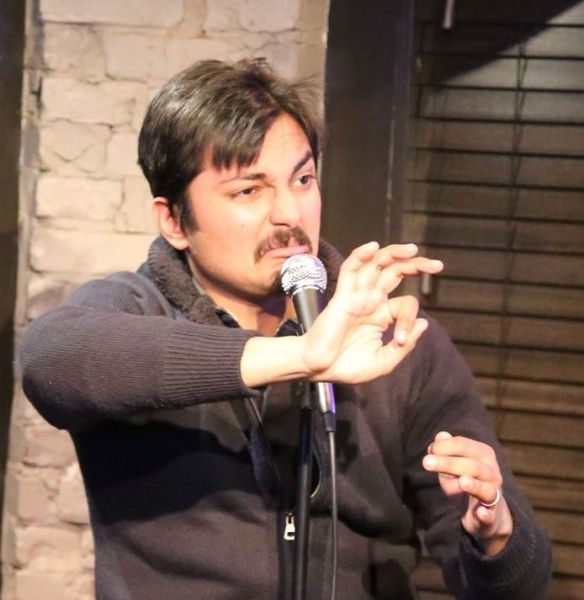 Today we’d like to introduce you to Anjan Biswas.

Anjan, let’s start with your story. We’d love to hear how you got started and how the journey has been so far.
My personal story is too long and weird so I’ll just talk about how I started Cityside. I used to work as a bar-back at a college bar called ‘Roggie’s’ in Cleveland Circle. It wasn’t particularly well-managed or run and it got shut down. At the time, I was dead broke and had pretty much all my eggs in the comedy basket, which was really naive and stupid of me. It did occur to me, though, that with Roggies’ demise, college kids would only have one viable destination for their debauchery – Cityside Bar! So I went over to Cityside with my good friend and collaborator Tyler Gist, and hat in hand, we pitched the idea of a free Monday night comedy show. Mondays are light for businesses, so they were down, on the basis that we packed the show out. And we did! It wasn’t easy, Tyler and I would stand outside the bar for hours beforehand yelling ‘free comedy’ to strangers to get the word out. Really old school stuff. That’s called barking, and it sucks.

It paid off though, and now, three years later, the show has had the likes of Jeff Ross, Gary Gulman, Sam Jay, Tim Dillon, and Sasheer Zamata come through. My current co-host, Sam Ike, and I, haven’t had to bark once! The show packs out every Monday and is widely recognized as one the best comedy shows in the country, and definitely the best free show. It’s been featured multiple times on SiriusXM, and we have crazily famous drop-ins all the time. On a Monday night! Probably the only reason it’s worked is because I’m a really good comic and so is my co-host and at Cityside we only work with really good comics so the bar for entertainment is very high.

Has it been a smooth road?
Absolutely not. I’m a poor kid from India. Well, my family was middle-class, I guess, but the standards for that are different outside of America. I lived most of my growing-up years in Singapore, and came to the U.S. for college with this dumb dream of making it as a comedian.

Growing up was rough. My dad worked real hard to make ends meet for my family and my mom was crazy. The society I grew up in was incredibly racist. Way more than is conceivable to the typical American brain. American racism is the lite version of what you get in other countries! You don’t have to put that in the final edit, but it’s true!

This prepared me well for everything I would have to deal with in comedy. Running a comedy show and doing comedy are incredibly easy ventures to start, but incredibly difficult to do well. People doubt you all the time! ‘Funny’ is one of the most devalued intangibles in society today – everybody thinks they’re an expert at it and the truth is, almost NOBODY is hahaha. We’ve had some rough nights! I remember one time, right after Trump got elected, one of our (black) comics got heckled by this very brazen, very drunk trump supporter, in a very weird and racially charged way. It was bizarre. Someone got the whole thing on video, that went viral, and ever since then we’re at capacity every Monday night. It’s so wild because we’ve done everything to promote that show, and nothing worked better than a random racist heckler! I’ve since lobbied the idea of inviting him back but my co-host and the venue keep veto-ing it. Oh well.

So let’s switch gears a bit and go into the Cityside Comedy story. Tell us more about the business.
Cityside Comedy is one of the best comedy shows in the country, and without a doubt, the best free show. It’s amazing that we’re able to do that on a Monday. The show is focused around a headliner, who does a long set, usually around 45-minutes. This person is typically someone who is an absolute monster at their craft, and more often than not someone whom our audience has seen on the television or heard on the radio. We’ve had comics with massive podcast followings like Jared Freid, Corinne Fisher, and Krystyna Hutchinson do the show too. It’s always unique and interesting for the audience to get to see someone who they would typically see on TV perform in an intimate bar setting! This is where true comedy comes to live.

Sam and I are very picky about our acts, and the rest of the show is comprised of some of the world’s best comics doing short sets to warm the audience up for the headliner. Very often, we’ll get a famous drop-in like Jeff Ross, Gary Gulman, or Sasheer Zamata, and we’ll have to keep it hush-hush even though we’re bursting at the seams. I don’t work a 9-5, but I have, and I think that part of the reason this show thrives is it’s such an easy way to stave off the Monday blues. It gives folks something to look forward to on Sunday – it’s an extension of the weekend, really!

How do you think the industry will change over the next decade?
I’m not the first person to say this – the comedy bubble is definitely going to burst. There’s just too much comedy. Most of it is very bad. I’m confident Cityside Comedy will survive that, for a couple reasons. The establishment could not be more supportive. Cityside Bar is a fantastic, classy venue and the people that own and run the place are not only great people, but they love comedy. They don’t just look at us as a dollar sign, even though we really do bring in a lot of business! Paul and Anthony, the GMs, are great comedy fans and they just love the show. The second reason we’ll be fine is because of the comics we get. They’re really good, man. I can’t emphasize that enough. 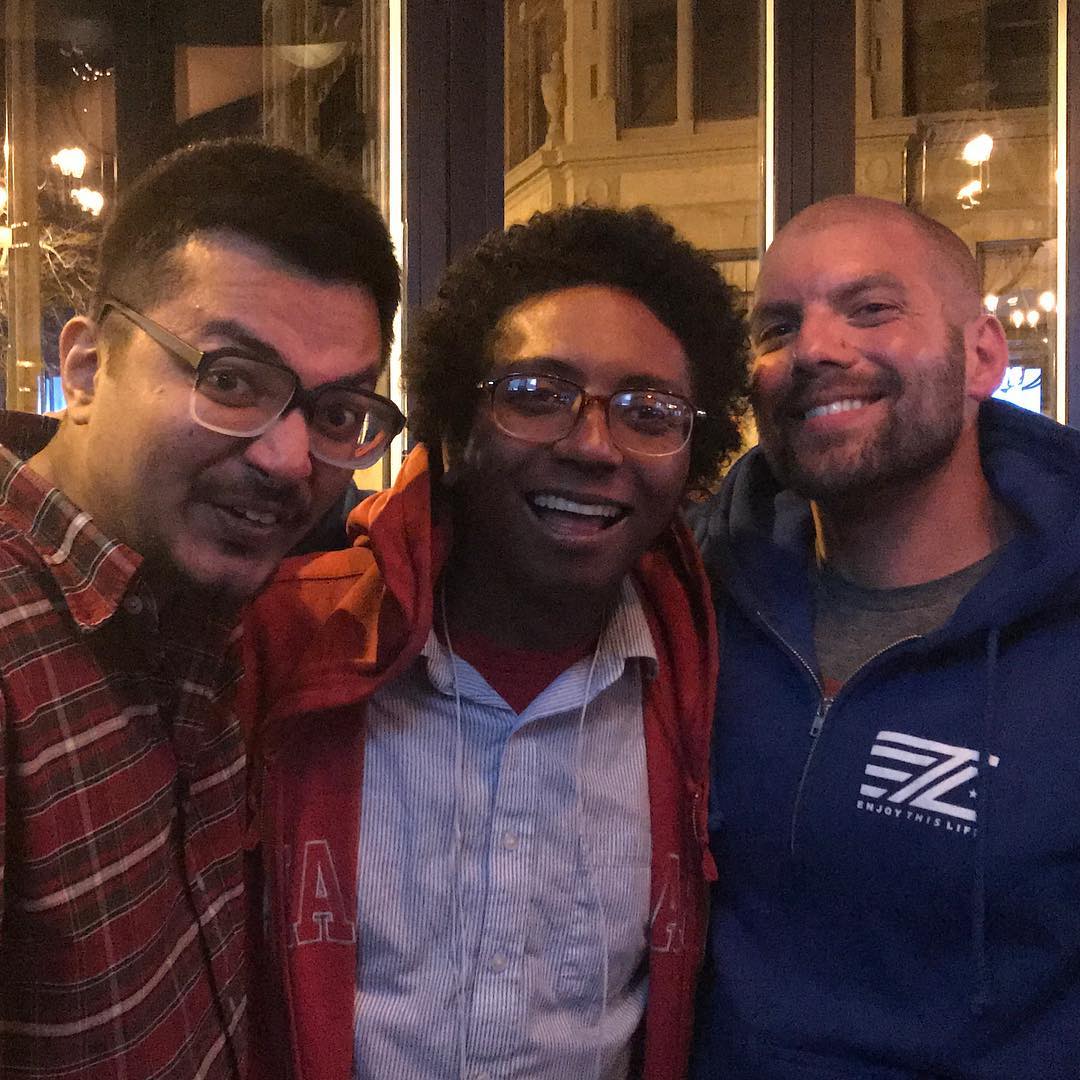 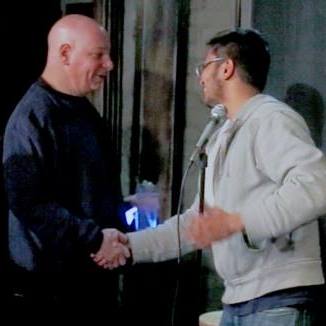 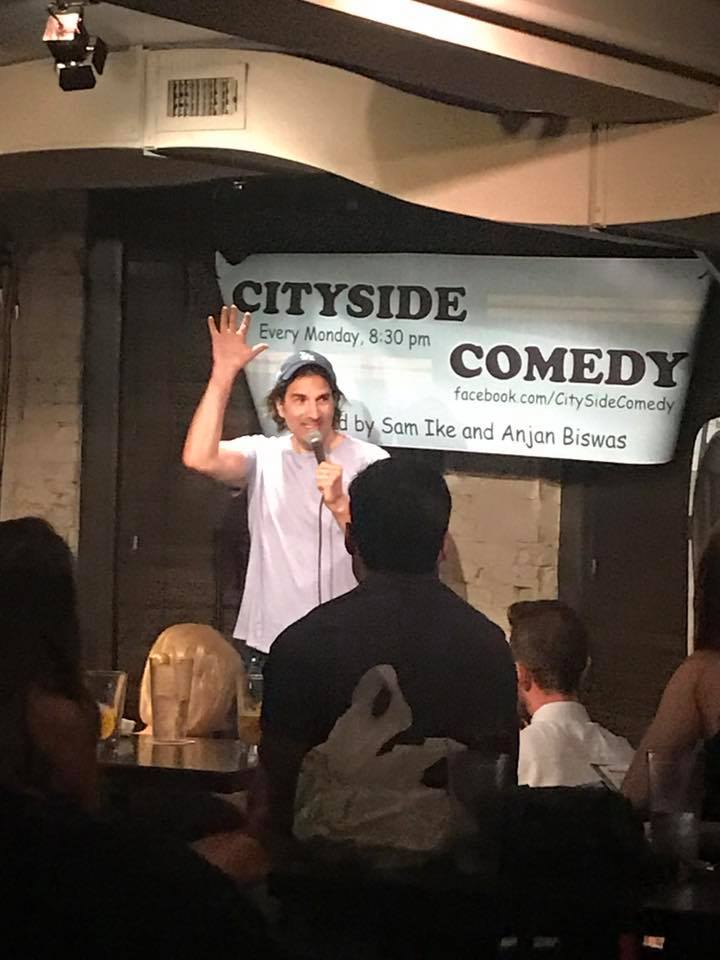 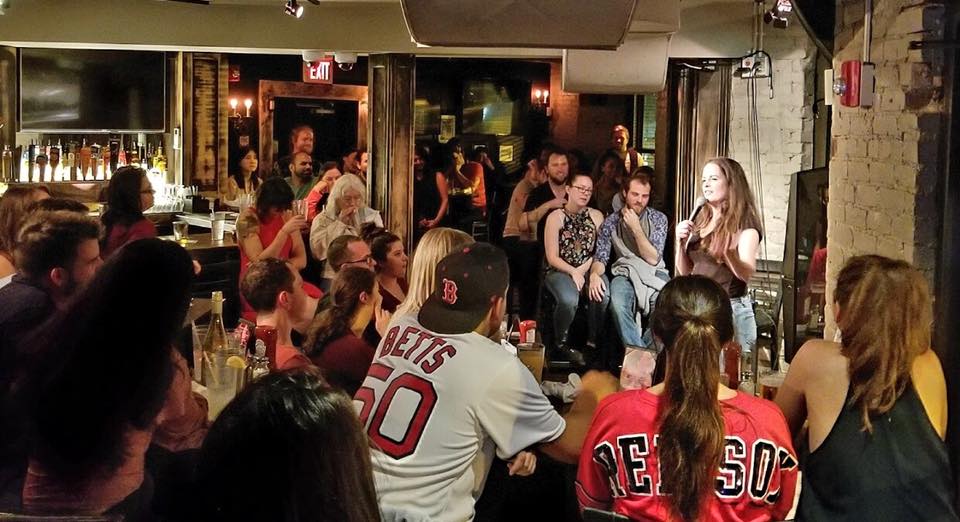 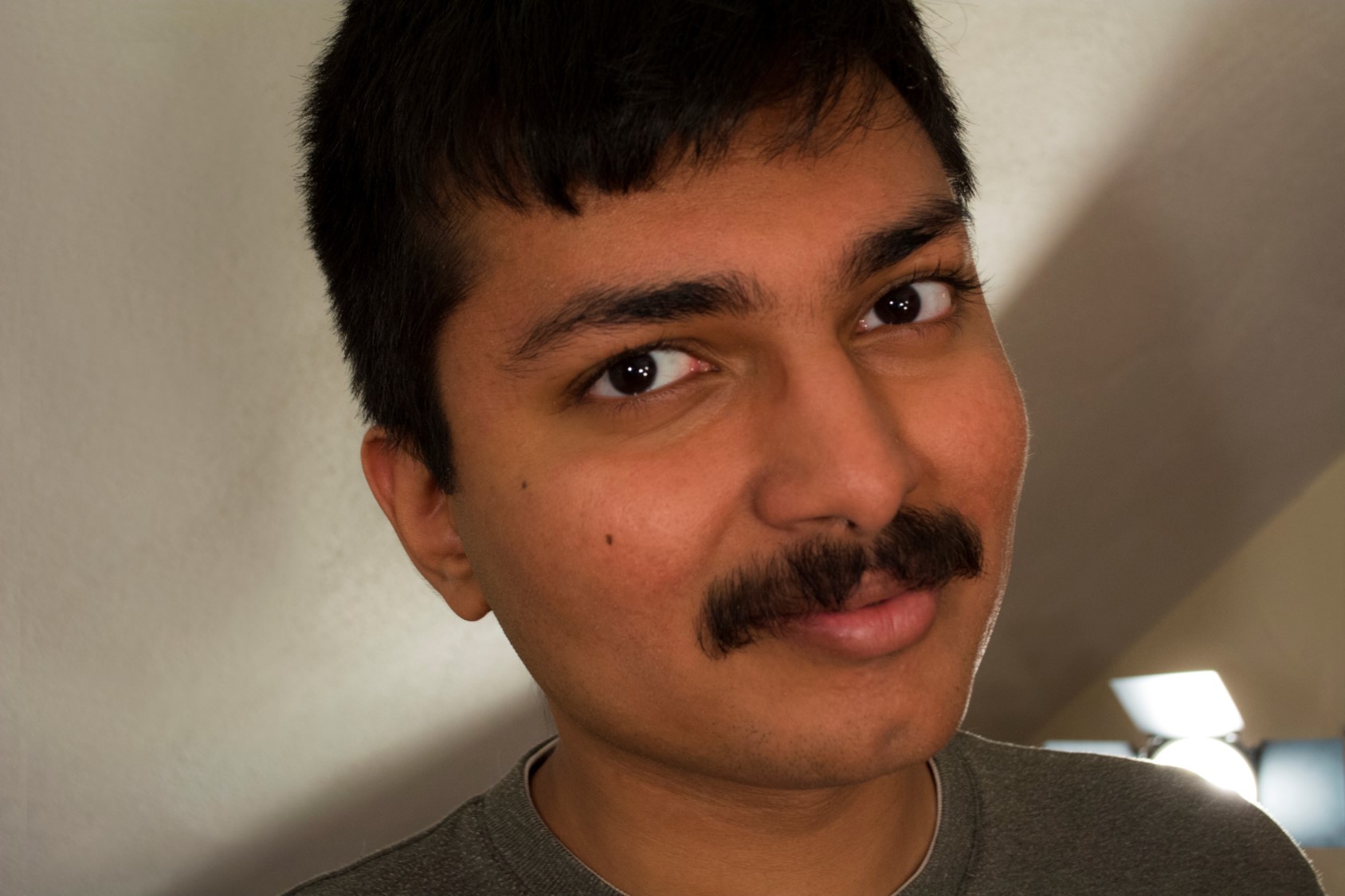 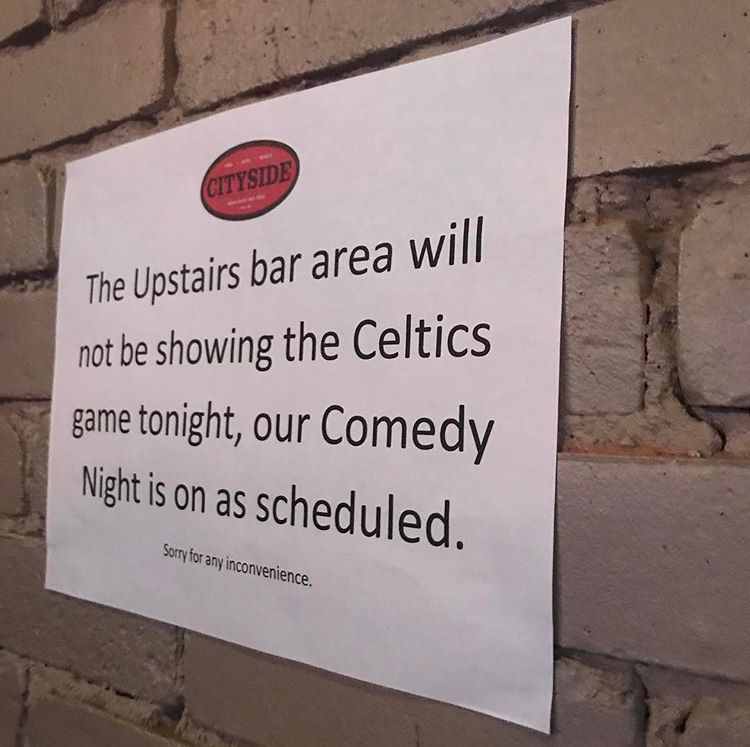 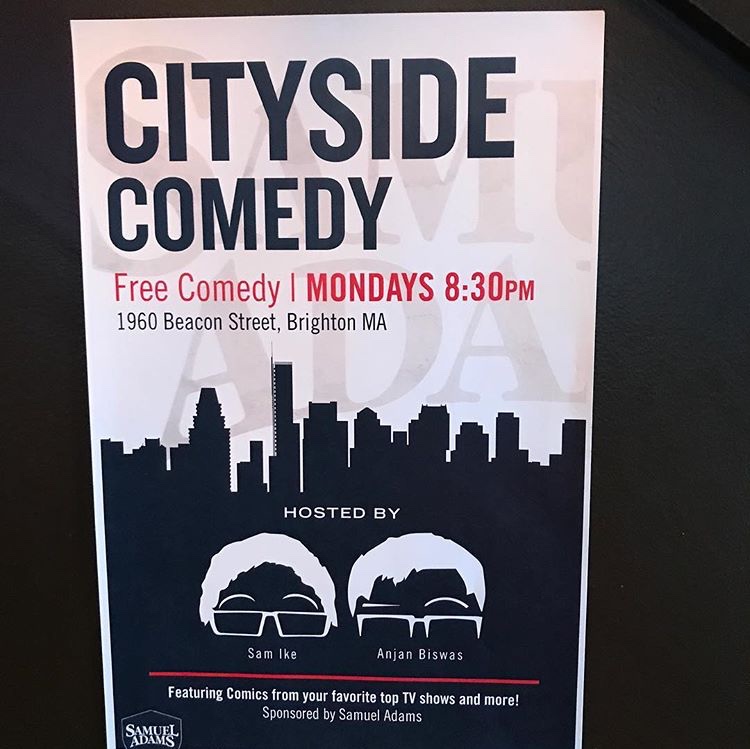