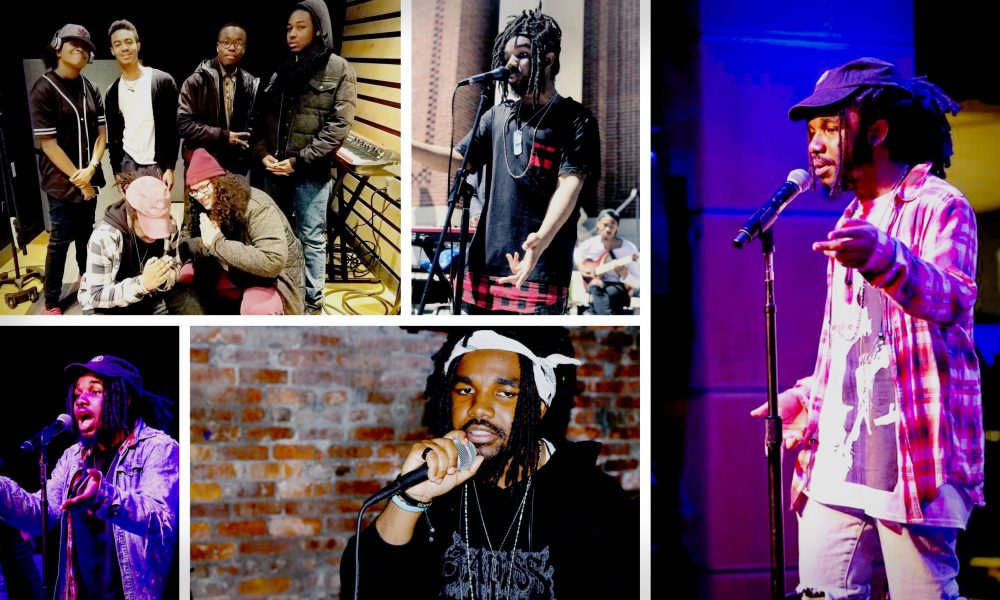 The heart of our mission at the BostonVoyager is to find the amazing souls that breathe life into our city. In the recent weeks we’ve had the privilege to connect with some of the Boston’s finest artists, creatives, entrepreneurs and rabble rousers and we can’t begin to express how impressed we are with our city’s incredibly deep talent pool. Check out the rising stars from Roxbury and surrounding areas below. 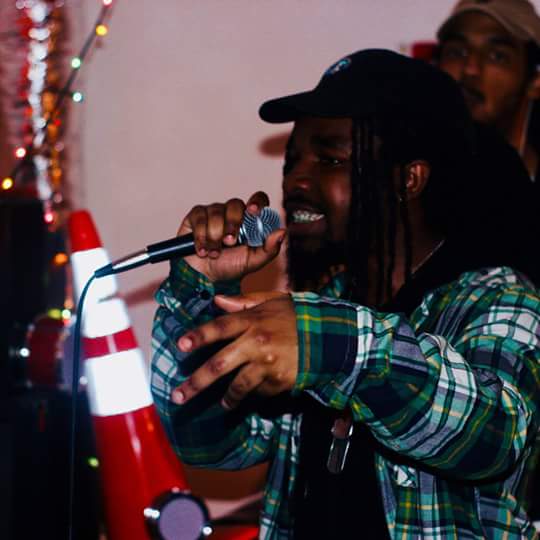 Something I wanted to do. That’s when I started writing actual raps. I also did battle for a little too. I really sucked at first but got way better with time. It wasn’t until around the 6th grade that I got more into an artist like J. Cole, who really showed me about song structure and how I could write one. Once I got to high school, I was good enough to befriend and catch the eye of people I make music with today. Read more>> 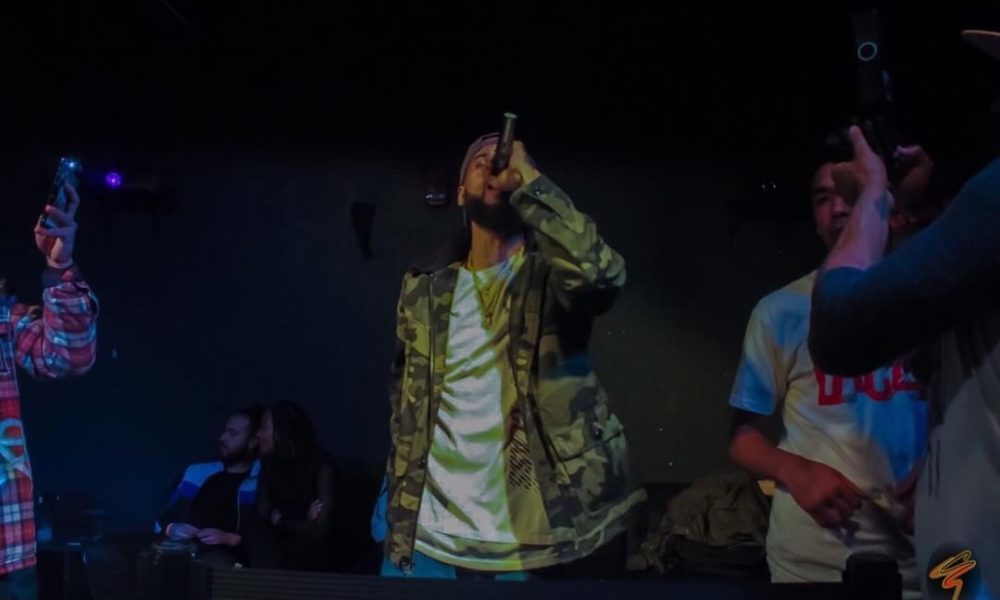 Through the journey of learning how to perfect a craft I loved, I was dealing with personal life issues such as homelessness, unemployment, circumstances around me, family issues, etc. So, I never had the chance to sit down & orchestrate a strategy for this music thing until 2017. In 2017, I was able to financially stabilize myself to the point where I could sit back & plan what I wanted to do. I moved to Los Angeles, CA from Boston, MA to pursue my dreams of music, film, modeling, fashion. Read more>> 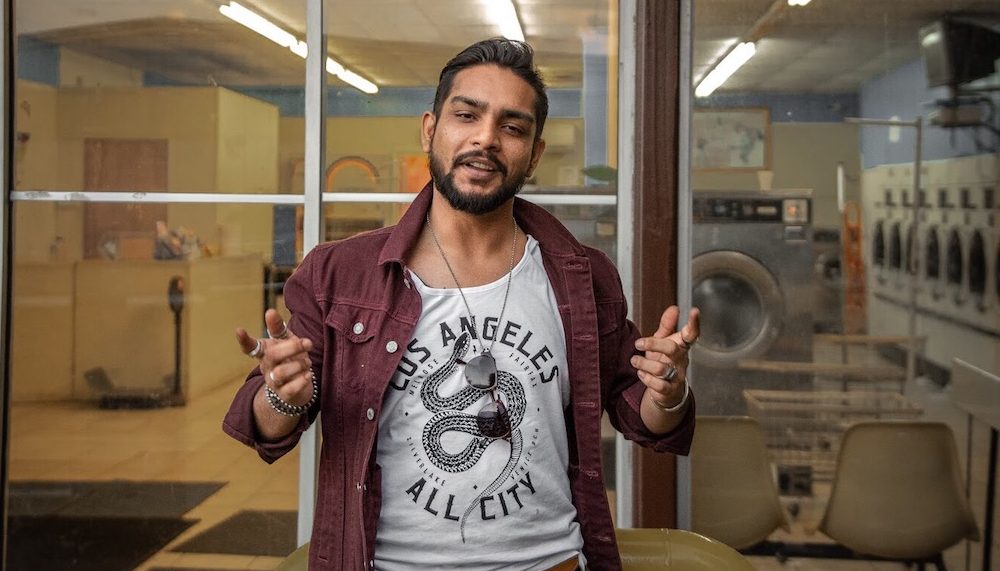 My gypsy soul moved to Boston about a year and a half ago, after getting a call from a friend who was the only one I knew in Boston (not another single soul) mentioning he had some work for me that paid off pretty well. Eventually, I managed to connect with like-minded creatives who wanted to make an ‘impact’ here in Boston and around with whatever they excelled in, I have always been attracted to voids at occasions where I tried to figure ways out to fill them and give something back. Read more>> 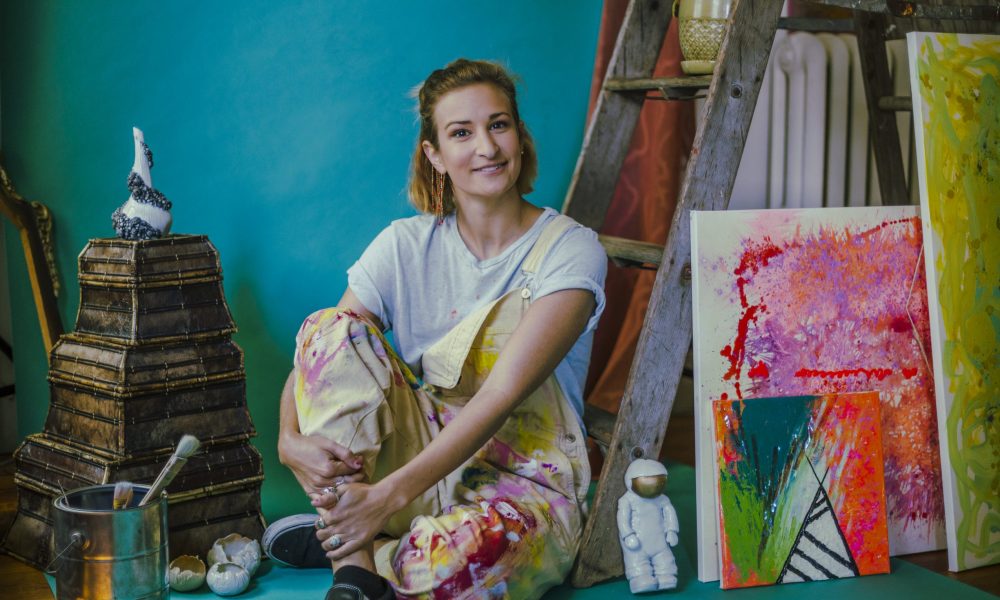 I have always been drawn to bright colors. As a child I could often be found wearing different bright patterns- and lots of glitter. I feel that at a young age I began to use color as a means of expressing myself. In elementary school I had many tutors in math, spelling and basically everything, and I hated school because of it. My ADHD made it impossible to sit still long enough to absorb anything. Read more>> 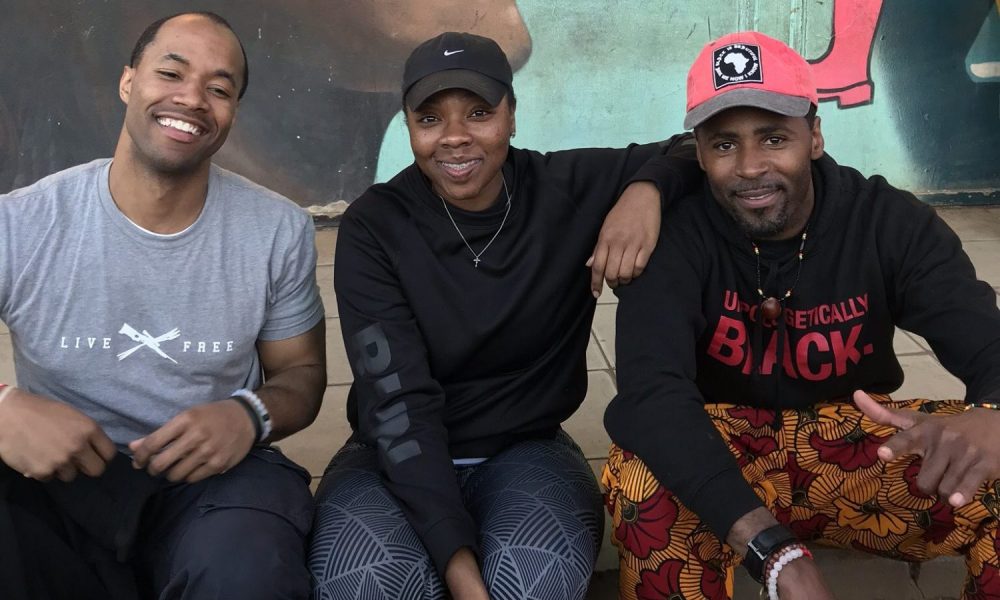 Sports played a big part in my development. Luckily for me, there was a Police Athletic League across the street from my house. I grew up in the P.A.L building from K-8th grade. It was more like a safe haven. I also grew up in the Boys and Girls club, spent all four years of high school going there. It was at the boys and girls club where I allowed the first adult to serve as my mentor. Read more>> 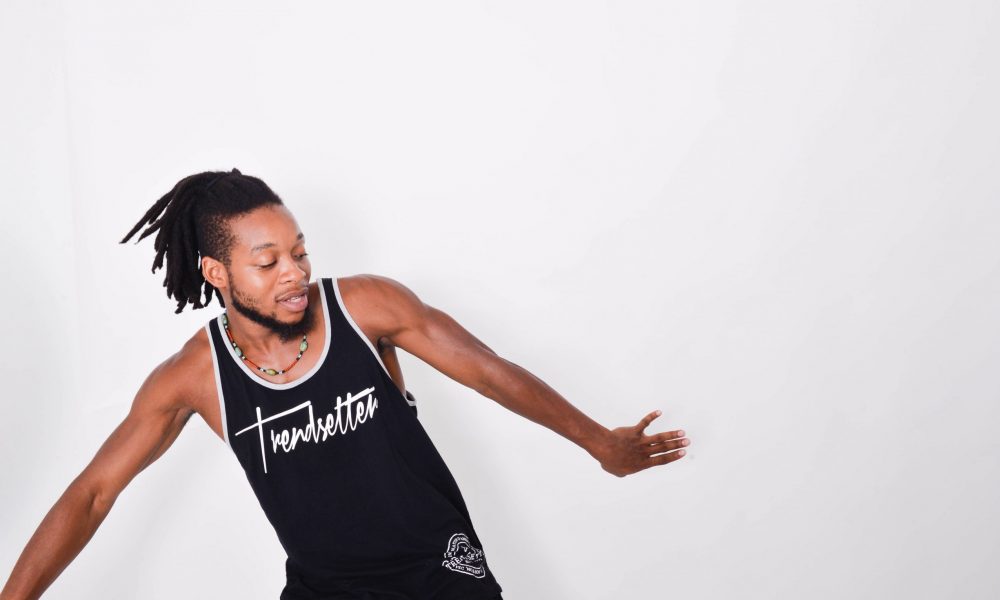 In 2009, seven individuals started Trend Stream in a small Regis College Dorm room in Weston, MA. Our goal at the time was simple. We attended a few bad college events and wanted to change the face of college parties in the greater Boston area. The partnerships we made with many students organizations allowed us to leverage our following to the point where we started hosting & curating our own events at different venues across New England. Read more>> 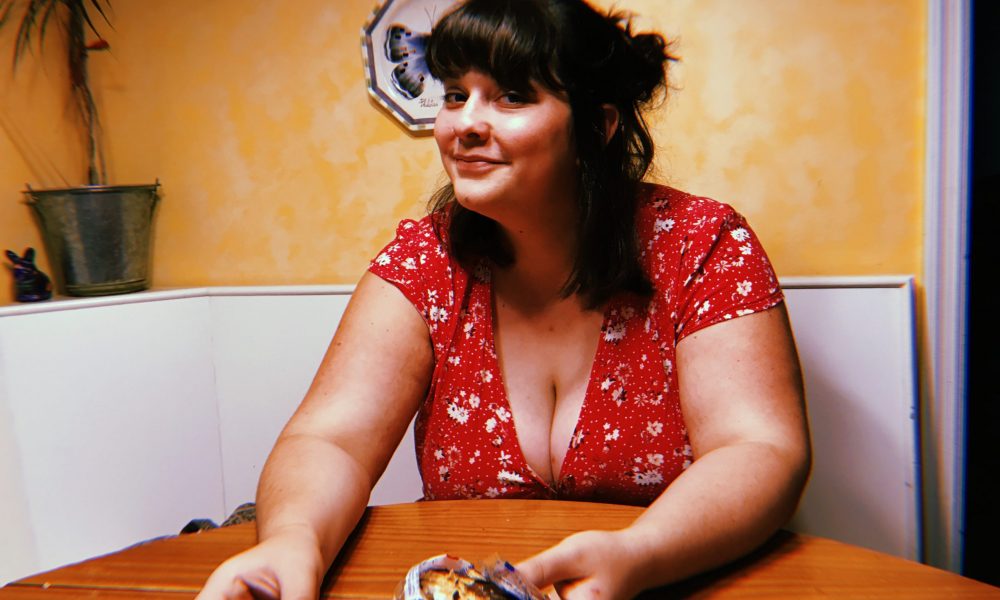 Like most of my peers at MassArt, I have been tactile for as long as I can remember. I am currently a student double-majoring in fibers and SIM (the Studio for Interrelated Media) but I started out drawing. I also loved playing outside as a kid and using my hands. I spent hours making mud pies and drying them, mashing up chalk to make face paint and making “perfumes” out of finding leaves. I continued to draw throughout all of my years at school and by the time I was applying to art schools, my portfolio was primarily Sharpie drawings and mixed media work. Read more>> 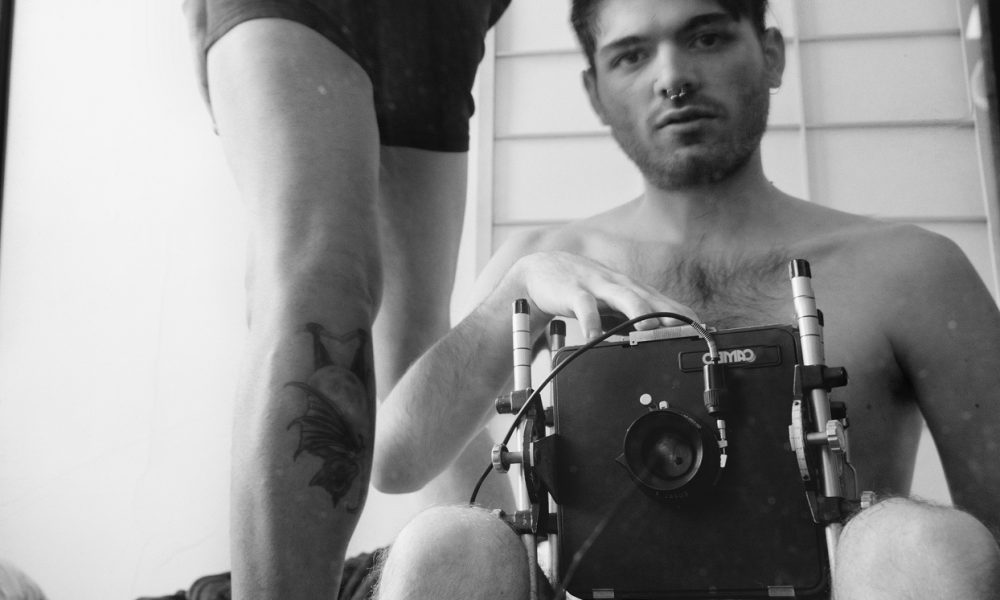 As far as photography goes, I had begun the practice when I was in my late teens. Portrait and still life photography were things I picked up in my undergraduate years at Purchase College – a State University in New York. There, I had photographed my surrounding queer community as well as quite personal details of queer lives, corresponding with local archives (ghost stories, found photographs, and experiences others had passed on to me) in certain areas of the East Coast – Long Island New York, Upstate New York, and parts of Connecticut. Read more>> 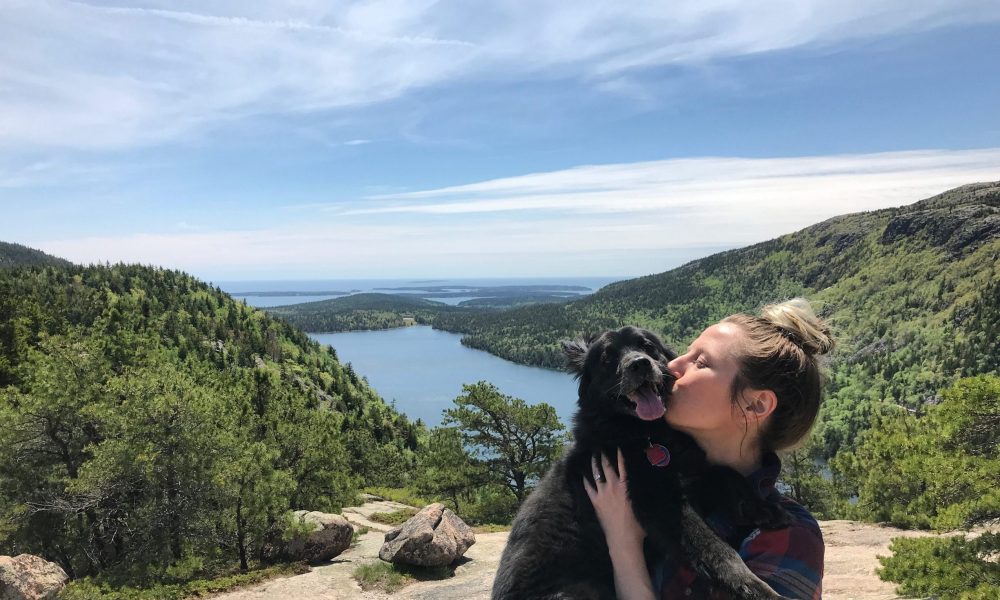 I come from a very creative family so, from a young age, I was exposed to all forms of art. It was about 20 years ago, however, that I first fell in love with clay and knew it would always be a part of my life. My high school art teacher had only one kick wheel and a couple electric wheels which not many of the kids took advantage of, but I remember that was the only place I wanted to be and couldn’t get enough. Read more>> 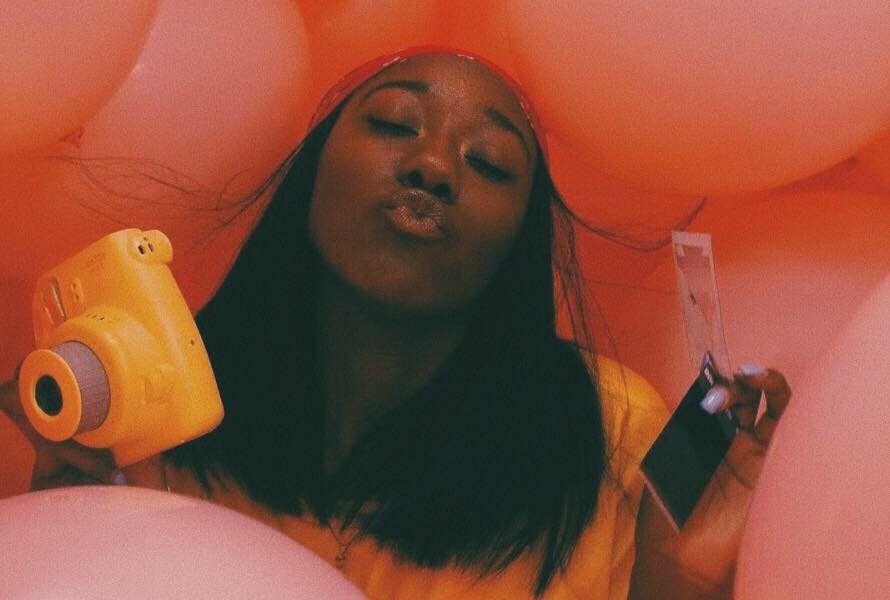 Last May, my cousin, Kris Nevaeh Tyler, took me to an event that was apart of an organization for models and photographers called Girl Magic Meets! She took many beautiful pictures of me and from that day on I became very interested in modeling. We do shoots with that organization all of the time and we do our own separate shoots. I can be shy in front of the camera, at first, but after I get comfortable it’s almost as if it comes naturally. I’ve never been into modeling because I didn’t think I was pretty enough for it. Since then, my self-esteem has gone up tremendously and modeling is one of my favorite things to do— besides dance and sing. Read more>> 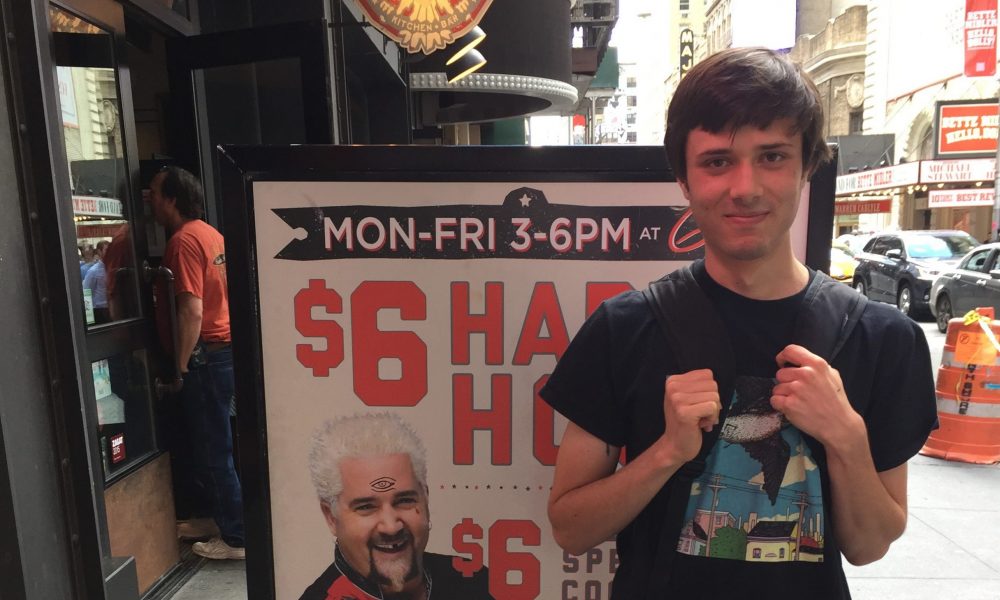 Growing up I always had an interest in art. When I was a child, I took classes once a week at Don’s Art Shop in Warren, Rhode Island. I loved the classes, and they helped spark my creative endeavors. I remember Don awarding a student each week with a prize (usually a colored micron pen). Read more>>